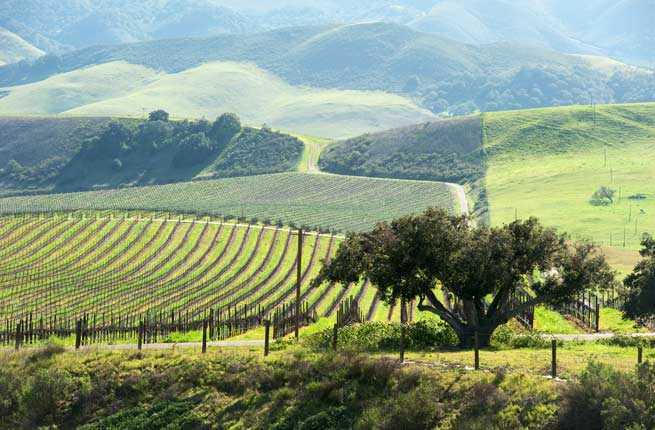 For wine lovers there is no better journey than to the Mother Lode: traipsing through sun-dappled vineyards or sipping wine a few steps from the barrel room. During harvest season (early autumn in North America and Europe; spring in New Zealand, Australia, or South America) tractors zip up and down roadways and workers pick grapes at a rapid pace, intent on bottling the best vintage yet.

Where to Stay and Dine: With just three rooms, Sundance"> opened in July on an estate vineyard. Then, clustered around Paso Robles’ town square are several eateries, including newcomers Estrella (Latin-inspired tapas plus Caribbean-infused entrees) and La Cosecha Bar & Restaurant (celebrating foods from Spain and South America). 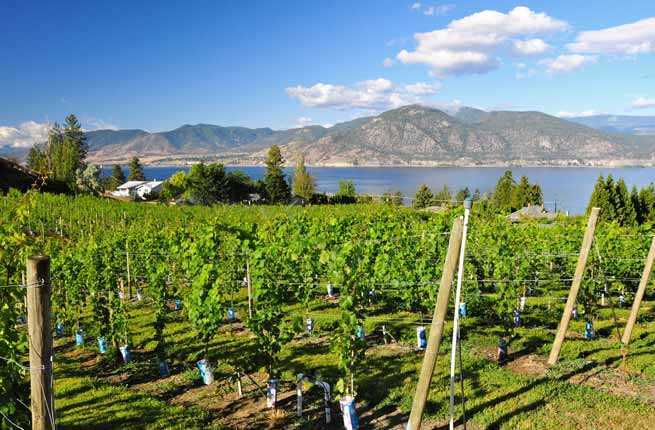 Eclectic and artsy, Canada’s second-largest wine region has yarn bombing (Vernon), Aboriginal culture (Kamloops Art Gallery in Kamloops), and agri-tourism (Tranquille Farms, in Kamloops). In the wine hub of Oliver, which is within the Great Basin Desert, are just over 100 vineyards.

Where to Stay and Dine: Spirit">—the valley’s Southern-most town (and 20 minutes from Oliver)—boasts Solterra Desert Spa and Mica Restaurant (overlooking vineyards). Open since 2011, Terrafina"> in Oliver serves dishes with local foods (like Dungeness crab and corn pizza) paired with the winery’s vintages. 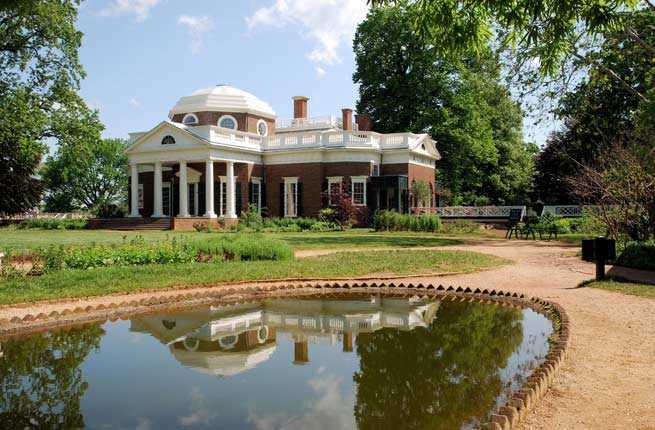 Where to Stay and Dine: Charlottesville (home to the University of Virginia) is just minutes from Keswick">, a 48-room hotel on 600 acres. This fall Charlottesville welcomes Parallel">, named for the 38th Parallel, with 38 wines by the glass and a 100-strong list of boutique wines. 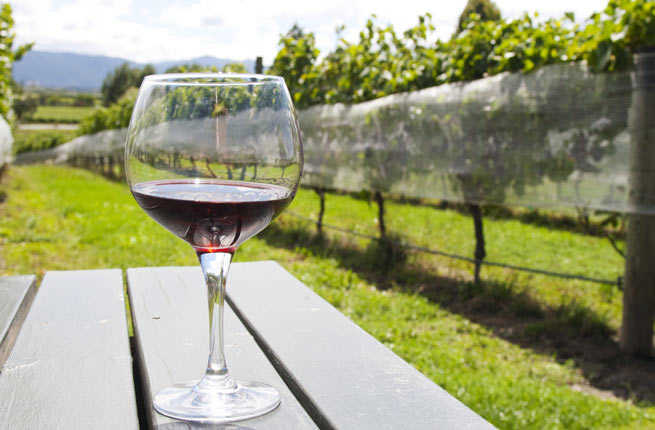 For a laid-back, crowd-free ambiance, and easy access to surfing and fishing spots nearby, Marlborough on New Zealand’s South Island is king.

Where to Stay and Dine: The newly renovated Scenic"> in Blenheim, just outside of Marlborough, features New Zealand wines in the year-old Mondrians Restaurant. At Cloudy"> during the summer months, pair its wines—including the brand-new Te Wahi Pinot Noir from the Otago region—with lunch. Or sip a glass from a hanging egg chair. 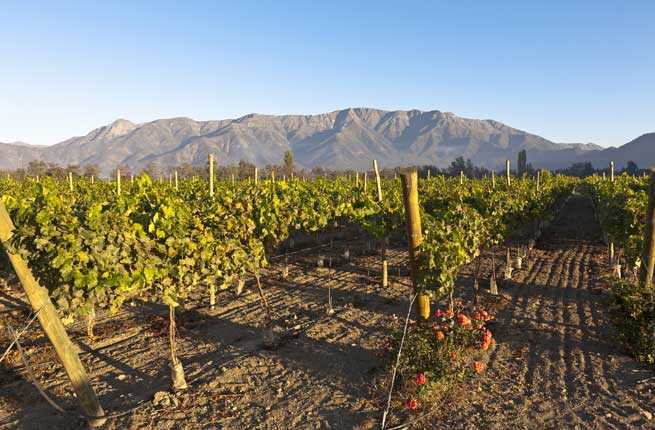 Named for the Maipo River that runs through it, Maipo Valley is convenient to Santiago (25 miles southeast) and home to 30,000 acres of vineyards.

Where to Stay and Dine: Bunk in Santiago’s bohemian Bellavista neighborhood at the three-year-old, 15-room The"> and admire the owner’s antiques collection, a swimming pool, and artfully arranged dishes in its restaurant. Then, at Santa"> Restaurant Doña Paula, find wine-friendly eats like pâte, steaks, pastas, and 14 desserts. 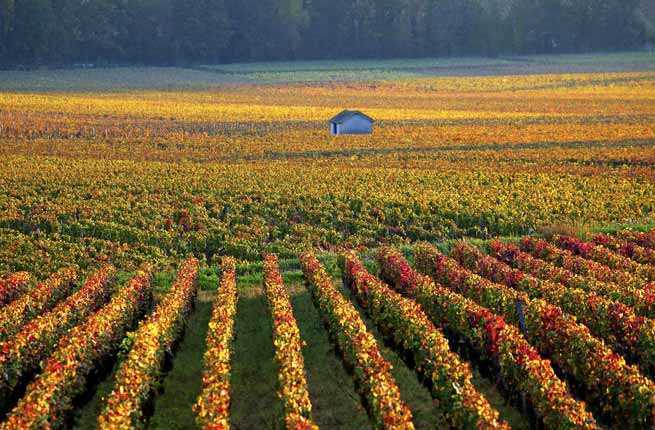 Beaune—home to the Hospices de Beaune wine auction each November—is a"> for restaurants, wine schools, farmers markets, and boutiques.

Where to Stay and Dine: The 20-room Hotel"> on 17 forested acres is just a few miles outside of Beaune. Wine tastings are paired with a meal made from ingredients scored at that day’s farmers market. Le">, next to Hospices de Beaune, boasts a chef garden and serves diners in a lush garden setting. Wines are mostly from Burgundy plus stellar picks from Alsace, the Languedoc, and Corsica. 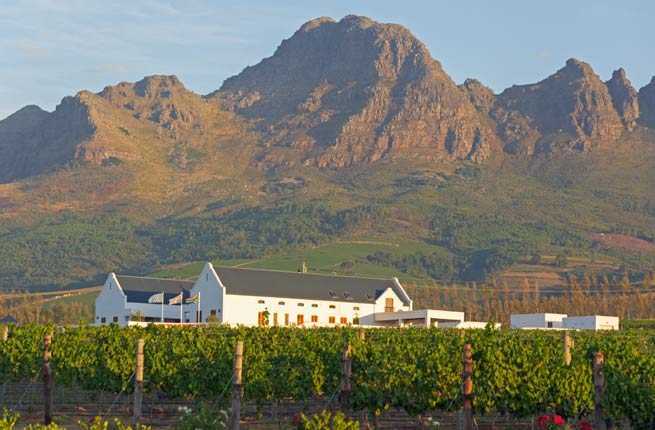 In South Africa’s Western Cape, Stellenbosch is just 30 miles from Cape Town. Along the stunning Stellenbosch Wine Route are 130 wineries.

Where to Stay and Dine: Fresh off a 2010 renovation, Coopmanhuijs"> added Helena’s Restaurant earlier this year, split between a conservatory and a dining room, pouring local wines nightly. Dine outside, country-style at The"> on award-winning and garden-grown bites paired with local wines. 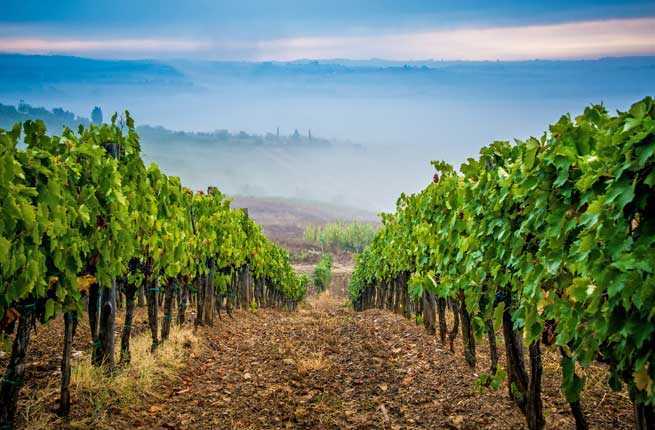 Tuscany—with its 42 DOC and 11 DOCG designations, making it Italy's">—is loaded with iconic wineries that date back several centuries, perfect for history and architecture buffs, as well as wine and food lovers.

Where to Stay and Dine: Castello"> opened on 4,200 acres (including 100 organic vineyards) during the summer of 2012. A member of the Ferragamo family curated its extensive wine list. Trek to a wine bar in Tuscany, such as Osteria"> in Pisa, which is inside a former stable built in 1400, for a sampling of the region’s best wines. 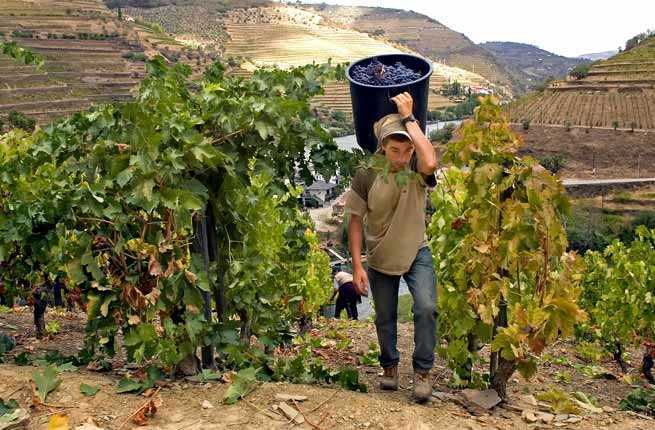 From Porto (known for its Port wines), the trip to the Douro Valley in Northern Portugal by either train or car is less than two hours. While fairly new to wine tourism, the region’s grape-growing roots date back to the mid-1700s.

Where to Stay and Dine: An eight-year-old boutique hotel, Quinta"> is owned by cork producer Amorim, and is home to winery Quinta Nova. It exudes luxury with an infinity-edge swimming pool built into the hillside overlooking vineyards. DOC"> opened in 2007 along the Douro River next to a boat dock. Six hundred wines, many of them from the surrounding region, are on the list.