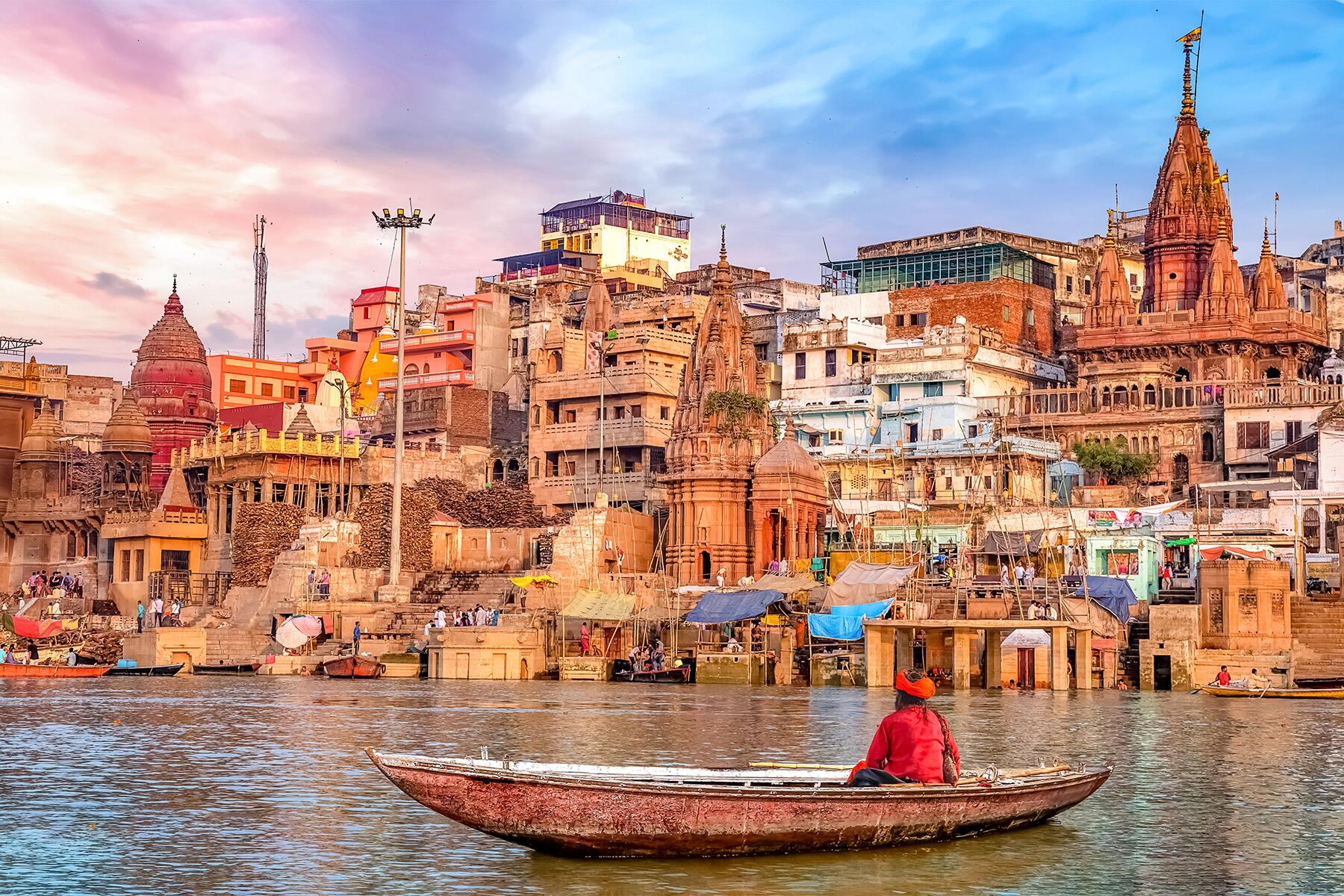 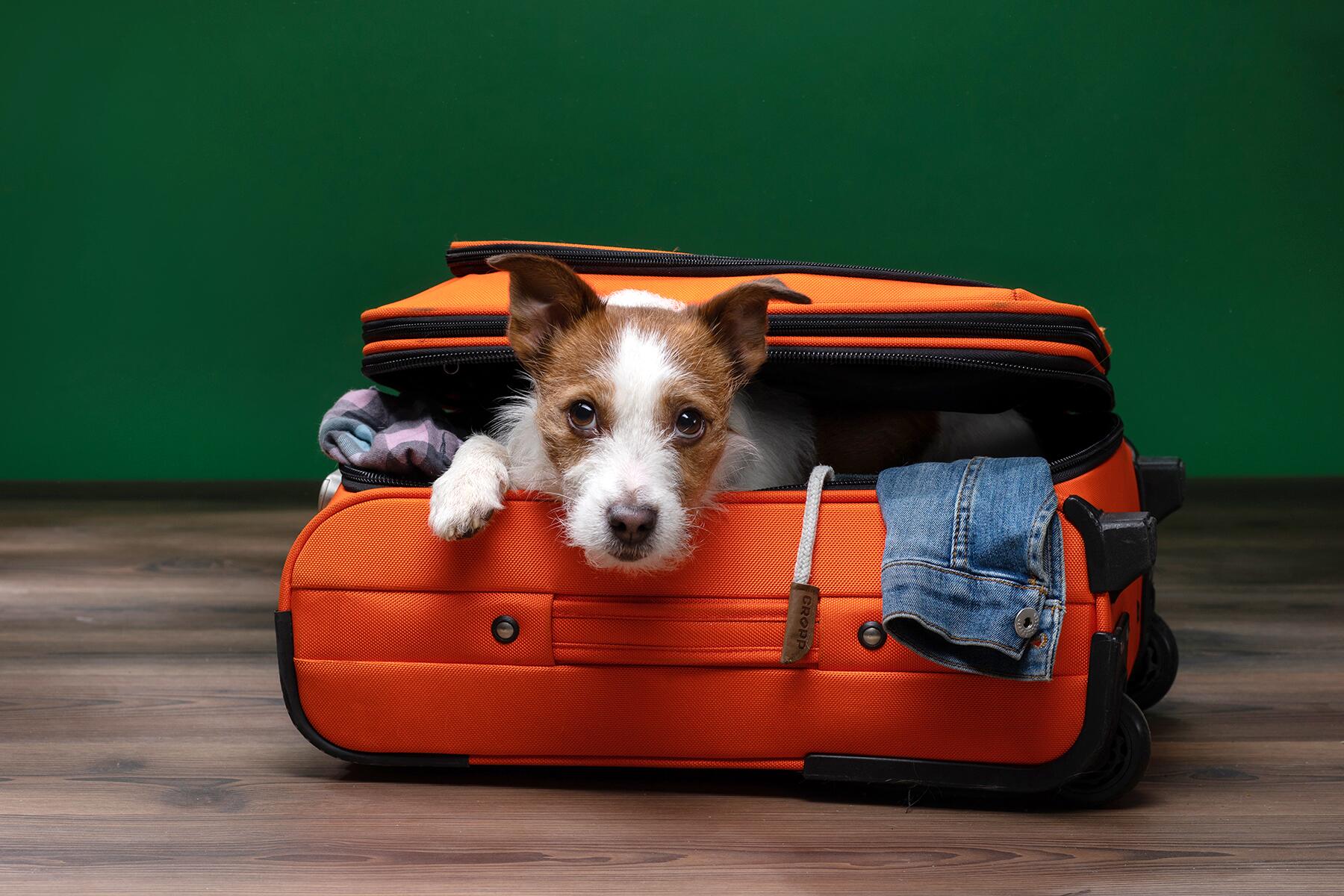 Travel Tips Apeksha Bhateja How to Travel Internationally With Your Pet 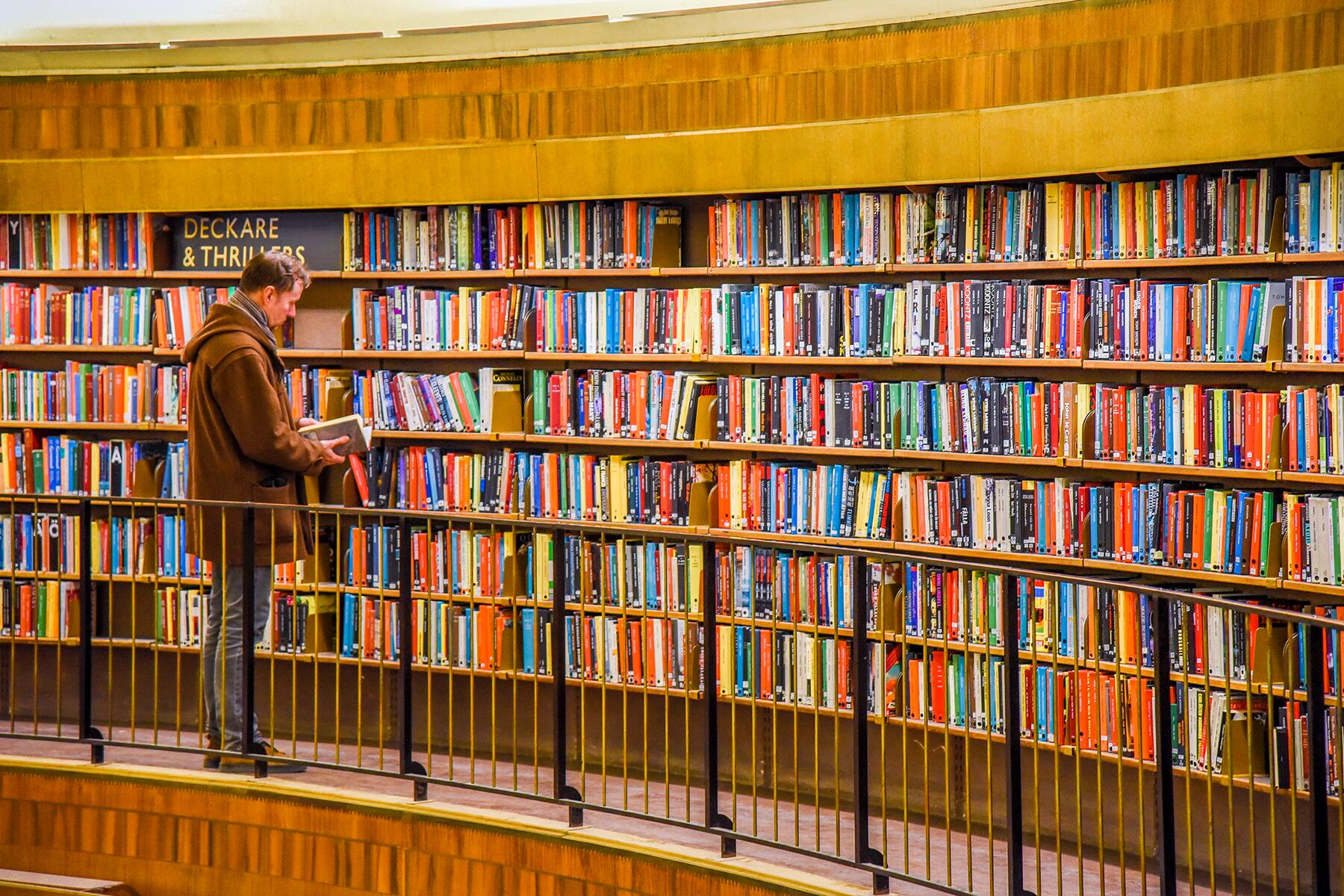 Arts & Culture Apeksha Bhateja Start Something New: 12 Books to Inspire You This Year 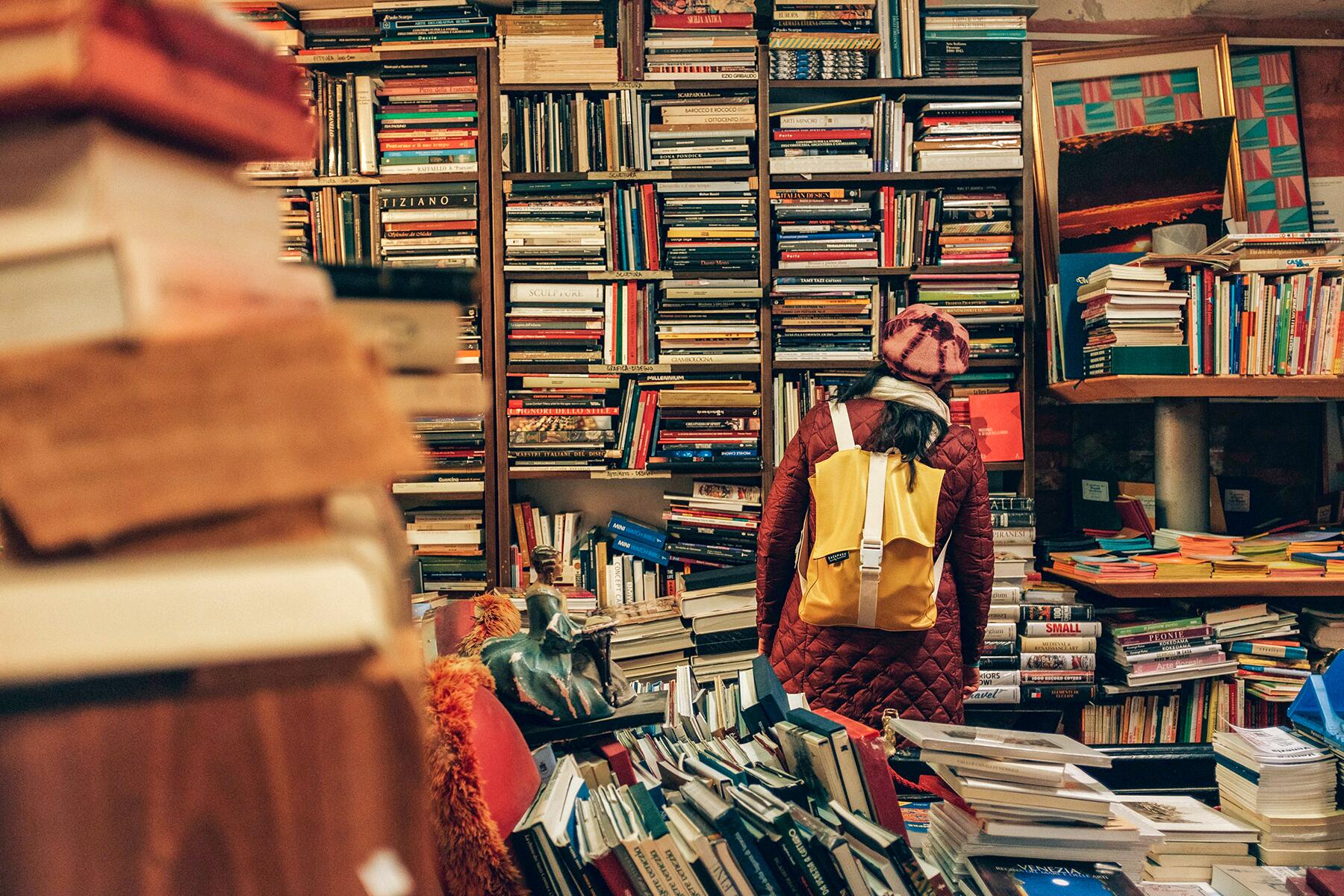 Once we get the vaccine, travel will go back to the way that it was before the pandemic, I told myself, like a stupid baby who was literally born yesterday.

Well, not yet at least. Two years in, it feels like some of these shifts and trends have staying power. It’s easy to think about all the negative new changes–ranging from irritating to devastating–we’ll forevermore have to endure, but there are a few silver linings come what may. And as far as the rest of it goes, it’d be a safe bet to renew your Xanax prescription in 2022 and soldier on.

Travel Tips Apeksha Bhateja How to Travel Internationally With Your Pet

Arts & Culture Apeksha Bhateja Start Something New: 12 Books to Inspire You This Year 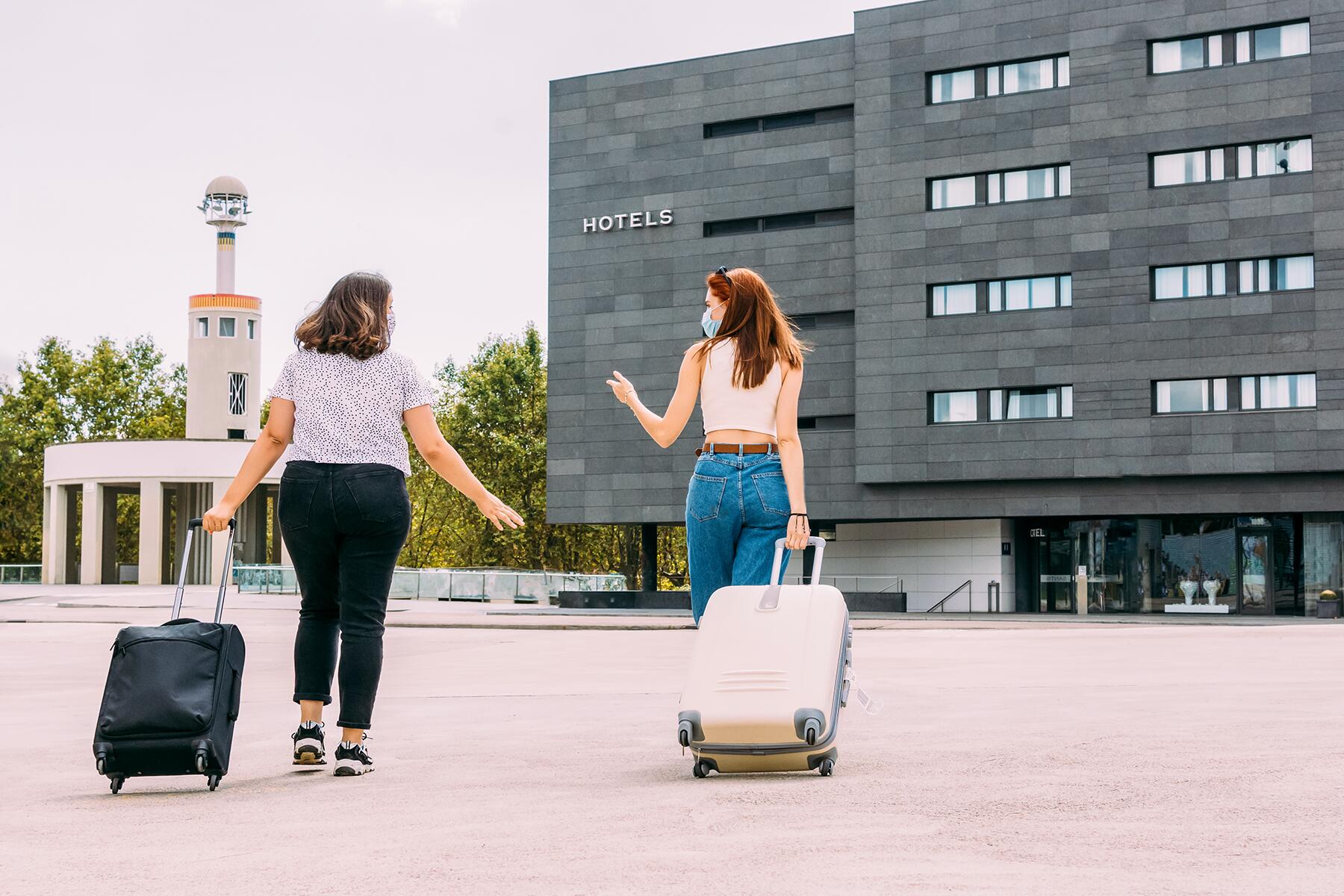 Easily the greatest change for travelers that’s come out of the pandemic. Airlines, hotels, tours, and other industry-adjacent attractions have, in many cases, changed their systems and policies for cancellations and rebookings. This sort of flexibility leads to more and better options for travelers, and more opportunities to fulfill dream vacations. Though the ability to cancel or change airline itineraries for no or nominal fees varies, the option allows travelers the opportunity to–at least–make plans and try to travel, rather than forever waiting on herd immunity.

Perhaps some of the coolest options for stress-free booking we’ve seen are with Travelzoo. For many offers, travelers can choose the dates far in advance, and if a cancellation has to happen, Travelzoo offers a full refund. Fodor’s picks out the best of these deals weekly. We all gasped at the fully refundable, half-off, luxury safari stay (for two!!!) in the Serengeti. 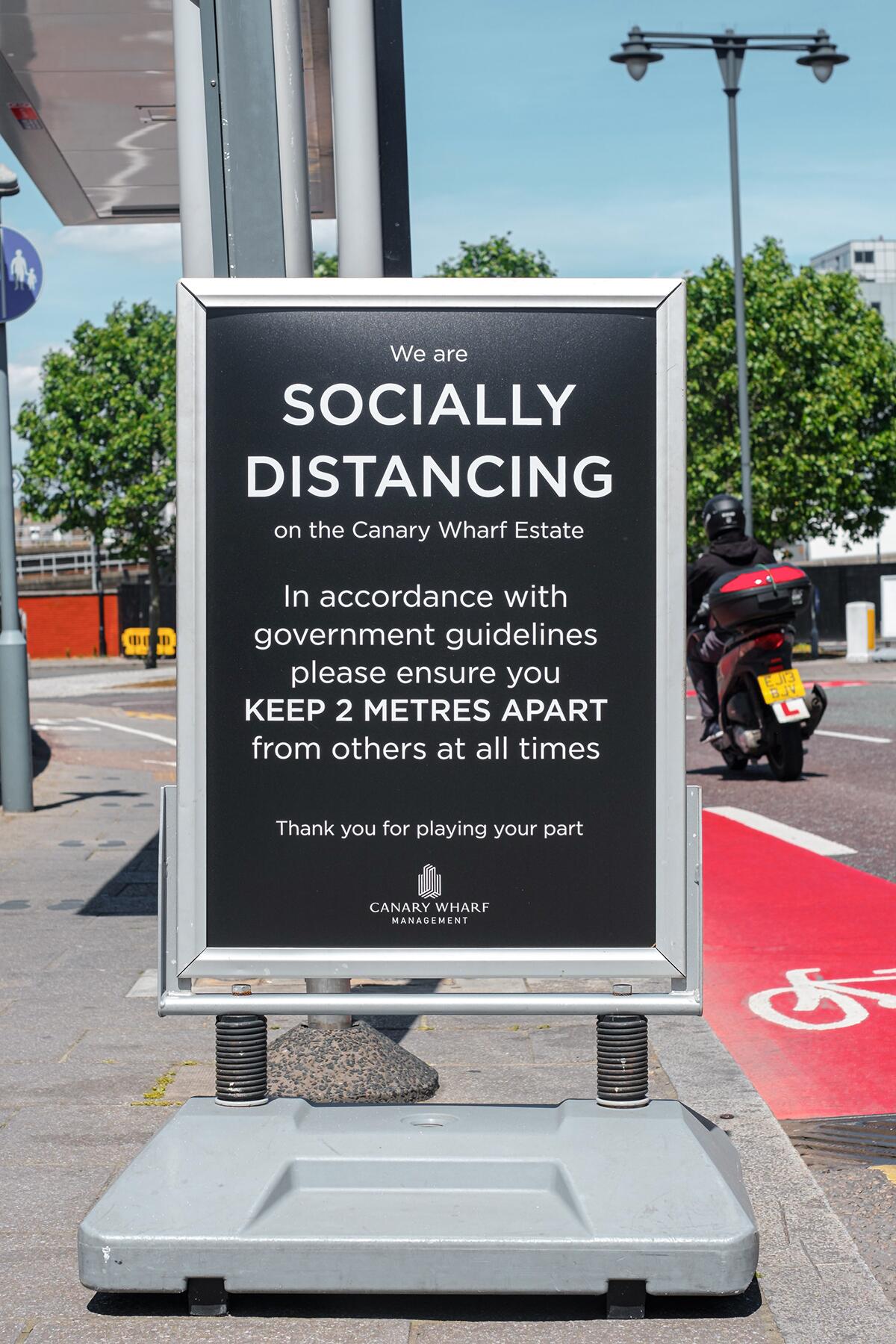 Perhaps you fancy yourself a travel pro, with pre-check, Global Entry, and your beloved luggage sensation hardshell carry-on by Away. Even armed with vaccination cards and face shields, professional travelers have been knocked down pegs left and right. Recently, my colleague stood in line at the airport, waiting to check-in to her flight to the UK, only to be told the law had just changed–and she’d need a COVID test prior to departure. Also, the airport’s COVID testing lab would close in 30 minutes. Travelers no longer need to only factor in the madcap dash to the gate that occasionally spiced up pre-pandemic travel. Now, there are even more unanticipated obstacles to dodge. Bon voyage! 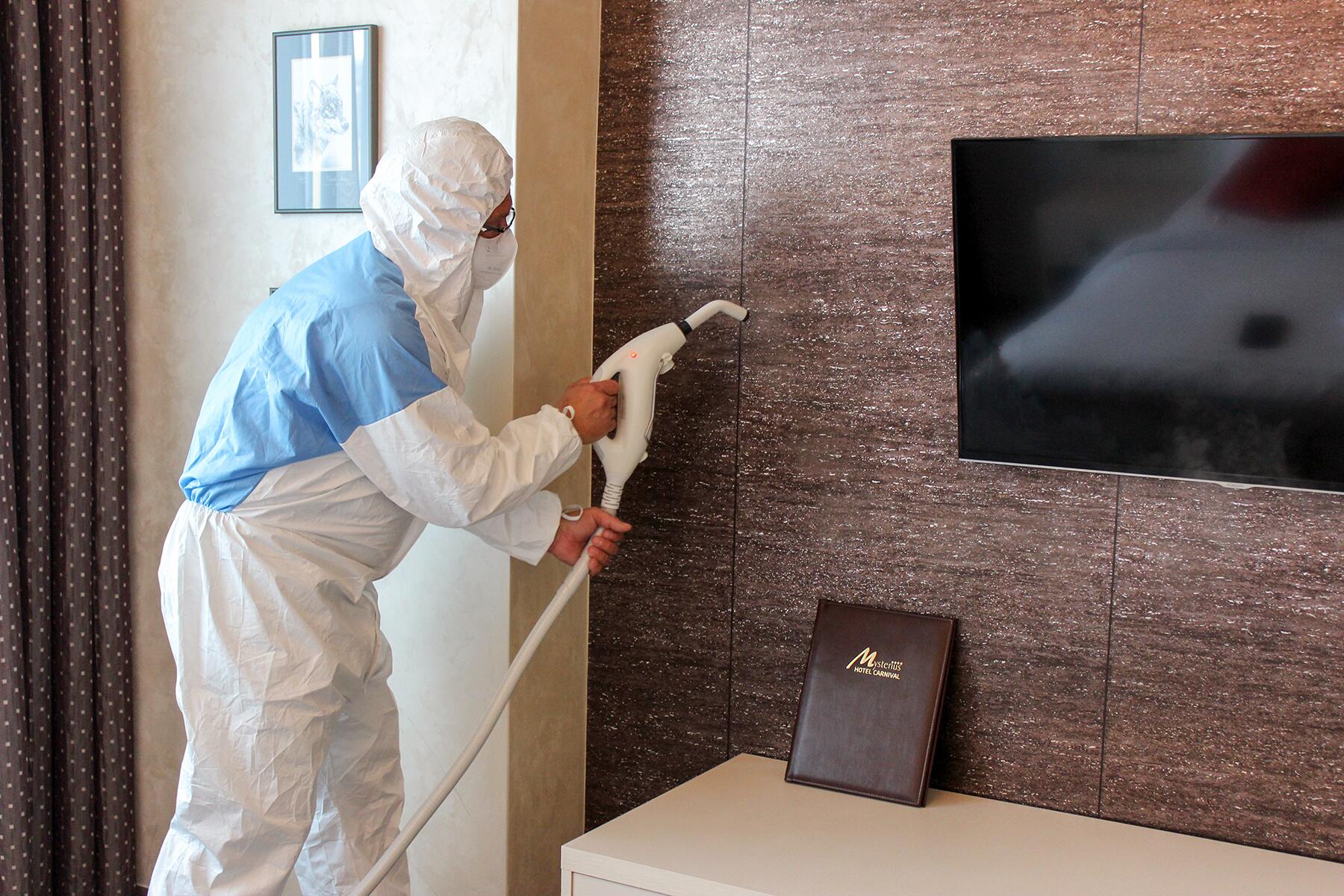 Though we shouldn’t have to, consumers are taking it upon themselves to better sanitize their enclosed commercial quarters. You can look around a flight and see multiple folks taking precautions to sanitize their space. There is generally more insistence on, and options for, hand washing. Masks are mandated on flights and in hotels and most attractions. That’s good for public health.

And though they shouldn’t be traveling, sick people are still doing so. They always have been. Some are asymptomatic and don’t know it, some are wondering if they might be coming down with something, and others are pestiferous spreaders. Others still just have to get to where they are going. We all know someone who’s flown with a fever, a cough, or a runny nose. We know that people are going to travel with illness. Now, they are unilaterally required to wear masks. Fantastic! As a community, we can do our individual part to ensure others have a sanitary space to share. 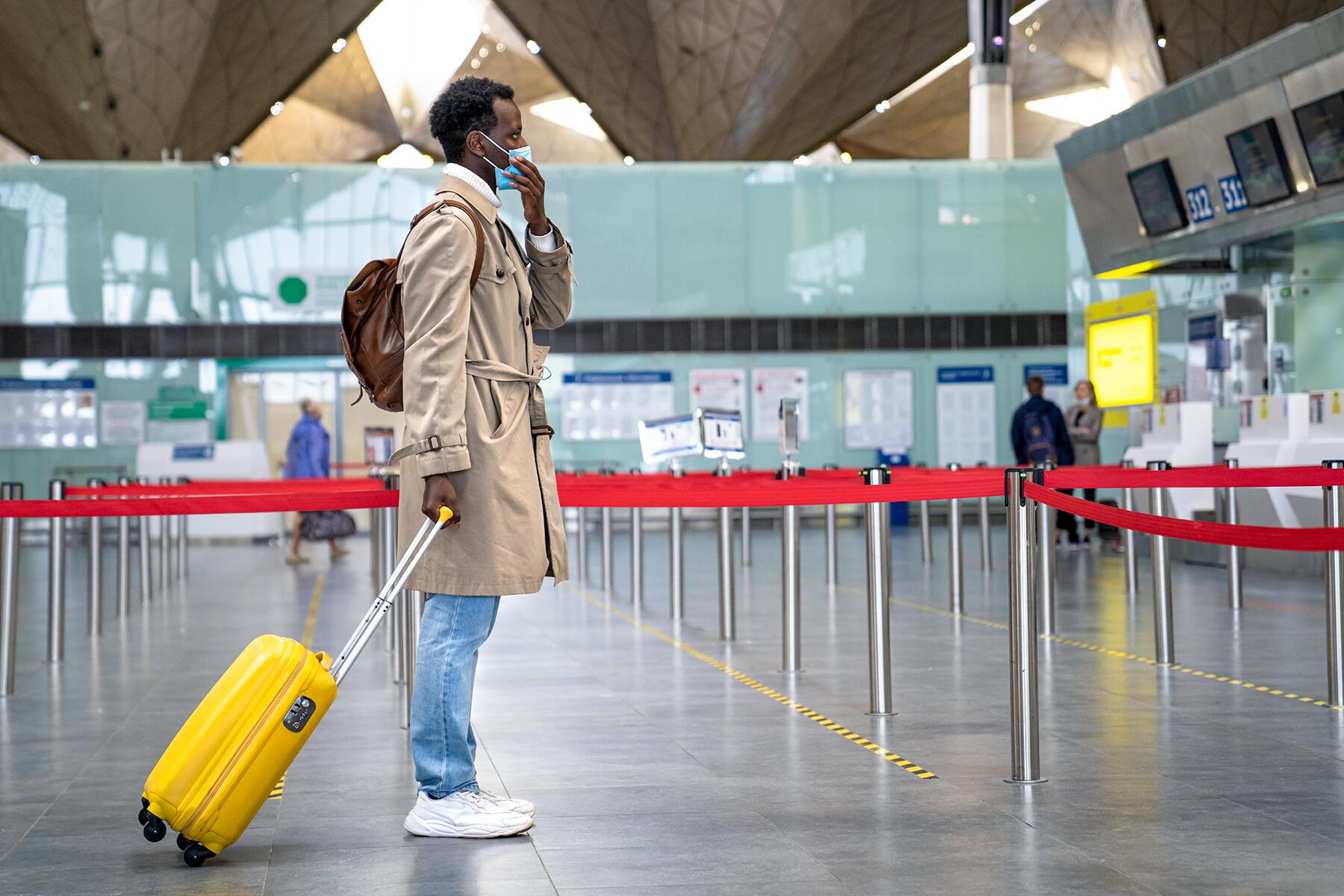 Con: The Fear of Getting Stuck

Whether it’s 72 hours prior or just a mere day, the concern that you might turn up positive on your COVID exit test looms on international vacations. The anxiety lives within the enclosed spaces and stagnant air of bars, restaurants, museums, and all your other favorite indoor attractions. Yes, you got your jab and boosters, took your tests, hedged your bets, and headed abroad. But there’s still a pass/fail test waiting for you when you leave. The anticipation of impending chaos ranges from a possible false positive to, worst-case scenario, actual COVID, and now you’re stuck away from home, or stuck AND sick. Who wants to plan for costly logistical hypotheticals under the duress of illness and banishment?! It’s enough to keep you out of the Vatican for now. 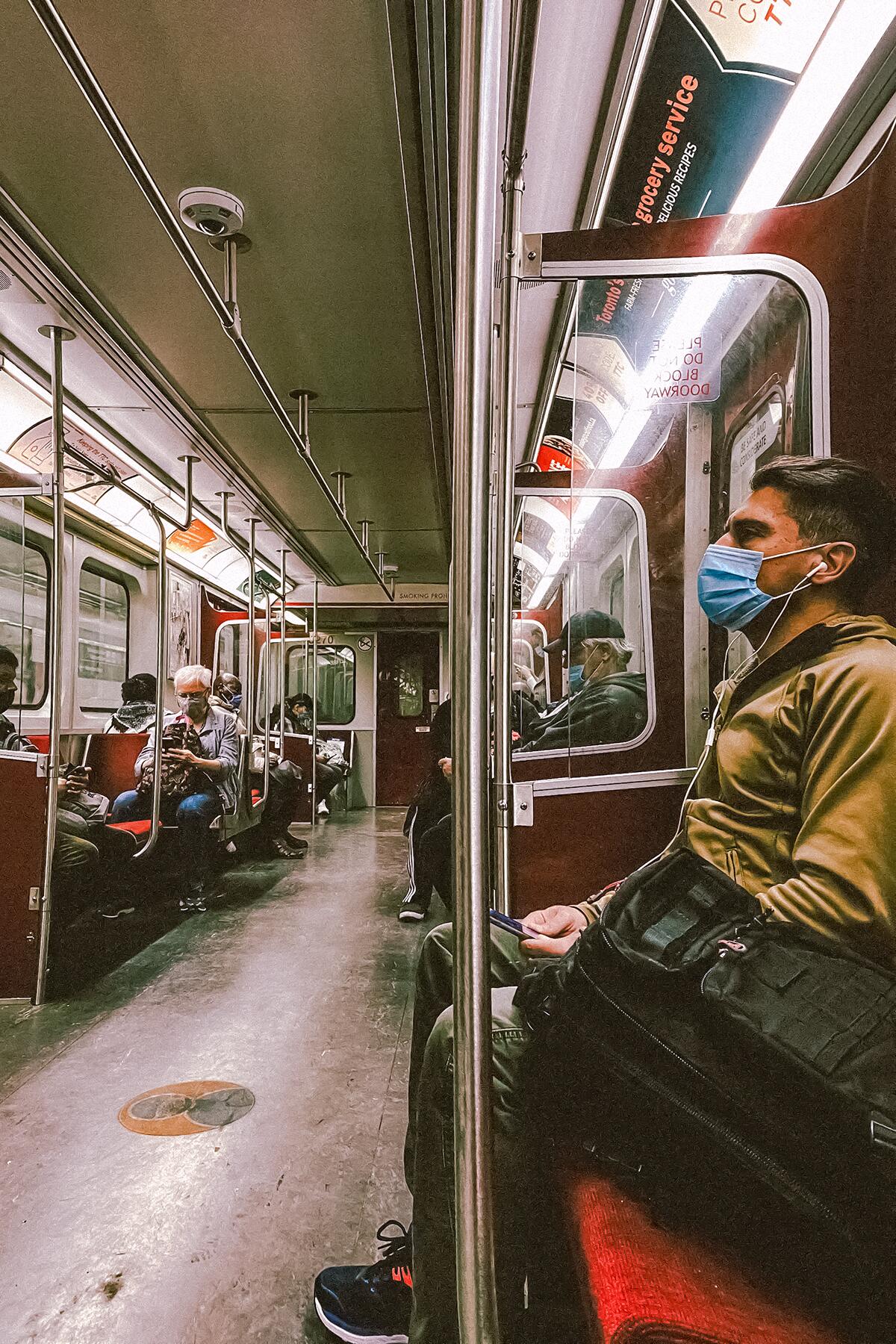 Pro: Genuine Interest in Slow and Local Travel (Rather Than Checking off Bucket List Countries)

Slow travel has been buzzy for a few years now, but the pandemic has travelers leisurely strolling in droves. Slow travel is, of course, traveling with the intention to connect with, learn about, and appreciate a destination and culture. Slow travel asks travelers questions about sustainability and environmental considerations regarding the destinations visited, as well as traveler impact on the local economy and communities while there. Slow travel offers the opportunity to stand still, stretch out, and take in more, growing a connection to a place. With more dedicated and thoughtful time, the quality of both life and travel in a destination can be bettered. Nowhere is slow travel better accomplished than in the road trip. In 2021, everyone in America was #vanlife, it seemed, and the public turned out in droves to the National Parks. The United States has quite the backyard, and the trip to get to its most special outback requires a long journey by way of whatever majesty is in-between our homes and the absolute wild. Aren’t we so lucky that there is just so much here to see and experience?

Why are so many people yelling at, starting fights with, and beating up flight attendants? What is it about the state of travel under these new conditions that has led to such incredible, inexcusable rage? Watching videos of irrational, entitled, violent passengers threatening and harming others in the enclosed space of a tin can flying through the sky is unbearable. As we previously reported, the list of egregious conduct in 2021 has been beyond the pale:

Physical altercations are, no question, indefensible, but the unfairness of suffering diversions, delays, missed layovers, and shortened connections at the hand of a fellow passenger’s unruly, inconsiderate behavior is almost equally appalling. I’m not nostalgic for old-timey flight decorum, but everyone should abide by the rules on board, and if they don’t, should have their privilege to fly revoked. They risk not only everyone’s time, but our lives as well. 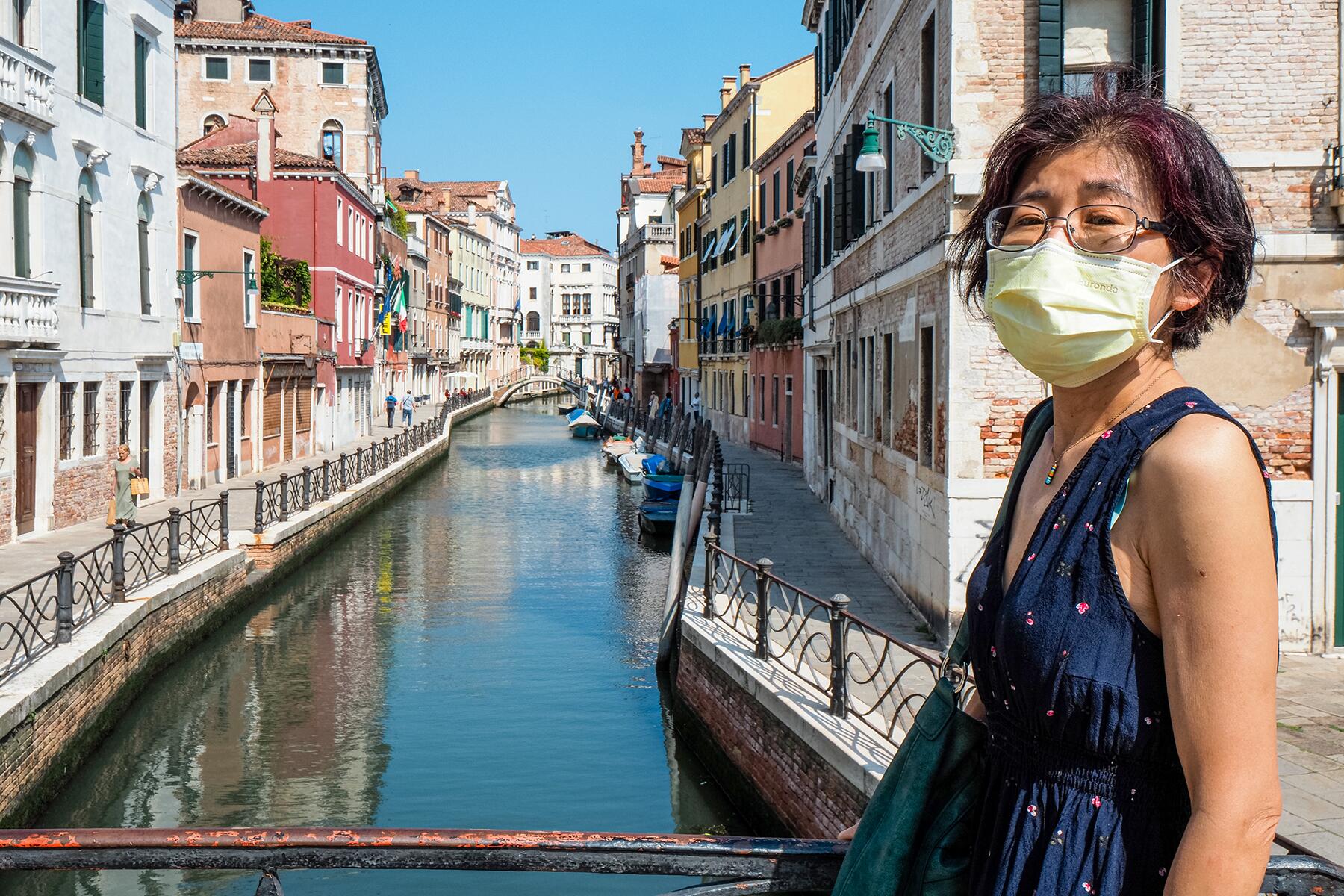 Pro: Destinations That Were Overcrowded Are Dealing With Overcrowding

After years of putting singular destinations on our No List for the simple reason that “they don’t want you,” overcrowded tourist sites have finally had a chance to pull back on the reins. We had previously pondered what would happen to our the most beloved (and crowded) tourists attractions in the world with so many fewer visitors. The effect was perhaps best illuminated by the pair of striped dolphins swimming through the canals of Venice, emboldened by the clear, untrafficked water. But the human response has been promising as well.

One Spain-based writer wrote last year that in Barcelona overtourism and gentrification “essentially [act] as cultural deforestation, choking out the physical spaces in which local communities can congregate.” Barcelona is one of the most overtouristed cities in the world. But the pandemic has created breathing space that allows for regrouping: governments and tourism boards are actually tackling their issues, especially in regards to prioritizing local businesses, more strictly regulating short-term and vacation housing rentals, addressing workers’ rights, and diversifying sustainable enterprises and industries.

Hawaii, in another example, has taken strict-yet-uneven lockdown measures throughout the pandemic in an attempt to save lives and stop disease, of course, but also to reconsider its dependency on tourism. Hawaii now has plans to diversify its main economic industries, to be less reliant on tourism, and expand its options for sustainability, “including greater investments in culture and natural resources, and considering local communities and their priorities more.” 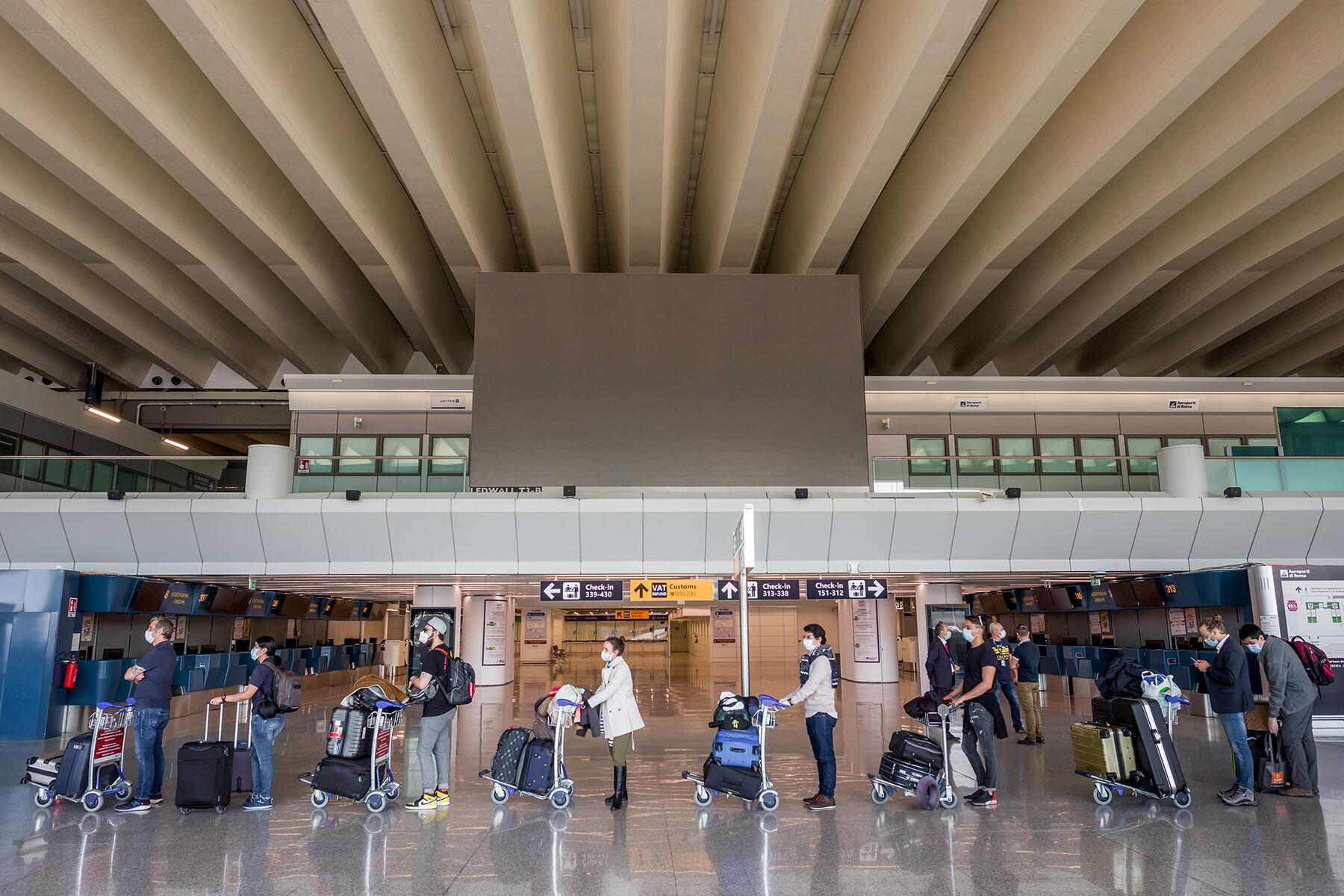 So you’re willing to get back out there. But you’re going to need to prepare to stay out there. Expect to at least consider what would happen if you failed a Covid return test–how would you quarantine? Where would you sleep? Feed yourself? How would you pay for these things? How will you manage with the inability to leave your quarters? It’s a lot more to prepare for than just where you want to go and stay while you’re traveling. How much extra will you need to pay for additional lodging, meals, and health care in your destination if you get sick? There’s nothing less exciting to pay for than insurance.

Most favorite place to travel to in 2022 is Pakistan. One of the beautiful places where the world's top seven highest peaks are located is in the Northern Areas of Pakistan.