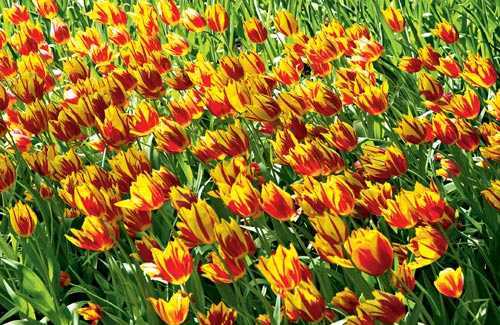 Courtesy Netherlands Board of Tourism & Conventions

Chase away dreary, monochrome winter thoughts with an explosion of color signifying the season’s rebirth. While botanical gardens start opening their doors to visitors, and flower festivals get underway, you can head out into the countryside and run into fields of wild flowers around the world. For even more overwhelming views, here are a few places where you can see dense concentrations of specific blooms that create seas of color. By Lola Akinmade-Åkerström

Courtesy Netherlands Board of Tourism & Conventions

In Lisse, Holland, the widely-photographed and popular Keukenhof Gardens is the largest tulip garden in the world with roughly 4.5 million Dutch tulips covering 80 acres. At least 100 varieties of tulips bloom here every year such as dark pink China tulips, yellow West Point tulips, and red Mariette tulips, in addition to other types of flowers (daffodils, hyacinths), sculptures, and trees. 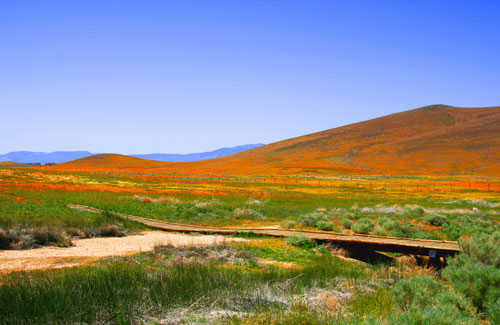 Visitors to the relatively arid Mojave Desert may be surprised to find thick concentrations of California’s official flower—the orange fluorescent California poppy—during the spring. The Antelope Valley Poppy Reserve spans an area of 1,745 acres within the desert that are usually covered with poppies and other wildflowers in the spring. The reserve’s seven miles of trails are a great way to add some hiking to your spring break plans.

When to Go: mid-February to mid-May; guided tours and visitor center opens March 18 for the 2012 season 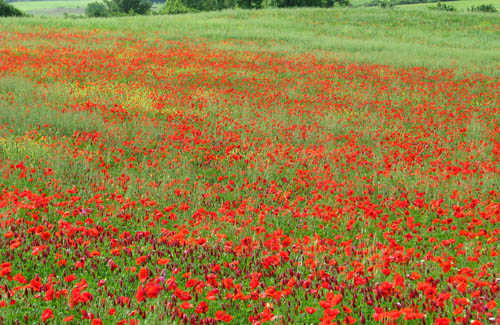 If you’d rather head across the Atlantic to see a natural carpet of orange poppies, Italy’s hilly Umbria region is also known for its sweeping fields of darker orange poppies. Spectacular hiking opportunities abound around the town of Assisi, throughout the region, and in neighboring Tuscany.

When to Go: mid-April to May 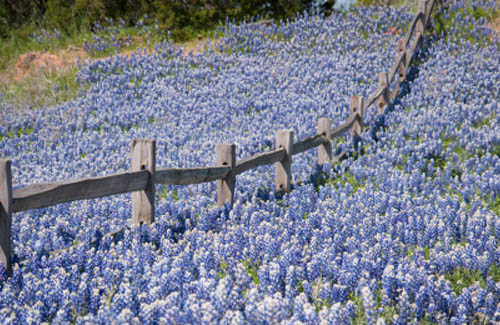 Everything is bigger in Texas. So is the state’s concentration of its official flower—the Bluebonnet. To see these deep blue wildflowers, rent a car in Austin and travel around the Hill Country in central Texas—where highways are lined with bluebonnets, fields are carpeted by bluebonnets, and farms in the region also grow bluebonnets—traveling along what is known as the Bluebonnet">.

When to Go: late-March to mid-April 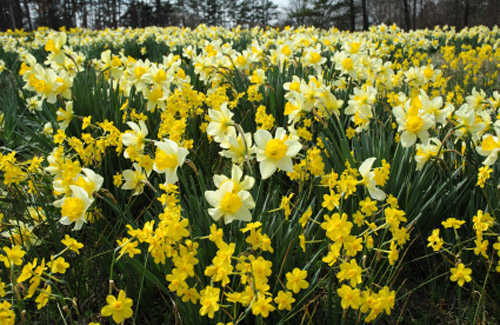 Head to The Cotswolds in the United Kingdom to witness sweeping rows of butter-yellow daffodils. When the wildflowers bloom in their (arguably) millions, the countryside is painted a lush yellow, especially in a section aptly termed Daffodil Way in the Leadon">. In the tiny village of Dymock (population roughly 300), join hundreds of walkers on the circular footpath and enjoy miles of beautiful wild daffodils in their natural habitat.

When to Go: First two weeks of April 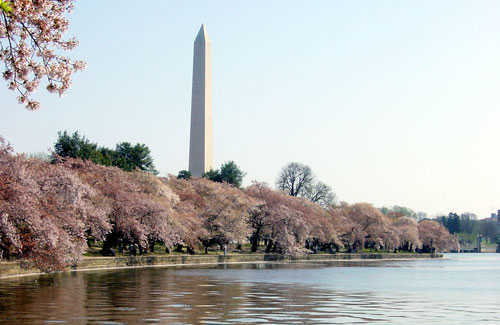 In 1912, the mayor of Tokyo gave 3,000 Yoshino cherry trees to the U.S. as a gift and today these trees flank historical monuments and the shores of the Potomac River’s tidal basin in the nation’s capital. Washington D.C. celebrates its annual Cherry"> to remember the friendship between both countries. This year marks the centennial of Japan’s gift, and the 2012 event has been extended to five weeks of music, art, and cultural exhibits. 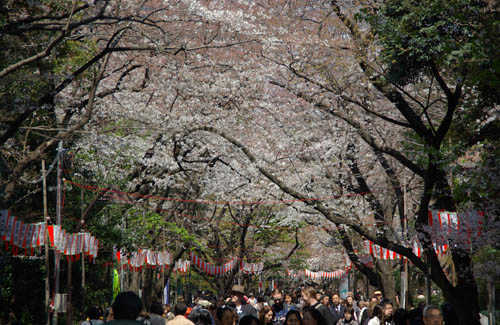 When to Go: March to April