“What exactly is happening on this planet, anymore?”

How often do you think about the rules of gravity? Because, all this time spent inside recently has made me question many things about this planet (generally), for example, actually how this giant rock that we’re on operates. Unfortunately, to add fuel to the fire of my bizarre conspiracy theories, there are places right here at home that apparently don’t care about such scientific factors, and I thought I would shine a light on them so as to maybe get your opinions because…I’m so tired. 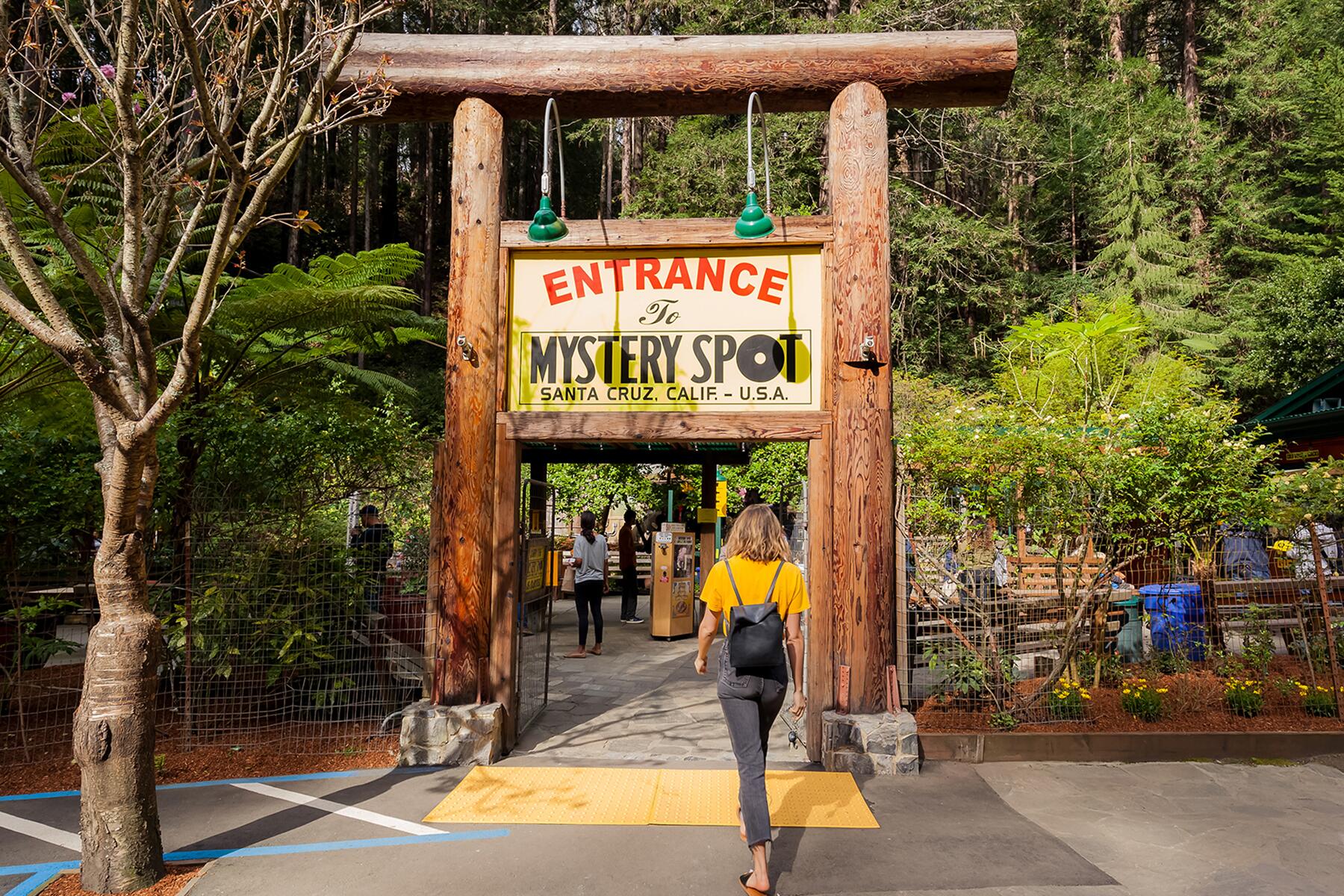 Discovered in 1939 and opened to the public in 1940, this gem of a circular, physics-defying destination measures about 150 feet around and lies in the forests just outside the Santa Cruz. What do I mean by “physics-defying?” These pictures speak pretty loudly. Additionally, there’s a 30-minute trail onsite if you want to catch your breath following the tour. They’re currently offering reduced group size tours of 10 and guests and staff are required to wear face masks. Buy your tickets now! 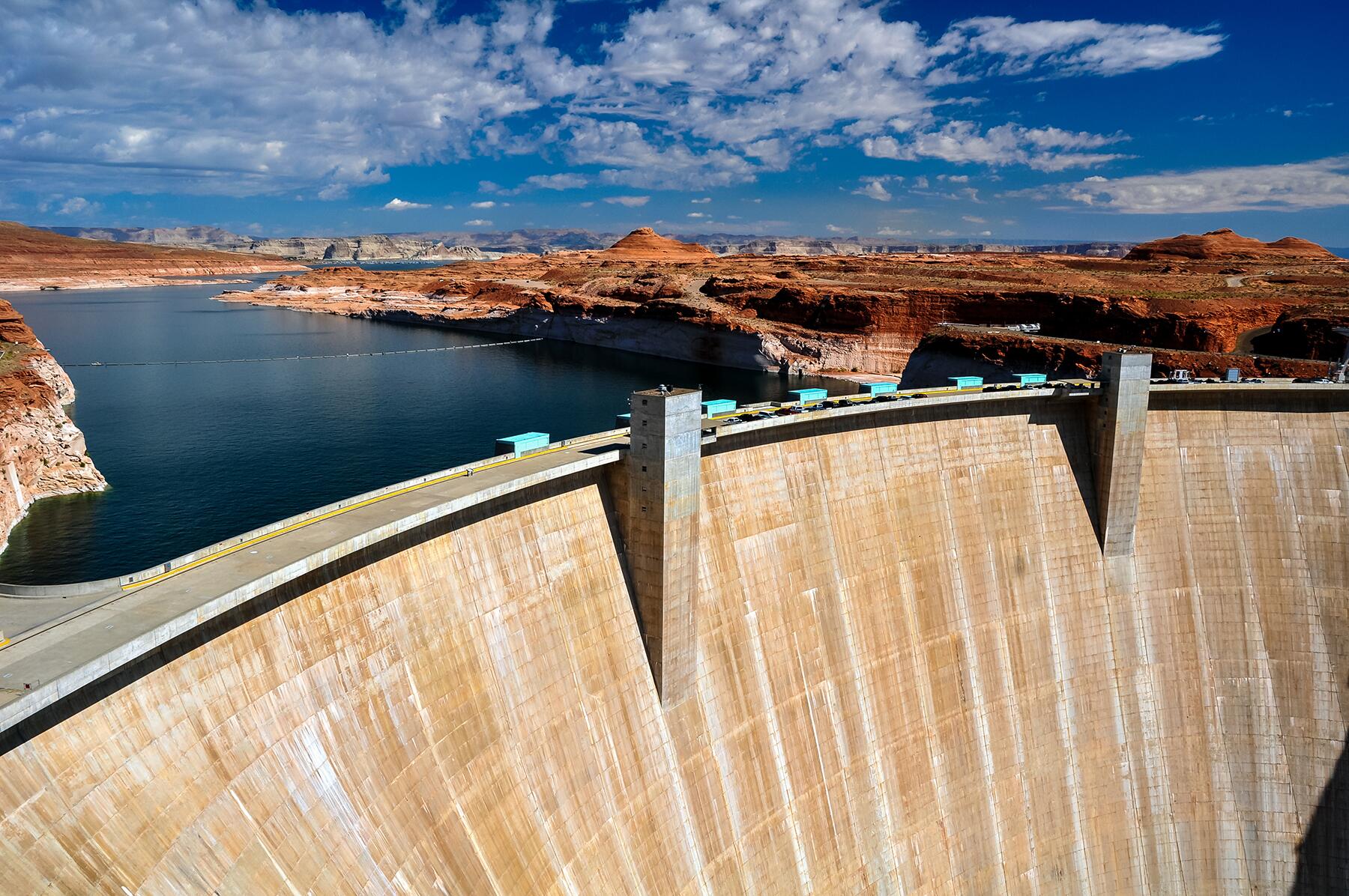 Constructed during The Great Depression, the Hoover Dam is smack dab between Arizona and Nevada. The palatial structure is also a spot for both history nerds and science nerds as it defies gravity—kind of. Actually, not to ruin the magic, but it’s more or less a trick of the eye, you see. As realized in a 2016 Instagram post, the Dam has an updraft coming off of it so strong that a substance as light as (trace amounts of) water simply obeying the laws of physics looks…wild. 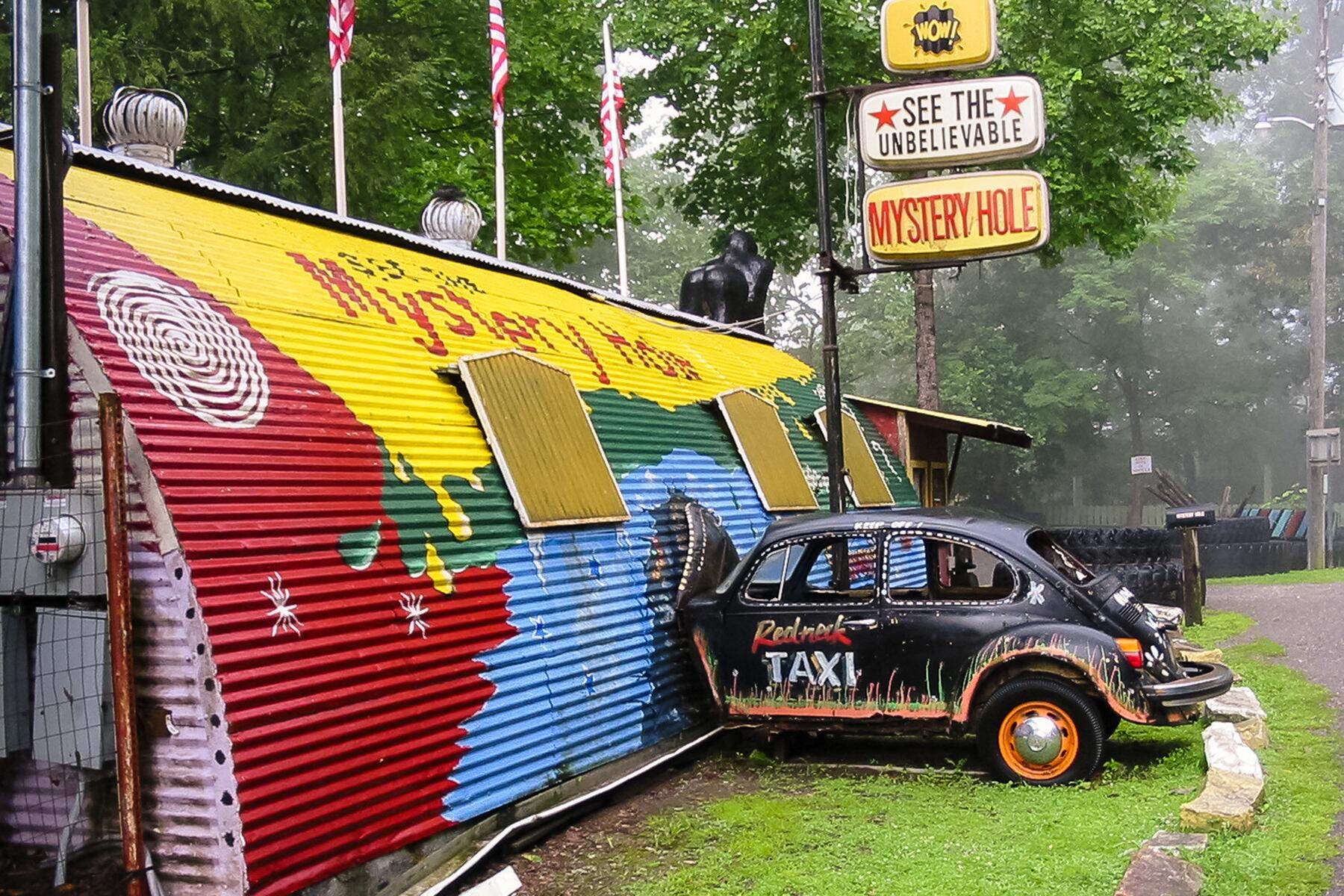 Self-described as “the best-kept secret in West Virginia, or maybe in the whole U.S.A…no one really knows for sure,” the Mystery Hole is confounding. A visit to the site—which was founded in 1973 and sees many tourists dropping by after they’ve explored the popular New River Gorge—will have you exploring an underground series of rooms constructed in a way that doesn’t seem possible. What do I mean by that? Well, for example, you can comfortably stand at a slant in any one of the rooms and furniture sits at impossibly-fashioned angles on the walls.  After completing the attraction’s 10-minute tour, one tourist said it changed her husband “from an old grouch to a nice sweet person.” Additionally, there’s a Volkswagen Beetle out front that appears to have crashed into the building. 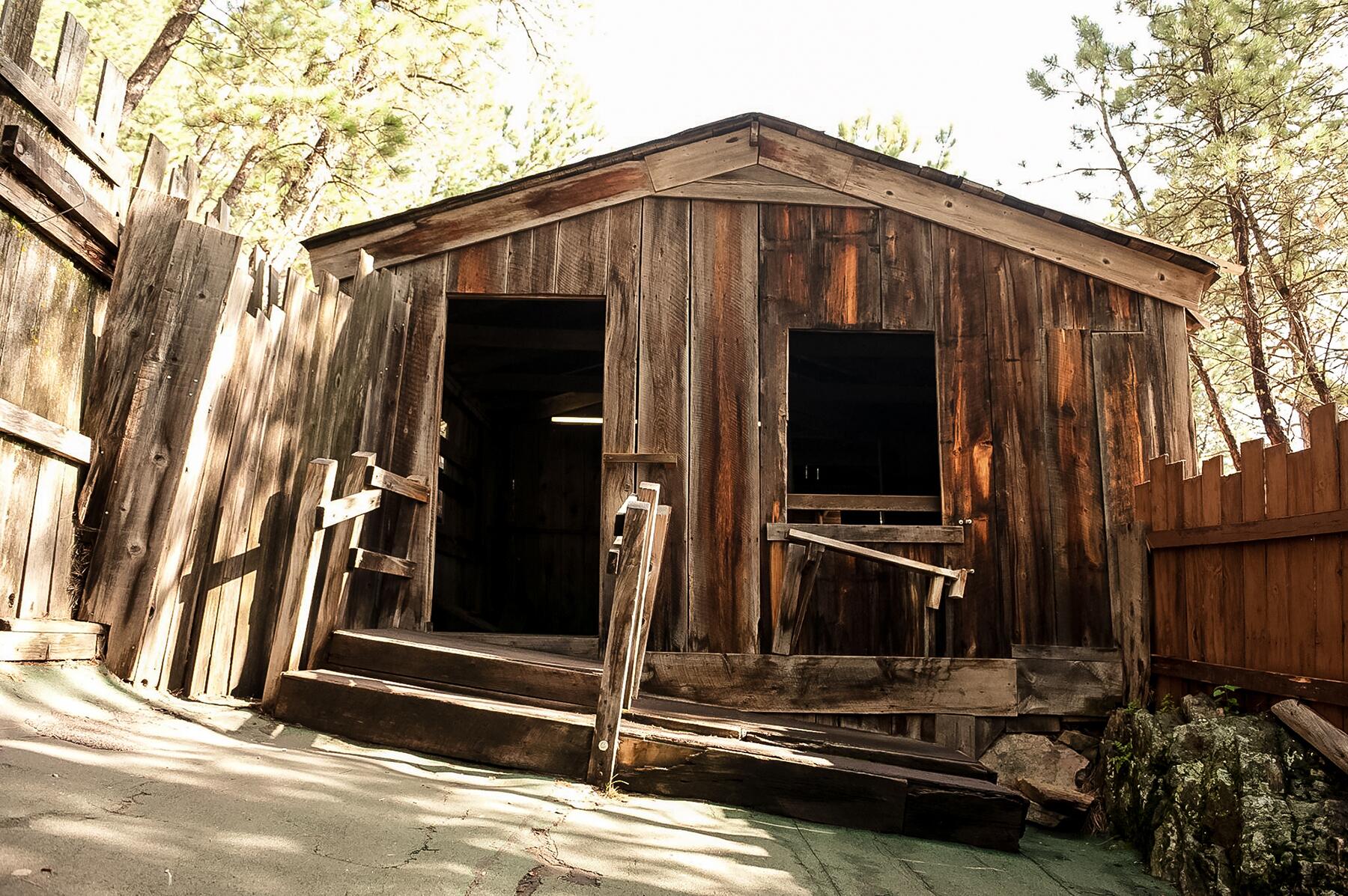 Expect to walk up a wall and be pulled sideways when hanging on rafters inside this particular house. The structure was allegedly discovered in 1952 when a couple of college kids were searching for a place to build a cabin. A year later, after becoming more familiar with the way Things Worked (or didn’t work, rather) at this place, they opened it up to the public. The area is also home to a Geode Mine where you can dig for your own striking crystals! 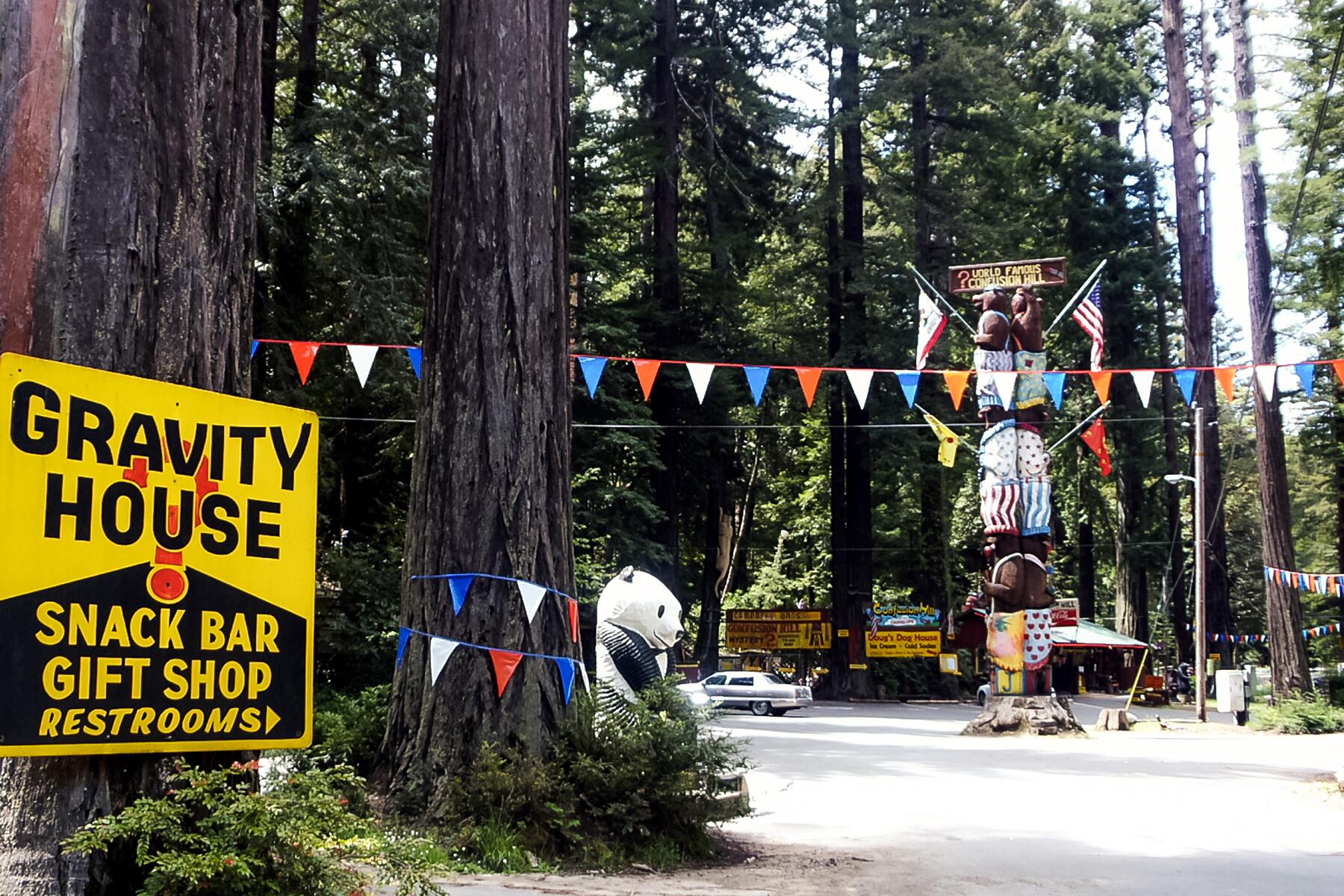 Home of the “rare, elusive chipalope,” Confusion Hill is indeed confusing. What the heck is a chipalope, you ask? Well, let me tell you. According to legend, it’s the product of an antelope and a chipmunk, aka a miracle. Apparently, Confusion Hill is the only place on earth you’ll spot the creature, which is said to have only come out at night. The attraction is also home to a house full of “optical contradictions,” not unlike the aforementioned Cosmos Mystery Area and a train that takes tourists on a 300-minute ride through the area’s unique redwoods (complete with impossibly tall trees). 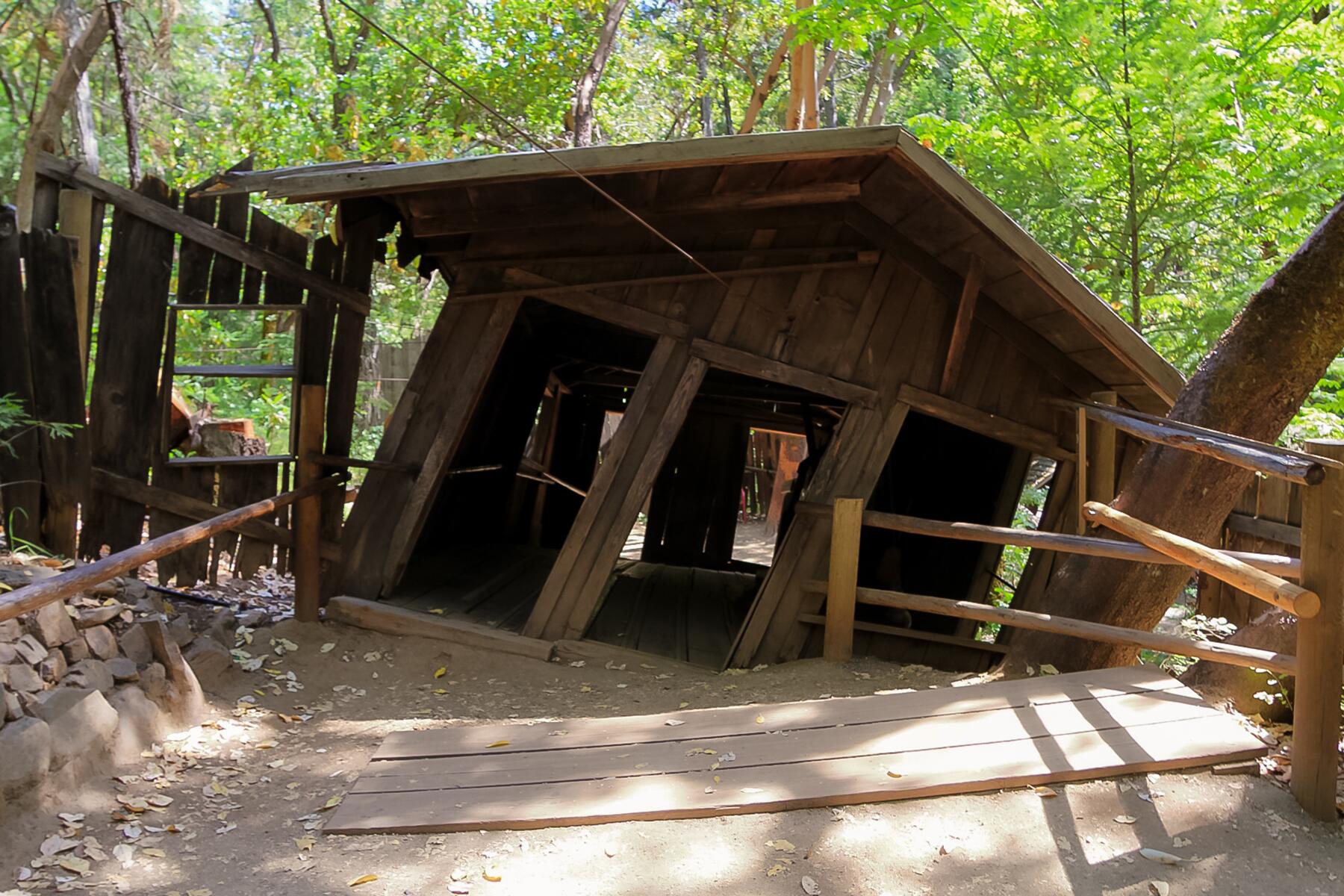 As its name implies, a “spherical field of force” appears to be pulling an entire area in the heart of Gold Country, including a house, literally into the ground. So, just to be clear, you’ll have the chance to step inside a structure here that’s half above the ground and half below it. Which, on paper sounds basically like a mid-entry level home, but I assure you: it’s much more! “Nowhere in the circle do you normally stand erect,” reads the attraction’s website. The history of the Oregon Vortex dates back to the time when Native Americans comfortably roamed the land. Allegedly, their horses were not so comfortable, as the animals refused to enter the area, which seems to ignore the laws of gravity.