They poisoned a president and elected a cat mayor, so yes, you should definitely visit.

Tucked between Alaska’s biggest city and North America’s biggest mountain, you’ll find the small village of Talkeetna, a place known as both the gateway to Alaska’s most famous national park and for the nearly 20-year reign of its most recent mayor, Stubbs the Cat. This confluence of the great outdoors and strange local lore sums up the town quite nicely (and made it the quirky inspiration behind the hit 1990s television show Northern Exposure). Visitors come for the multitude of outdoor activities offered and stay for the community of artists, musicians, and craftspeople who give the town its true charm (the high chance of seeing a moose casually roaming the main street is another big draw).  Whether you’re en-route to conquer Mount Denali or just want to experience a real Alaskan small town, here are five reasons why Talkeetna should be on every Alaskan itinerary. 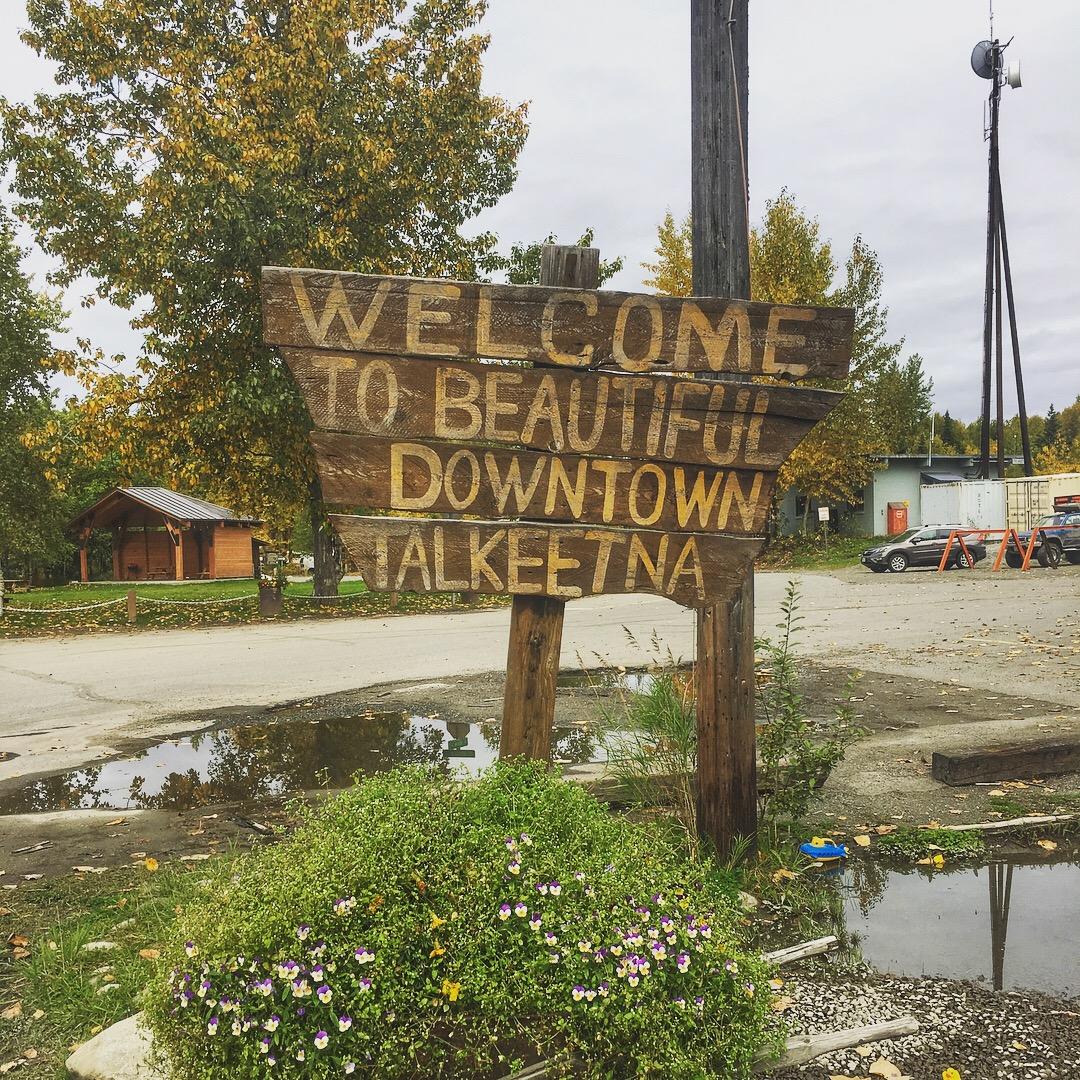 While the region had long been inhabited by Athabascan Indians, the Talkeetna that we know of today was only established as a townsite in 1916 after it was selected as the commission headquarters for the construction of the nearby Alaska Railroad. It quickly became a rough-and-tumble pioneer town, and the ethos and spirit of its residents have changed little in a century (plenty of the original inns and roadhouses still stand to welcome tourists). Talk to residents and you’ll hear tales of Alaskan bush pilots like Talkeetna native Don Sheldon, who was one of the first to land on the glaciers of Mount Denali and helped make the town a prime destination for flightseeing tours.

This history can also get pretty strange. In 1923, President Warren G. Harding became the first president to visit Alaska, and included Talkeetna on his itinerary. He mysteriously died a few days later, and today locals proudly claim it was the food at the Fairview Inn that did him in (or rather, his wife or mistress who poisoned it—yes, he brought them both along for the trip). Talkeetna’s more recent contribution to politics is decidedly more upbeat; until his tragic passing in summer 2017, a cat named Stubbs spent 19 years as the town’s major (naysayers will remind you that Talkeetna is technically recognized as an unincorporated township by the Alaskan state government, which is why it doesn’t need an actual human mayor). The town is still on the search for its next feline leader, but until then everyone loves to talk about Stubb’s long reign, including the several assassination attempts made on his life, like when he was attacked by a political operative in the form of a dog. 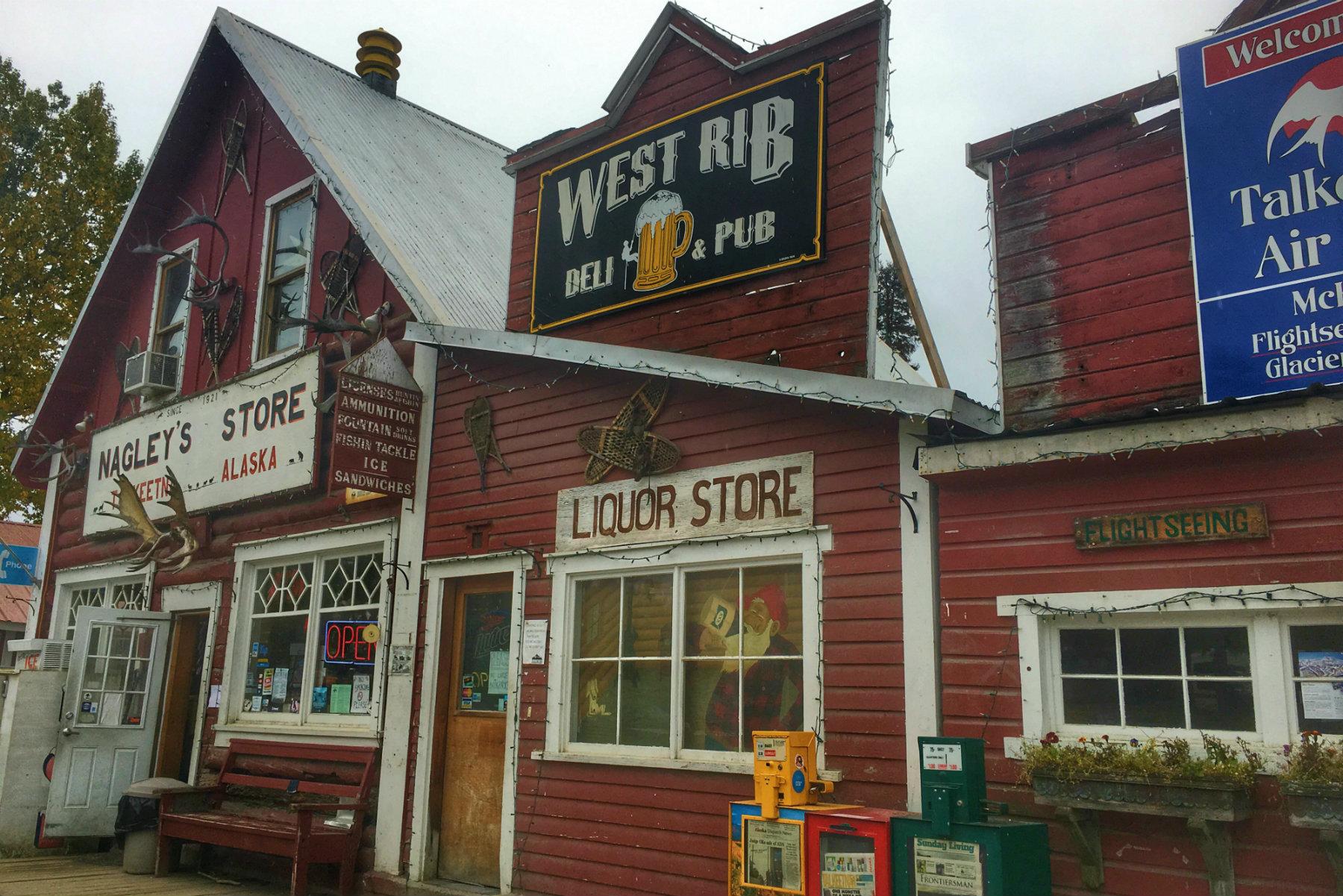 Nightlife might be a strong word to describe Talkeetna’s bar scene, because this is still a very small town, and all of the bars and restaurants are mostly found in the same one-mile main street. But once again, where else in the country can you get a drink at the same place that claims to have poisoned a president? Part dive bar, part Alaskan cultural institution, the Fairview Inn offers cheap beer, live music, and plenty of rowdy locals willing to tell you tales of Talkeetna’s history. Nearby, the Talkeetna Roundhouse is one of the oldest establishments in town and serves up a good taste of small-town life, along with an impressively hearty breakfast that has appeared on several Food Network shows. Quite a few brewpubs have recently opened in town too, with Denali Brewing Company leading the brigade with its homebrewed beers you can’t find anywhere in the continental United States. Alaska’s recent legalization of recreational marijuana means the town even has a few weed dispensaries. 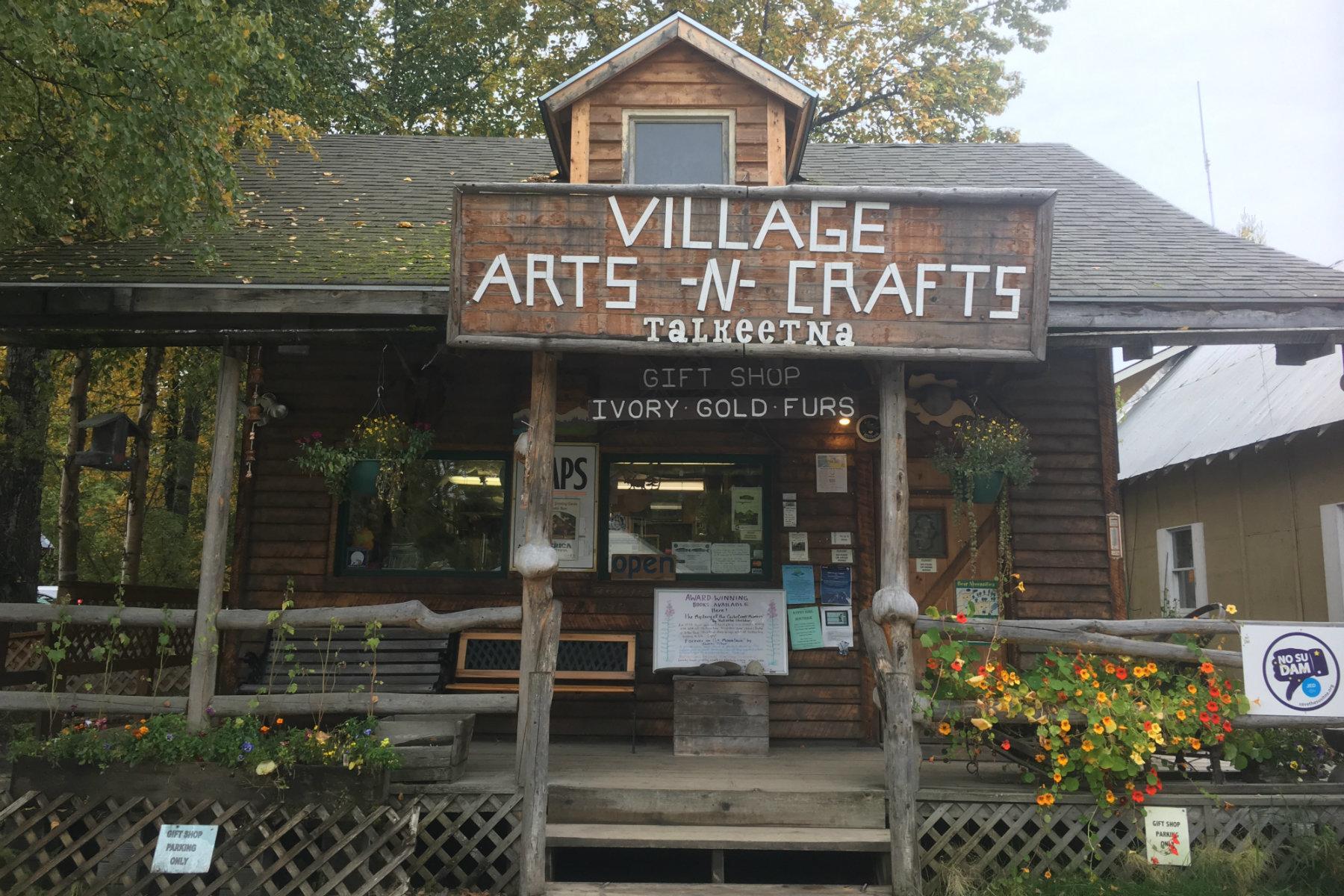 Along with the bars and former roundhouses, the one main street in Talkeetna is filled with a mix of ramshackle shops, wooden cabins, and quaint houses turned storefronts selling everything from standard Alaskan souvenirs to local crafts and artwork. Each shop, even those filled to the brim with mass-market products only a tourist could love, comes with a hippie ethos and “shop local” mentality. While this is certainly a great place to stock up on your standard magnets, keychains, and ornaments to bring home, it also offers plenty of shops run by local artisans who sell everything from jewelry and soap to artwork and photography. And no visit is complete without a visit to Nagley’s General Store, which has been in operational since 1921, a.k.a. since “before most of you were born,” as its logo proudly displays; it was also the former home of Stubbs the Mayor, and workers are happy to tell you about the many store cats who came before and after him. 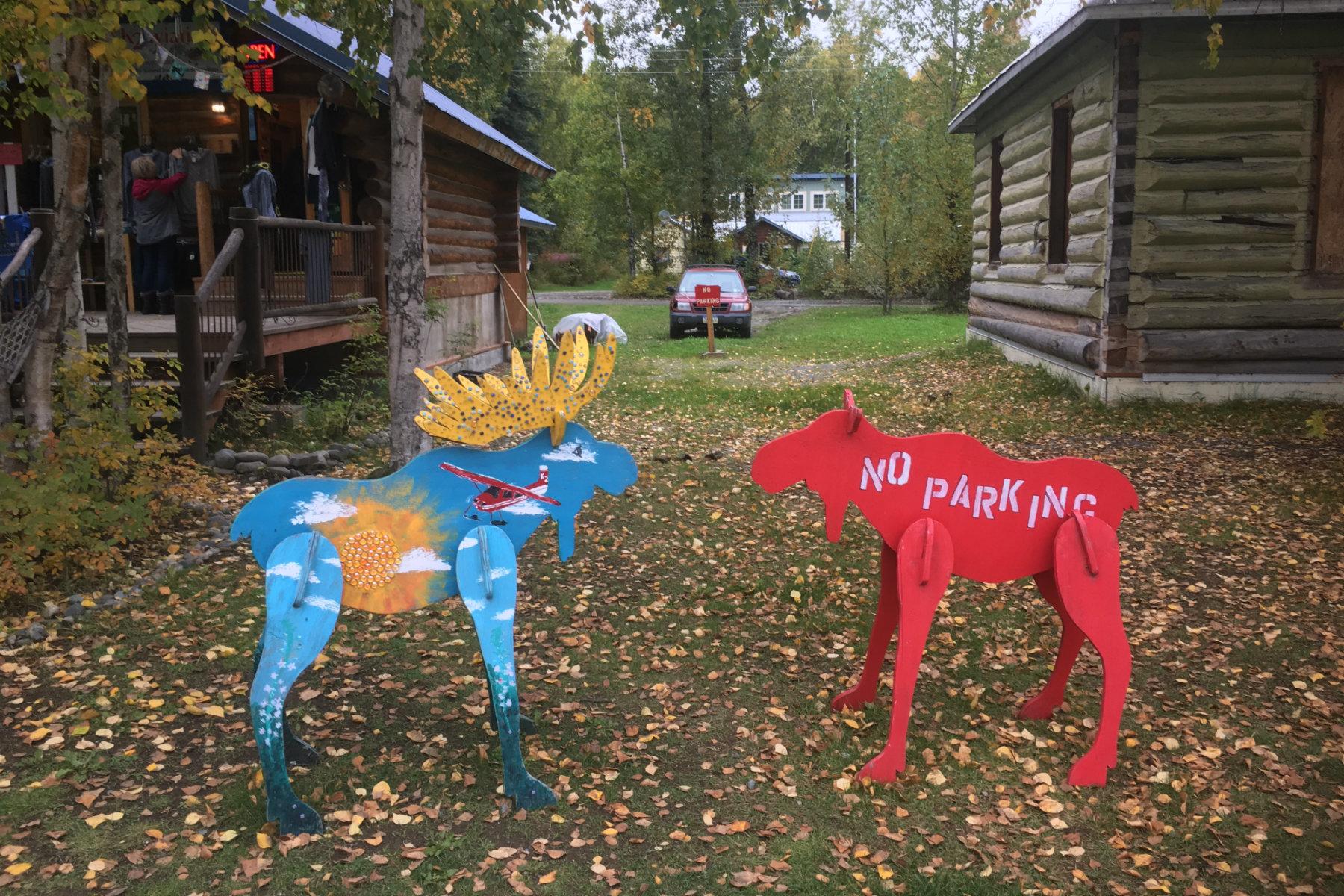 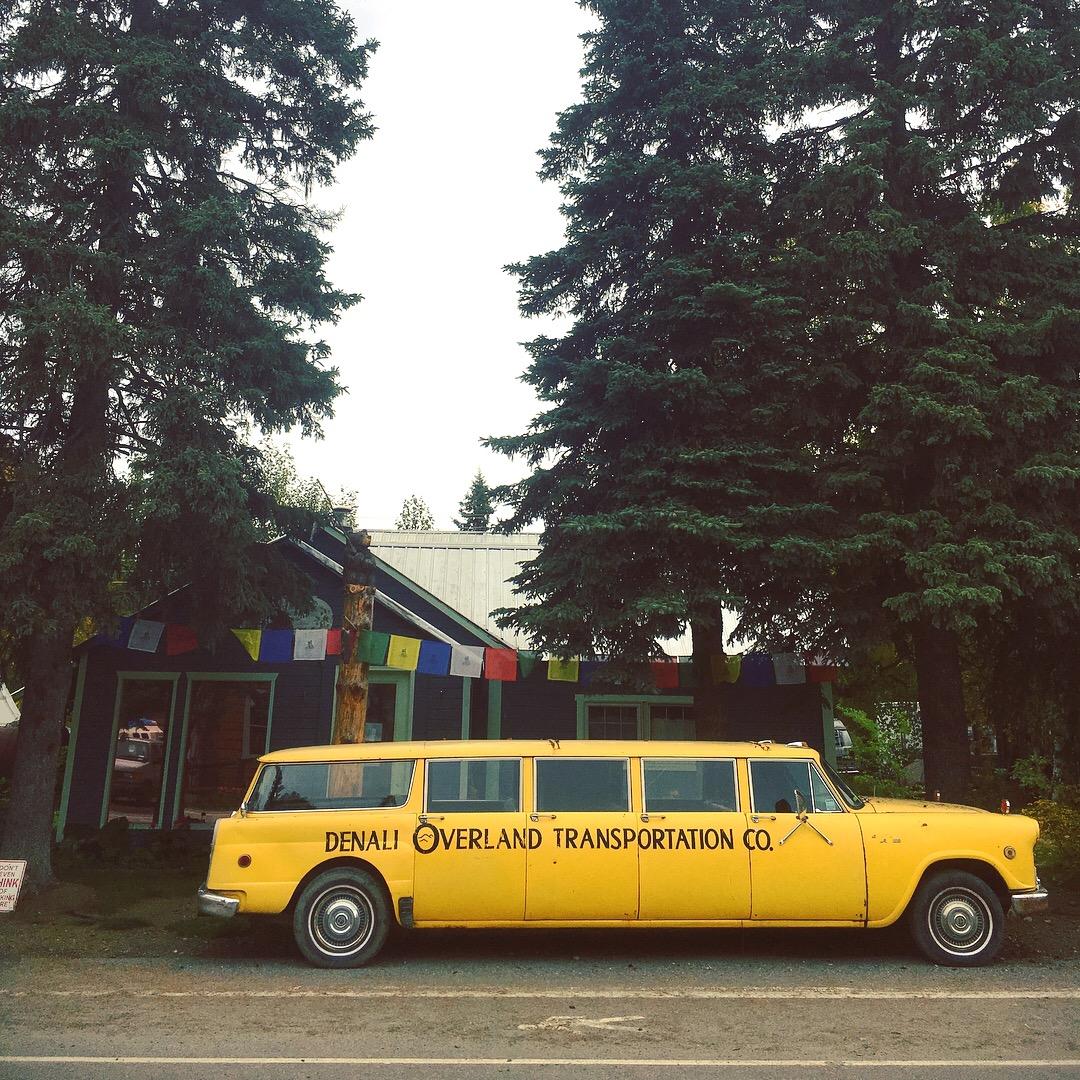 Although its year-round population never quite tops 800, Talkeetna sees an influx of both tourists and seasonal residents during peak months thanks to both outdoor activities and the many annual festivals. The summer season starts off with Moose on Parade, where local artists team up with the Chamber of Commerce to create various different moose (some life-sized) that are then placed around the community, presented in the Fourth of July parade, and later auctioned off.  The month-long celebration known as Winterfest encourages visitors to come to Talkeetna during the very snowy and very cold month of December, with plenty of activities, events, and live music. Part of this is the tongue-in-cheek Wilderness Woman Contest, where women compete in a variety of events like fishing, sawing wood, and yes, sandwich prep (that’s the tongue-in-cheek part, don’t worry). Afterward, women are invited to the annual Bachelor Auction & Ball where they can purchase a dance from any of Talkeetna’s eligible bachelors. Proceeds from both events go to funding local domestic violence programs. 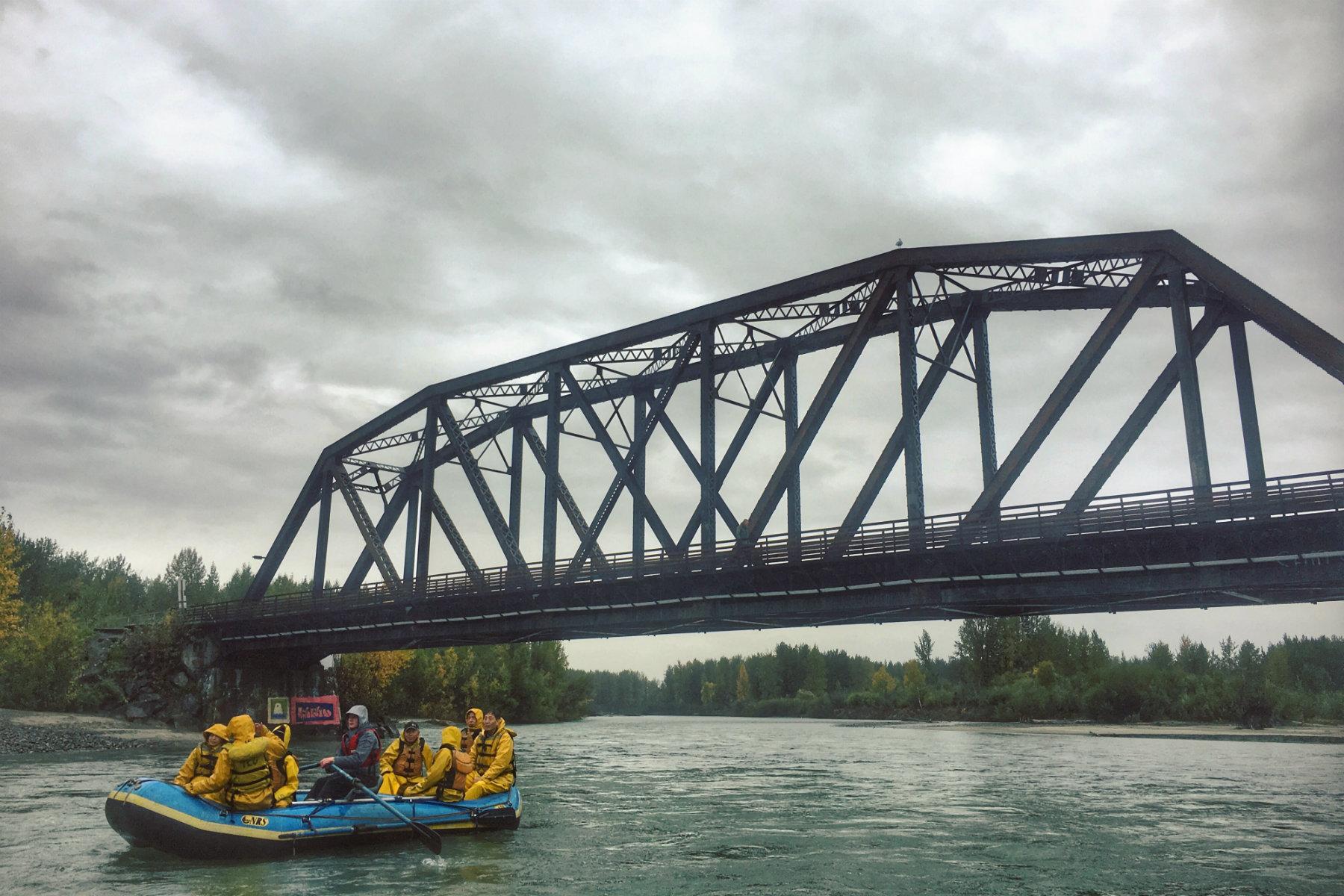 Thanks to Talkeetna’s close proximity to Denali National Park, if residents here aren’t hippie artisans, they’re real-life mountain men and women (oftentimes, they’re both). The town is still the jumping-off point for any mountain climbers brave enough to try to make it to the summit of Mount Denali, while many in-town outfitters offer flight tours that take you to its peaks and even allow for some glacier treks. Talkeetna itself is located at the meeting of three rivers (the Talkeetna, the Chulitna, and the Susitna), so fishing for salmon and rainbow trout is quite popular, as are riverboat and raft tours to spot the bears, eagles, and moose that live and hunt along the river banks. There’s also plenty of hiking, kayaking, zip-lining, and even a sled dog camp to help you prove your worth as a real Alaskan adventurer.