Ready yer sea legs and leave the landlubbers behind!

If tales of pirates delight you to no end, then let’s set sail together and discover some of history’s favorite pirate haunts, where buccaneers used to take refuge, enjoy their free time, or organize their predacious adventures. 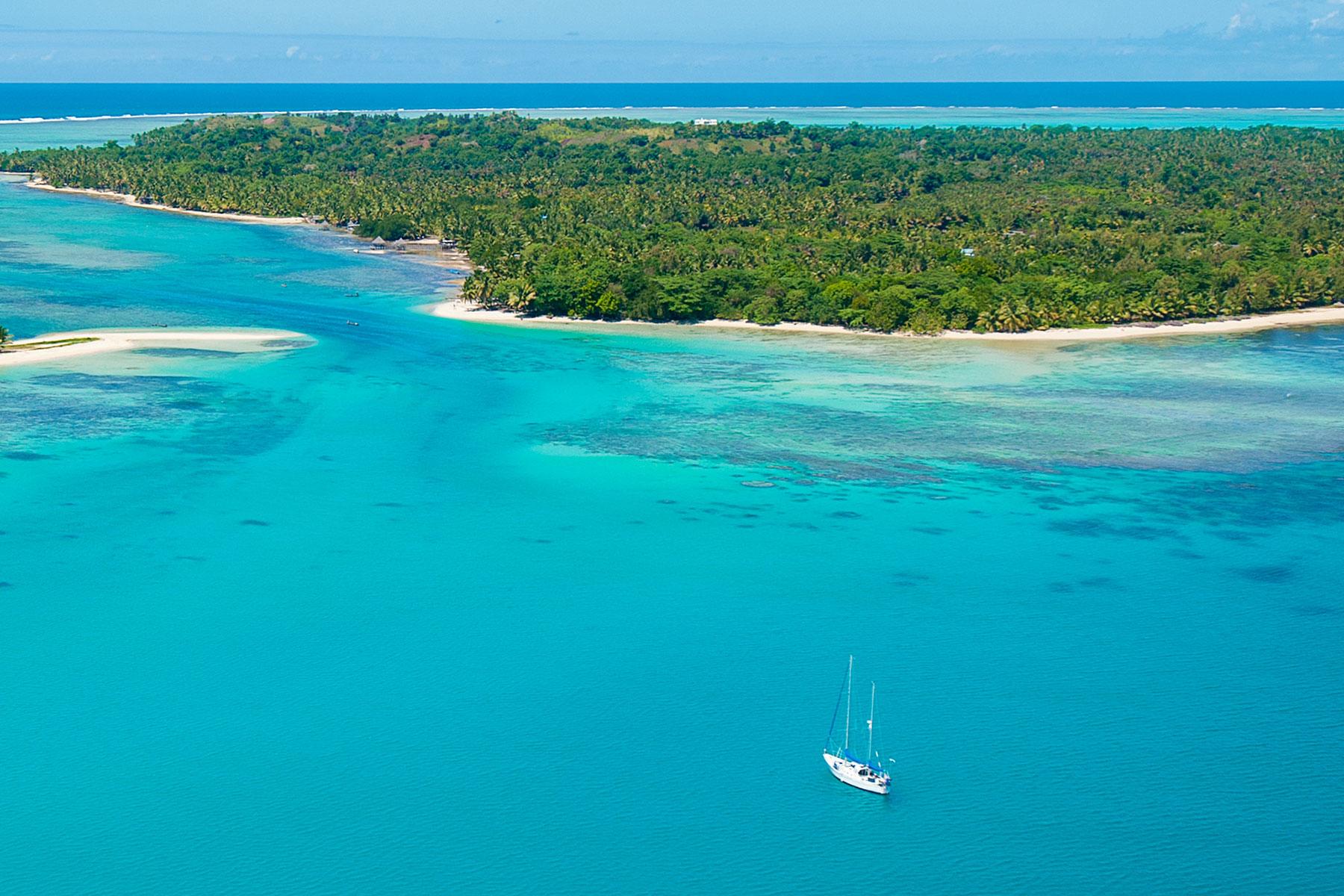 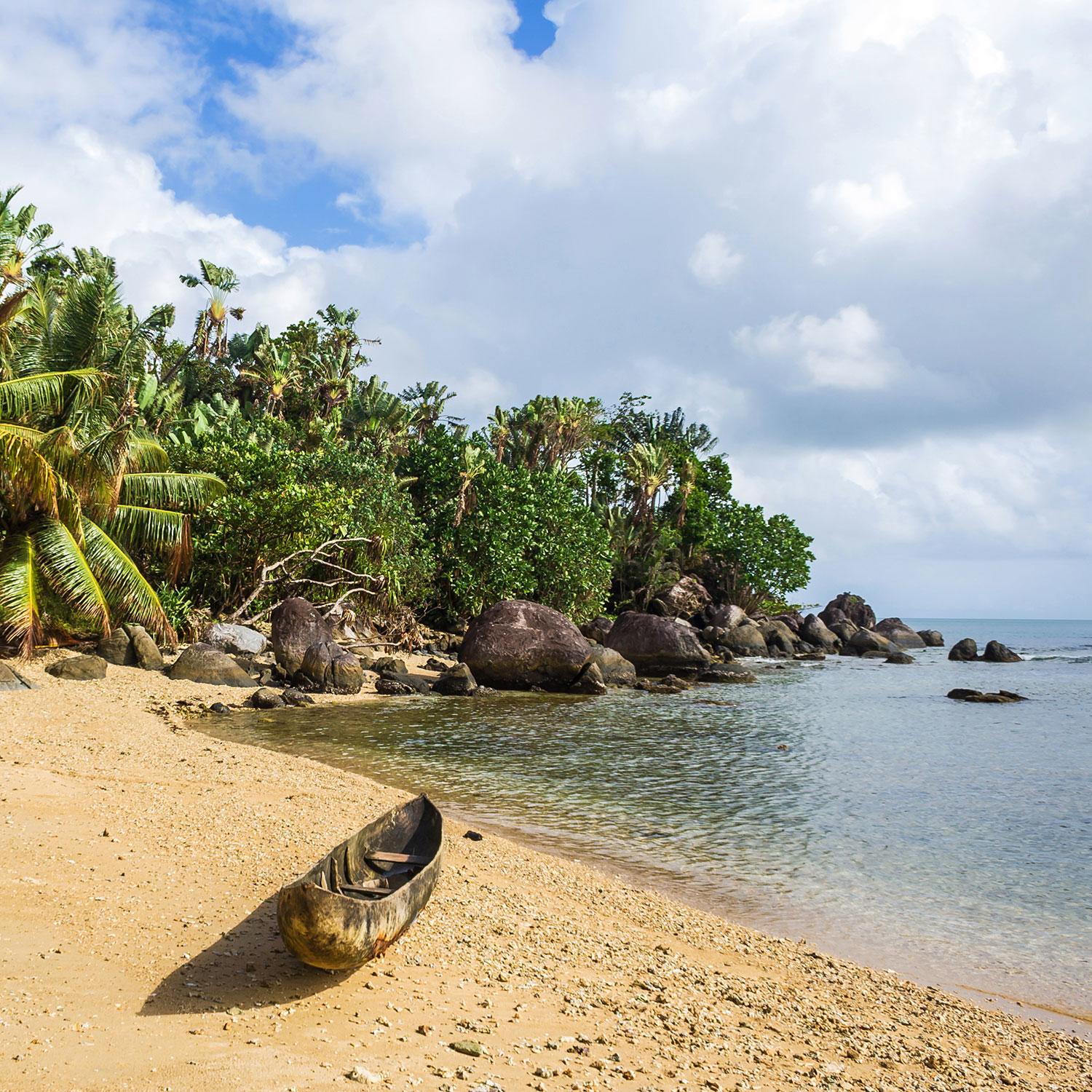 PHOTO: Pierre-Yves Babelon/Shutterstock
Previous Next
1 OF 15

The Île Sainte-Marie (Nosy Boraha now), just off Madagascar’s west coast, was once as close to a pirates’ paradise as the world has ever known. This small island, a popular sanctuary for pirates like William Kidd, was frequented by unruly sailors in a need of a bit of rest. During the 17th and 18th centuries, St. Mary’s Island grew into the perfect spot for pirate R&R in between looting ships in the Indian Ocean. Some of the brigands even settled down long enough to start little pirate families.

INSIDER TIPIf you visit Île Sainte-Marie, be sure to swing by the pirate graveyard, where you might rub elbows with eager souls still scouring the island for its rumored buried treasure. 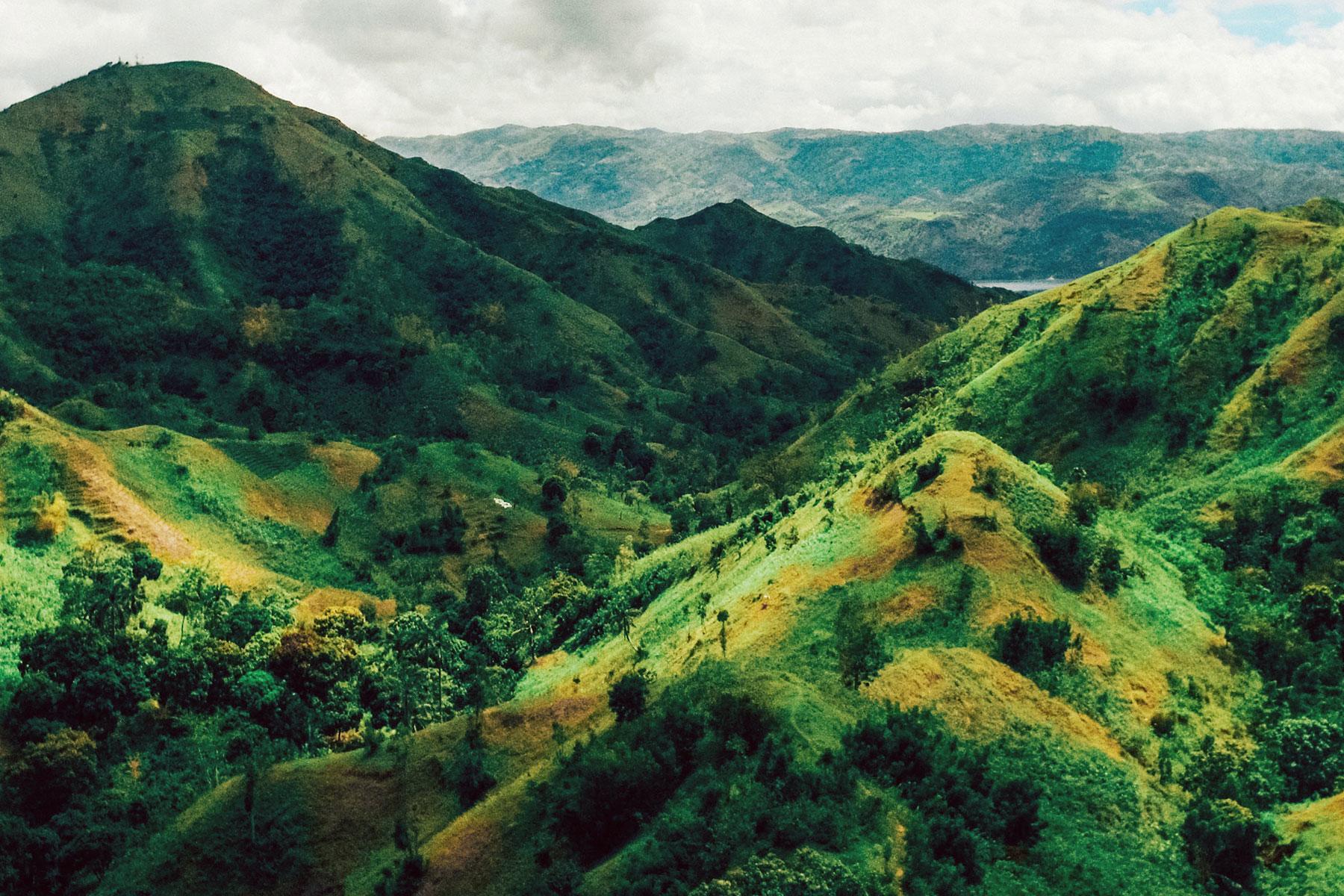 English and French pirates falling under the name Brethren of the Coast, including the likes of Henry Morgan, sailed out of Tortuga. This smallish island, situated just north of modern Port-de-Paix, became a safe haven for pirates during the 1600s. It offered buccaneers an ideal location for attacking trading vessels plying Caribbean waters. The Brethren of the Coast—separated into English and French colonies—even created codified laws known as the “Custom of the Coast,” regulating how pirates should interact with one another and divide their loot. 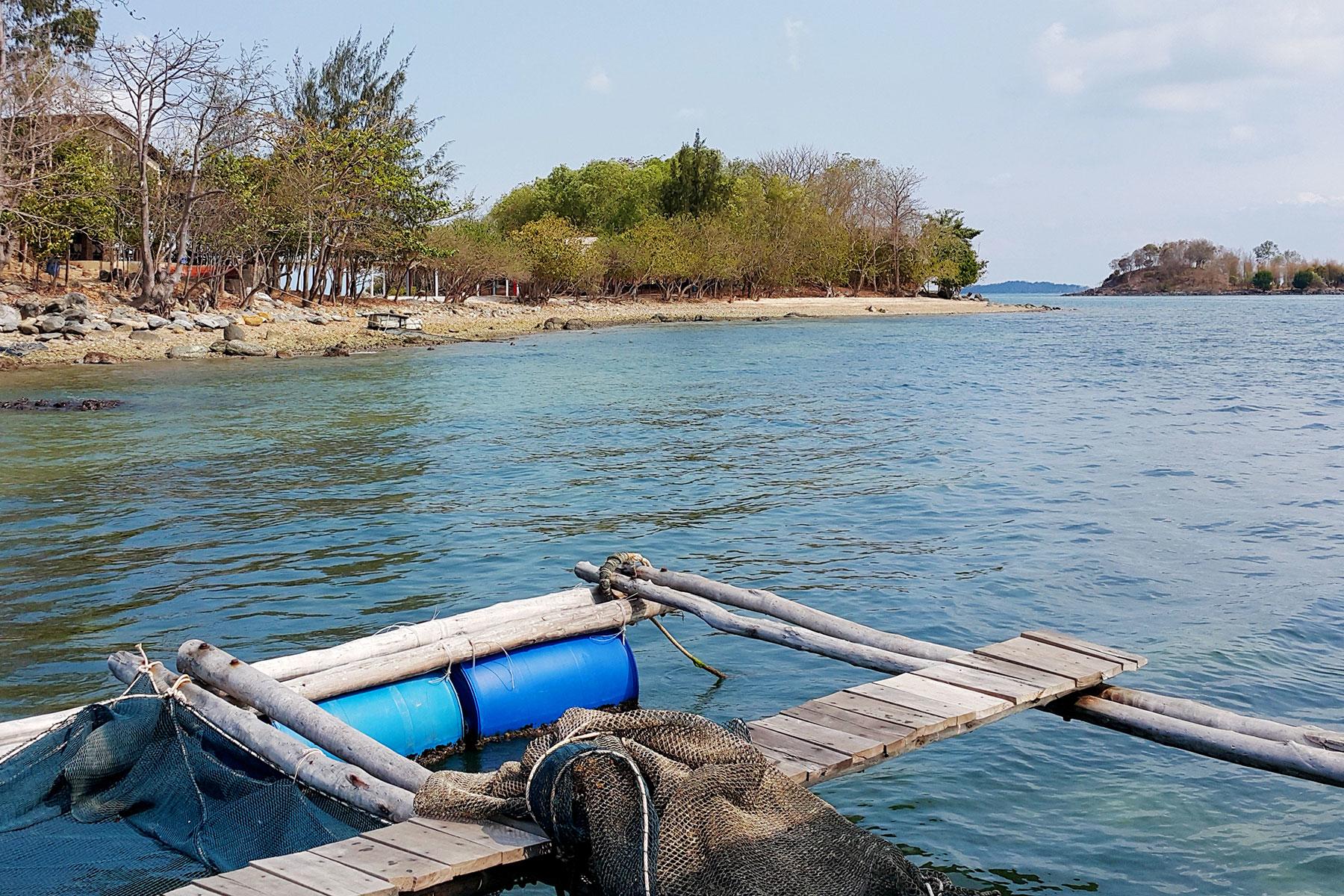 Hai Tac Island, near Vietnam’s southwestern coast, was a notorious hangout for pirates. This “pirate island,” which is actually an archipelago of 16 small islands, had a reputation for sheltering pirates as recently as the 20th century—and for hundreds of years before then as well. These days you probably won’t encounter any bandits, but for seafood lovers, delectable crustacean treasures coming from the sea abound.

INSIDER TIPHai Tac isn’t set up for tourist throngs, so if you want stay the night, plan on organizing a homestay, camping by the beach, or sleeping in a hammock outside. 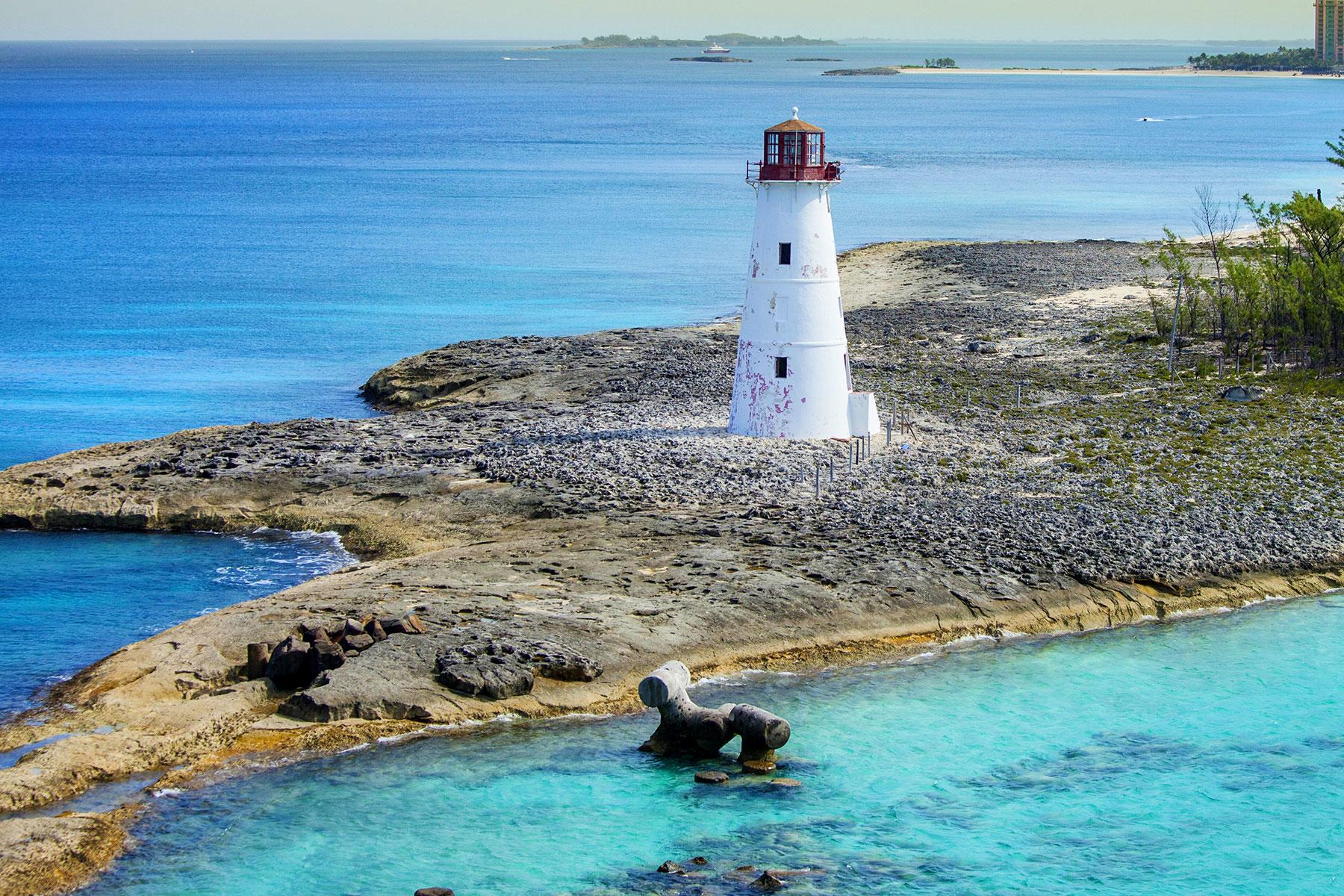 New Providence featured big during the Golden Age of Piracy, with dangerous marauders like Benjamin Hornigold, Edward Teach, Jack Rackham, and Charles Vane frequenting the island. The bloody back and forth between pirates and various colonial powers—especially the English and Spanish—vying for control of the island, or simply looking for shelter, took its toll on national governments and buccaneers alike.

The bawdy television series Black Sails, although incorporating hefty doses of fiction along with loosely-based history, offers some playful insight into Nassau’s short-lived Republic of Pirates. 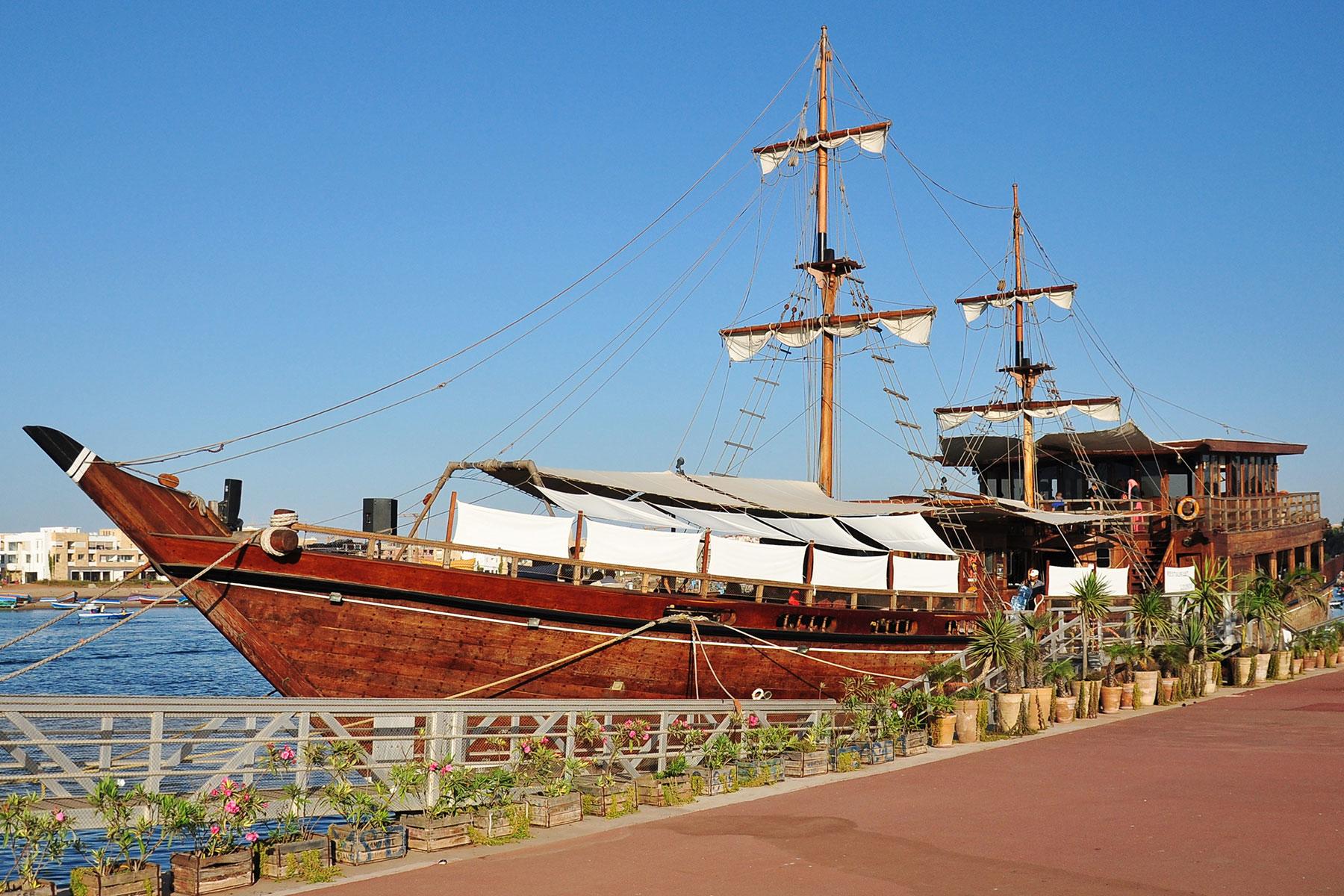 Daniel Defoe’s fictional hero Robinson Crusoe was captured by Salé Rovers, before he escaped and sailed off for more adventures. In the real world, fearsome Barbary pirates (Corsairs) built a self-governed pirate enclave known as the Republic of Salé, situated in what is now western Morocco, at the mouth of the Bou Regreg River.

Modern-day Salé is on the northern side of the river, with the capital of Rabat on the southern side. During the 1620s, the Dutch pirate Jan Janszoon became the Grand Admiral of this brief “republic,” although the Moroccan Alaouite dynasty eventually came in and ended the pirates’ sovereignty.

INSIDER TIPRabat has a lot more going on than Salé, although the Great Mosque of Salé is something to behold, as are the views of Rabat across the river. 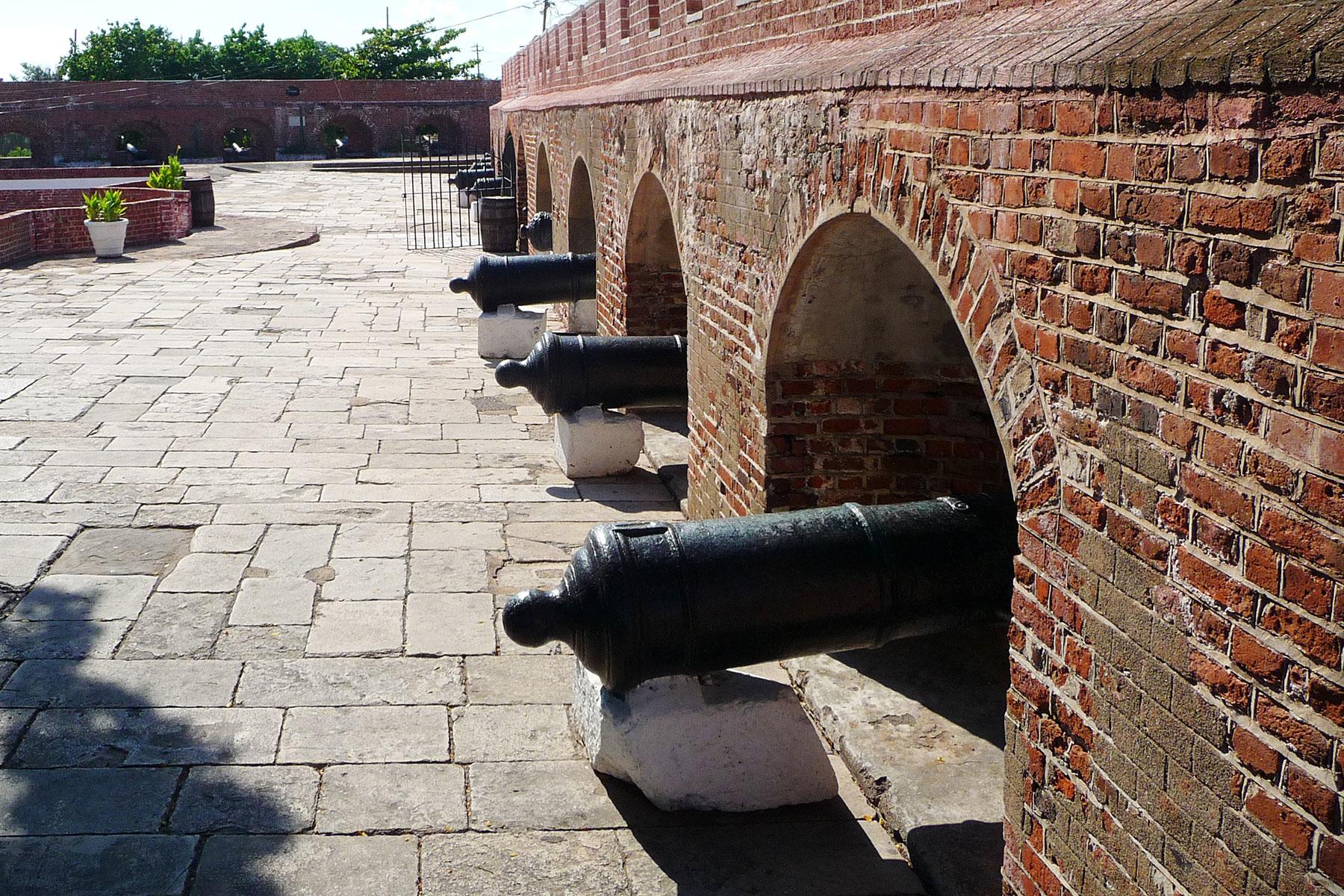 British and French pirates, including Charles Vane and Henry Morgan, spent a good amount of time in the harbor of Port Royal during piracy’s heyday in the Caribbean. Branded as a pirate paradise and famed for its debauchery, privateers defended Port Royal from England and Spain while enriching themselves at the same time. At the height of its infamy, it was a strategic spot for sin and vice, where many a swashbuckler “cracked Jenny’s teacup”—which is pirate jargon for spending the night in a brothel. 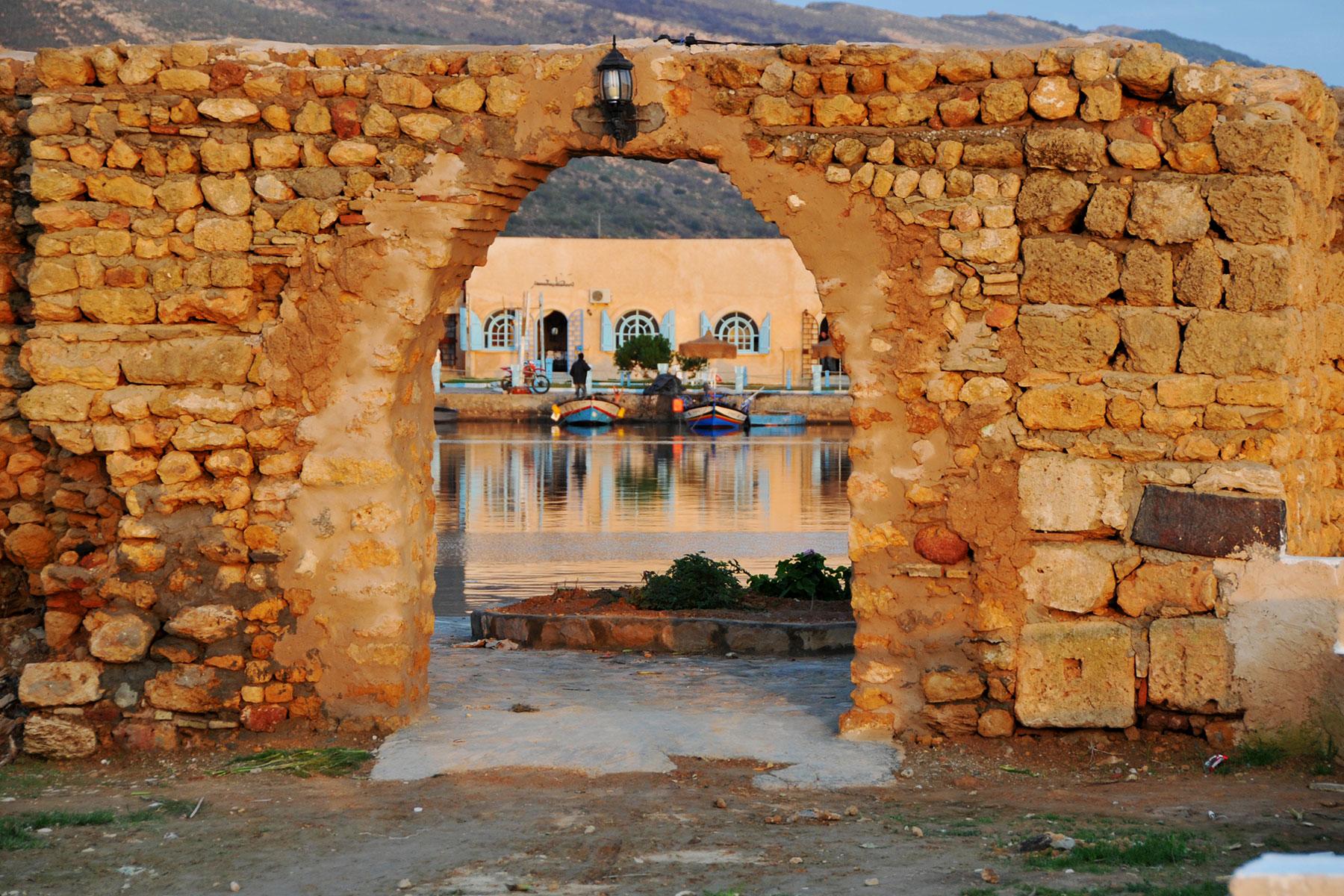 Porto Farina was a stronghold for Mediterranean-based Corsairs, and later on, Maltese pirates. Located on Tunisia’s northern coast, Porto Farina—known as Ghar al Milh today—attracted all kinds of 17th-century sea dogs looking for illicit fortune and violent escapades. Barbary pirates were the first to make this town a base for pirate operations. Following their ouster by the English admiral Robert Blake, British and Maltese brigands soon established themselves in Porto Farina, and used this North African location as a point from which to raid ships crossing the treacherous waters of the Mediterranean. 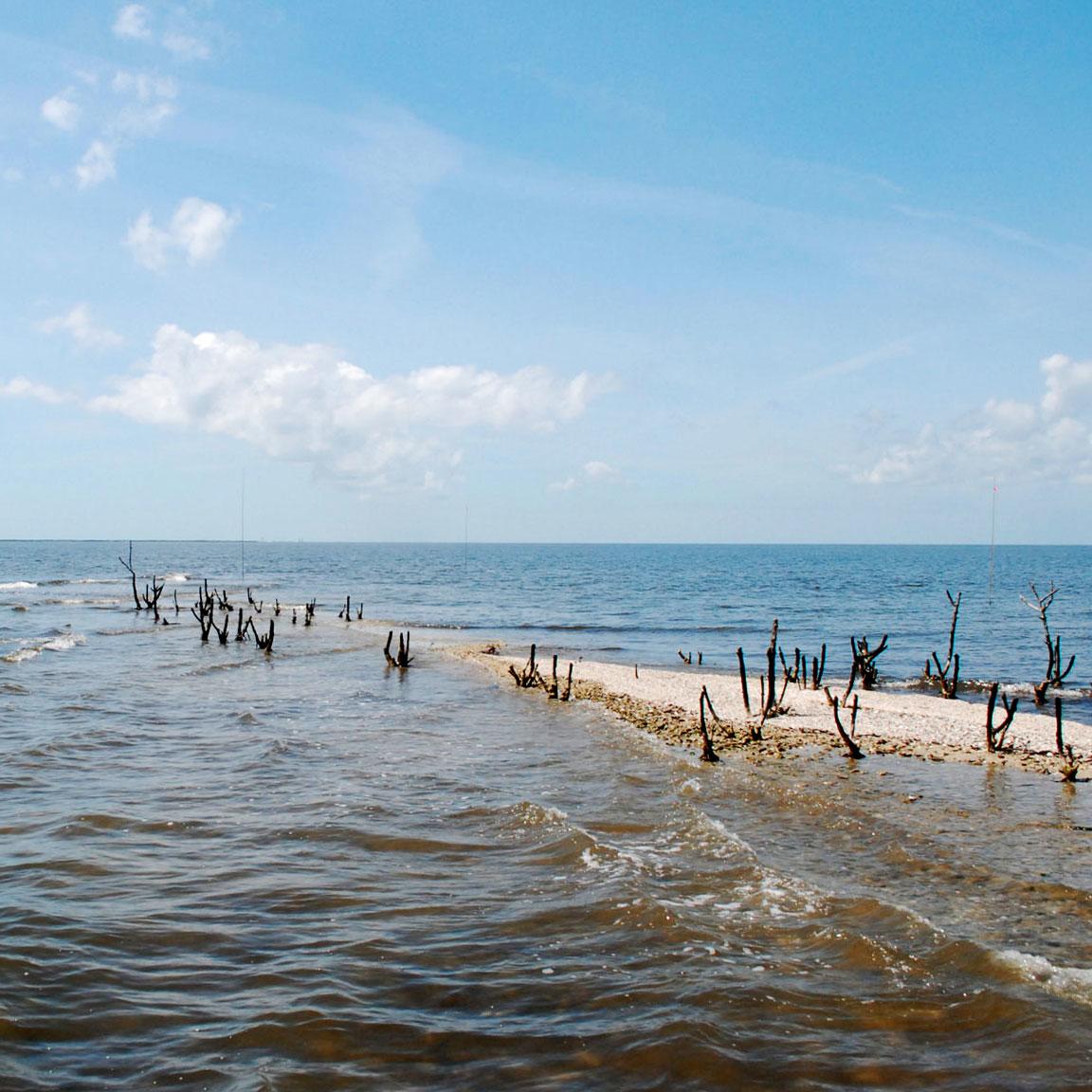 Barataria Bay, just south of New Orleans, was a haven for the French smuggler Jean Laffite, and his brother Pierre Laffite, who along with other pirates working out of the bay were collectively known as the Baratarians. Many accounts of plunder and risky undertakings followed Jean throughout his life—although one of the strangest twists came when he volunteered to fight for the United States, defending the region from British attack during the War of 1812 and the Battle of New Orleans. President Andrew Jackson handed Jean Laffite a full pardon for past criminal indiscretions as a reward for his valiant war efforts.

INSIDER TIPJean Lafitte made such an impact during his life, the Jean Lafitte National Historical Park and Preserve was named after him, which is a series of sites worth visiting if you want to learn more about the history of Louisiana. 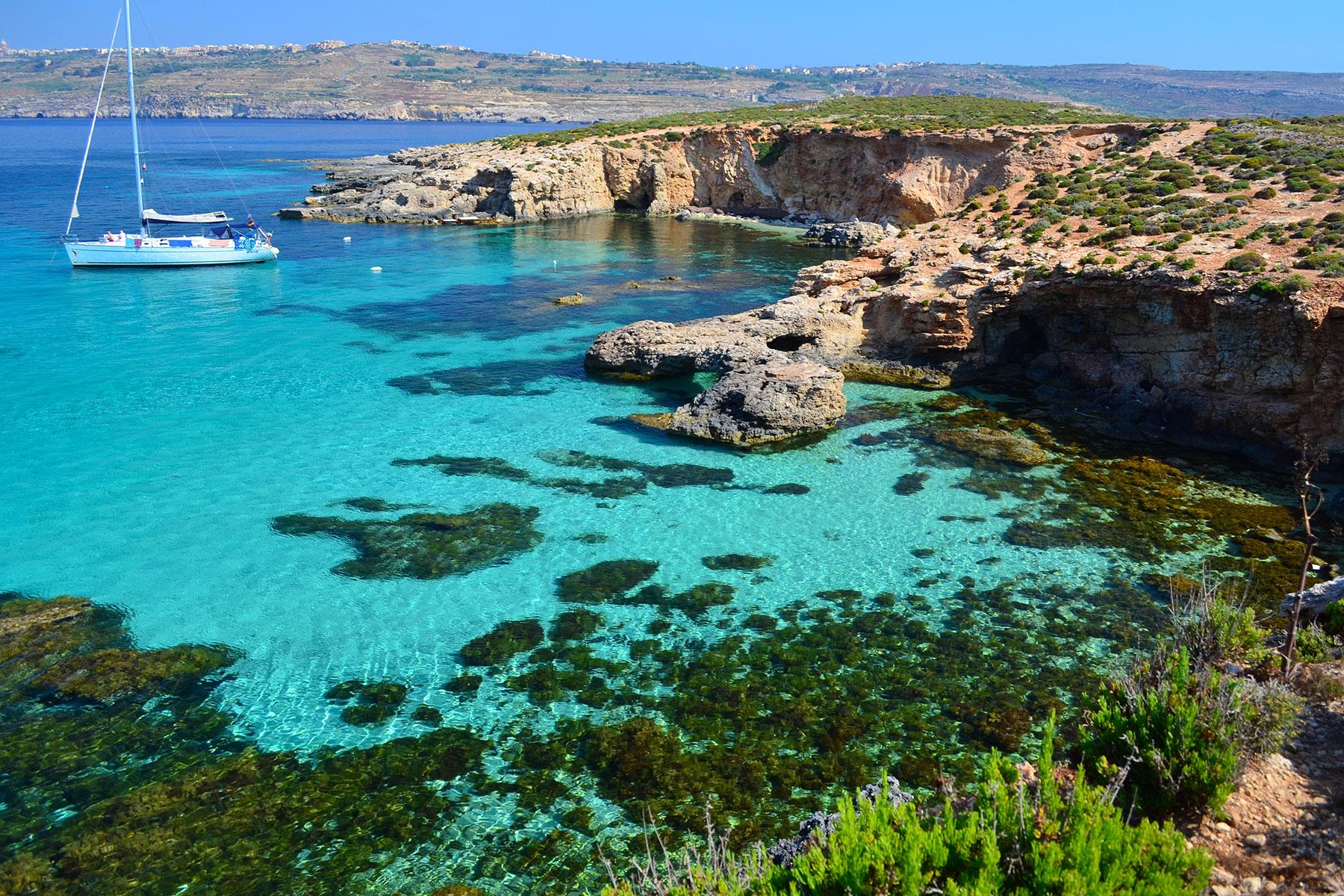 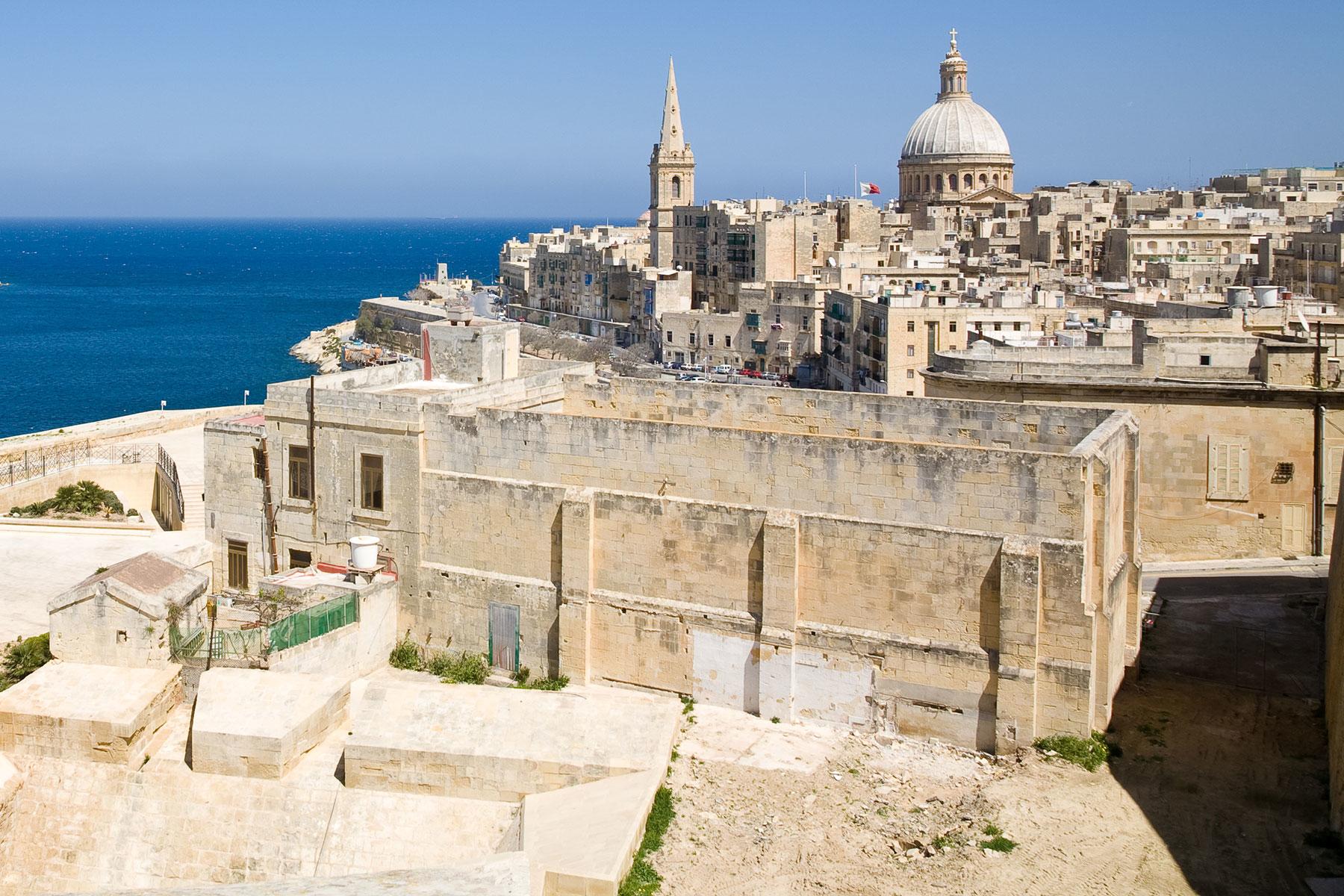 PHOTO: Elifranssens | Dreamstime.com
Previous Next
9 OF 15

While accounts of Maltese seafaring outlaws don’t take up a whole lot of room in the history annals, the locals did engage in their fair share of piracy. This small Mediterranean island saw plenty of uninvited marauders visiting its shores over the centuries. Yet that didn’t stop segments of the population from returning the plundering favor. The Maltese Corsairs, carving out a living from the surrounding seas, took advantage of their prime location—as well as ongoing conflicts between different nations and religions—to raid where they could, and increase their personal riches. 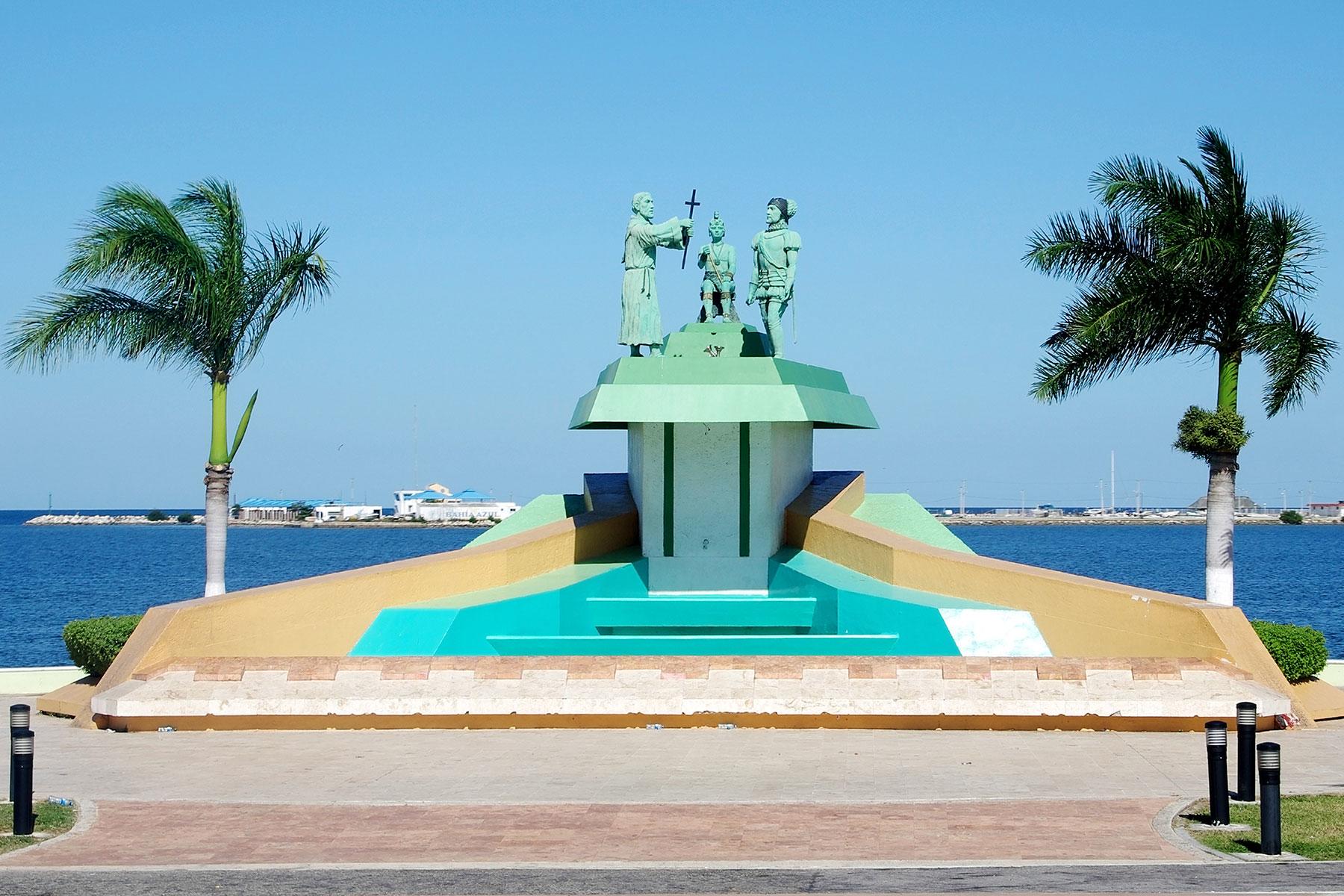 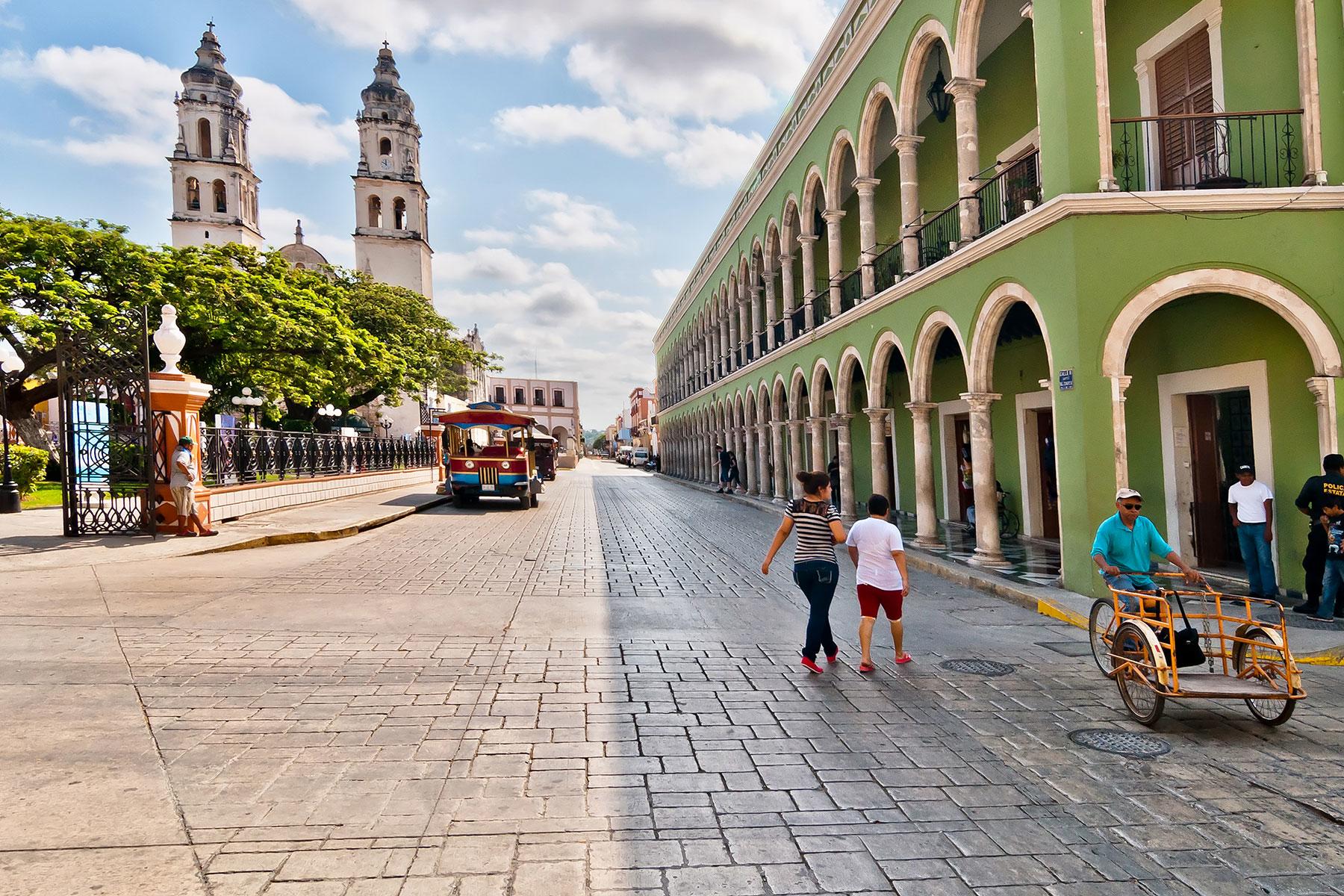 PHOTO: Eddygaleotti | Dreamstime.com
Previous Next
10 OF 15

San Francisco de Campeche, situated next to the Gulf of Mexico, was a favorite target of pirates, who, after pillaging to their hearts’ content, liked to kick back and relax there for a while, enjoying the good life. This port town was regularly embattled thanks to all of the Spanish wealth nestled there. Francis Drake, Jean Lafitte, Henry Morgan, and other pirates came in and tore the area apart for years—until the town erected sturdy city walls and military fortifications, making it easier to repel the pirate scourge.

INSIDER TIPSan Francisco de Campeche is a UNESCO World Heritage Site, where you can still see some of the bulwarks erected to keep the pirates at bay. 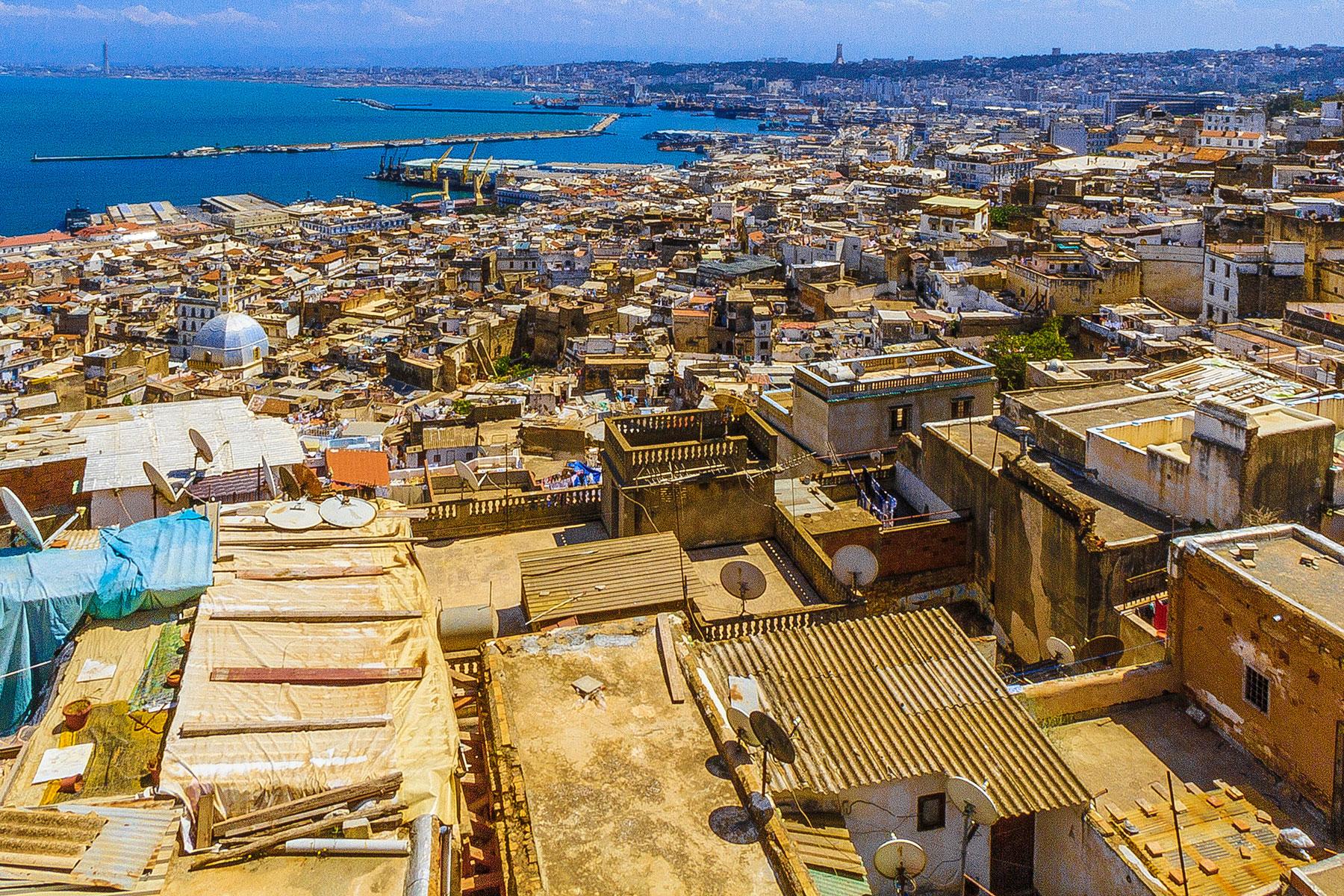 Those Barbary pirates, always up to no good, made their presence known across the Mediterranean and beyond. Algiers was no exception to this rule. Miguel de Cervantes, author of Don Quixote, was apprehended by Barbary pirates and held captive in Algiers for five years in the late 1500s. America’s founding fathers had to contend with pirates based out of Algiers as well. Thomas Jefferson and George Washington were both concerned with how they should deal with the Barbary bandits hounding American ships, which ultimately led to the First Barbary War. 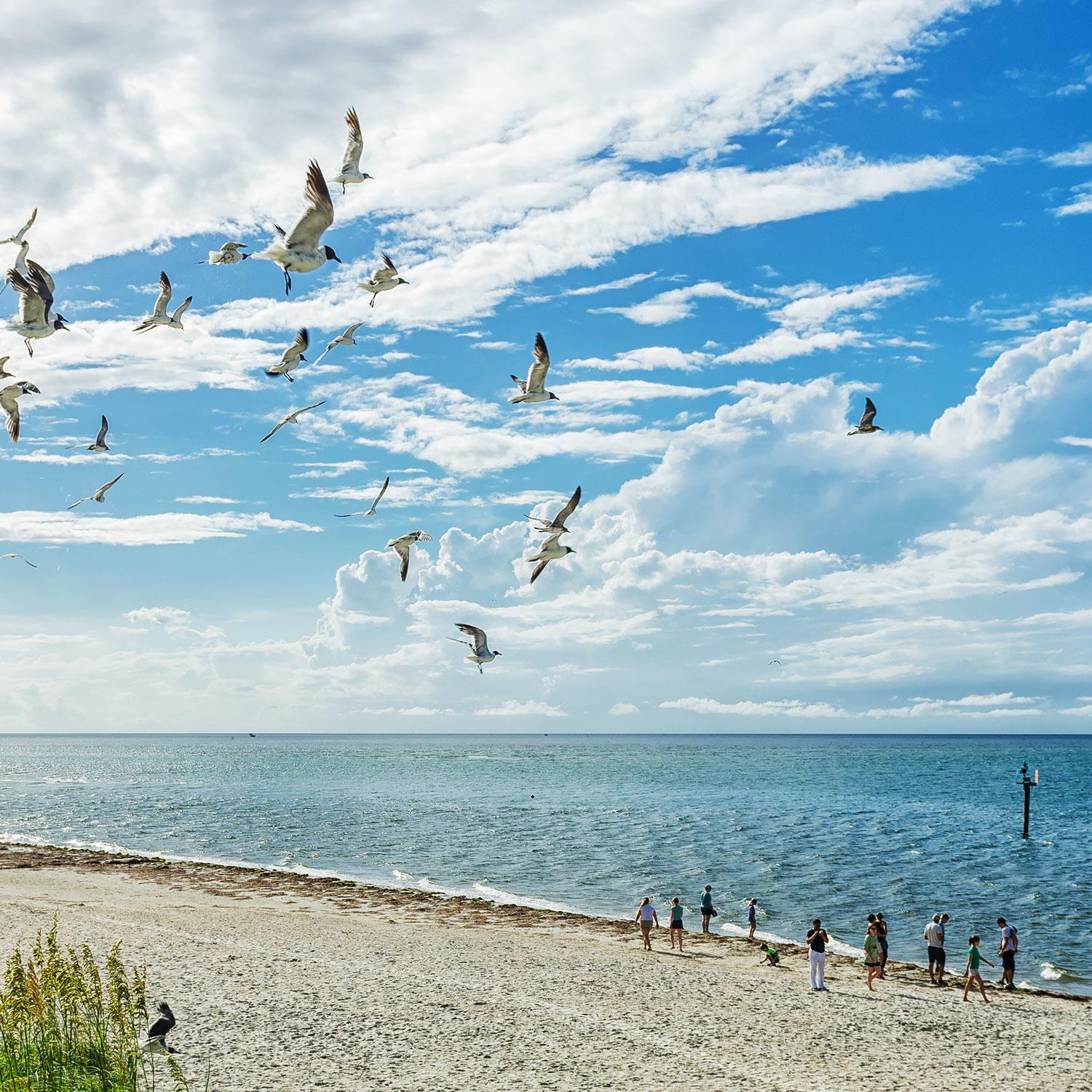 Once upon a time, the Outer Banks of North Carolina served as a hidey-hole for disreputable seafarers like Blackbeard, Jack Rackham, and Anne Bonny. Ocracoke Island offered buccaneers an ideal location—with plenty of resources and places to hide—to hunt prey out in the Atlantic. Shipping arriving to or departing from the Americas was fair game, providing Ocracoke pirates with an abundance of ransacked spoils.

If you want to learn more about the region’s maritime history, and examine artifacts from Blackbeard’s ship Queen Anne’s Revenge, swing by the North Carolina Maritime Museum in Beaufort, on the mainland. 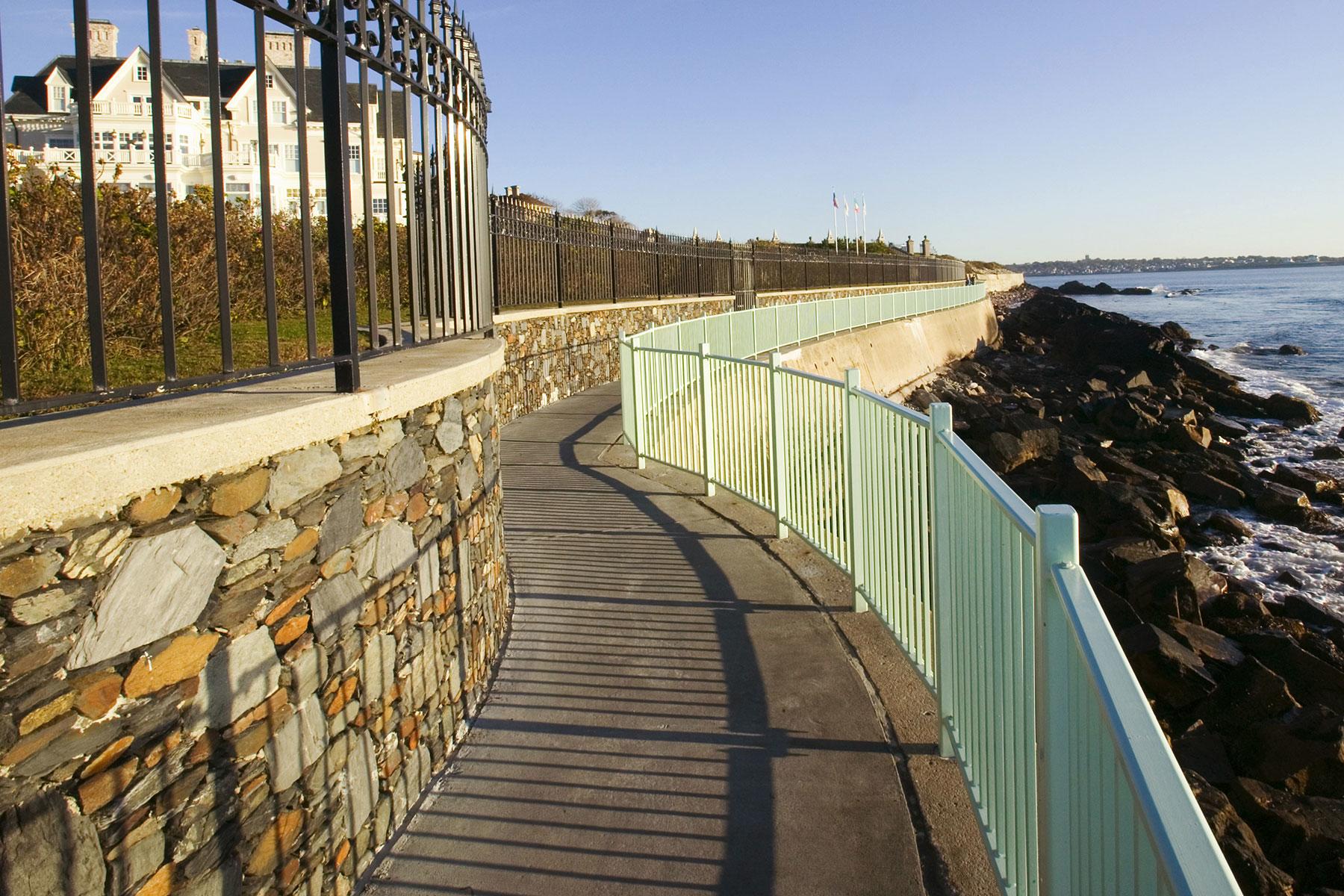 Newport, back in the day, was a thriving center for pirate fleets setting out to attack merchant vessels in the Atlantic, and as far away as the Red Sea. Thomas Tew was one such pirate, who helped build up Newport’s reputation as a pirate den, ready to receive looted goods. The deepwater port afforded pirates the chance to refit and rename their ships, as well as offload their ill-gotten wares. Sadly, at least for criminal types prone to breaking the rules, the laissez-faire attitude toward piracy came to an abrupt end when Newport officials hanged 26 pirates in 1723. 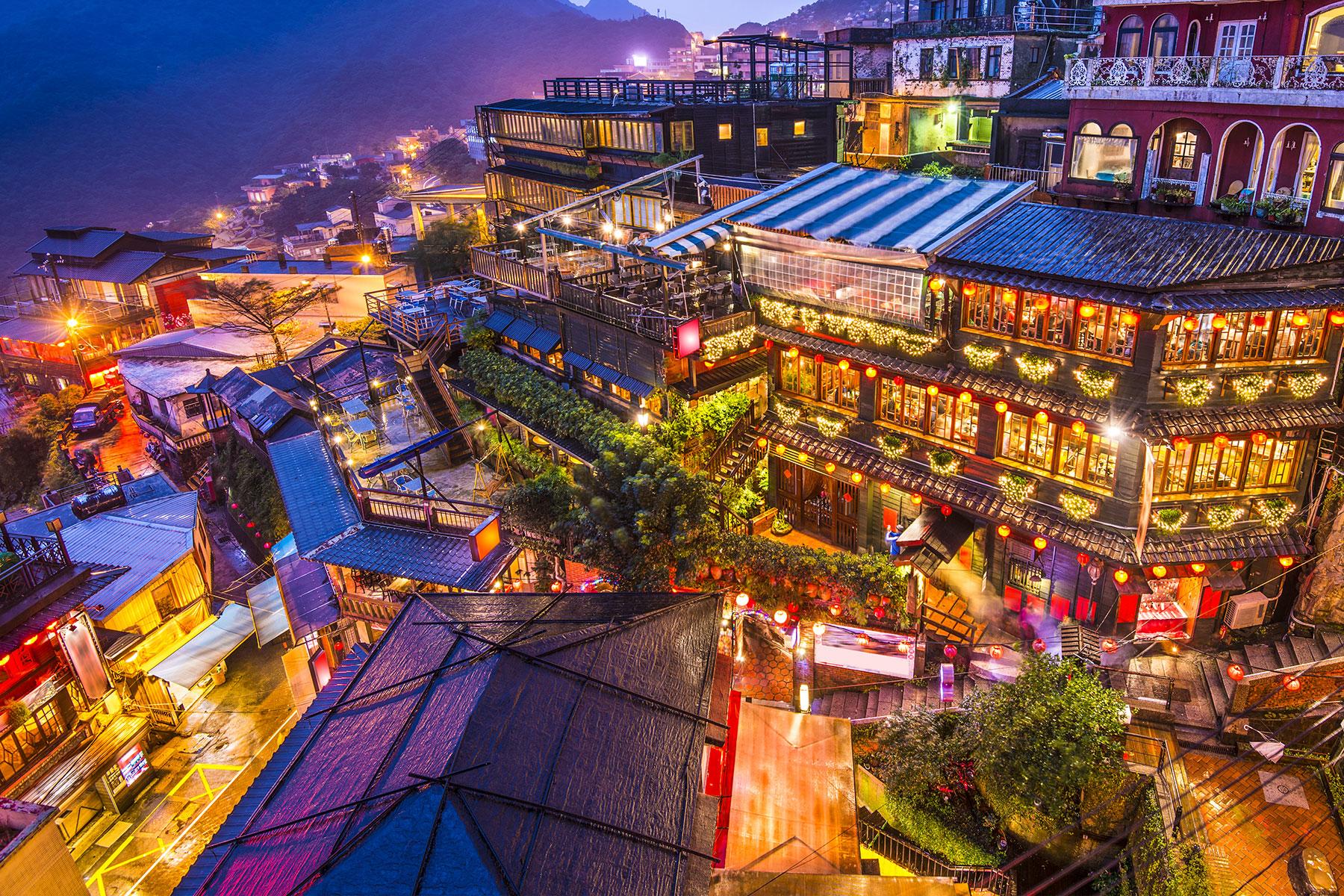 When the pirate Zheng Chenggong ousted the Dutch from Taiwan in 1661, he pretty much ensured his legacy as a pirate hero. With a Japanese mother and a Chinese father, Zheng already had an international bent to his worldview from a young age. After leaving Japan, he studied in Fujian, and later fought against the conquering Manchu Qing dynasty. Zheng Chenggong, and his son Zheng Jing turned Taiwan into a stronghold for battling against Qing forces—and of course for engaging in all kinds of piracy across the South China Sea. 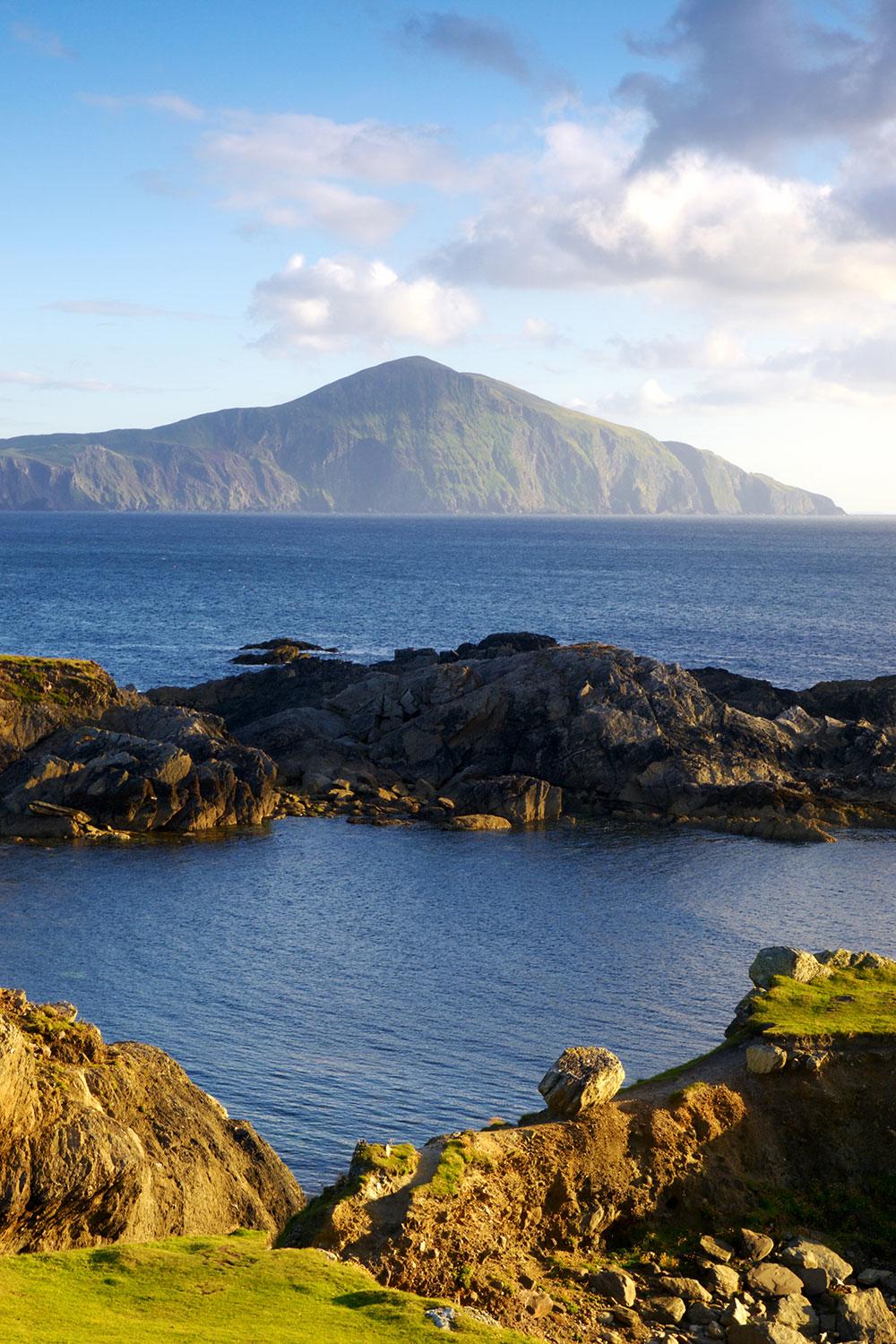 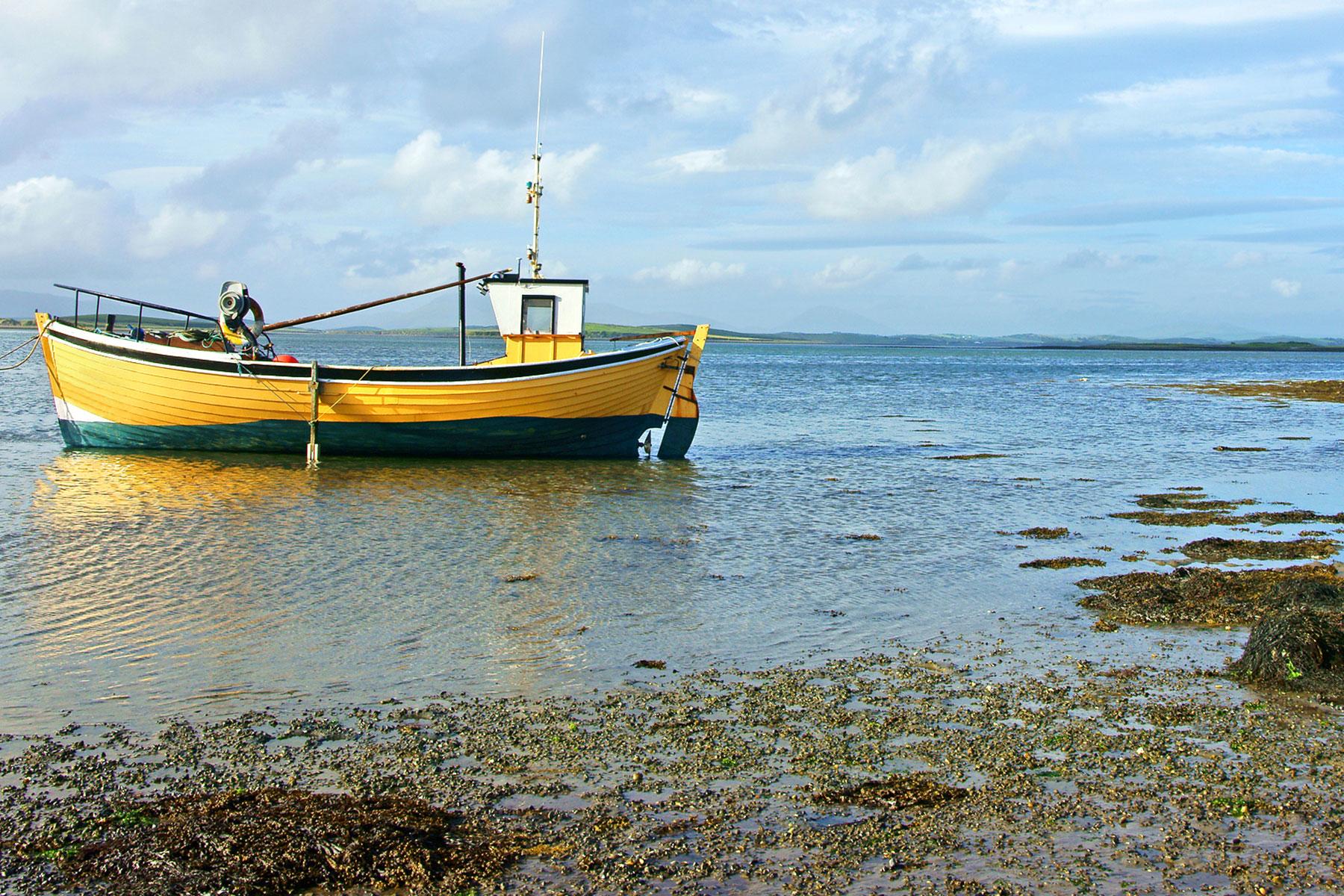 PHOTO: PJ photography/Shutterstock
Previous Next
15 OF 15

During the 1500s in Clew Bay, and on Clare Island, positioned off Ireland’s west coast, Grace O’Malley and the seagoing O’Malley clan robbed and harassed (or “taxed”) passing English ships to such an extent that Grace earned the title “Pirate Queen of Clew Bay.” After the death of her first husband, Grace put together a rough-and-tumble fleet of sea marauders, which she kept running after her second marriage to Richard Bourke (Iron Richard), all the while engaging in piracy, attacking castles, fomenting rebellion, and still managing to raise a family at the same time.

Grace O’Malley is an Irish cultural force to be reckoned with, taking shape in the form of songs from Cathie Ryan, The Dreadnoughts, and others over the years, including the Broadway musical The Pirate Queen.