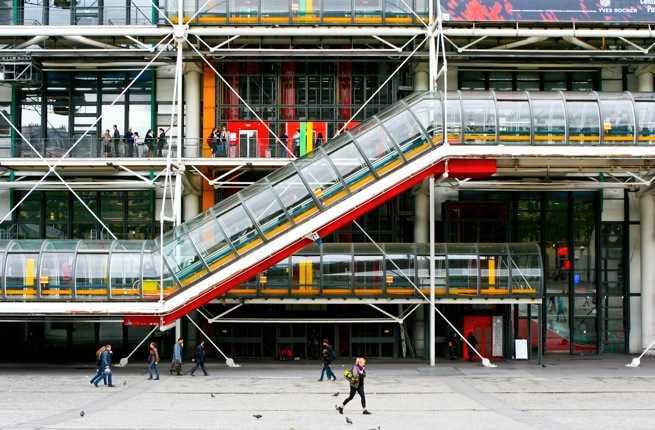 Some museums are such bastions of artistic, cultural, and historical wonder that they may compel you to pack your bags and visit, even if they’re several time zones away. Many of are top picks are located in popular cities that tempt travelers with their many attractions—but some of our selections may surprise you. From the Louvre in Paris to the Kunsthistorisches Museum in Vienna, these are 15 museums we’d happily cross an ocean to visit. After taking a gander, you may decide to plan a trip of your own.

The scandal caused by its opening in 1977 contrasts with the Centre Pompidou's youthful exterior aesthetic: primary-color-coded tubes encompass the Lego-like building. Inside you'll find art from the 20th century onward, including major works by Matisse, Modigliani, Duchamp, and Picasso, as well as video installations from the '60s and a Children's Gallery with interactive exhibits. The Atelier Brancusi contains four rooms recreating Brancusi's Montparnasse studios, while the Stravinsky fountain has 16 gyrating mechanical figures in primary colors, including a pair of giant ruby-red lips.

Insider Tip: The view of Paris from the roof is a masterpiece in itself; dine at romantic, trendy rooftop restaurant Georges while you're up there. 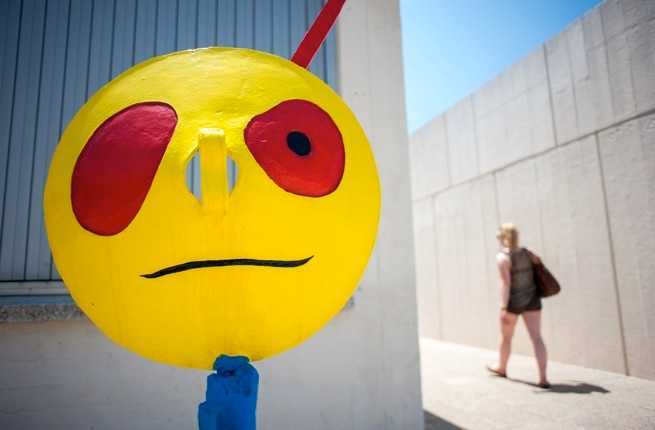 Joan Miró dabbled in Surrealism and Dadaism to international acclaim, but never lost his sense of pride for his homeland. The permanent collection established at the Joan Miró Foundation museum in 1975 includes over 14,000 pieces by the Catalan artist. The open-plan, Rationalist architecture almost rivals the artistry of the works it houses, inspired by traditional Mediterranean styles that balance the architecture and environment.

Insider Tip: The Espai 13 section of the museum is devoted to artistic experimentation and innovation, which Miró championed. 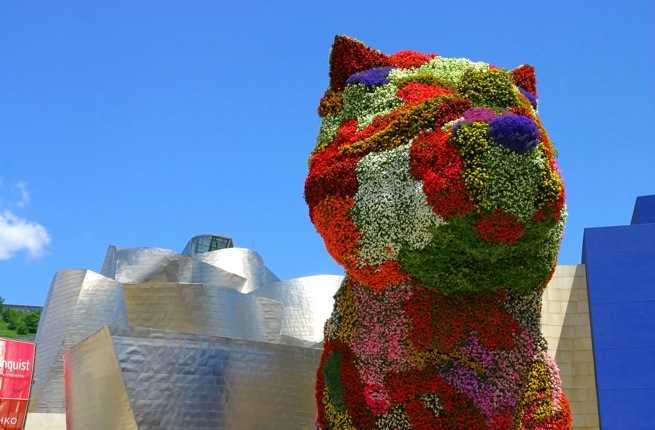 The Bilbao Guggenheim has been breathing new life to the once-industrial Basque Country since its opening in 1997. Its gleaming titanium, limestone, and glass architecture evokes a marine elegance that's perfect to house the contemporary and postmodern works it contains, and that harkens back to the region's shipyard days. It also serves as an urban nerve center, with a 150-ft atrium that gazes into the town center and across the river. This connects to 19 galleries via networked metal walkways and glass elevators. The lustrous building stands out amidst Bilbao's industrial grime; this, along with its collection of over 250 works as well as large-scale installations, make it Bilbao's main attraction. 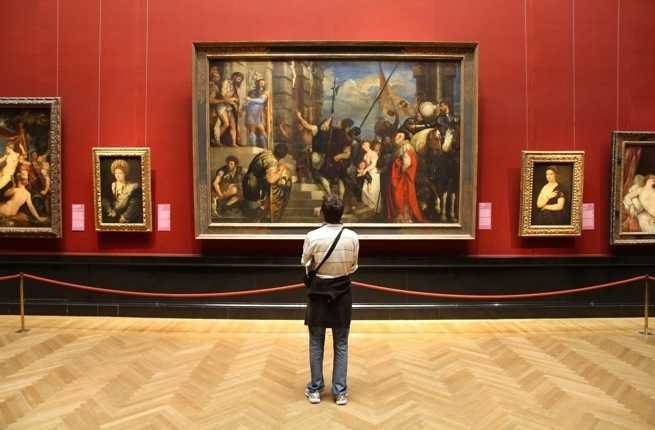 Its name implies a historical focus, but Kunsthistorisches Museum is a tour-de-force of the selective, regal tastes of the 16th- and 17th-century Habsburg empire. Its claim to fame is having the largest collection of paintings by the Netherlandish 16th-century master Pieter Brueghel the Elder—many art historians claim a glimpse of his Hunters in the Snow alone warrants a trip to Vienna. The main and side wings contain Brueghel's works, along with grand 17th-century pieces, Rembrandt portraits, an Italian wing, and more. Below are priceless objects of the Habsburg emperors, Egyptian antiquities, Greek and Roman art, sculpture, and more.

Insider Tip: Visit the museum on a Thursday, when you can enjoy a decadent gourmet dinner for €39 in the cupola rotunda. 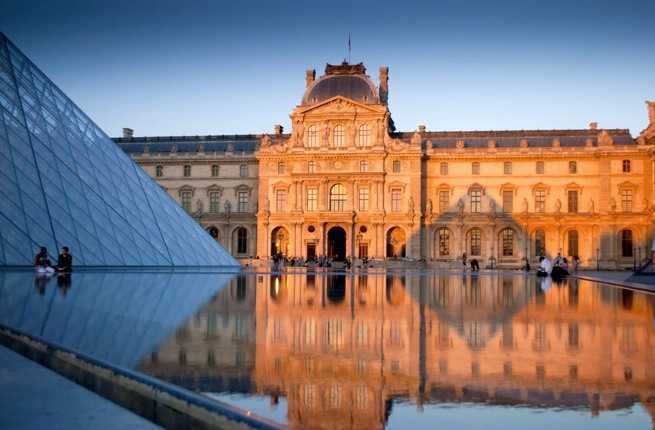 Why the Louvre is worth the journey should go without saying—it's unquestionably the best art museum in the world, as well as the largest, with 675,000 square feet of works from nearly every civilization on earth. There's enough to fill a week's worth in Paris, from the Mona Lisa (be prepared to battle rampant camera phones), to the Venus de Milo, to Winged Victory. The building itself is an epic history, once serving as a fortress, then a royal residence before its current incarnation. I. M. Pei's Pyramide outside is a tourist photo-op rite of passage and cultural icon of its own. Two wings not to miss are the brand new, 30,000-square-foot Arts of Islam wing and the contemporary ceiling in Salle 32 by American Cy Twombly.

Insider Tip: Grab a color-coded map and Nintendo 3DS multimedia guide at the entrance, and plot to visit what most piques your interest (although amazing art lies wherever you wind up). 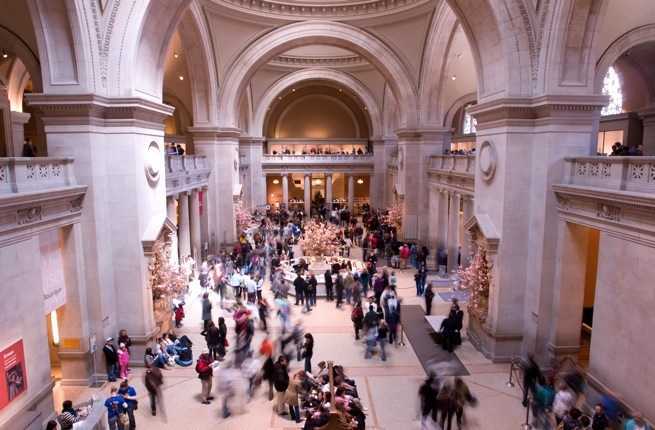 Another museum that could itself take a week to fully explore, Manhattan's Metropolitan Museum contains over 2 million works of art spanning 5,000 years of history. Don't miss the revitalized, airy American Wing, or the splendid Temple of Dendur, which stands in a huge atrium surrounded by a moat to represent its original Nile River resting spot. There's also the Met's 15 Islamic galleries, which house one of the world's premier collections of Islamic art.

Insider Tip: The $20 admission fee is steep, but thankfully it's a "suggested donation"—just be prepared for stern looks from behind the desk if you decline to pay up. 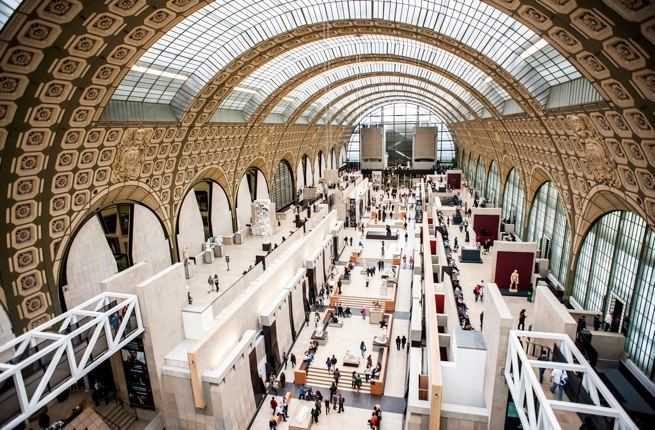 This one-time train station was renovated and opened in 1986 as a three-story collection of Impressionist and Postimpressionist paintings. The biggest names (Degas, Pissarro, Sisley, Renoir, Monet) are housed up top, while the earliest (Manet, Cezanne, etc.) are on the first floor. In between are sculpture and Art Nouveau furniture. The whole experience is akin to meandering through a dreamy, watercolor world—a bit like Paris itself.

Insider Tip: See the very view that inspired the Impressionists: pay a visit to the balcony beyond the Cezanne galleries for a glorious view of Sacre-Coeur. 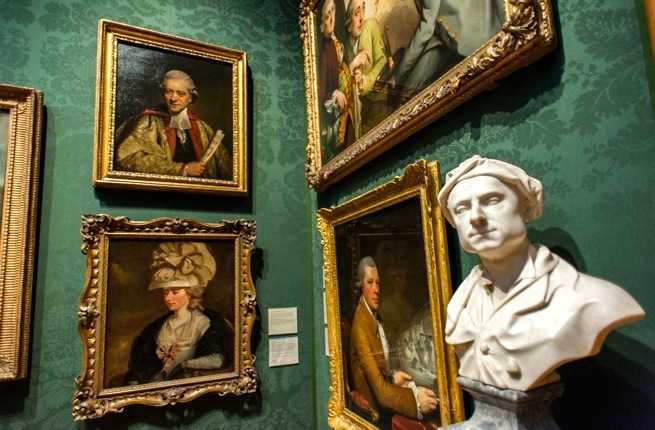 Nothing but British faces—160,000 of the famous and infamous alike—adorn the walls of this essential London museum. The chronologically ordered galleries make it easy to wander from Tudor times to contemporary Britain. There's everything from Andy Warhol's Queen Elizabeth II silkscreens to traditional portraits of nobles like the Bront's and Shakespeare—but what's truly fun is learning the stories behind each and every face.

Insider Tip: Interactive computer exhibits on the ground-floor mezzanine are good for exploring the collection even when your legs are tired. 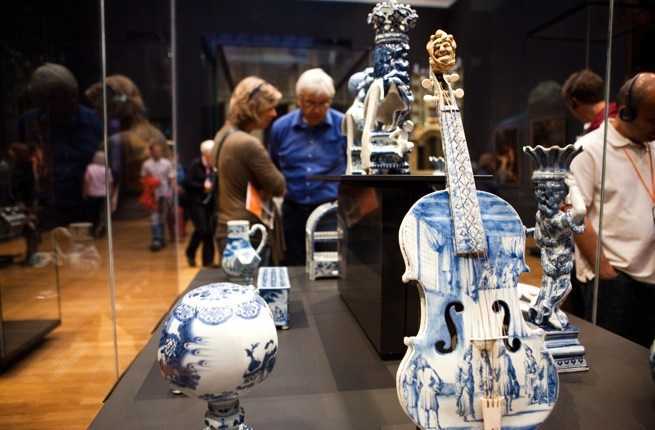 The masterpieces in the Netherlands' grandest museum seem endless, from Rembrandt's Night Watch to works by virtually every Golden Age artist. The museum re-opened after extreme renovations in spring 2013, when its gold-leafed ceilings and polished terrazzo-stone floors were refurbished to bring the entire stunning collection together in chronological order from the Middle Ages to the 20th century. Admire the masterpiece of the building, too, with its glittering, gold-leafed, Neo-Gothic exterior.

Insider Tip: Try the museum's "ARIA" (Amsterdam Rijksmuseum Inter-Active) system, which lets you ask for information on any of 1,250 objects and then gives you directions to find related objects. 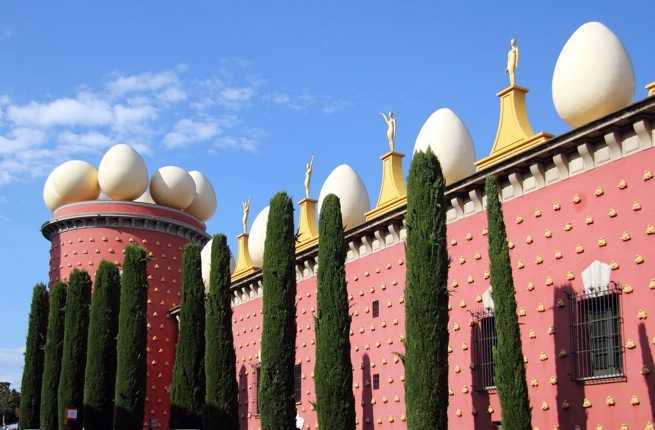 This jaw-dropping museum is one of the most visited in Spain, and certainly in its agricultural hometown. Dali preferred to call it a "Theater," and in fact it once was. Now, the dreamlike building is topped with a glass geodesic dome and studded with Dali's iconic egg shapes. Like Dali's art, the museum is imagination incarnate, with a collection of Dali's lesser-known surrealist works as well as some whimsical coin-operated pieces and the artist's crypt itself.

Insider Tip: The summer night sessions come with a glass of cava on entry, making for the perfect evening of Surrealism. 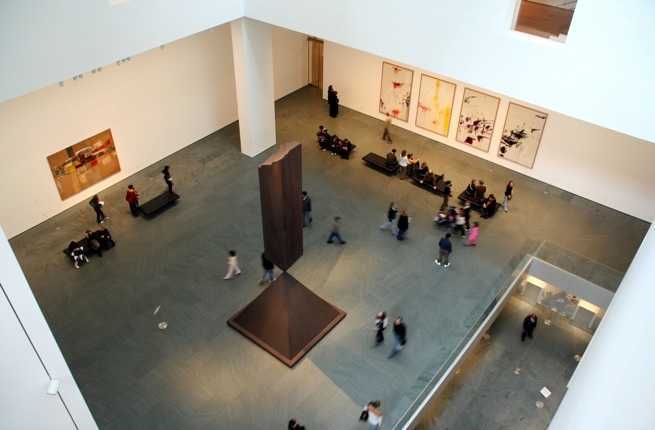 Insider Tip: Take a short train ride over to MoMA's affiliated exhibition space PS1 in Queens, where its Warm Up outdoor experimental music series takes place every Saturday throughout summer. 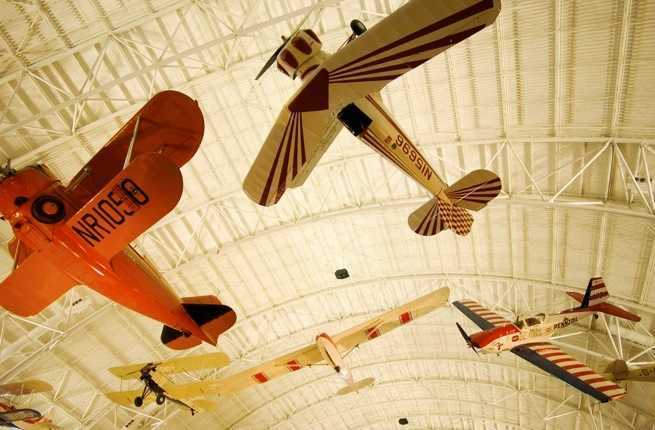 This is the country's most visited museum: 9 million visitors come every year to learn the story of aviation from prehistoric past to mind-boggling future in the museum's 22 galleries. Famous aircrafts hang from the ceiling, and visitors can touch the 4-billion-year-old slice of moon rock collected by Apollo 17 astronauts. A flight simulator and swooping aerial IMAX films also thrill.

Insider Tip: Save some spending money for the amazing three-story museum store, the largest of all the Smithsonian museums, which also displays a model of the USS Enterprise. 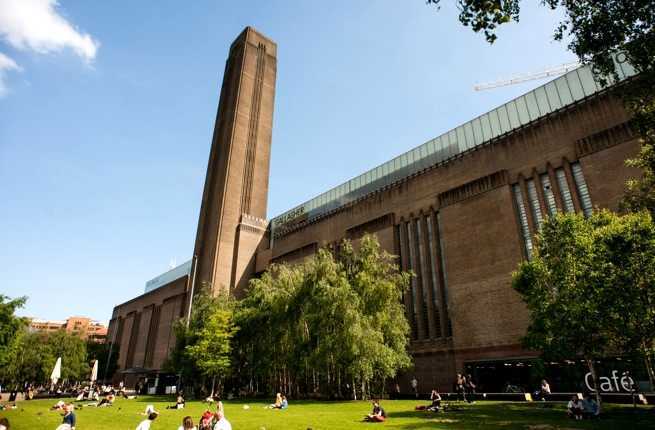 The Tate Modern gets its imposing, industrial-cool look from its former life as a power station. Now it's one of the largest modern-art galleries in the world whose collection includes work by all the major 20th-century artists. Blockbuster shows and solo exhibitions also come through, as well as performance art—some of which took place in the raw, industrial, one-time oil tanks in 2012. The vast Turbine Hall showcases audacious installations, like Olafur Eliasson's massive glowing sun.

Insider Tip: Look for the brilliant, ever-changing video installations sprinkled throughout the building, often in obscure alcoves and side-rooms. 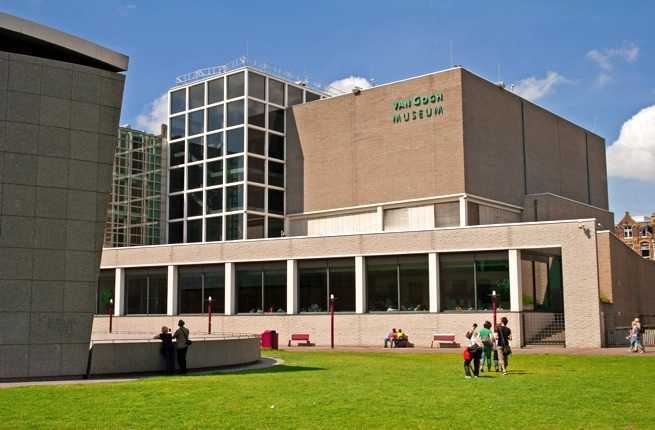 The tortured darkness informing Van Gogh's work belies its light-infused environs in this Dutch museum. All 200 paintings and 500 drawings on display here are indisputably authentic, and are divided into his five basic periods, from his landscape days to his alcohol- and psychotic-break-fueled Neo-Impressionist works. The legendary Wheatfield with Crows, which van Gogh was painting when he shot himself, resides here.

Insider Tip: Summer Friday nights feature DJs and cocktails; kiddos can get in on the fun with a van Gogh drawing competition (winning pieces will be featured in the museum and on a postcard!). 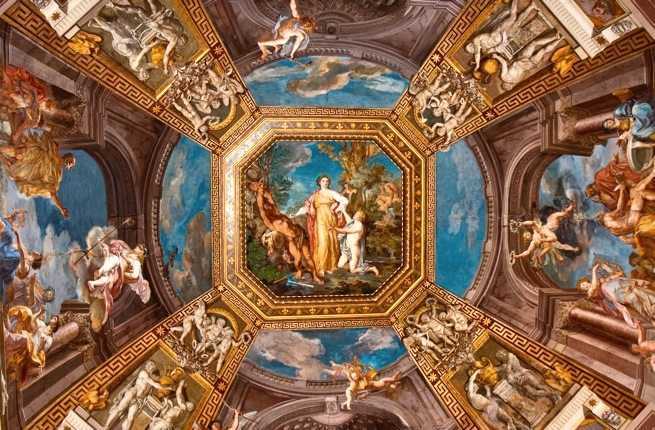 The pope and his papal court occupy only a small portion of the Vatican Palace—the rest consists of 1,400 rooms, chapels, and galleries containing such glories as the Sistine Chapel, the Raphael Rooms, and the Old Master paintings like da Vinci's St. Jerome. The quantity of masterpieces here is biblical in scale and resonance.

Insider Tip: Lines can grow up to three hours long in high season. Avoid the wait by booking your ticket in advance online for a €4 surcharge.