Pair these destinations together for the ultimate honeymoon.

Can’t decide whether to take an urban honeymoon or spend your post-wedding week relaxing on the beach? Who said you have to choose? Spending time in one destination before hopping to another for your honeymoon is a great way to break up long flights, and it can also help you and your spouse craft the perfect first getaway as a married couple. Pair these destinations together for the ultimate honeymoon. 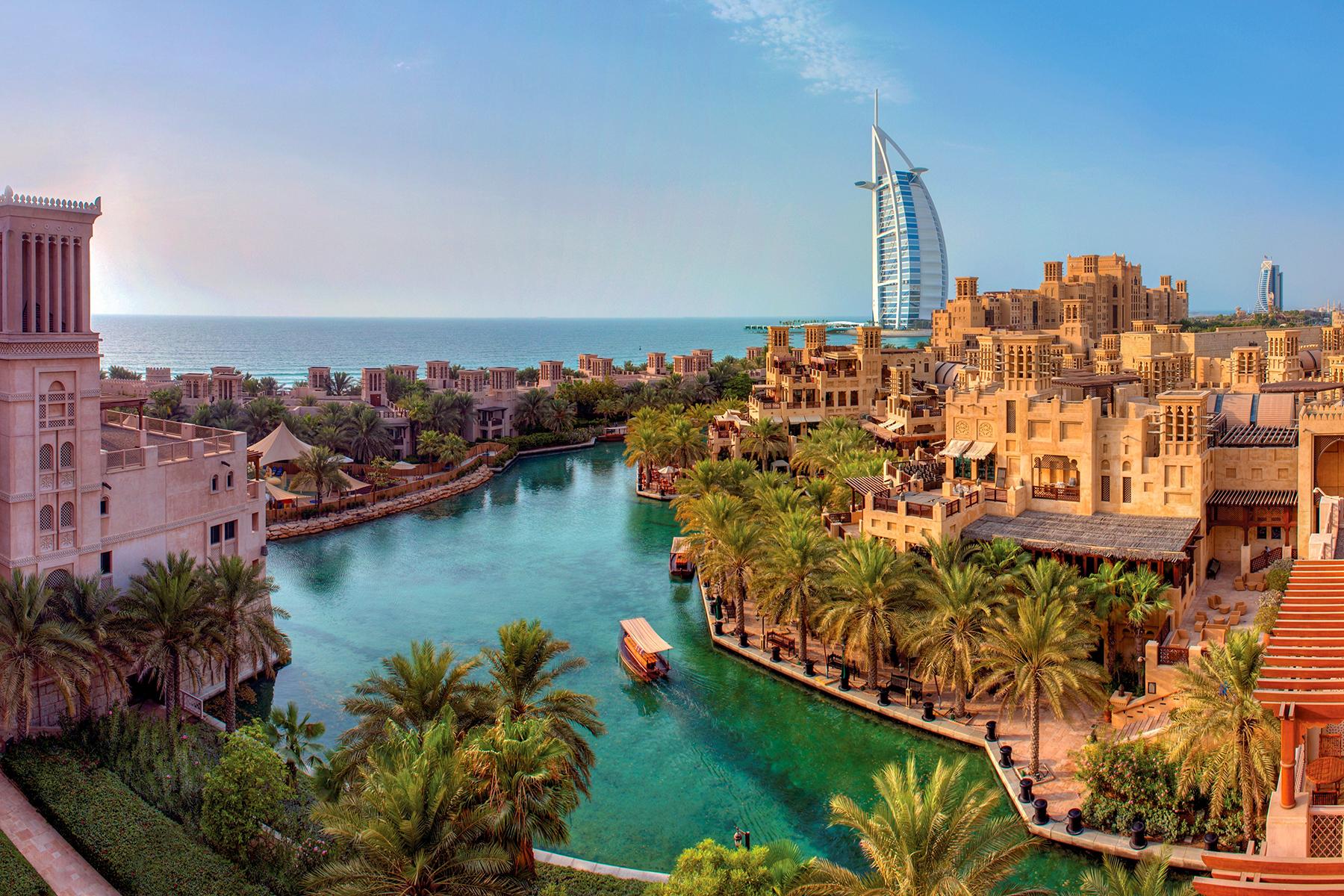 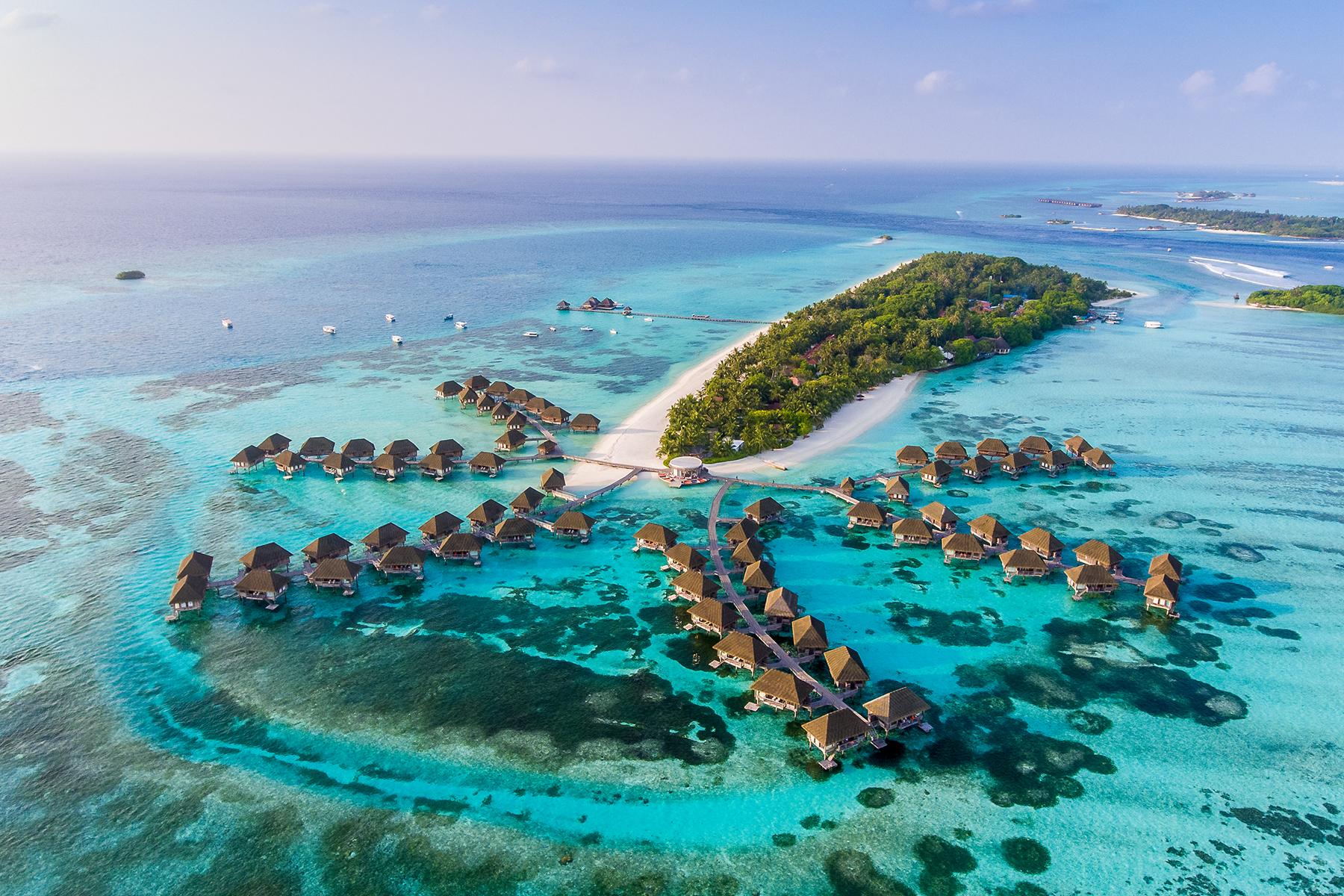 It can take more than an entire day to fly from the U.S. to the Maldives, depending on the departure city, so a stopover in Dubai is a great chance to stretch your newly married legs while exploring the souks, shops, and lavish brunches of this metropolitan city before heading off to your remote resort. The Jumeirah Al Qasr at Madinat Jumeirah has a souk onsite—it is also home to one of the best brunches in the city—and an Arabian elegance that pairs perfectly with a remote and relaxing experience at its sister property in the Maldives, the Jumeirah Vittaveli. It’s only a four-hour flight between the two destinations and a short 20-minute boat ride to Bolifushi Island from the airport on Male. 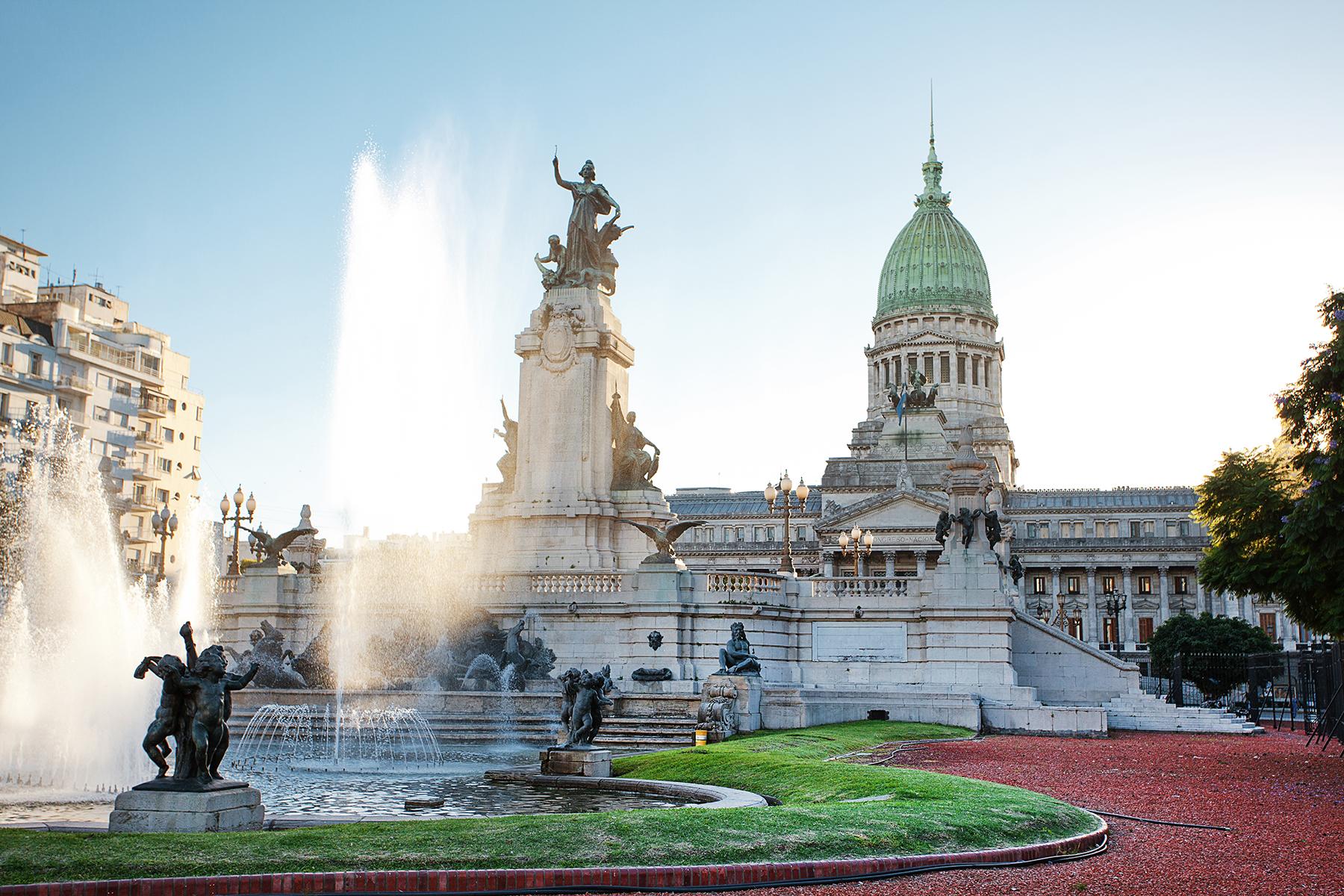 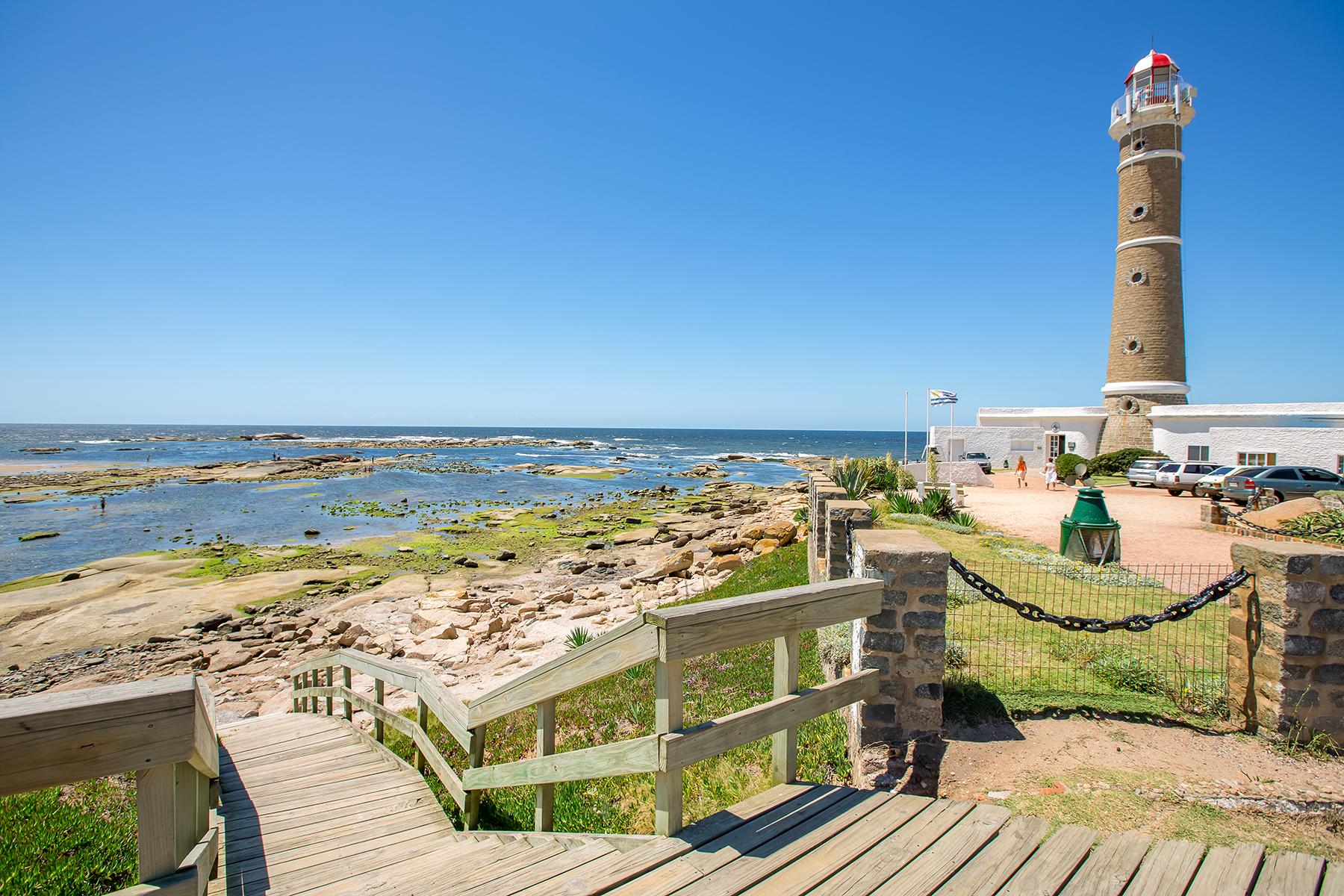 PHOTO: lvalin/Shutterstock
Previous Next
2 OF 15

It’s only a 45-minute flight from the vibrant and seductive city of Buenos Aires to the bohemian-chic seaside town of José Ignacio, but the two destinations feel worlds apart. Start with a stay at the Palacio Duhau Park Hyatt Buenos Aires, in the city’s romantic Recoleta neighborhood, for steamy nights of tango dancing and wine tastings, and end the honeymoon with a private casa at Playa Vik José Ignacio where days are spent lounging in the soft, pale sands along the coastline and evenings are spent on the beach around a parrilla (traditional Uruguayan grill) with a cozy blanket and a glass of wine. 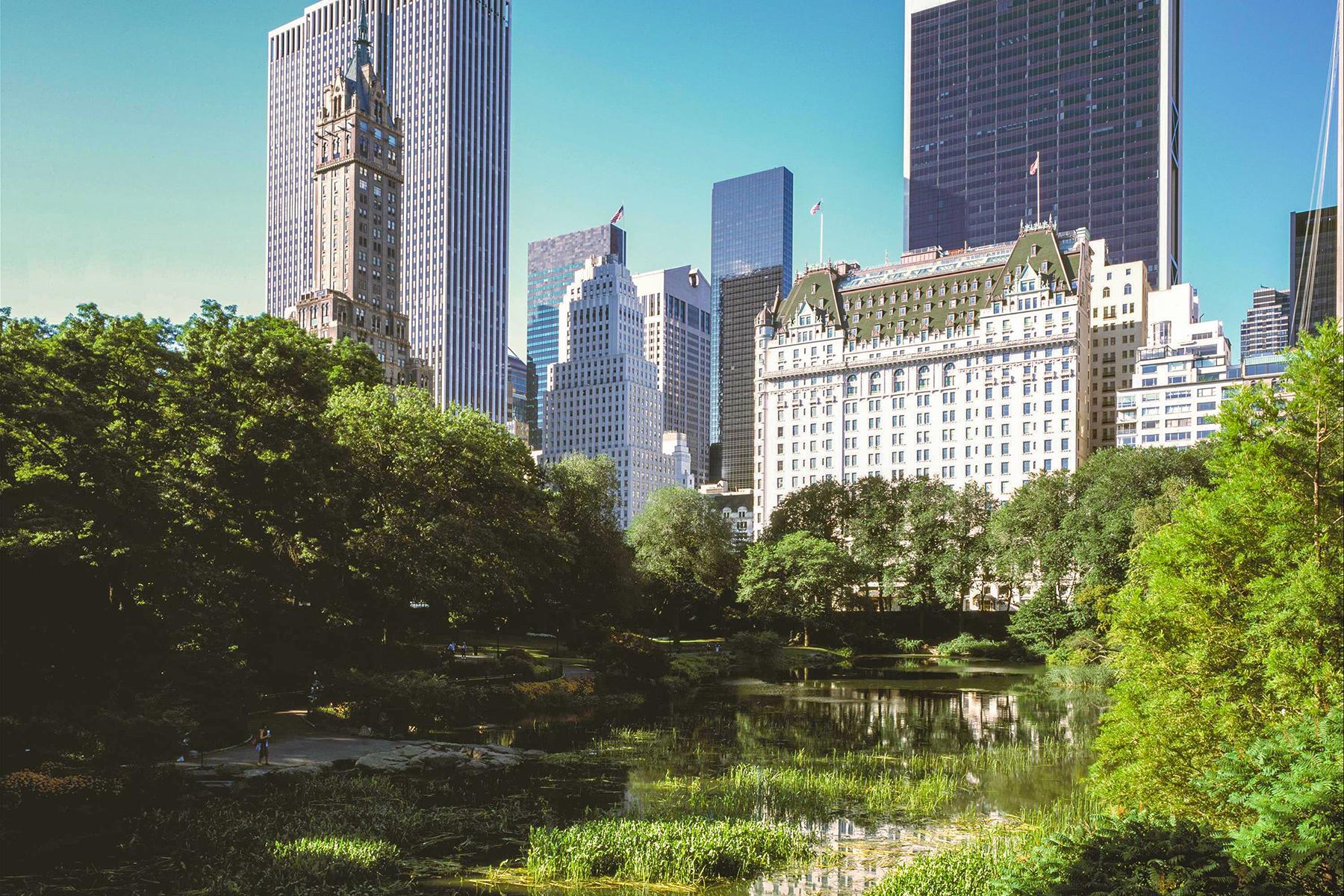 PHOTO: The Chequit/Salt Hotels
Previous Next
3 OF 15

One hundred miles are all that stand between a honeymoon of high rises and hipster hot spots and one of leisurely luxury and laidback afternoons. Splurge on a room at The Plaza for easy access to late night Central Park carriage rides and hard-to-score dinner reservations at Le Jardinier before renting a car and driving out to the Hamptons to check in to The Chequit, an adorably stylish 19th-century bed and breakfast tucked away on Shelter Island. 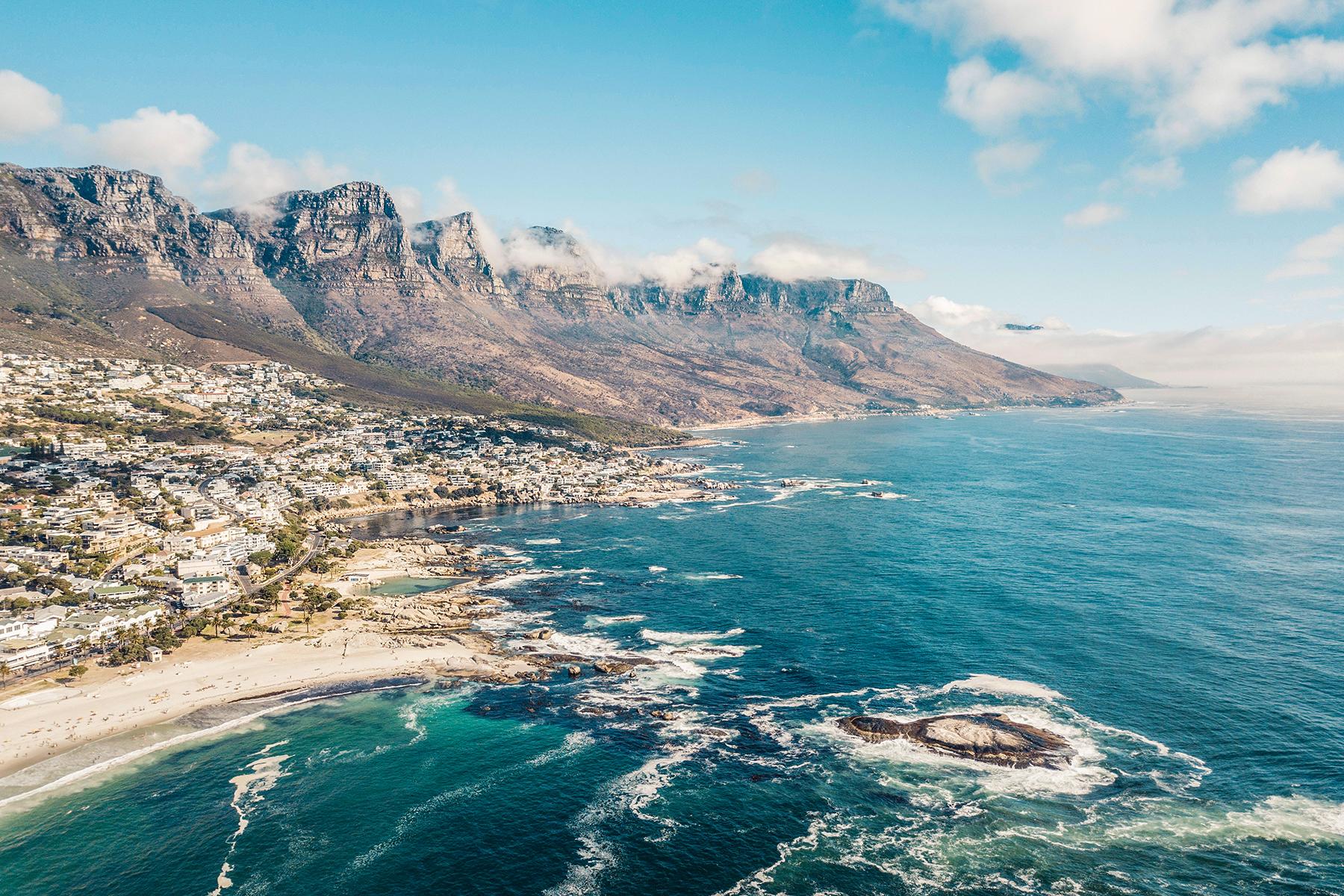 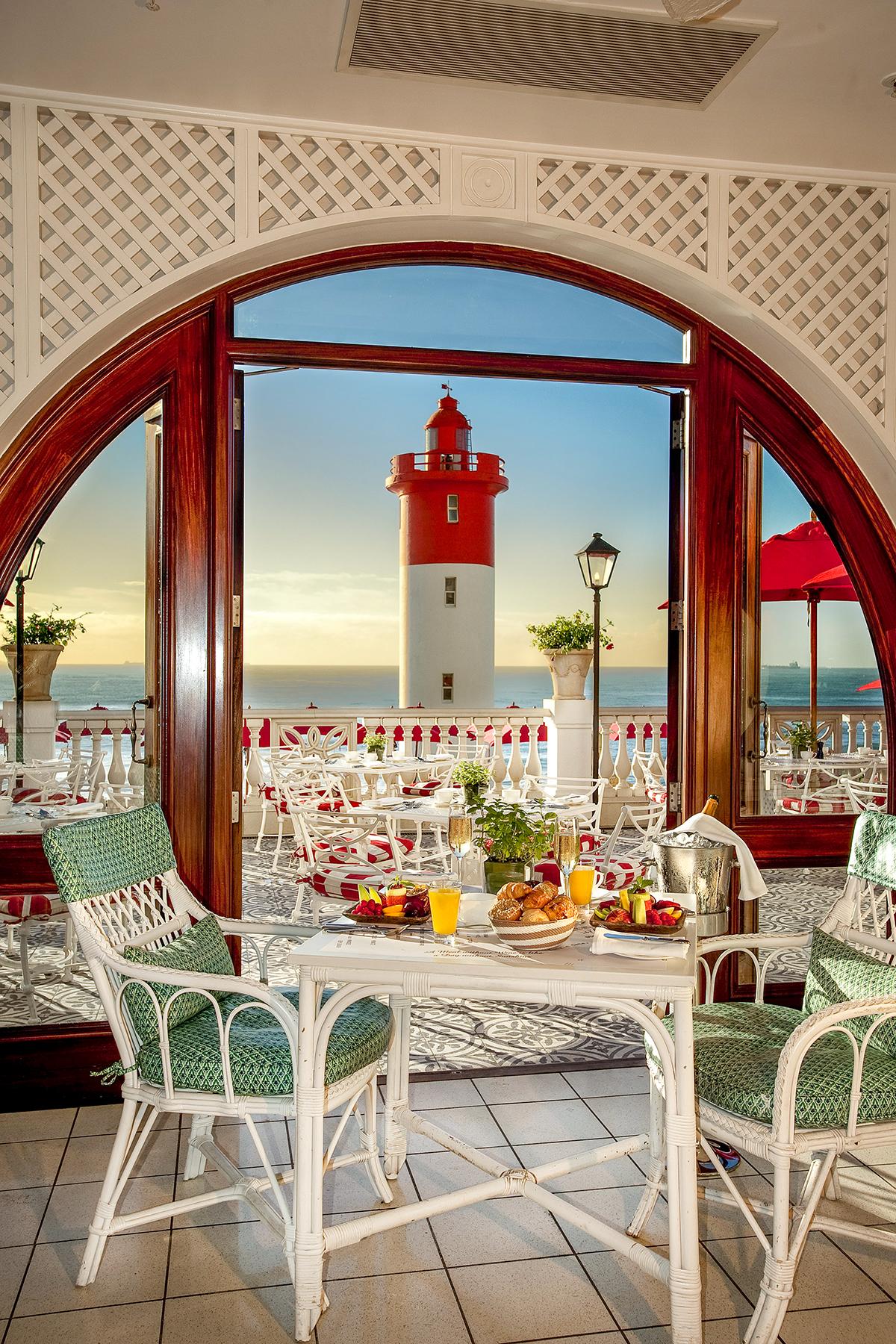 PHOTO: Oyster Box
Previous Next
4 OF 15

A South African honeymoon is a choose-your-own-adventure destination that allows couples to tailor their first trip as newlyweds to their exact desires. The “Mother City” of Cape Town is a great starting point, where two oceans, tons of wineries, multiple safari options, and vibrant nightlife throw a little adventure and excitement into the mix before hopping a short plane ride to Durban to enjoy its slower pace, luxury boutique accommodations (like the charming Oyster Box), and significantly warmer waters. 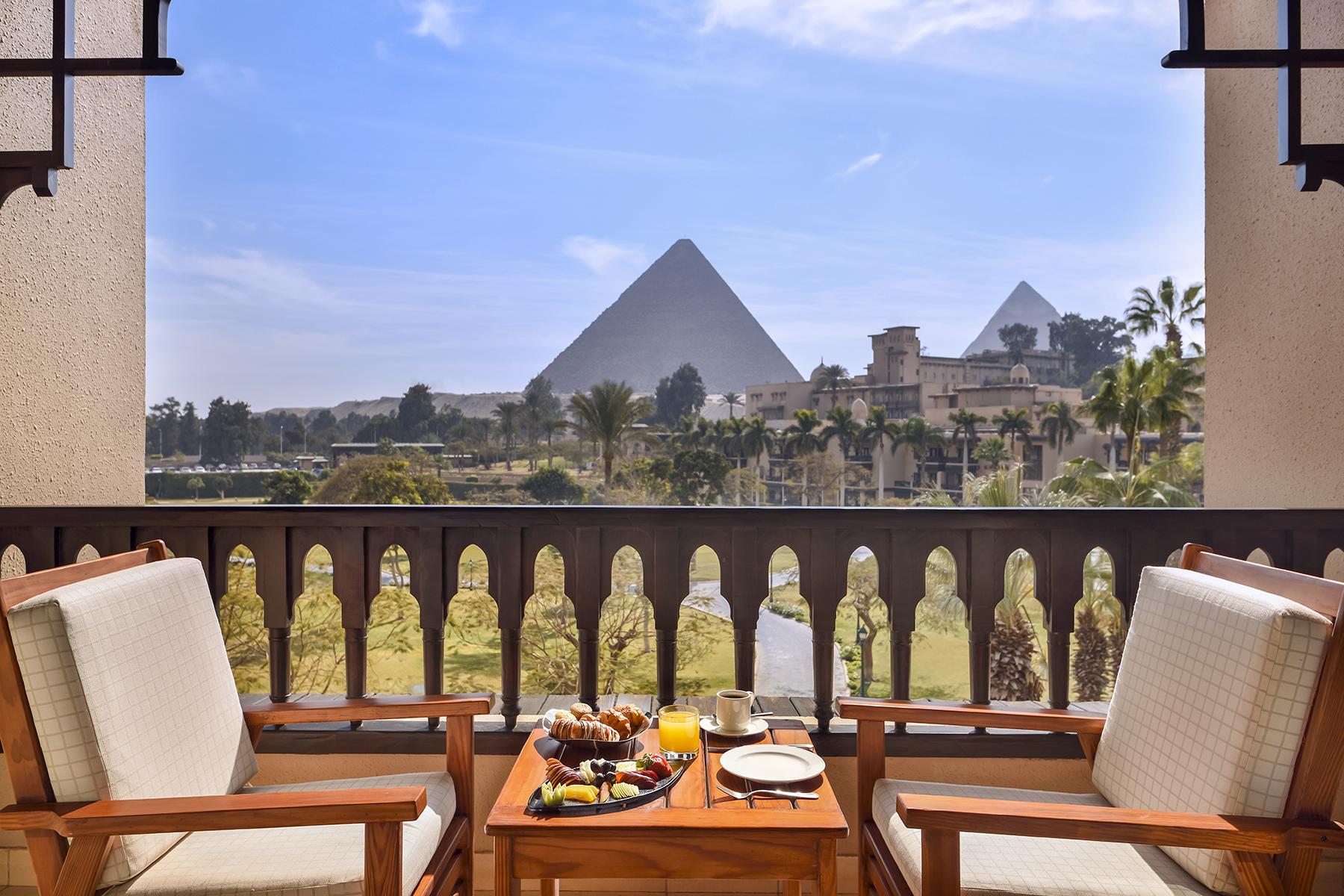 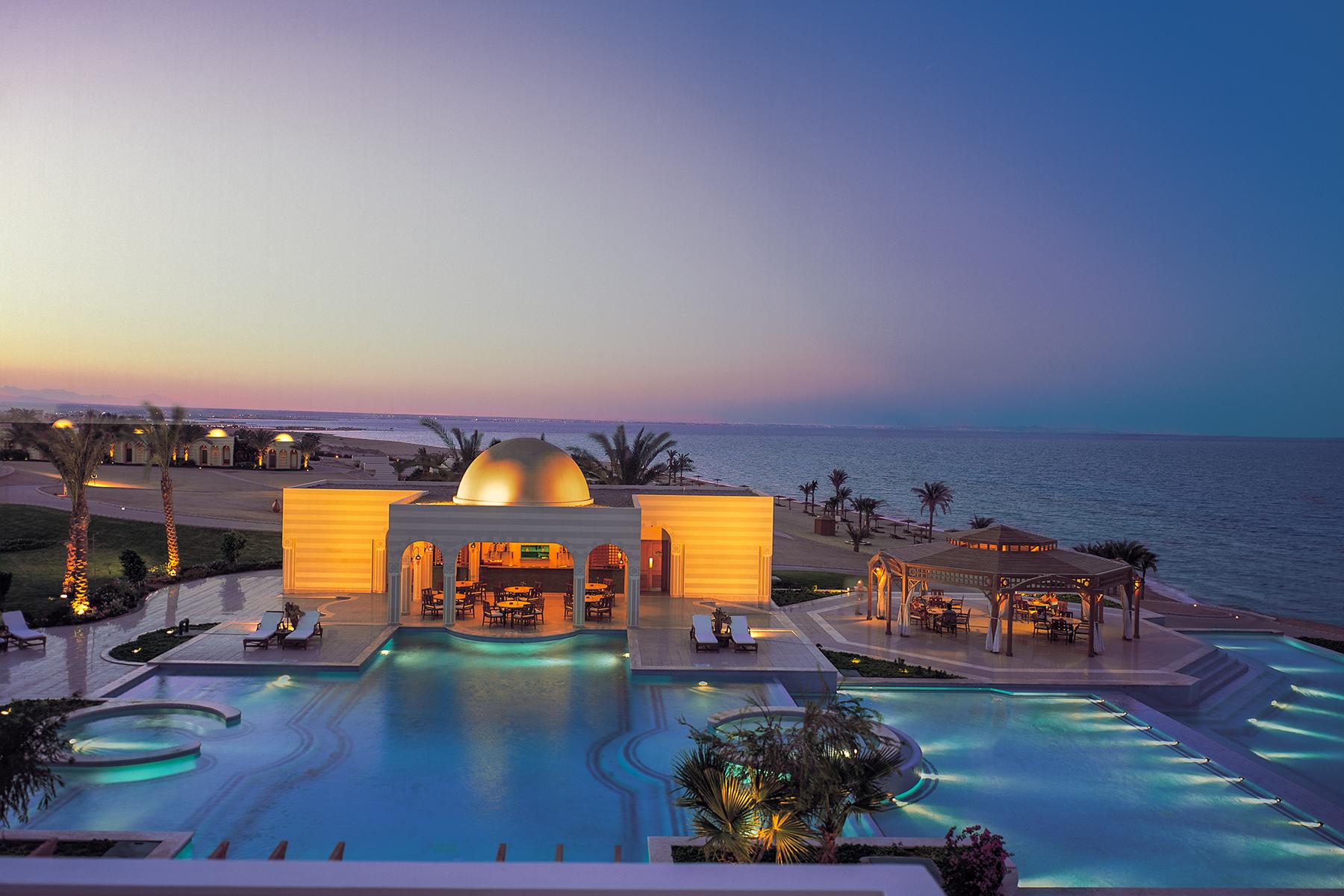 Not many experiences can top the romance of spending a honeymoon in Egypt, where sunset cruises on the Nile River and afternoon teas spent on a shaded terrace are everyday occurrences. Wake up to a private view of the Great Pyramids of Giza at the Marriott Mena House in Cairo and fall to sleep to the soothing winds blowing over the Red Sea at The Oberoi Beach Resort, Sahl Hasheesh. 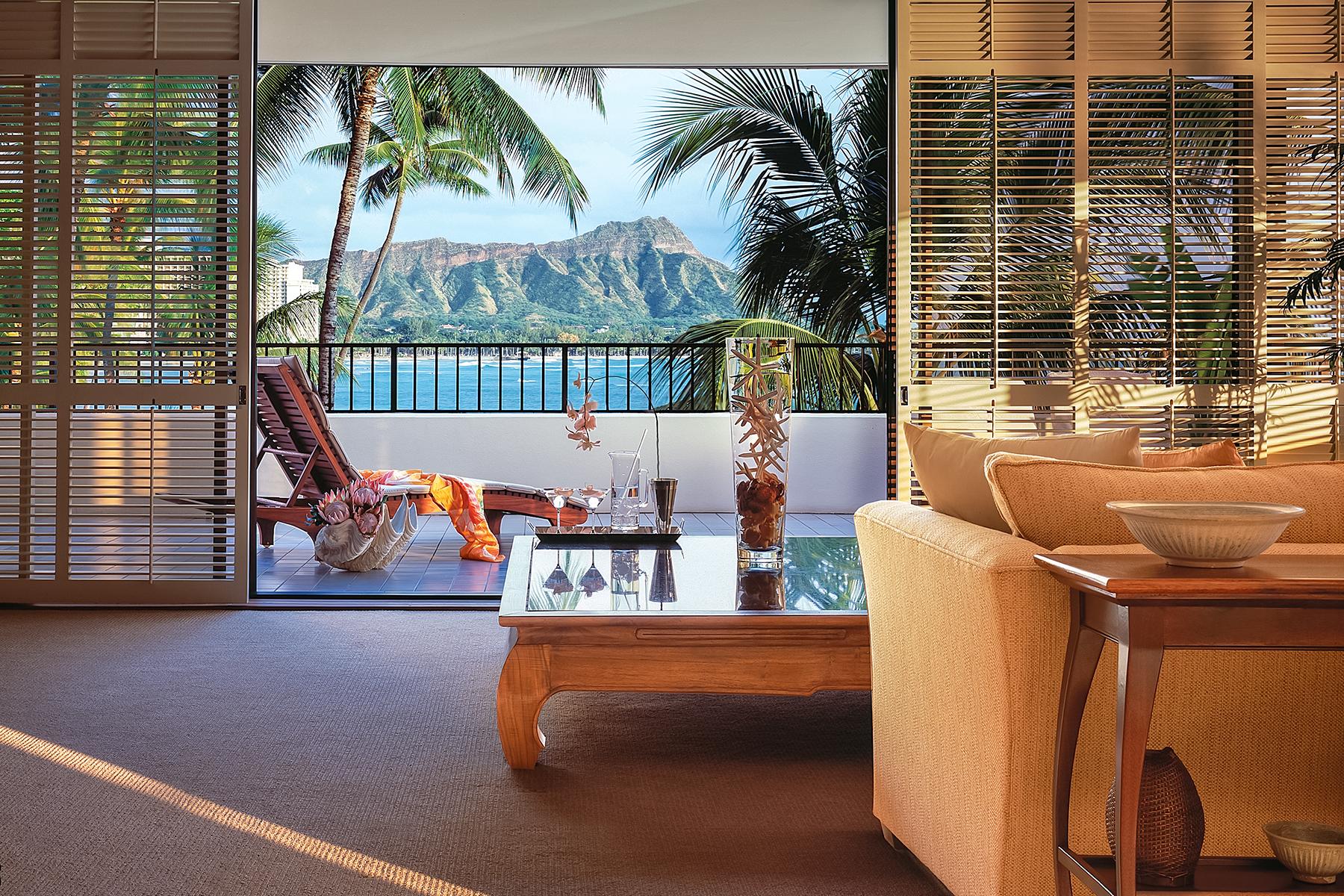 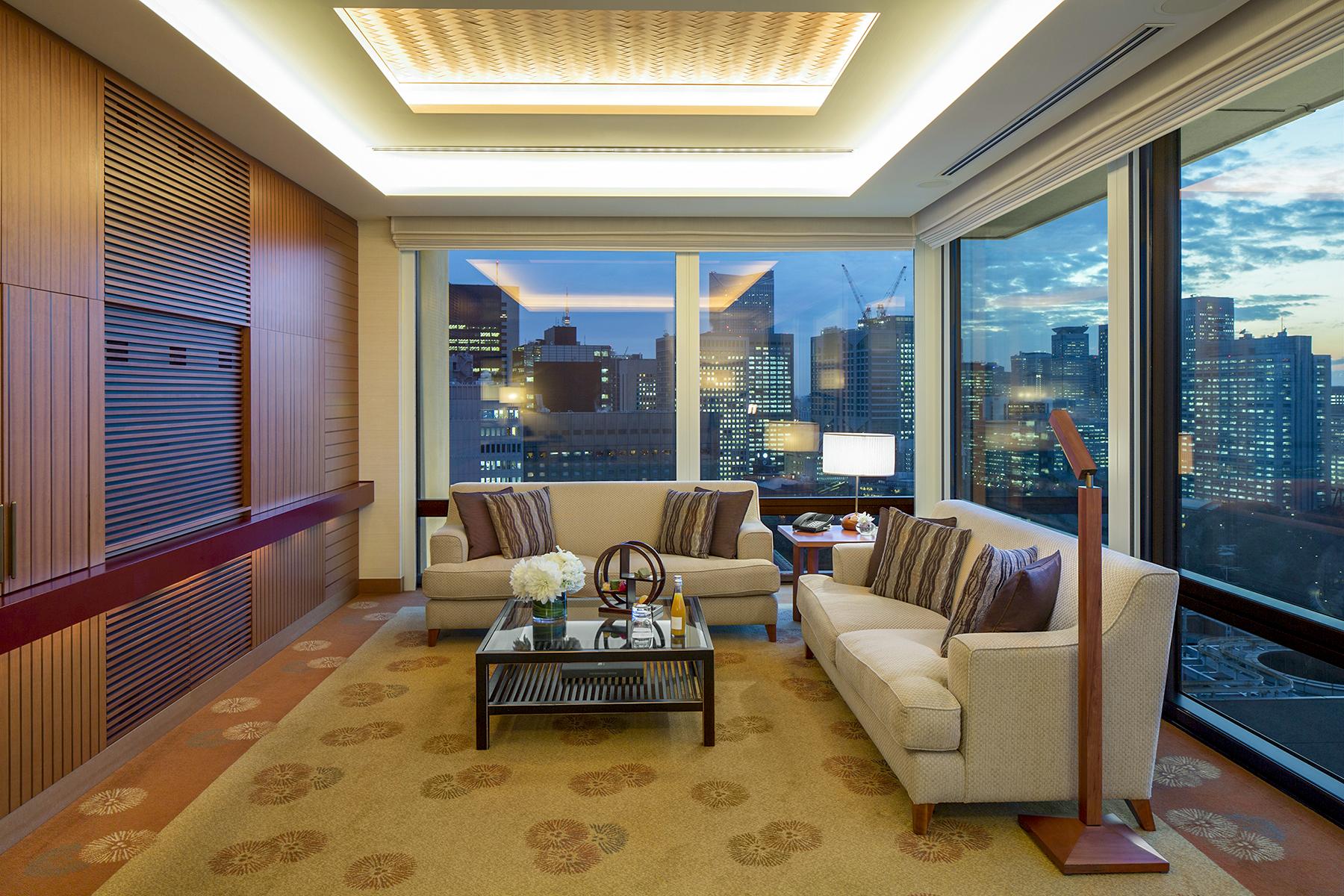 PHOTO: Jezael Melgoza on Unsplash
Previous Next
6 OF 15

Go from poke to sushi and mai tais to matcha hais in less than eight hours thanks to multiple direct flights between these two cities each day. Time the honeymoon just right around springtime and you and your spouse could find yourselves surrounded by the cherry blossoms of Tokyo at the Peninsula Tokyo for half of your honeymoon, then cloaked in Honolulu’s dreamy dry season weather at the Halekulani for the other half. 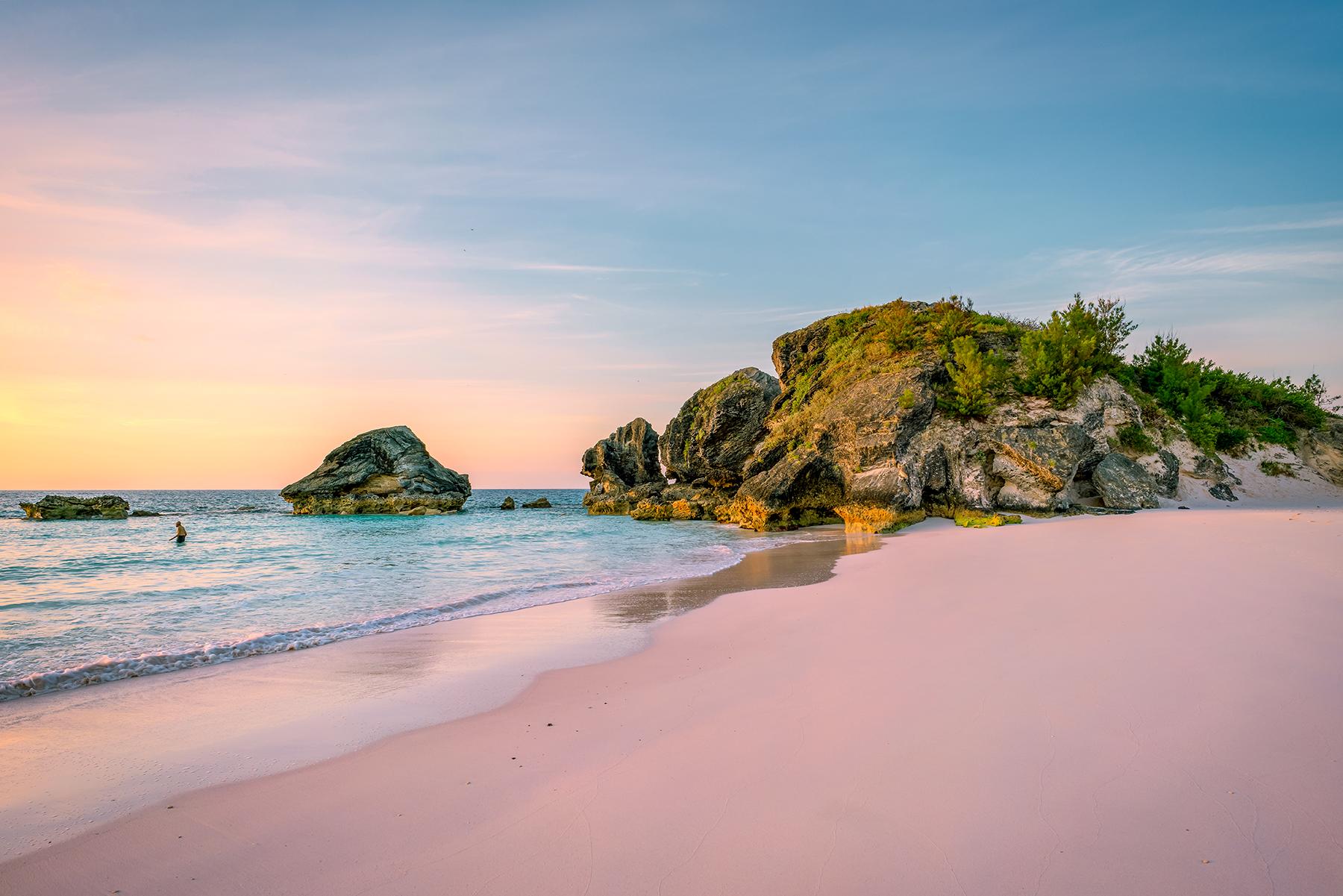 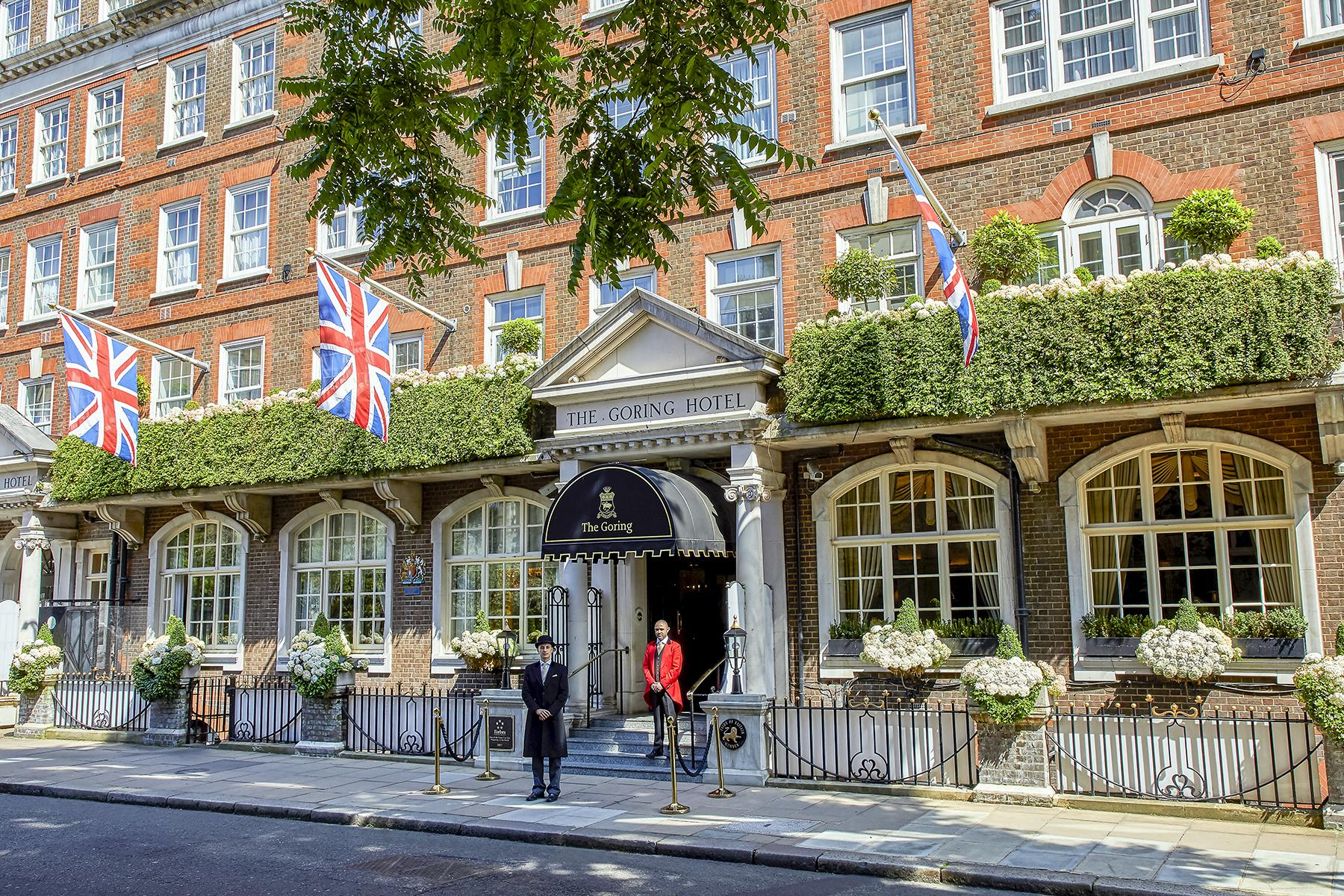 PHOTO: The Goring
Previous Next
7 OF 15

It takes stops at two separate islands to pull off this ultimate British honeymoon. The United Kingdom’s oldest overseas territory of Bermuda makes for a great start, where fish and chips are served beachside alongside frosty mugs of ginger beer, and couples receive the royal treatment at luxury resorts like the Rosewood Bermuda. From there, it’s a six-and-a-half hour flight to the British capital of London where authentic afternoon teas, sunsets on the Thames, and more regal treatment at the royal family’s favorite London hotel, The Goring. 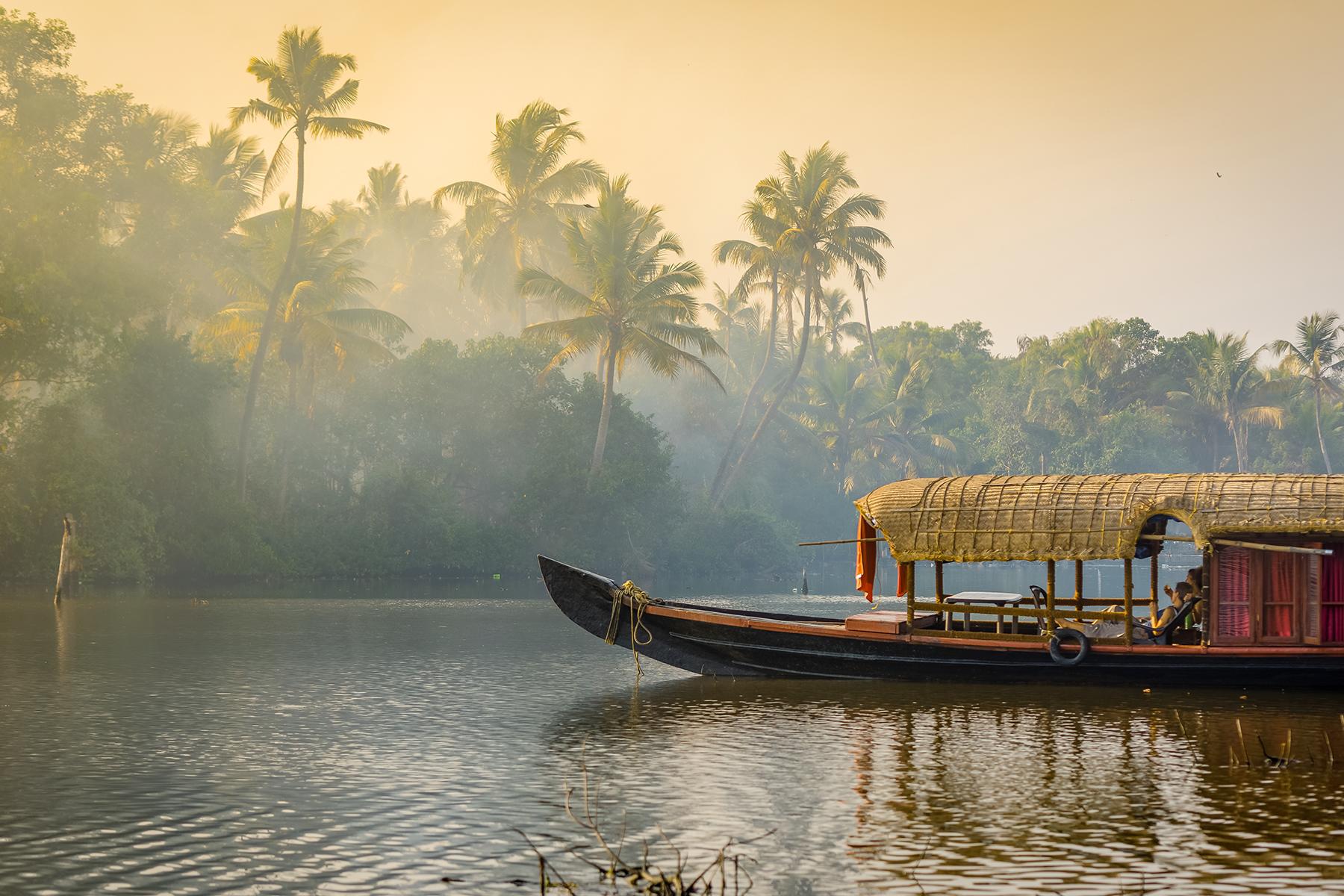 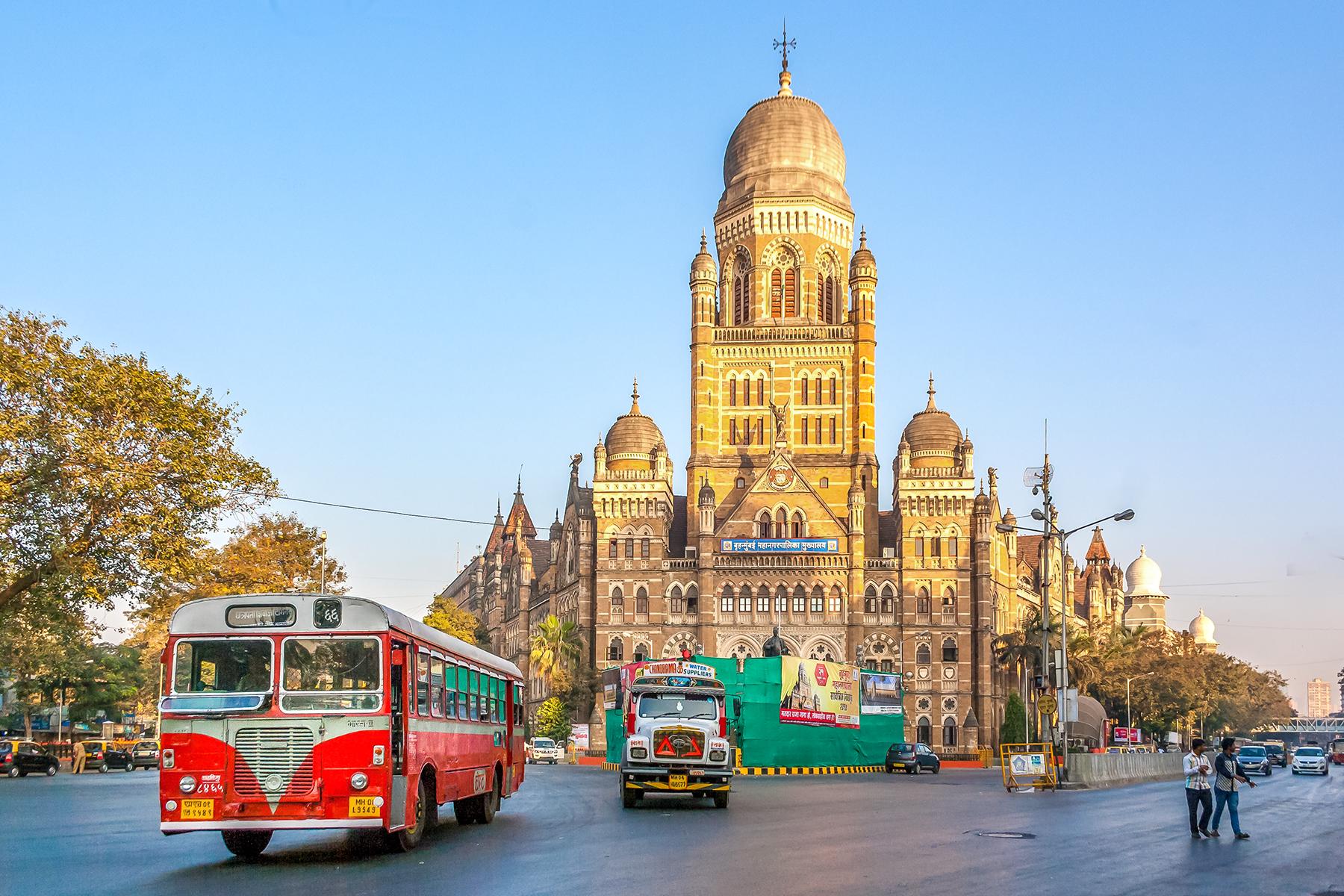 PHOTO: Em Campos/Shutterstock
Previous Next
8 OF 15

The extravagance of Mumbai offers a great contrast to the natural romance of Kerala, creating a truly exotic and exciting honeymoon. The Grand Hyatt Mumbai puts you in the heart of the city, and specializes in over the top experiences like arranging a romantic picnic with a private car to Hill Station Khandala and Lonavala. Board a plane in Mumbai, and two hours later you’ll arrive in Kerala to experience India’s most serene shorelines along the Arabian Sea, where rare orchids grow wild and the beach at the Leela Raviz Kovalam hotel is never overcrowded. 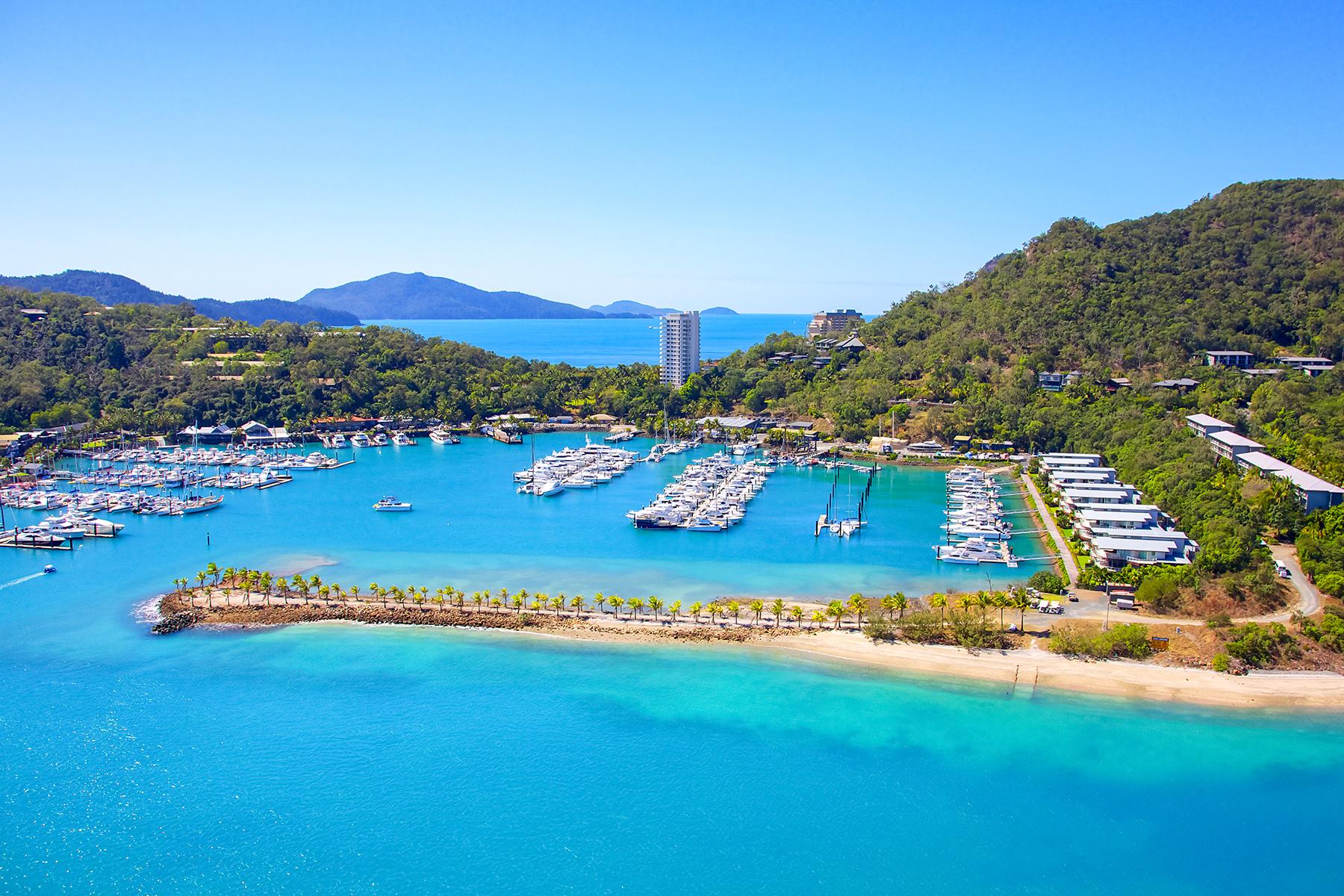 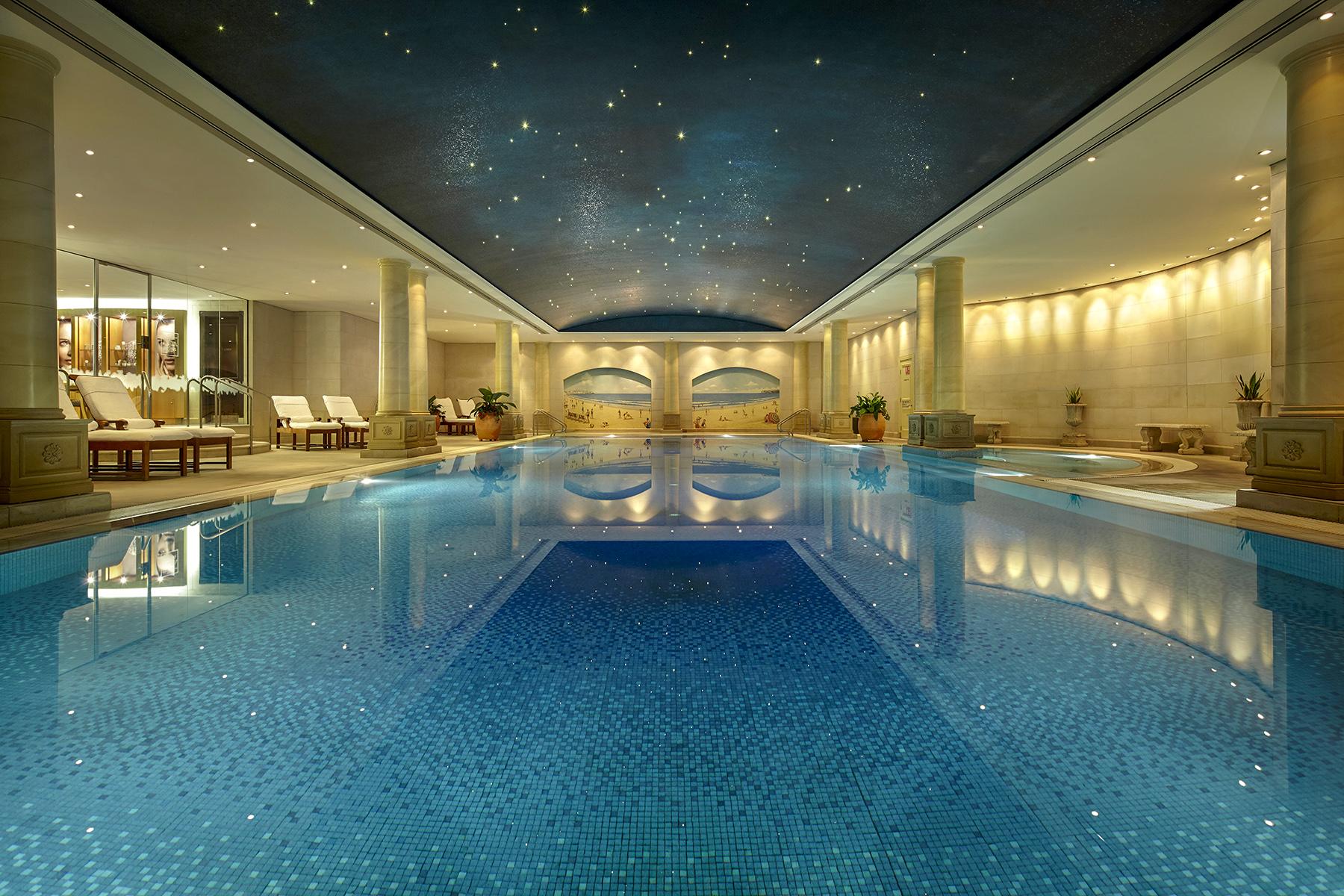 PHOTO: Langham Sydney
Previous Next
9 OF 15

No honeymoon to Australia would be complete without at least a few days in Sydney to tour the Sydney Harbour or stroll around the idyllic Potts Point neighborhood before opting for opulence at the Langham Sydney hotel. The romantic hamlet of Hamilton Island is less than a three-hour flight from Sydney and will have you and your spouse surrounded by The Whitsundays in a private bungalow at The Palm Bungalows, just minutes from the Great Barrier Reef. 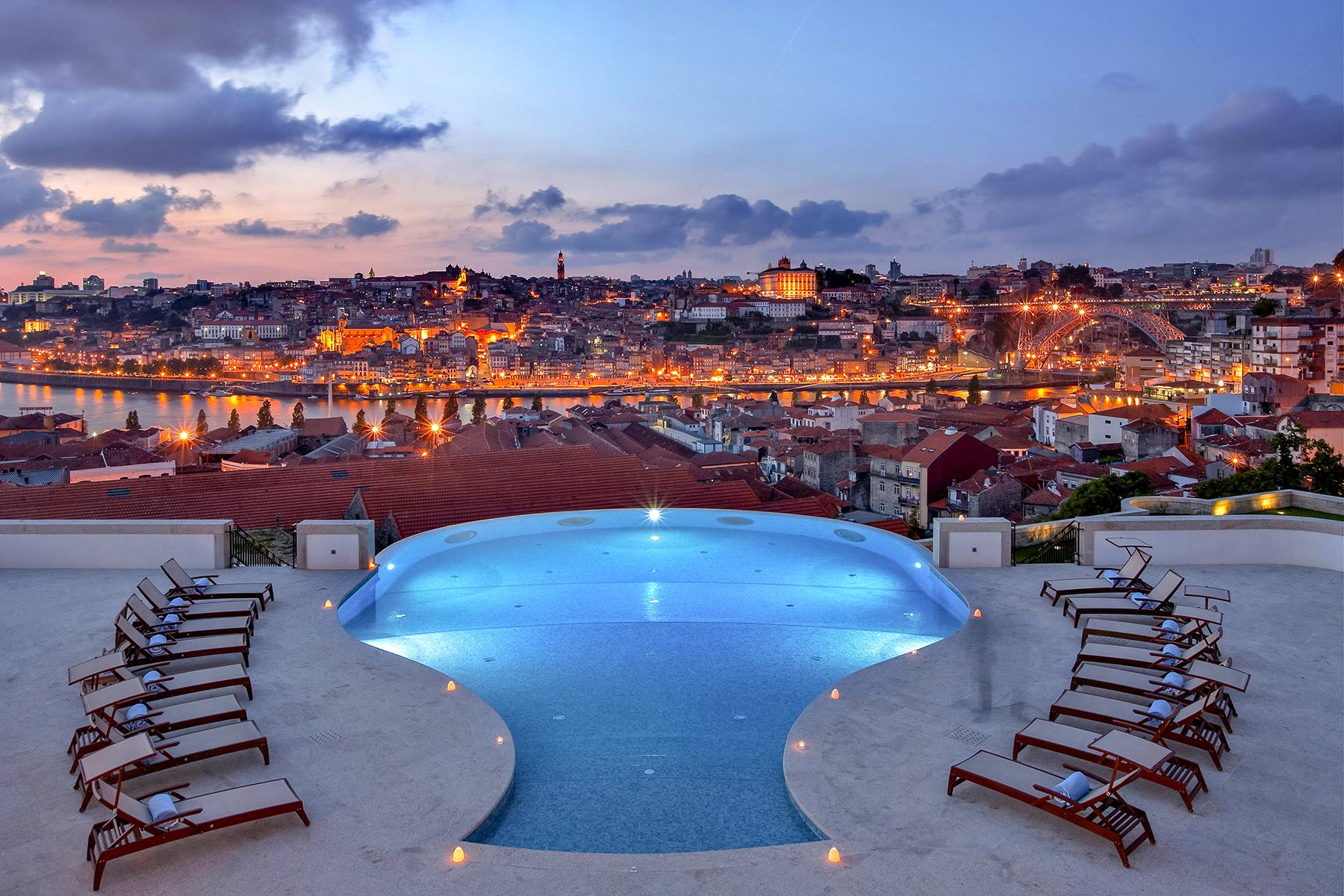 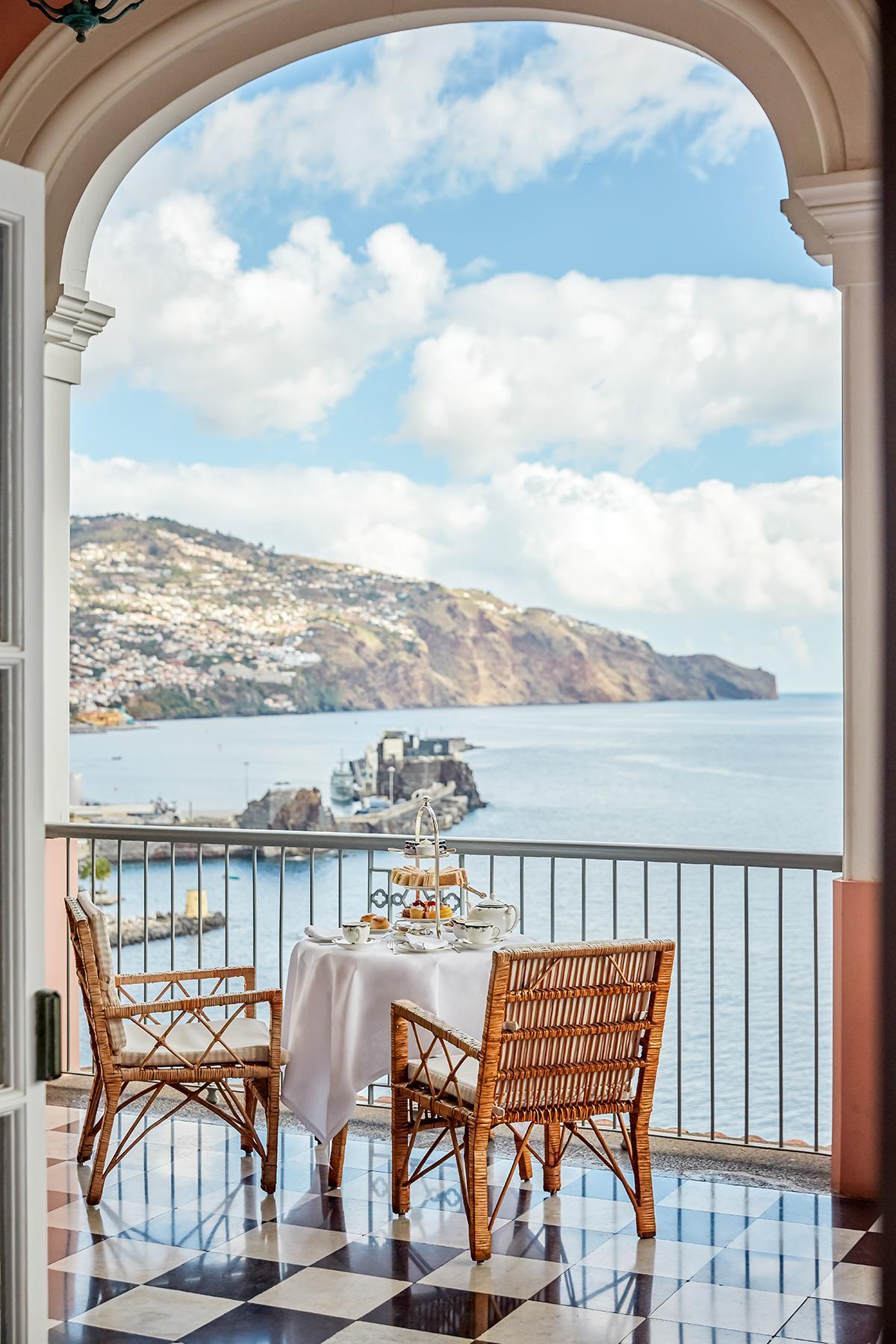 PHOTO: Belmond Images
Previous Next
10 OF 15

Two of the world’s greatest fortified wine regions can actually make a Portuguese honeymoon even more memorable when paired together. Portugal’s northwestern city of Porto hugs the Douro River, that flows below the city’s trendy restaurants and cobbled streets that wind up the hilly terrain to port cellars and the luxury wine hotel, The Yeatman (imagine relaxing with a red wine extract barrel bath treatments or dining in a two-Michelin star restaurant overlooking the cityscape). An easy, two-hour direct flight from Porto will have you on the island paradise of Madeira, an autonomous region of Portugal filled with natural swimming pools just off the ocean, barefoot trails through the forest, and of course, copious amounts of the island’s namesake fortified wine. The beaches on the island are stunning, but take a boat ride from the Belmond Reid’s Palace to Madeira’s Desertas Islands to explore the caverns, grottos, and secluded beaches of this uninhabited archipelago. 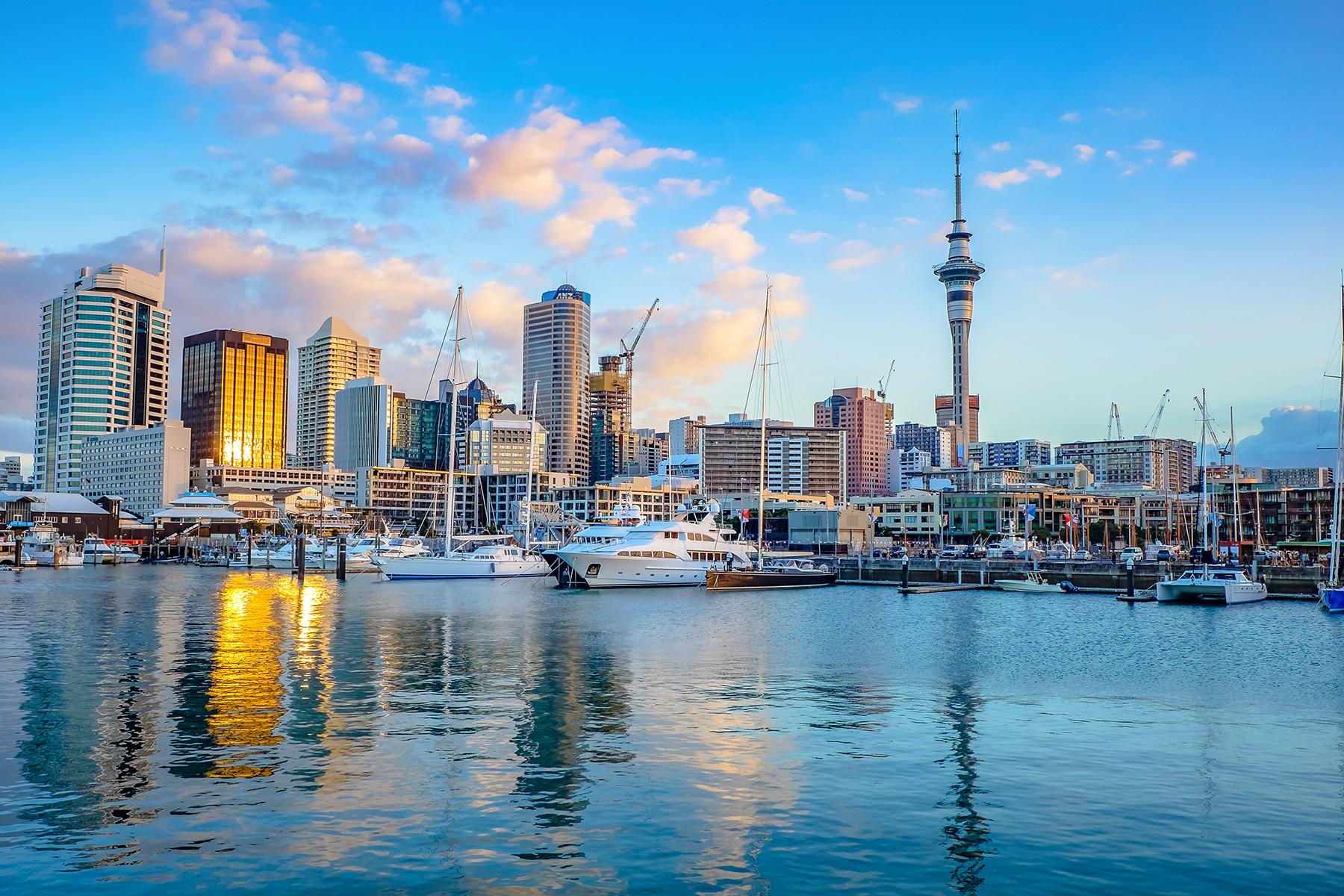 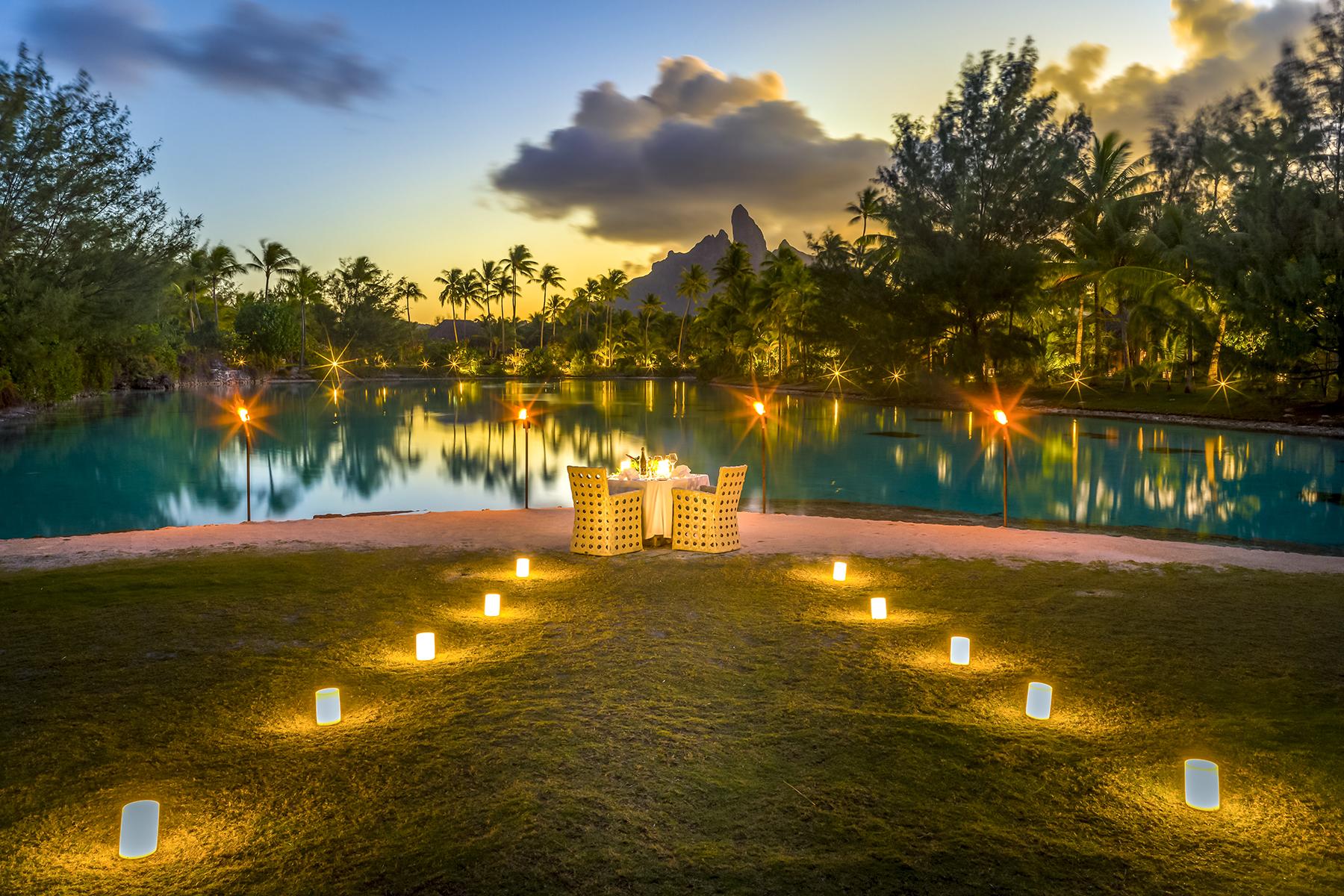 Go from adventure and complete relaxation by splitting your honeymoon between these disparate destinations. Explore Auckland’s best coffee shops and trendy storefronts along Ponsonby Road and the Britomart Precinct before taking a day trip from the Cordis Auckland out to Hobbiton and the Waitomo Caves. It’s a five-hour flight from Auckland to Tahiti, where you’ll board one more plane (50 minutes) to Bora Bora to catch a boat transfer to the St. Regis Bora Bora (the filming location that acted as “Eden Resort” for the movie Couples Retreat). The resort is on its own private island where bicycles and golf carts transport guests to overwater bungalows that look out over the impressive Mount Otemanu in the distance. 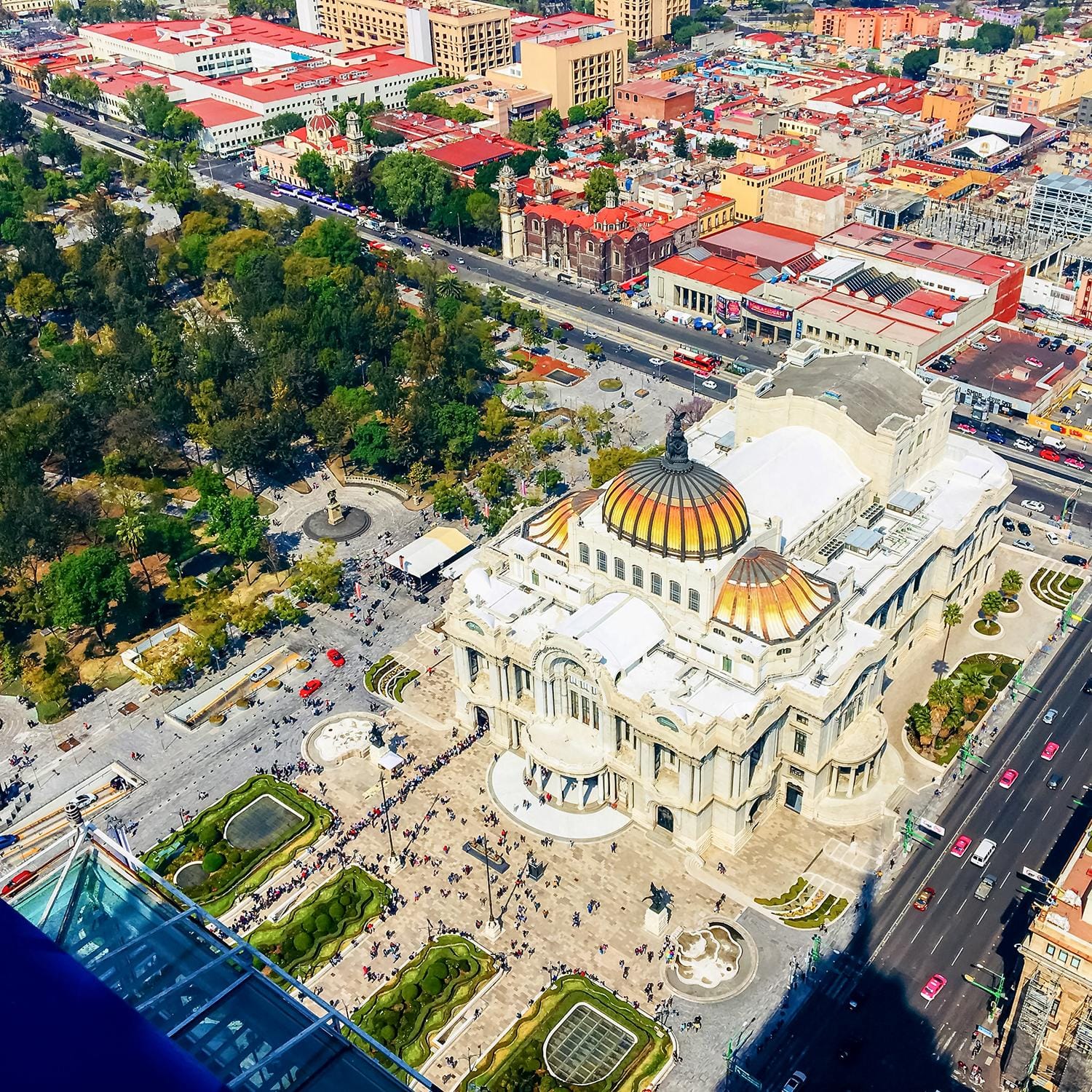 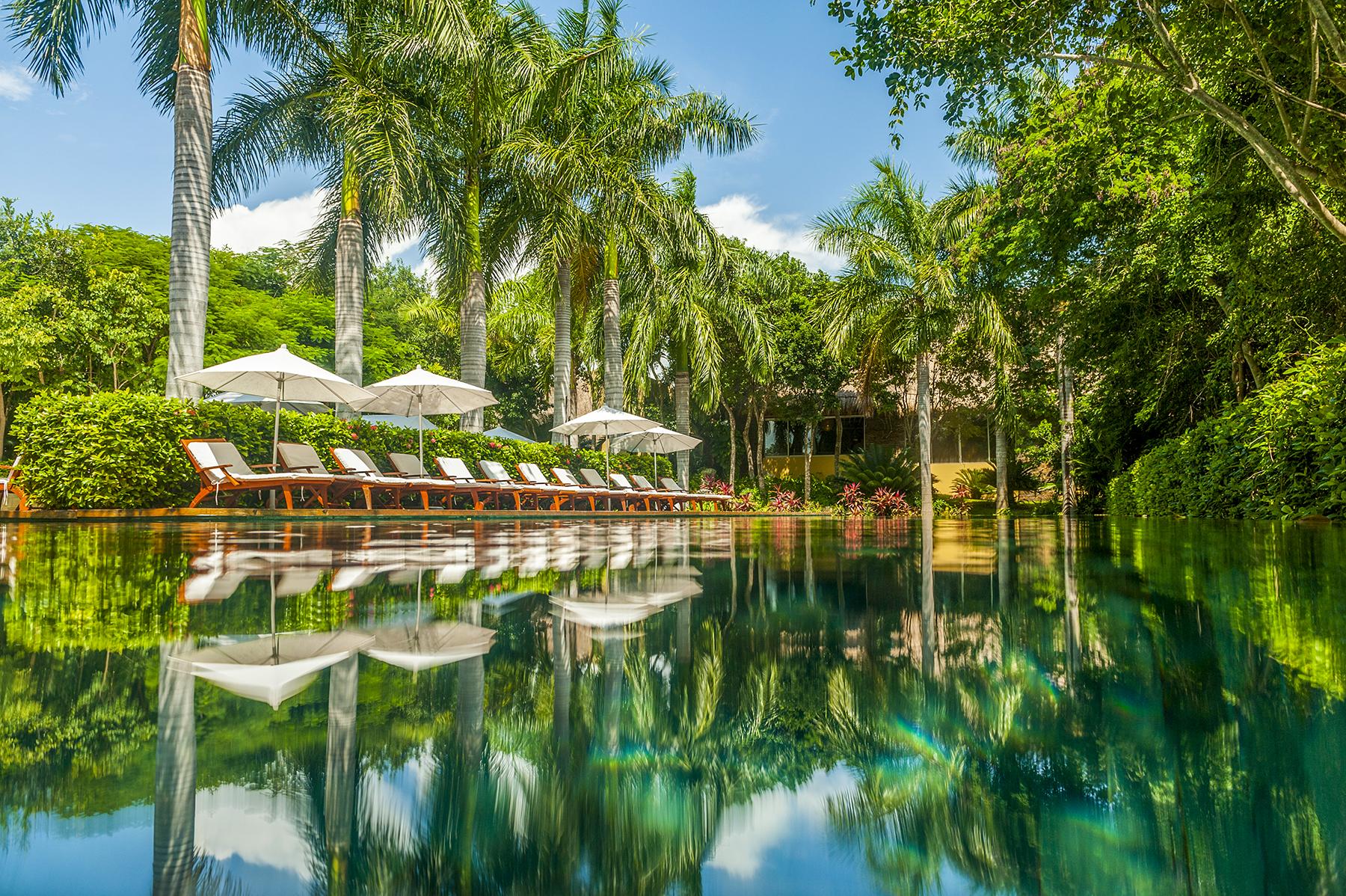 PHOTO: Velas Resorts
Previous Next
12 OF 15

History and culture meet leisure and nightlife with this honeymoon match made in Mexico. Eat your way through Mexico City with tlacoyos for breakfast, pambazos for lunch, as many churros from El Moro as you can in between meals, and a lavish dinner at Dulce Patria inside the authentically chic Las Alcobas Mexico City. Two hours until touchdown in Mexico’s Riviera Maya, where The Grand Velas’ Grand Class Experience offers couples countless romantic encounters, like Champagne under the stars (telescope included), a private picnic on the white sand beach, or treatments for two at the resort’s SE Spa. 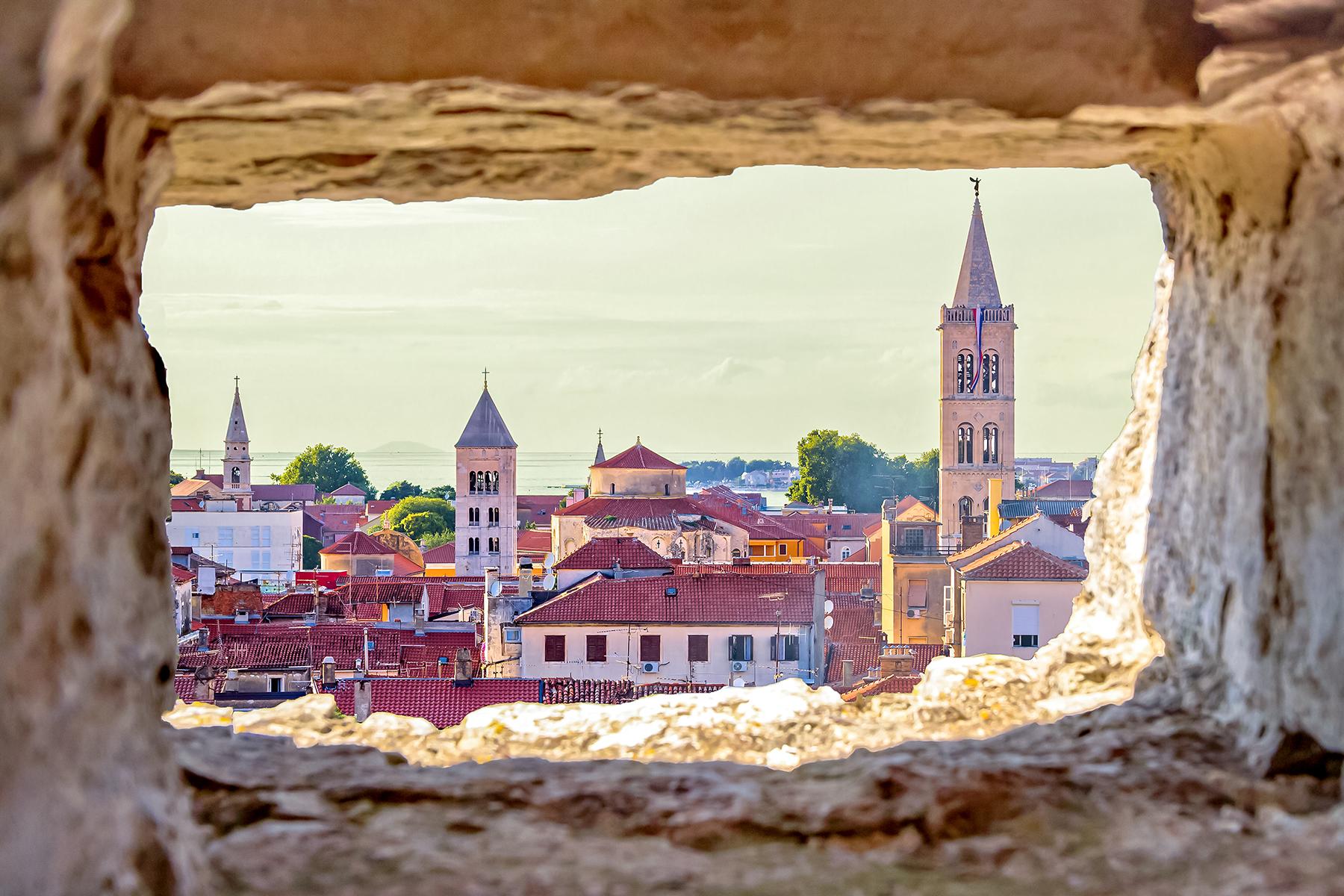 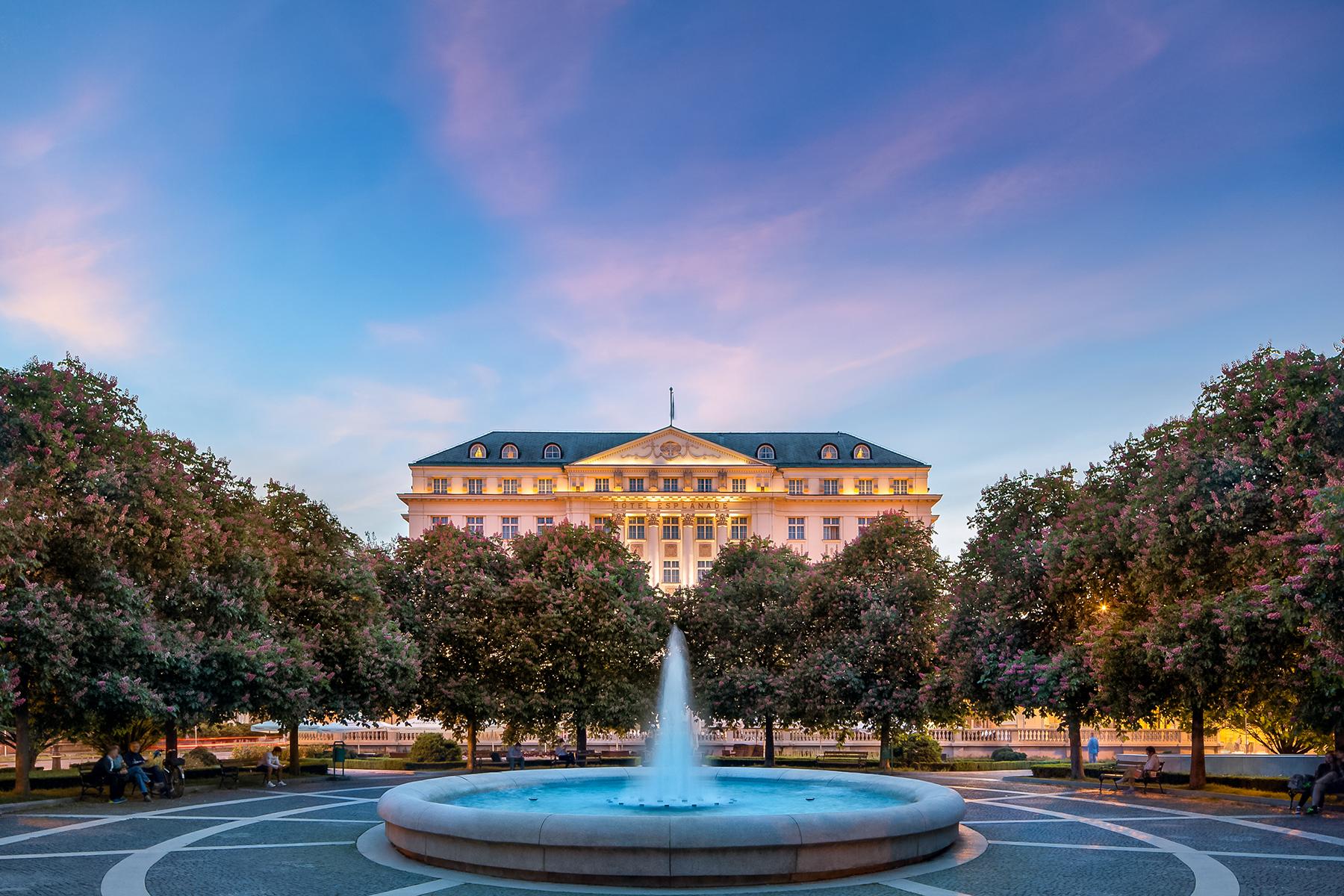 According to Alfred Hitchcock, Croatia’s seaside village of Zadar has “the most beautiful sunset in the world.” Soak in Hitchcock worthy views at the Hotel Bastion within the UNESCO-rated historic town center before strolling down to the azure shores along the Adriatic Sea. It’s a 45-minute flight, or a gorgeous three-hour drive, to get from the coast to Croatia’s charming capital city of Zagreb, where grey cobblestone pathways wind through this ancient city to grand red-roofed buildings and, ultimately, to the grand-dame Esplanade Zagreb Hotel. 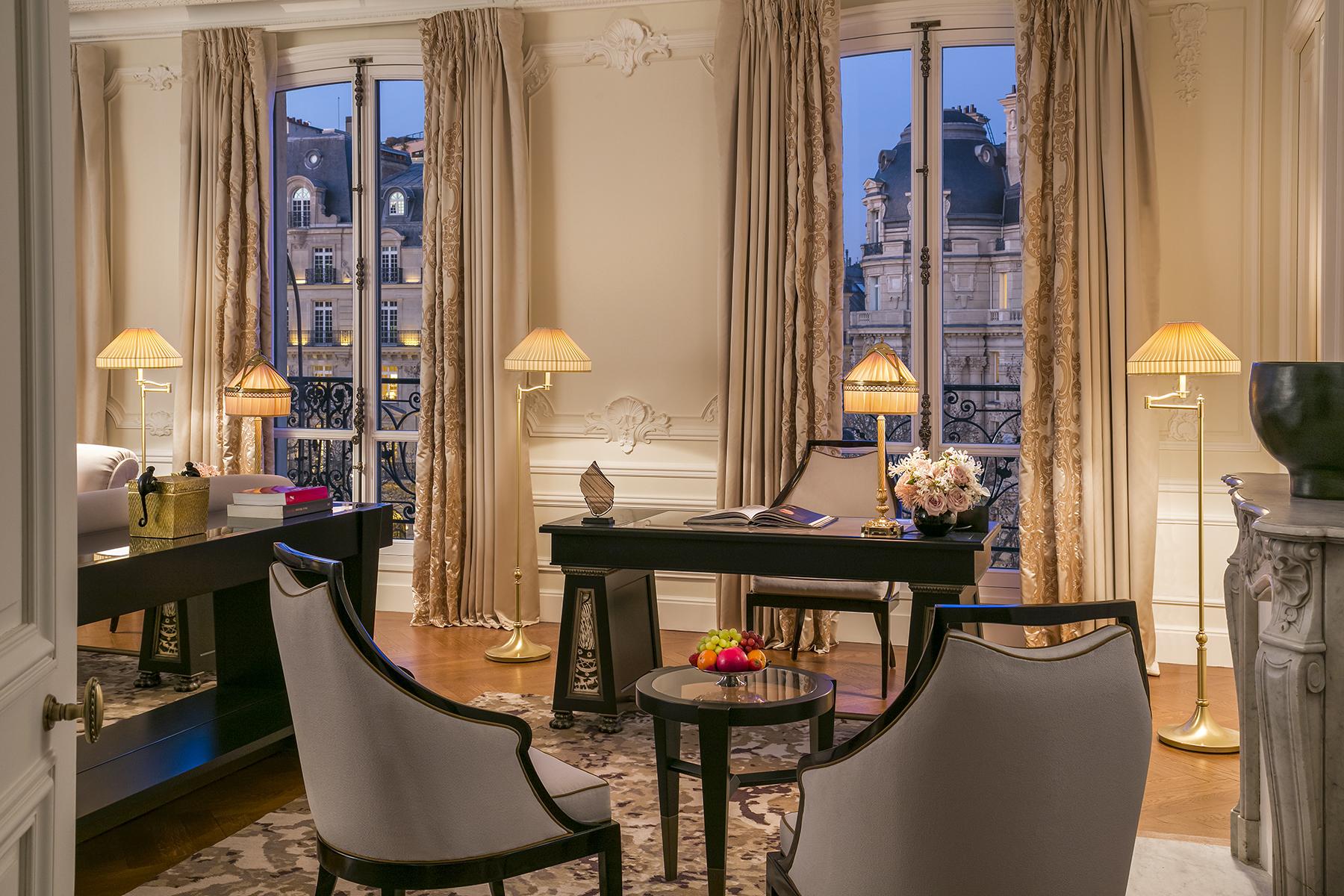 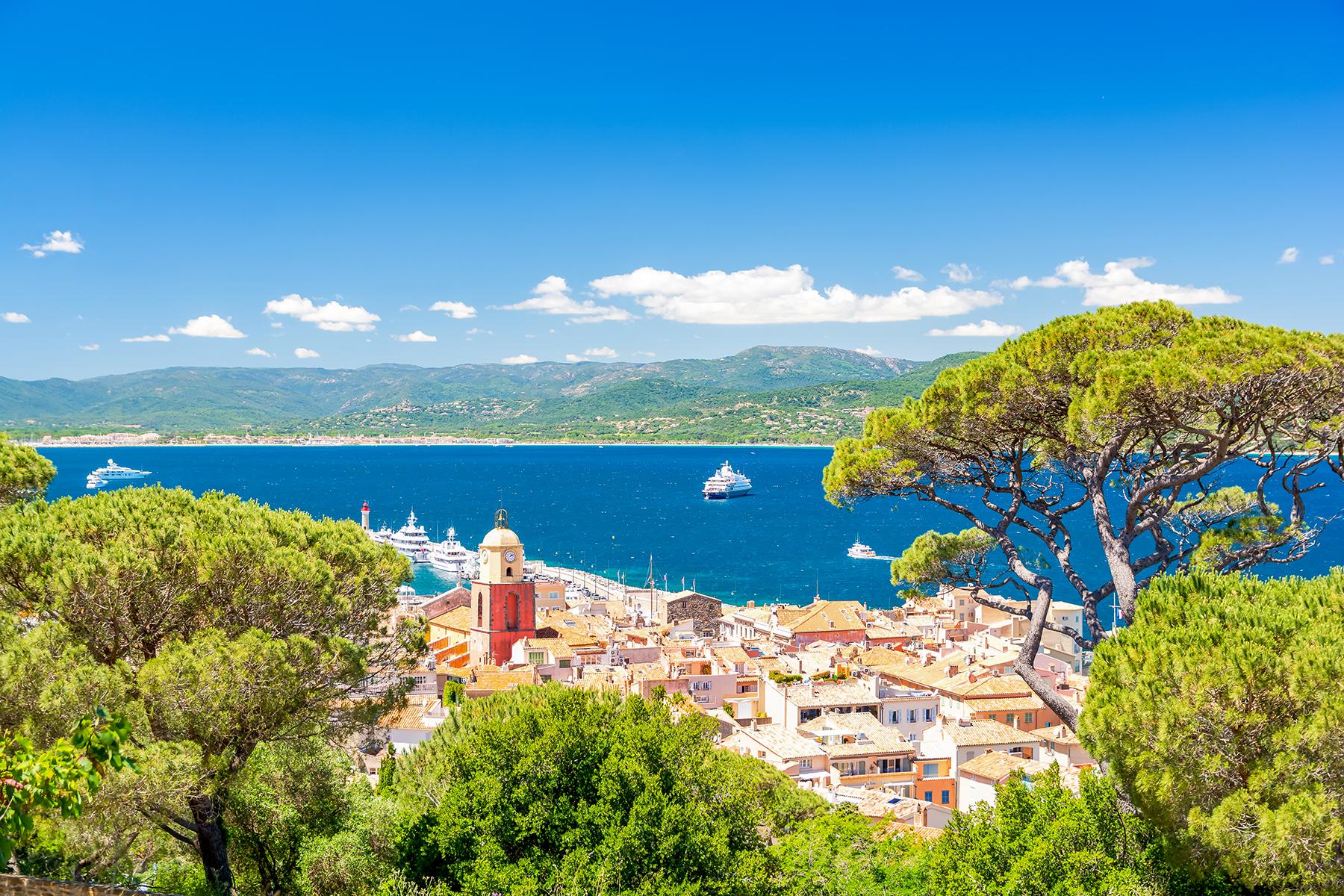 PHOTO: lukaszimilena/Shutterstock
Previous Next
14 OF 15

A honeymoon in Paris is about the ultimate in romantic escapes, and when paired with the sensual shores of Saint-Tropez, this honeymoon combination is about as quixotic as can be. Start in Paris at the Hotel Barrière Le Fouquet’s Paris to be in the heart of the city, just steps from the Arc de Triomphe between Avenue George V and the Champs-Elysées. An hour-and-a-half flight will take you directly to the blissful beaches of Saint-Tropez, including Brigitte Bardot’s favorite beach, Plage de Pampelonne, and the luxurious Hotel de Paris Saint-Tropez to dip in the waters of the hotel’s sexy rooftop glass-bottom pool. 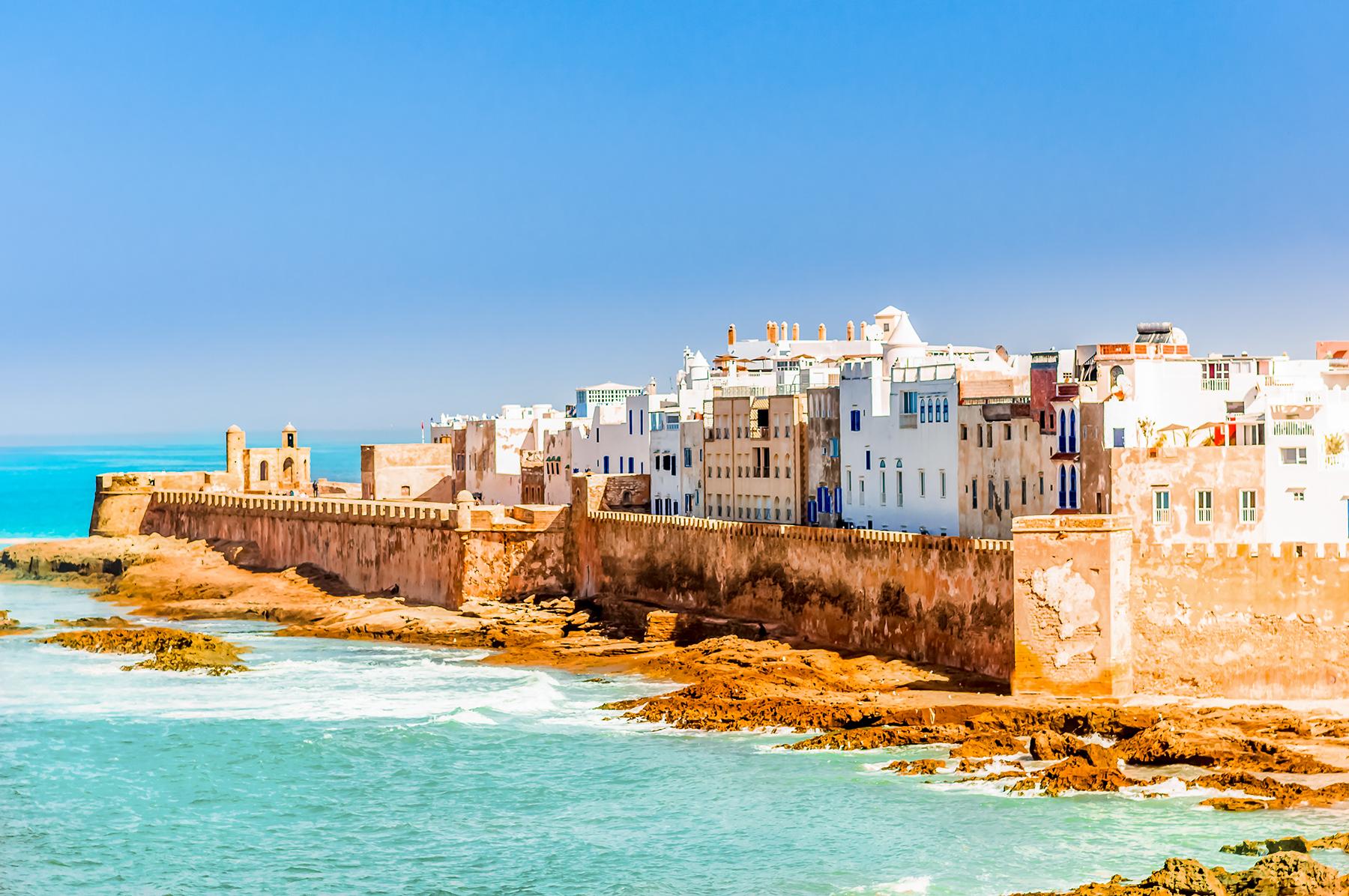 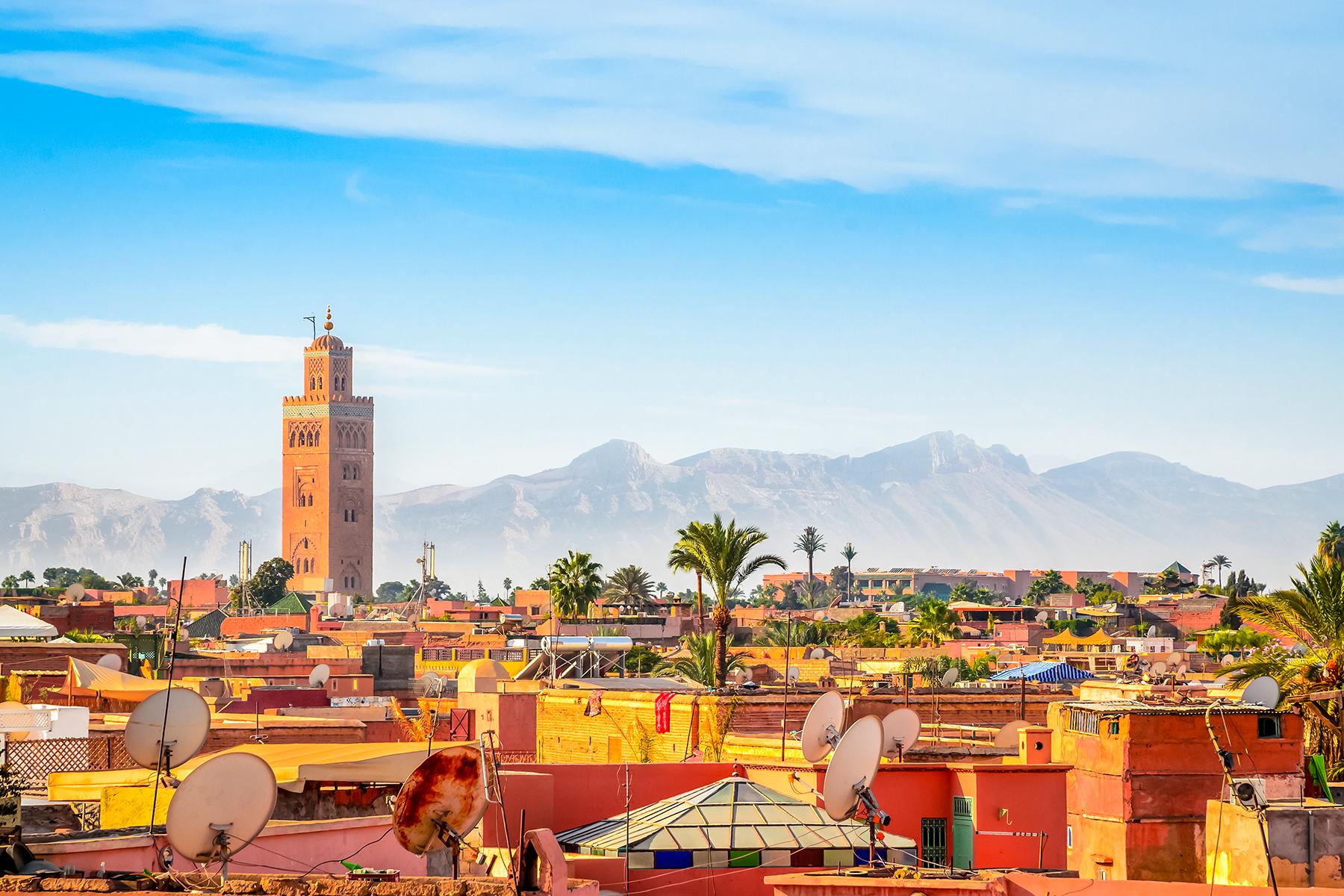 PHOTO: StreetFlash/iStock
Previous Next
15 OF 15

Marvel in the mystery and mystique of two of Morocco’s most romantic cities with a honeymoon hop between the lively medinas of Marrakesh and calm shores of Essaouira. Each of the 41 rooms, suites, and palaces of the Palais Namaskar come with private outdoor plunge pools and a romantic Moorish ambiance that makes the hotel a relaxing retreat after a day spent shopping the souks and wandering through the medinas. Rent a car, take a taxi, or hop on one of the shuttle buses that run between Marrakesh and Essaouira (roughly a three-hour drive) to enjoy this coastal town’s laid-back vibe and gorgeous beaches. The city’s old walls have been used as a movie set countless times, and the nearby Riad Dar Maya offers a similar cinematic beauty with five luxury rooms each themed after one of the five elements of nature.