There’s something about the American Southwest that inspires the unusual.

You may come in search of unique natural beauty and turquoise jewelry but, dig a little deeper, and you’ll find yourself face-to-face with alien lifeforms, neon graveyards, and forgotten wars. These 13 quirky museums prove that American Southwest is far more than endless desert.

It’s hard to describe Meow Wolf for someone who’s never visited. This immersive art experience launches visitors into a mystery played out in carefully curated alternate universes. Meow Wolf is jungle gym, haunted house, and multimedia playground all rolled into one adventure that will enchant kids and adults alike. 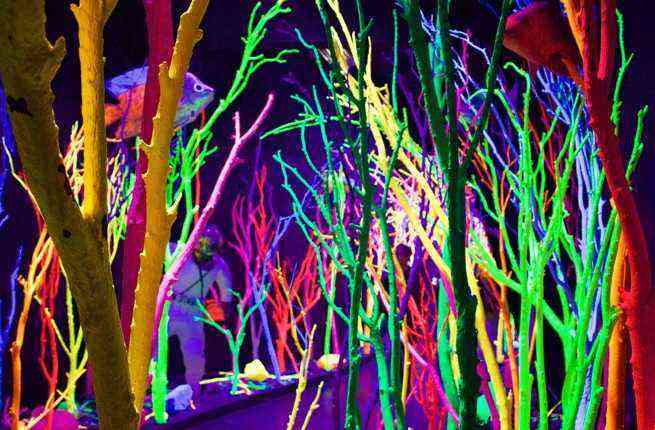 In 1947, in the aftermath of a severe thunderstorm, a rancher discovered something on his land just outside of Roswell, New Mexico that defied logical explanation. Seventy years later, the incident remains shrouded in mystery. The International UFO Museum and Research Center believes the debris discovered that day is evidence of extraterrestrials and their downtown Roswell Center is dedicated to finding the truth behind this and other unexplained sightings throughout the world. Comb through the extensive evidence on display and decide for yourself if you believe. 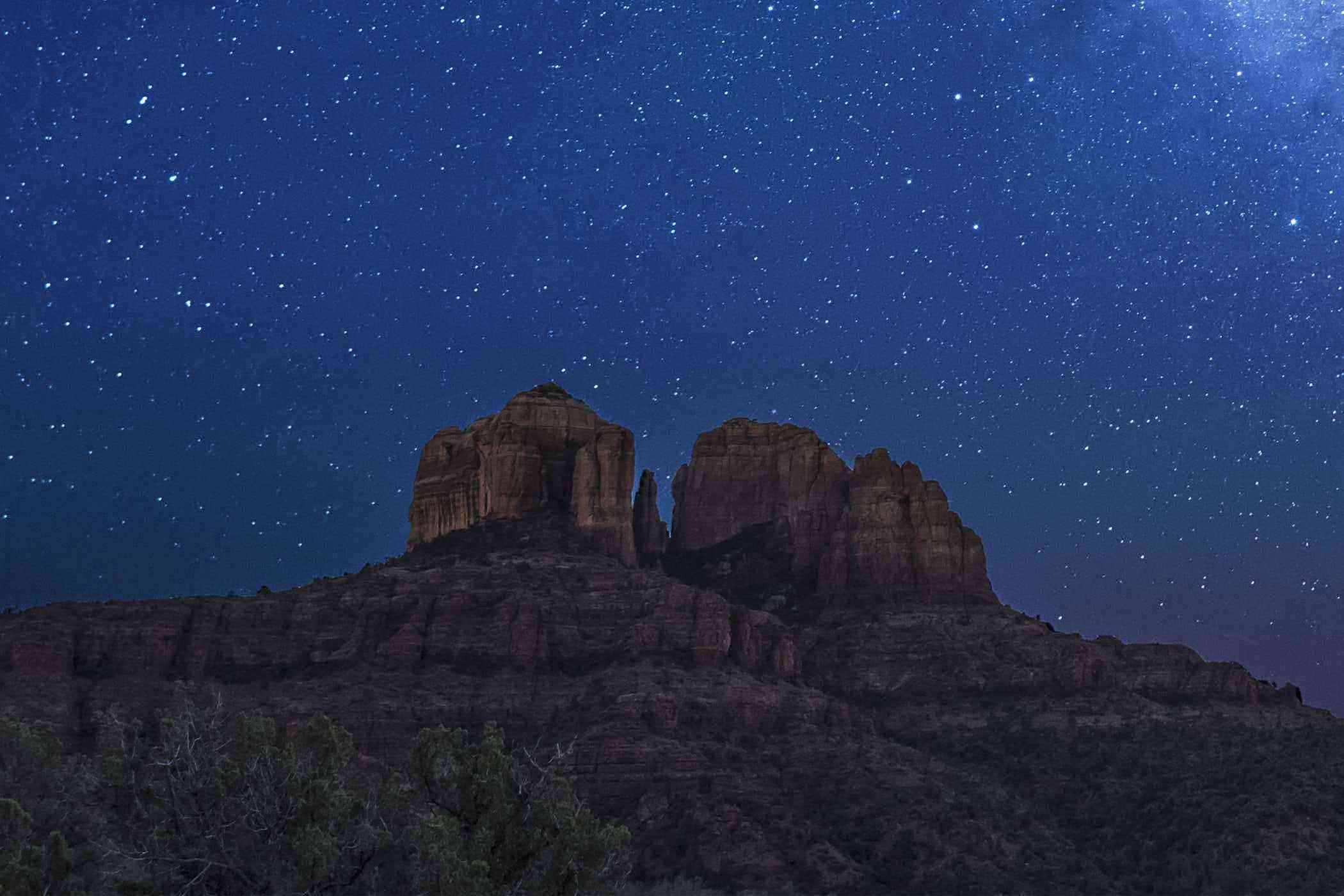 Tinkertown Museum is a slice of Americana right at the heart of Route 66, the historic road dedicated to national nostalgia. It took Ross Ward over forty years to build his unique roadside attraction complete with hundreds of hand-carved wooden characters. Inside this 22-room wonderland, visitors can discover a maze of memorabilia including animated circus performers, a raucous 60-ft long old-West town, and endless relics of days gone by.

INSIDER TIPKeep an eye out for Ross, who placed himself, in miniature, inside his museum before his death in 2002.

The Cold War is still in full swing at Arizona’s Titan Missile Museum. This underground complex was an active military installation between 1963 and 1987 housing a 9 megaton nuclear warhead capable of being launched 10,000 kilometers in 30 minutes. The Titan Missile Museum is the only U.S. ballistic missile launch site of the 54 sites active during the Cold War that is open to the public. Learn about Cold War military technology and the men and women who worked to keep the United States safe from nuclear enemies.

The Mini Time Machine Museum of Miniatures in Tucson transports visitors into pint-sized scenes ranging from the whimsical to the historical. The museum is made up of more than 400 different dollhouses and roomboxes from around the globe, including one of the oldest miniature houses in the United States, dating to around 1775. Experience the wonder of tiny worlds in three separate permanent galleries including the Enchanted Realm, home to woodland animals and fairytale creatures.

The Buffalo Bill Museum and Grave

One of the greatest showmen to ever live, Buffalo Bill Cody brought the “Wild West” to the United States and Europe for more than twenty years at the turn of the 20th century. This small museum is packed with artifacts from Buffalo Bill’s life and show, including beautifully preserved headdresses belonging to the Lakota Sioux performers he considered friends. Buffalo Bill gravesite, at the top of Lookout Mountain, is still embroiled in controversy over the icon’s true final wishes.

INSIDER TIPBuffalo Bill’s Wild West Show visited hundreds of small towns and cities throughout the United States. Take a look at their massive binder “Did Buffalo Bill Visit Your Town?” to see if your hometown was among them (also available online).

The American International Rattlesnake Museum in Albuquerque houses the world’s largest and most diverse collection of living rattlesnakes on public display. In addition to serving as an animal conservation center, the museum celebrates all-things snake, with displays of vintage movie posters, snake-bite kits, and other serpent memorabilia. Join a group tour to get up close and personal with the rattlers from North, Central, and South America and even hold some of the non-venomous creatures that live on-site.

This unusual historical park is dedicated to Capitan, New Mexico’s most famous son: Smokey Bear. Smokey rose to national fame as a fire prevention advocate. After a lifetime on display at Washington D.C.’s National Zoo, he was returned home to New Mexico and laid to rest. The New Mexico Forestry Department opened the Smokey Bear Historical Park and Museum in 1979 to honor their ursine ambassador and continue to communicate the message that “only you can prevent forest fires.”

Controversy over whether Smokey’s true name includes a “the” (Smokey the Bear) originated with a song composed at the height of his popularity. Hear it at the museum or download a copy of the music and lyrics from the New Mexico Forestry website.

The sparkly, slightly risqué Burlesque Hall of Fame celebrates the art of exotic dance. Begun in 1965 by Jennie Lee, founder of the Exotic Dancer’s League, the Hall of Fame follows the rise of burlesque and some of its most celebrated performers beginning with the dance’s American roots in the 1860s. See a variety of historical photographs, costumes, and other burlesque artifacts on display in this small Las Vegas gem.

The Neon Museum is where Las Vegas’s most iconic signs go to die.  More than two hundred of them, including those that once stood sentinel over the Palms Casino Resort and New-New York, have been laid to rest at the “Boneyard,” the museum’s outdoor exhibition space. Their La Concha Visitor’s Center is a beautifully restored example of Mid-Century Modern Googie architecture.

The Neon Museum has partnered with the city of Las Vegas to restore nine iconic neon signs which have been installed throughout the downtown area.

The Ouray Alchemist Museum is dedicated to the early days of pharmacology. Behind the counter of this frontier-style pharmacy, the shelves are chock full of “cures” acquired from the historic mining towns of southwestern Colorado’s San Juan Mountains and medical supplies dating back to the 16th century.

INSIDER TIPThe museum can be seen only via guided tour offered most days at 10 am and 1 pm. Be sure to call ahead to let them know you are coming.

This small but powerful museum pays tribute to the African Americans that shaped the western frontier in the 19th and early 20th centuries. Located in the Victorian home of Denver’s first Black female doctor, Dr. Justina Ford, the Black American West Museum features an impressive collection of clothing, tools, weapons, saddles, and photographs from the often overlooked African American homesteaders, cowboys, miners, and soldiers that contributed to the expansion of the United States across the continent.

INSIDER TIPThe museum is run entirely by volunteers and opens only on Fridays and Saturdays from 10 am to 2 pm.