A destination can be a muse, too!

Finnish illustrator Tove Jansson spent many summers at a remote mökki (cottage), enjoying idyllic moments that would later make their way into the stories of her famous comic strip, The Moomins. Cartoonist Keith Knight’s The K Chronicles began as a glimpse at his life in 1990s San Francisco when he spent afternoons riding in the glass elevators (now key-card protected) at Union Square’s Westin St. Francis hotel and eating affordable taquerias in the Mission neighborhood. From Scandinavia to the U.S. West Coast, Japan to Chicago, historic and modern-day cartoonists and illustrators have found inspiration in the cities, towns, and rural areas around them, and inspired some places as well. Here are 12 amazing artists and the worlds that have fueled their creativity. 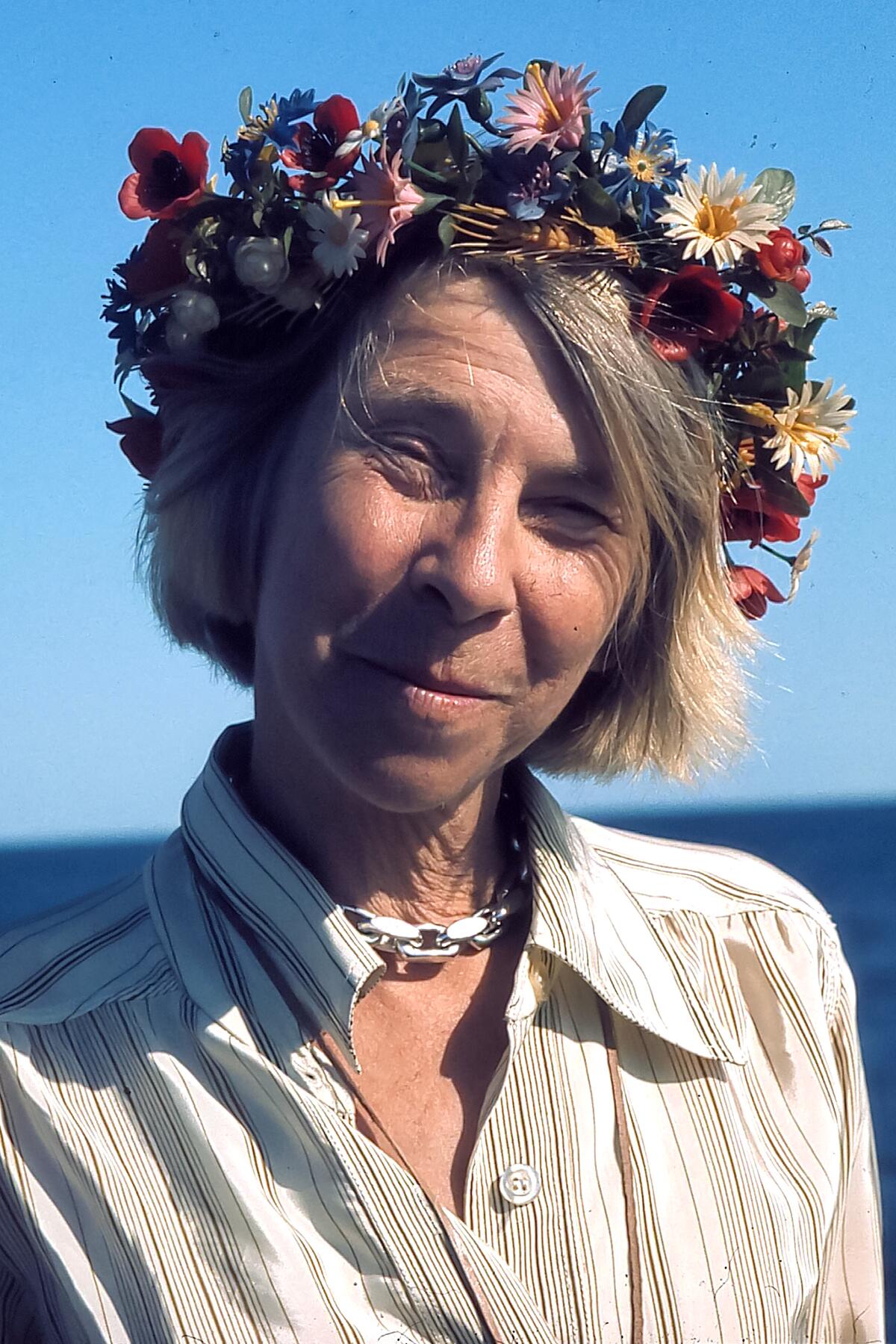 Finnish author and illustrator Tove Jansson introduced her lovable Moomins to audiences in the mid-20th century, and this cartoon family of adorable, hippo-like trolls and their distinct cast of friends, including an adventurous vagabond named Snufkin, have since become as synonymous with Jansson’s homeland as saunas and Santa Claus. Jansson spent her childhood in Finland’s capital, Helsinki, but it’s the country’s serene beaches, explosion of islands (more than almost any other country on earth), and lighthouses and lightvessels–including the Tankar Lighthouse, a towering red-and-white beacon along western Finland’s central coast–where the Moomin spirit really comes alive. 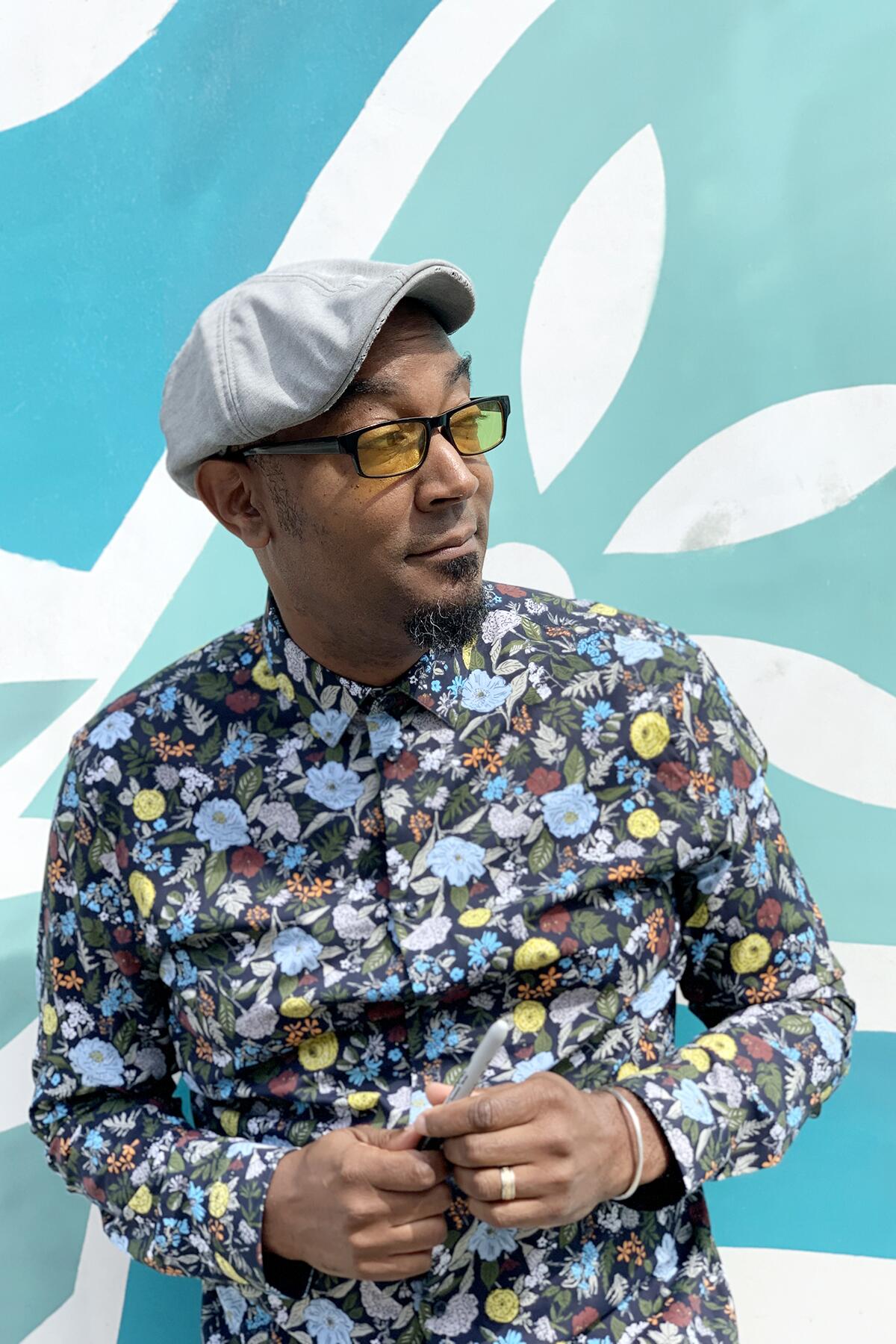 Cartoonist and musician Keith Knight created The K Chronicles while living in San Francisco in the 1990s, and the autobiographical comic strip about Knight’s life—from his personal experiences as a Black male to his nerdy love of Star Wars—captured the essence of the City by the Bay prior to its Google bus takeover. Knight spent afternoons writing at coffee houses like Cafe Trieste in North Beach, pouring through stacks of albums at Amoeba Records in Haight-Ashbury, and playing shows with his band, The Marginal Prophets, at the always lively corner club, Bottom of the Hill. Of course, the city’s laundromats and Muni metro inspired The K Chronicles (now also the basis for the sitcom Woke on Hulu), too. 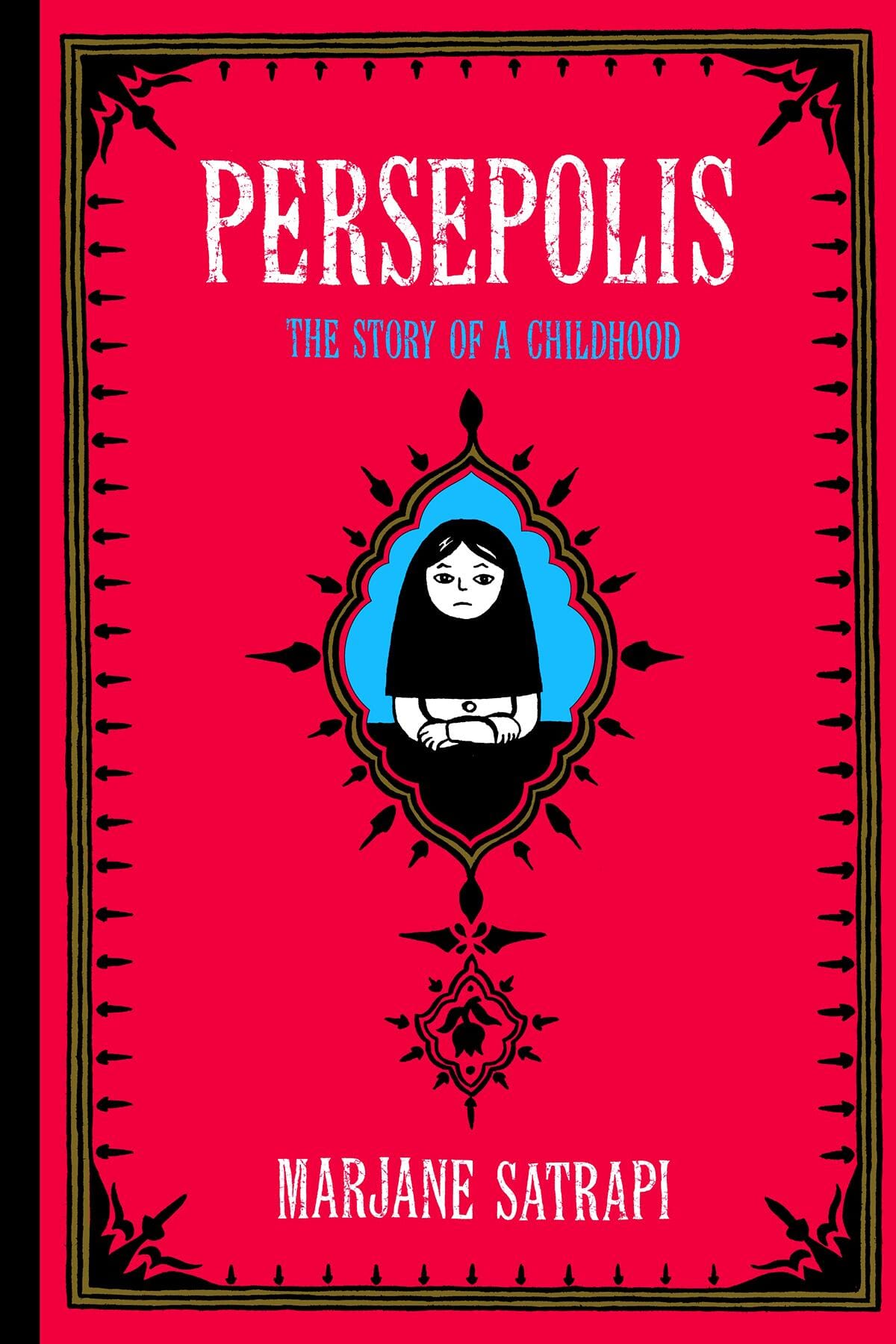 Iranian-born illustrator and author Marjane Satrapi spent her childhood and formative years in Tehran, Iran’s capital city, before, during, and after the deadly 1979 Revolution, which resulted in the exile of the country’s last Persian monarch. Satrapi’s autobiographical series of graphic novels highlights this period of Tehran’s history (as well as her move to Vienna, Austria) despite being named for Persepolis, an ancient Iranian ceremonial capital that’s now an UNESCO World Heritage Site. Today, Tehran exudes a vibrant energy, welcoming visitors with cafes, museums, and a Grand Bazaar filled with spices, carpet shops, ceramics, and even mosques—though the city’s distinct history remains. In fact, greater Tehran’s sprawling Sa’dabad Palace Complex, where Iran’s last Shah (or king) resided, is now a public museum. 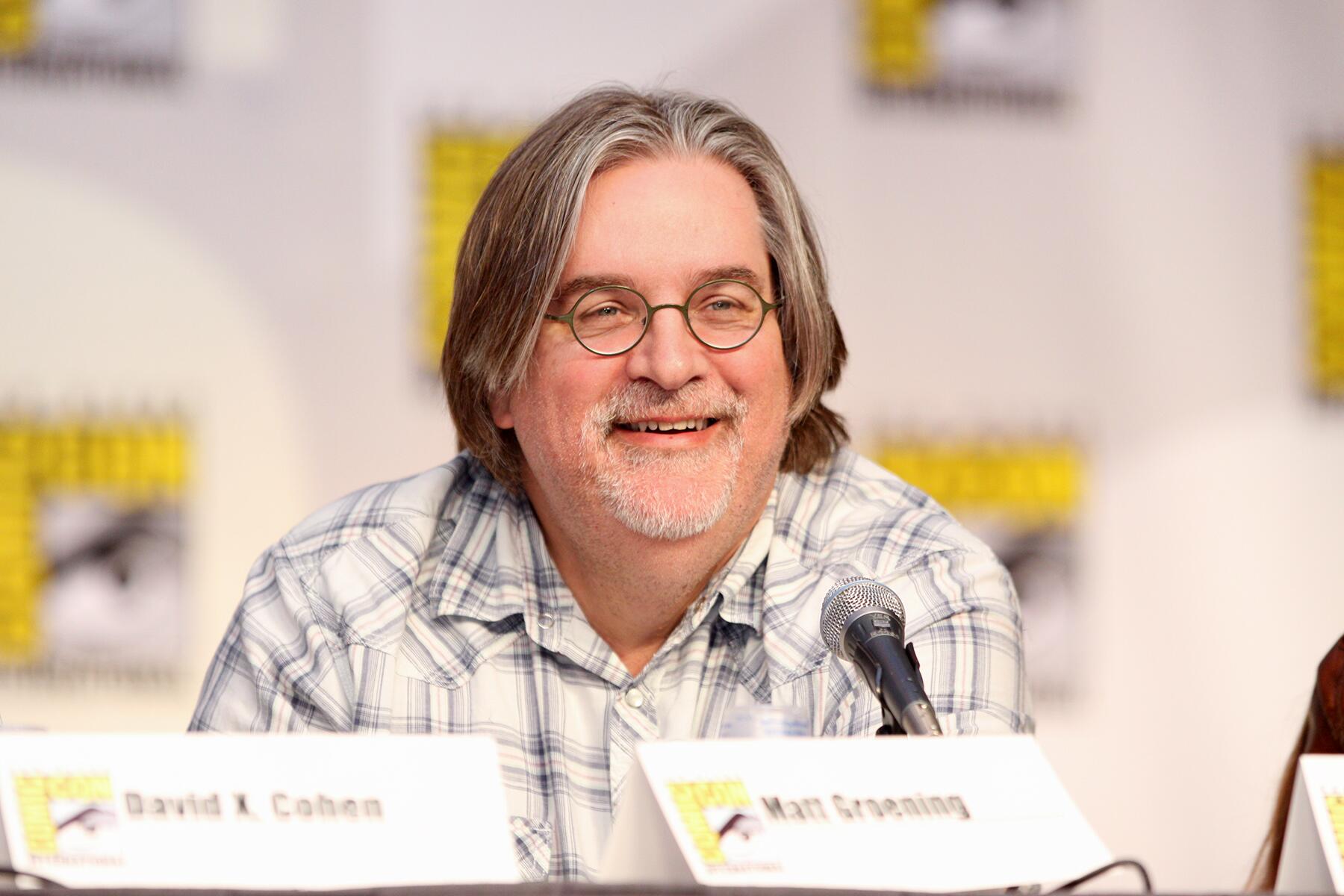 It was in a 2012 Smithsonian article that cartoonist Matt Groening revealed exactly which of the many U.S. towns named Springfield Homer, Marge, Bart, Lisa, and Maggie Simpson call home: Springfield, Oregon—a city that’s less than a two-hour drive south of Portland, where Groening grew up. Today, visitors to this historic hub of Oregon’s lush Willamette Valley can take their own “unofficial” Simpsons tour. There’s the Springfield Museum’s cardboard prop couch, originally used for The Simpsons Movie premiere in 2007 and which—adorned by a set of life-sized Simpson family members—makes for the perfect photo op; and on the west exterior wall of the city’s Emerald Art Center, a colorful Simpsons mural co-designed by Groening himself.

A 13-foot-tall bronze statue called The Pioneer, on the University of Oregon campus in nearby Eugene, is also believed to be the inspiration for The Simpsons‘ own statue of Jebediah Springfield, a murderous pirate who founded the fictional Springfield town.

The Boondocks is the story of two brothers, 10-year-old Huey Freeman and his 8-year-old mischievous brother Riley, who relocate from Chicago’s South Side to the glitzy suburb of Woodcrest to live with their granddad. Known for its occasionally controversial topics, including the satirizing of Black culture (McGruder himself is Black), the syndicated comic strip later became an animated TV series for Cartoon Network’s Adult Swim. While the fictional Woodcrest is either somewhere in Maryland, where McGruder moved from Chicago when he was six, or Illinois (some fans believe it’s modeled on the village of Crestwood, about 24 miles southwest of Chicago), depending on whether you’re reading the strip or watching the show, there are several aspects of Illinois’ most populous city that are undoubtedly inspirations. These include Chicago’s Grant Park along the shores of Lake Michigan, and the city’s Michigan Avenue Historic District, home to both the iconic Blackstone hotel and the Art Institute of Chicago. 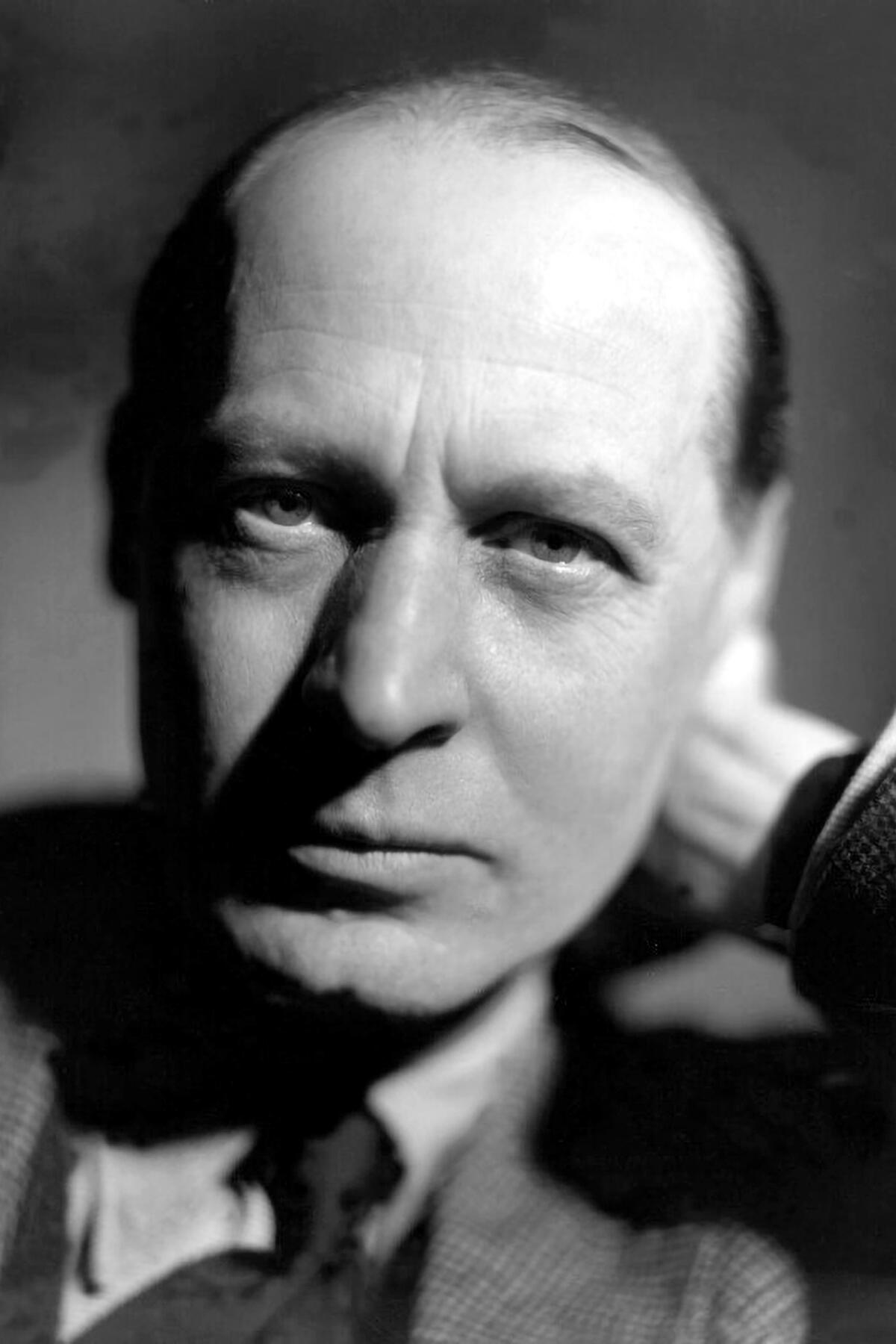 English artist E.H. Shepard is best known as the illustrator of author A. A. Milne’s 1926 classic, Winnie-the-Pooh, and its sequels, including Return to the Hundred Acre Wood. Shepard brought Pooh Bear and his friends, including a gloomy donkey named Eeyore and a bouncing tiger called Tigger, to life on the page, as well as their home in the Hundred Acre Wood, modeled on England’s own Ashdown Forest. Today, sightseers can stroll among the open heathland of this public East Sussex (about 30 miles south-east of London) treasure, and play a game of “Poohsticks,” which involves dropping sticks in running water and seeing whose reaches downstream first, from a small woodland footbridge. “Winnie” was named after a Canadian black bear that the real-life Christopher Robin (Milne’s son) befriended at the London Zoo.

Although a 20th century master of macabre pen-and-ink illustrations that look like they’ve been plucked straight from Victorian-Edwardian England, American writer and artist Edward Gorey only visited the UK once. His brief visit to the Scottish Isles was also his only international trip, meaning the bulk of Gorey’s Goth-like illustrations were inspired instead by his Chicago upbringing, Harvard University education, and years working in Manhattan. Gorey spent his later years living in a 200-year-old sea captain’s house on Cape Cod, Massachusetts, which became a museum after his passing in 2000. Today, The Edward Gorey House (a.k.a. Elephant House) hosts exhibits of his self-described “nonsense” works, art contests, and holiday strolls, and even sells Gorey-art beach towels, posters, and puzzles. 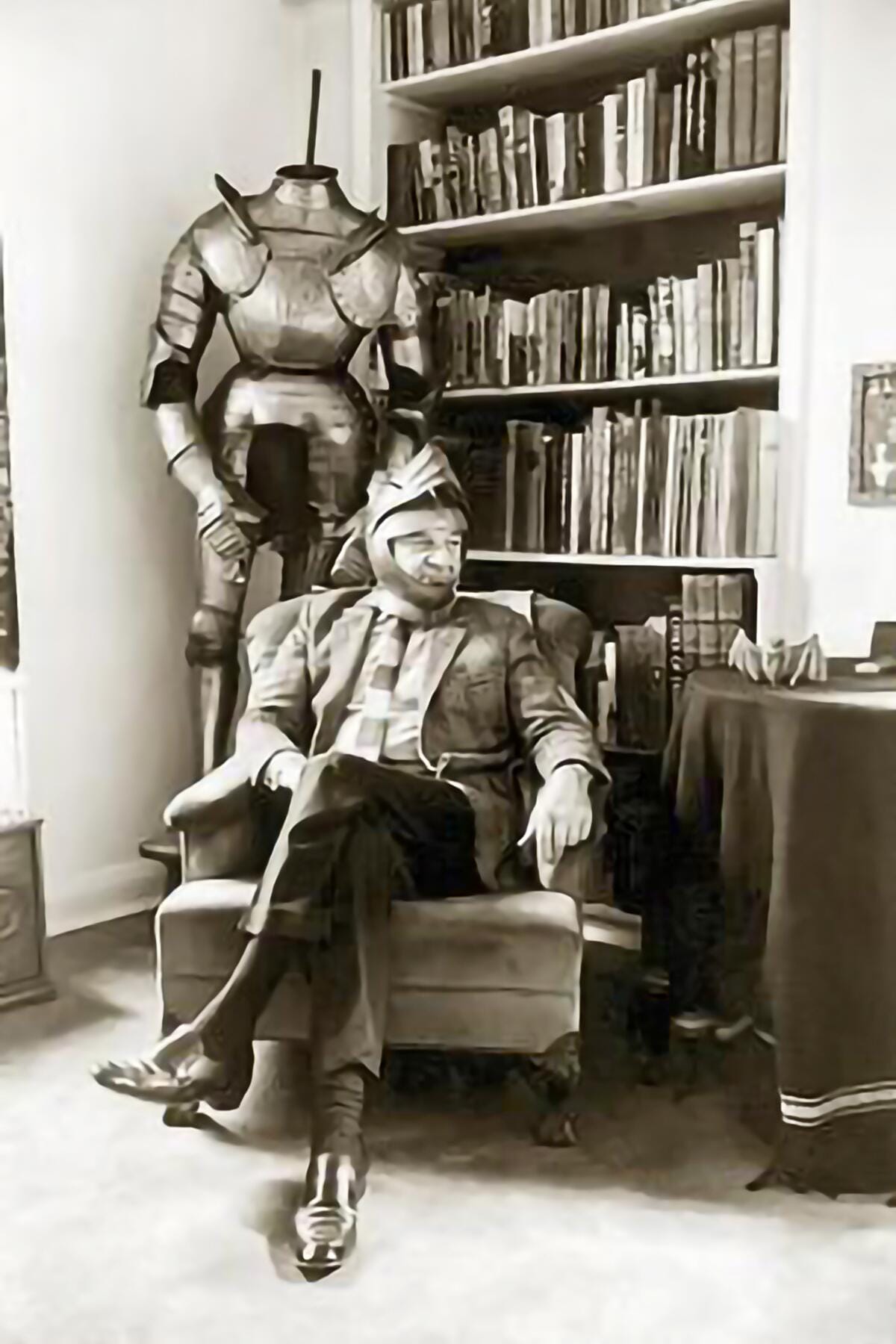 They’re creepy, they’re kooky, and they hail from Westfield, New Jersey. This Garden State town, about 16 miles southwest of New York City, is where Addams Family creator Charles Addams and his “altogether spooky” cast of characters, including Gomez, Morticia, googly-eyed Uncle Fester, and children Wednesday and Pugsley, were born. Although Addams eventually moved to New York, his Jersey hometown continues to celebrate their favorite dark cartoonist with AddamsFest, an annual festival featuring everything from “wicked” window displays to a “Haunt Your House” challenge. The home that’s said to have influenced the Addams Family’s own Gothic mansion stands at the intersection of Westfield’s Elm Street and Dudley Avenue, and there’s also the town’s Presbyterian Cemetery on Mountain Avenue, where Addams was often seen drawing inspiration. 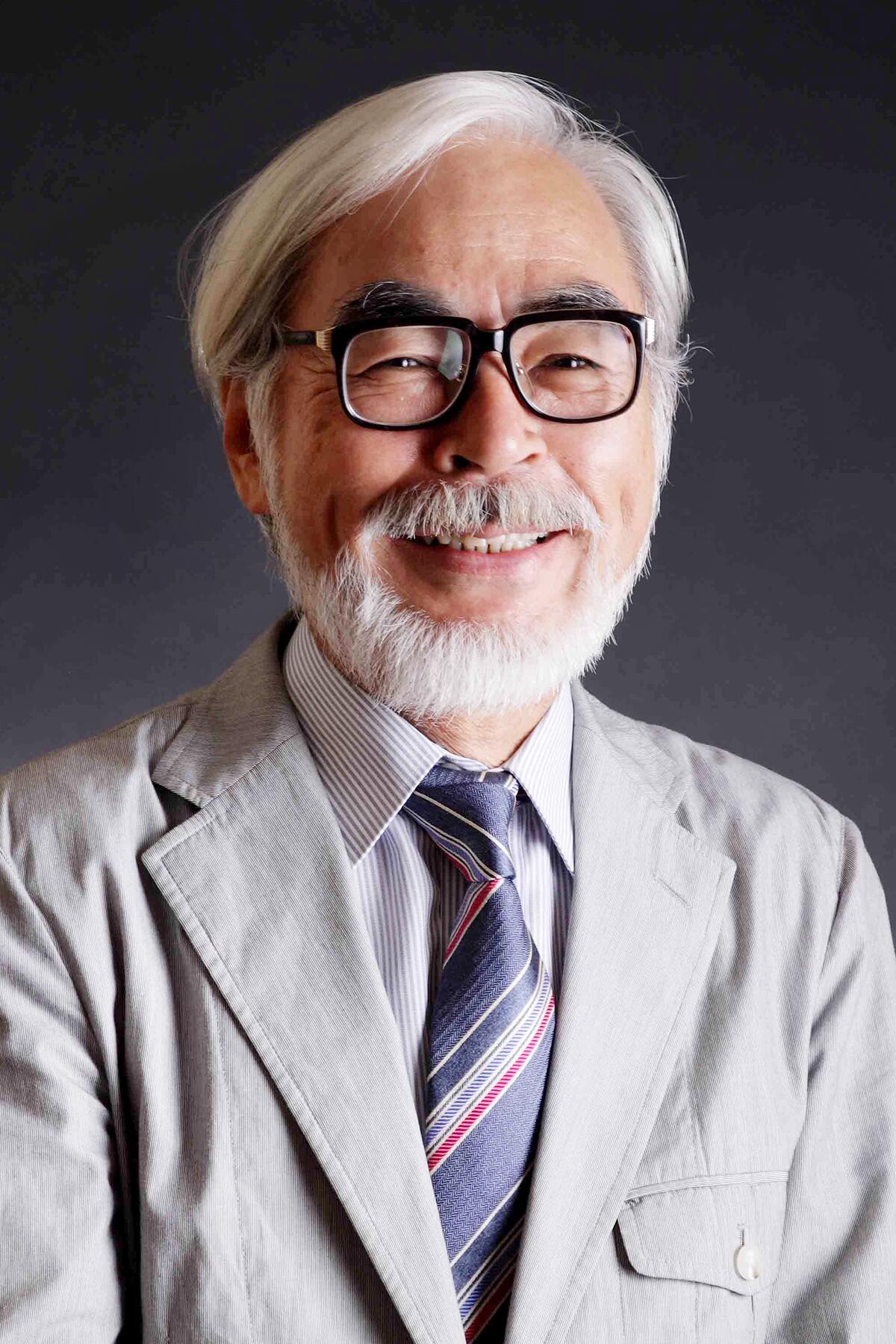 Famed animator and manga artist (as well as co-founder of the Japanese animation film studio, Studio Ghibli) Hayao Miyazaki grew up in Japan’s bustling capital city, Tokyo, though many believe that the setting for one of his most popular animated films, Spirited Away (2001), is based on Taiwan’s seaside mountain town of Jiufen. Miyazaki claims otherwise in interviews, but that hasn’t stopped fans of the film from flocking to Jiufen’s tea houses and narrow and winding lantern-lit alleyways in droves. They also come for the delicious food, treats like onigiri (rice balls), spongy castella cake, and stone-roasted sweet potatoes known as ishi-yaki-imo. Though the bulk of the movie’s animated edible delicacies are Japanese in origin, they’re readily available throughout the picturesque village.

Belgium may be home to both delicious beer and chocolate, but it’s also the birthplace of the most lovable blue beings on the planet: Smurfs—five-inch-tall, gnome-like creatures dressed in white pants and hats that took the world by storm, most notably in the 1980s when they appeared in their own Saturday morning cartoon. Brussels-born Pierra “Peyo” Culliford first introduced Smurfs to comic book audiences in 1958. Today, they’re a part of the Belgian fabric, appearing on a Brussels Airlines plane and even as a 10-ton statue just outside Brussels’ Moof Museum, a comic museum that has its own collection of Smurfs, including Papa Smurf and Smurfette, on display. Although the location of Smurf Forest and its Smurf Village, a mushroom-capped hamlet where the tiny creatures reside, is anyone’s guess, one possibility is Belgium’s Hallerbos forest, known for its brightly-hued blanketing of bluebell flowers in spring. 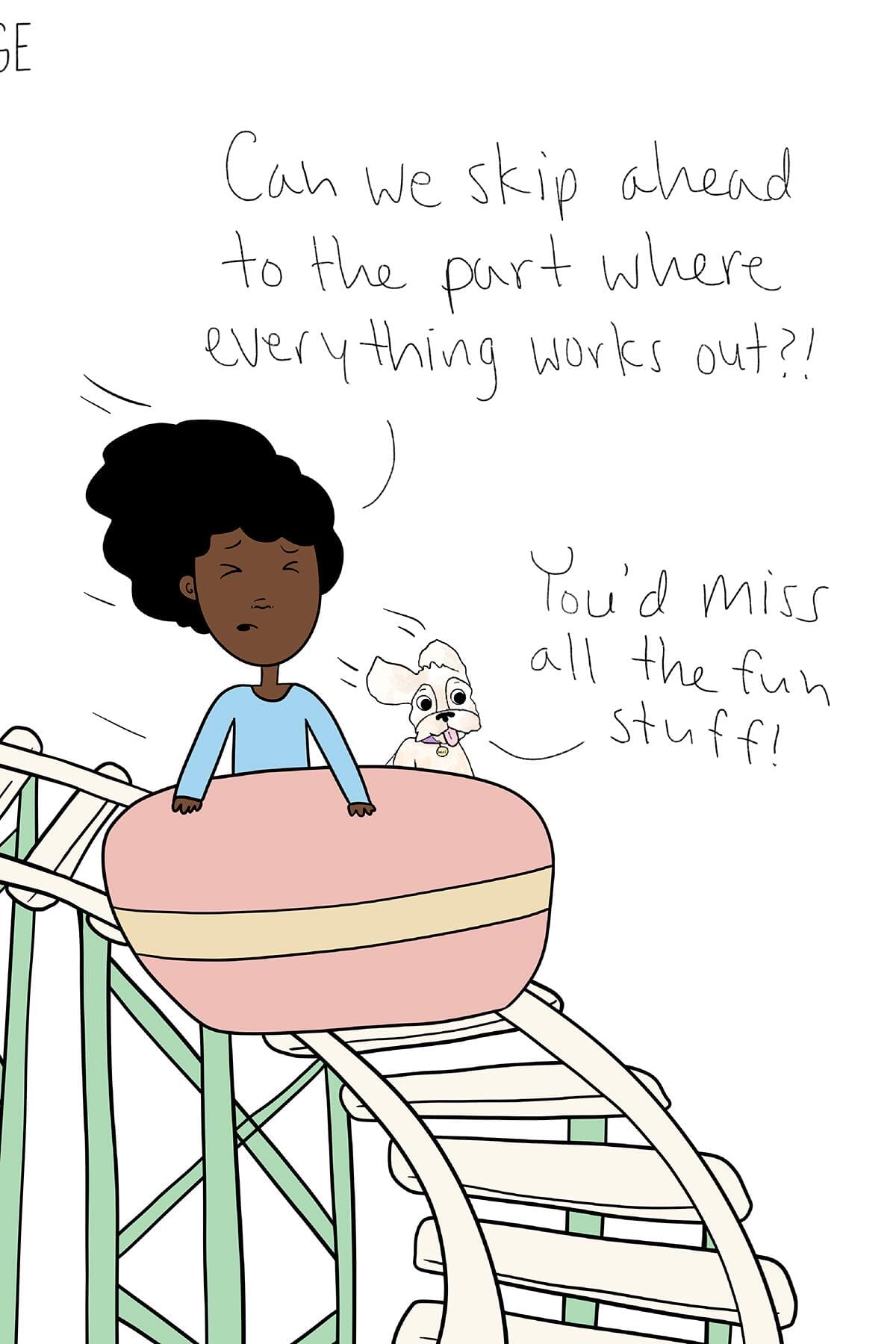 PHOTO: Liz Montague
Previous Next
11 OF 12

Before she became a cartoonist for The New Yorker (the first Black woman to do so), Philly-based Liz Montague spent her early years gaining inspiration in South Jersey, snacking on apple cider donuts at Johnson’s Corner Farm, where she held her first job and still returns occasionally (“I always have good ideas after a pie break,” she says). During a stint in Washington D.C., the Liz at Large creator challenged writer’s block with walks around the city’s Kalorama and Adams Morgan neighborhoods (“The prettiest D.C. neighborhoods, in my opinion,” says Montague), and now runs across the pedestrian walkway of Philadelphia’s Ben Franklin Bridge, stretching over the Delaware River from Pennsylvania to New Jersey, to get her productive juices flowing. “I also love walking around the parks in [Philly’s] Old City,” Montague says.

Released in 2013, the award-winning romance drama Blue Is the Warmest Color tells the story of a love affair between a teenage student, Adèle, and an older, aspiring painter named Emma. What many people don’t know is that the film is actually based on French writer and illustrator Julie Maroh’s graphic novel, Le bleu est une couleur chaude. Maroh grew up in northern France, close to the Belgian border, and many of the scenes in both her comic—and the movie—reflect this. Fans can walk around the capital of French Flanders, Lille, as well as nearby cities like Roubaix and Liévin, and spot familiar locations such as the La Piscine Museum, a repository for art and industry, and FiFi’S Wine Bar at 13 Rue de la Barre in Lille, where the two women first meet.