“Eleven hundred men went into the water. Vessel went down in 12 minutes. Didn’t see the first shark for about a half an hour.”

Despite the dangers that come with seafaring, human beings can’t stay away. We’re drawn back to the ocean for travel, for riches, for sheer curiosity. And yet when mariners encounter these dangers, some have persevered against impossible odds. But in order to beat impossible odds, you have to do the seemingly impossible. Some trekked across frozen lands, navigated the treacherous expanse of the open ocean in nothing but a small boat, and some were left with no choice but to resort to cannibalism–but all of them survived.

History Iona Brannon 10 Women in Aviation You Should Know

PHOTO: Thomas Nickerson/WikimediaCommons
Previous Next
1 OF 10

The Surviving Crew of the Whaleship Essex

WHERE: The Pacific Ocean

The story of the whaleship Essex is forever immortalized as the true story that partially inspired Herman Melville’s Moby Dick. The Essex and her crew had been experiencing a streak of bad luck even before they had their fateful encounter. The ship encountered a squall that nearly sank it, razed a Galápagos island while resupplying, and found the whale grounds where they’d meant to hunt fallow—prompting the risky decision to sail for the offshore whaling grounds located thousands of miles from the South American coast.

It’s not certain what prompted the abnormally large sperm whale to attack the Essex—perhaps the sound of repairs had drawn its attention, maybe it had been harpooned before and was acting in self-defense. Whatever the reason, the whale rammed the Essex two times before swimming away and leaving the crew to their grim fate.

The 20 men split across three small whaleboats, only two of which had any navigational instruments. After a month at sea, they made landfall on a small atoll where, after a week, they had depleted its meager resources. Though most of the remaining men decided to make for Easter Island, three chose to stay behind (and were eventually rescued). It only took a few days for their food supply to run out and, one by one, the whalers started to die. The remaining men reached the terrible conclusion that consuming the remains of the dead was the only chance they had at survival. The two remaining whaleboats, which had previously drifted apart, were rescued separately by passing vessels. Despite this unfathomably harrowing ordeal, all eight of the surviving men would resume their seafaring ways. 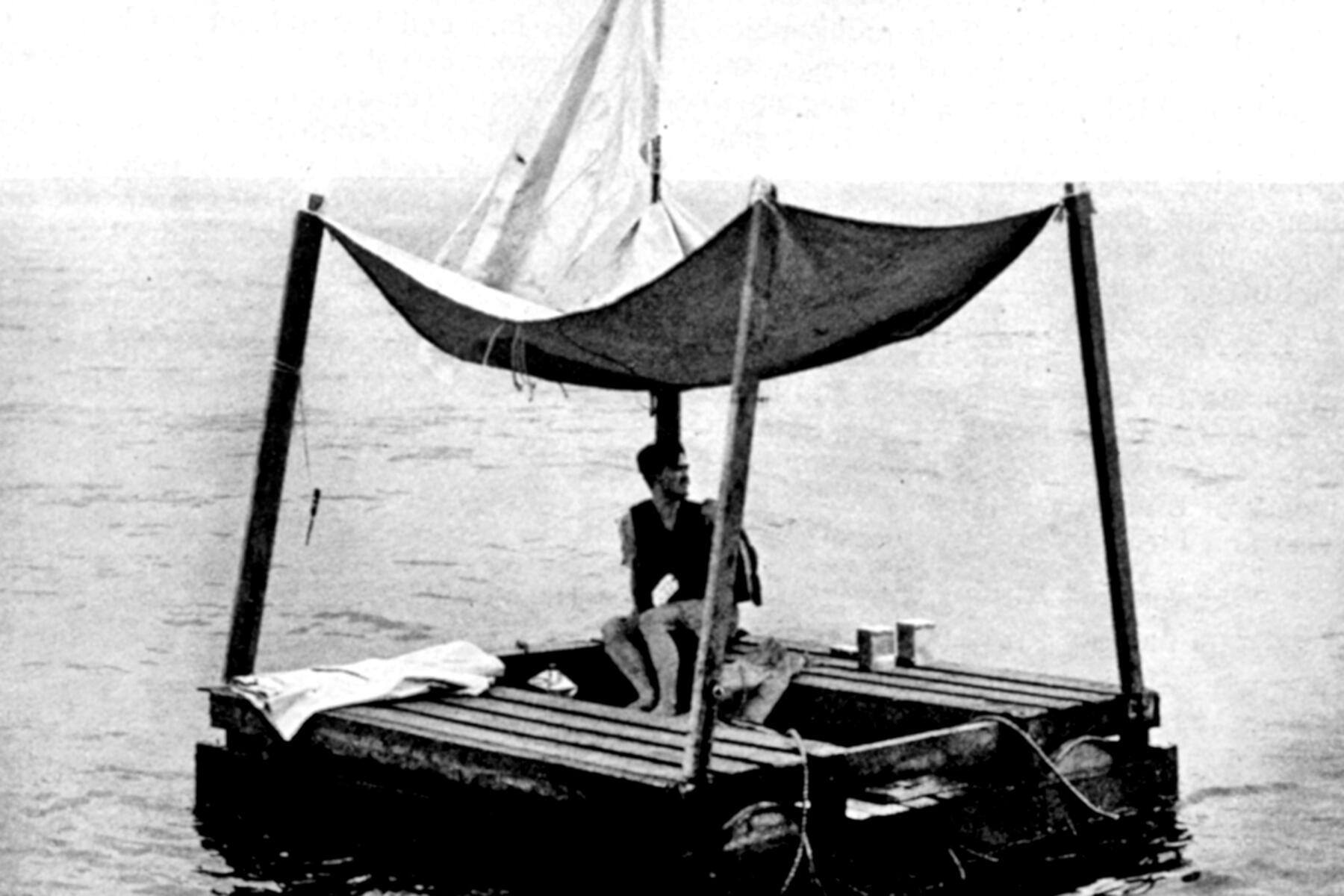 Amid World War II, the British merchant ship, the SS Benlomond was struck by a German U-boat off the coast of Brazil. The ship sank in a matter of minutes but a steward, Poon Lim, managed to grab a life vest before jumping overboard. Lim would have the good luck of encountering a small wooden raft stocked with some supplies, including a biscuit tin, a flashlight, a jug of water, and a flashlight. But once those resources were depleted Lim had to get creative to survive. He collected rainwater for potable drinking water, a wire from the flashlight became a fishing hook, and a piece of the biscuit tin became a knife he used to cut open the fish that he caught. After 133 days at sea, he eventually drifted close enough to the coast that he was spotted and then rescued by Brazilian fishermen. Upon his return to the U.K., he was awarded the British Empire Medal by King George VI. 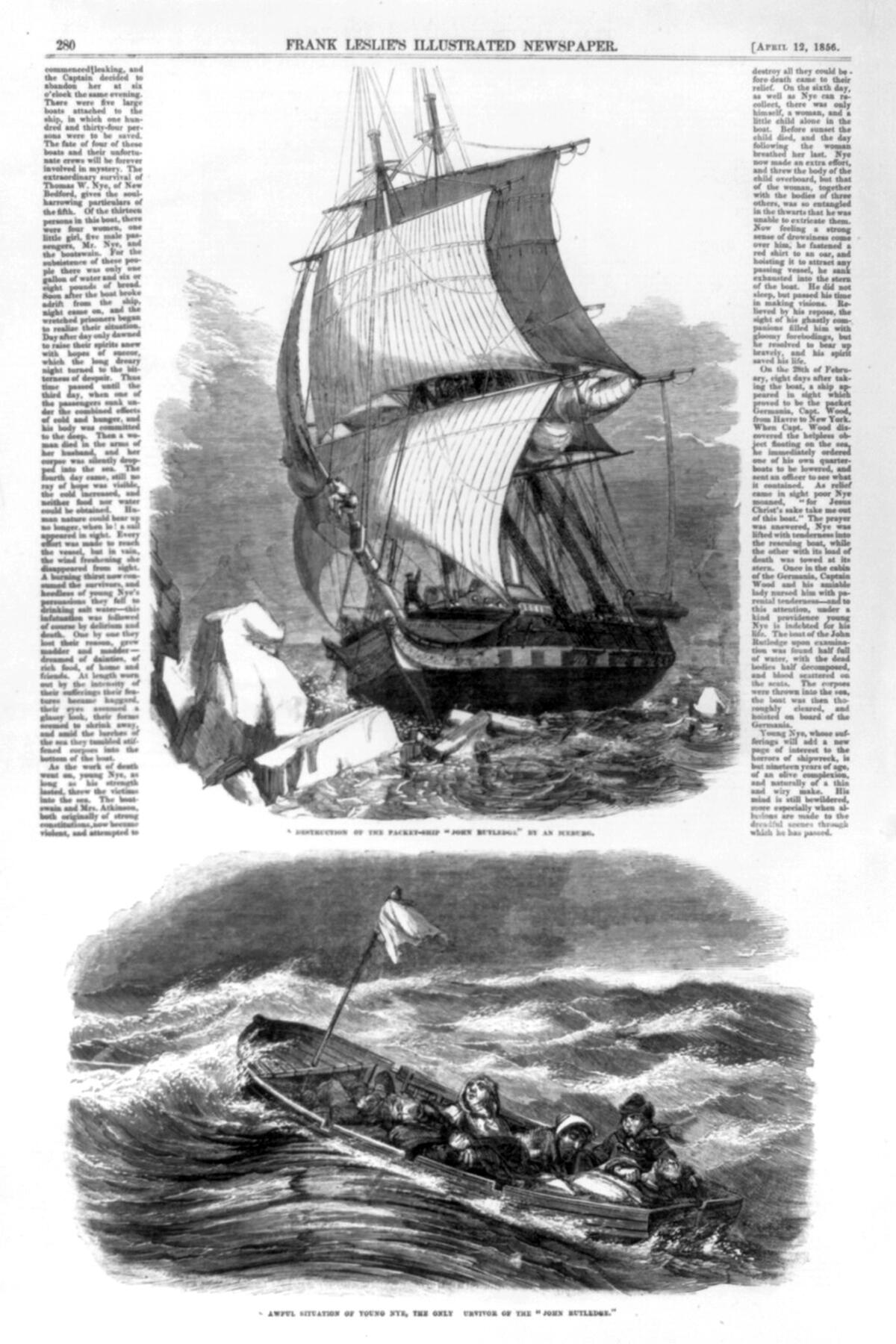 Ships arriving in Liverpool after making trans-Atlantic voyages had come with warnings that the shipping lanes had become packed with ice. But Captain Alexander Kelley decided that the packet ship John Rutledge would set out to return to New York anyway. On the morning of February 20, 1856, the ship was gouged by ice. Captain Kelley ordered that the ship be abandoned with most of the passengers and crew getting into five lifeboats. The boats would quickly become separated. Four of which were never seen again. The occupants of the fifth boat had only a little water and hardtack for provisions. Desperate with thirst, most of the occupants turned to drinking seawater. All except Thomas Nye, a young sailor who hailed from an illustrious Cape Cod seafaring family. After nine days, Nye was the only surviving occupant of the lifeboat and was near death himself when he had the good luck to be spotted by a passing vessel and was rescued. 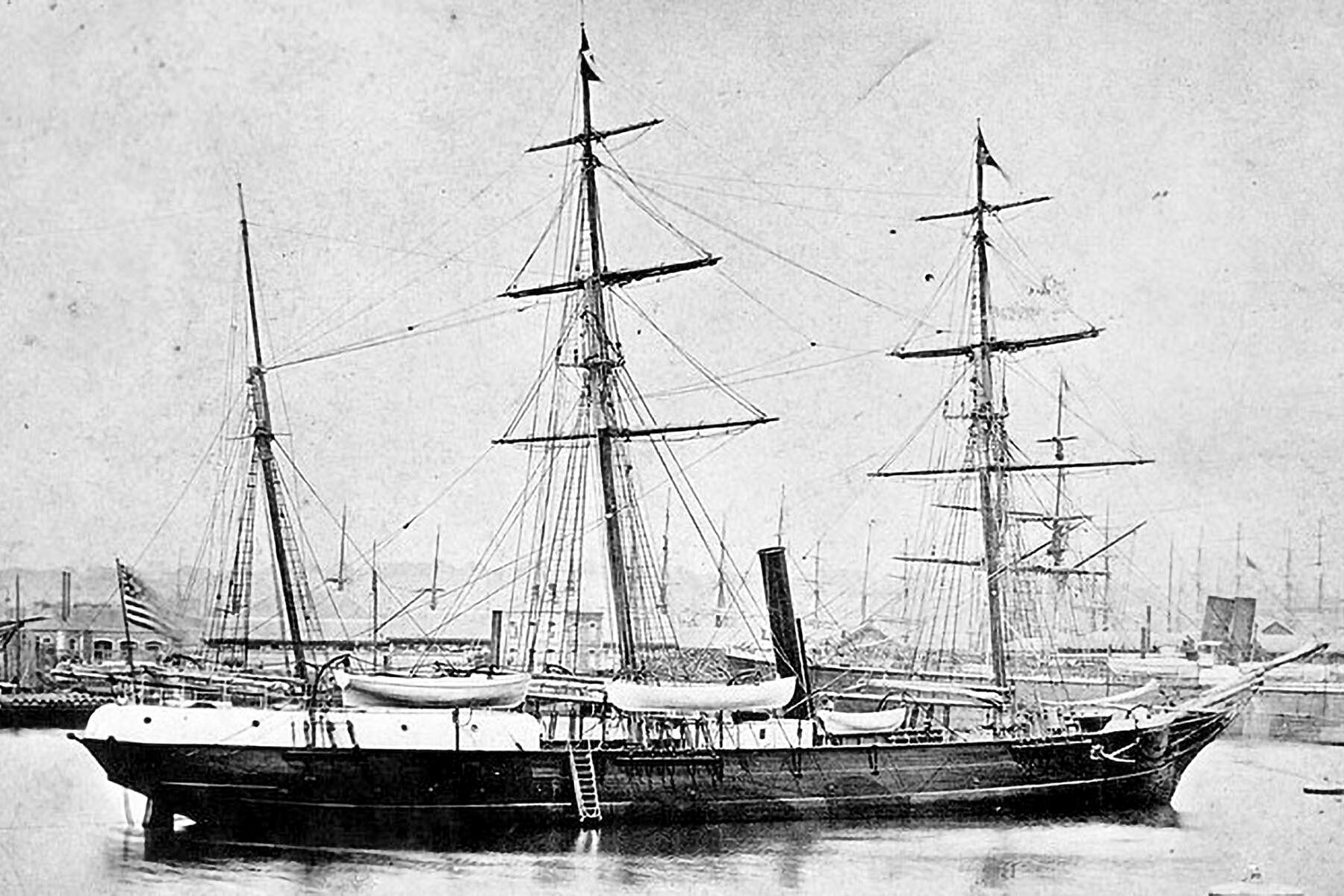 The Surviving Members of the Jeannette Expedition

WHERE: The North Pole

In the summer of 1879, the Jeannette would set out from San Francisco in an attempt to reach the North Pole via a route through the Bering Strait. But after a couple of months at sea, the ship had become icebound. For nearly two years, the ship and her crew of 33 men would hardly move at all, until the hull was eventually pierced by ice and it sank off the coast of Siberia on June 13, 1881. The crew started the long, arduous journey across the ice with the goal of reaching the New Siberian Islands. While sailing in whaleboats, they would become separated by a storm. While some reached the rendezvous point of Bulun (a small settlement), the party lead by the expedition’s commanding officer, George W. De Long, wandered until—depleted of provisions—they died one by one. Of the 33 men that set out only 13 would return. 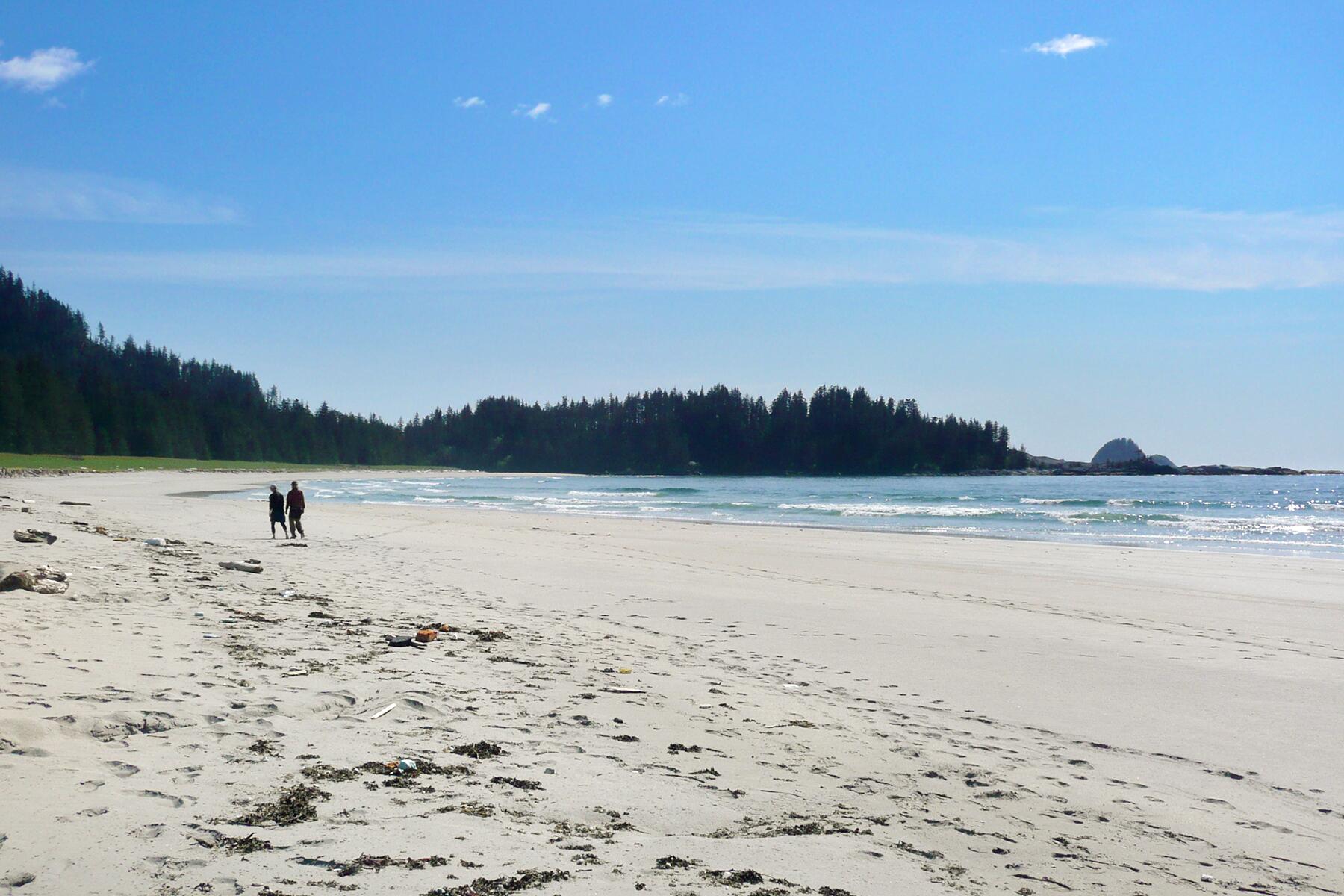 The Survivors of the Neva

Though the Neva would have the honor of being the first Russian ship to circumnavigate the globe in 1803, in less than a decade it would meet an unfortunate end off the coast of Alaska. In August of 1812, the ship left Okhotsk, Russia, bound for the city of Sitka. The ship reached Prince William Sound but ran aground and sank within a matter of hours. Thirty-two people died in the crash but 28 were able to make it to nearby Kruzof Island. The survivors set up a camp for a month before rescue arrived. 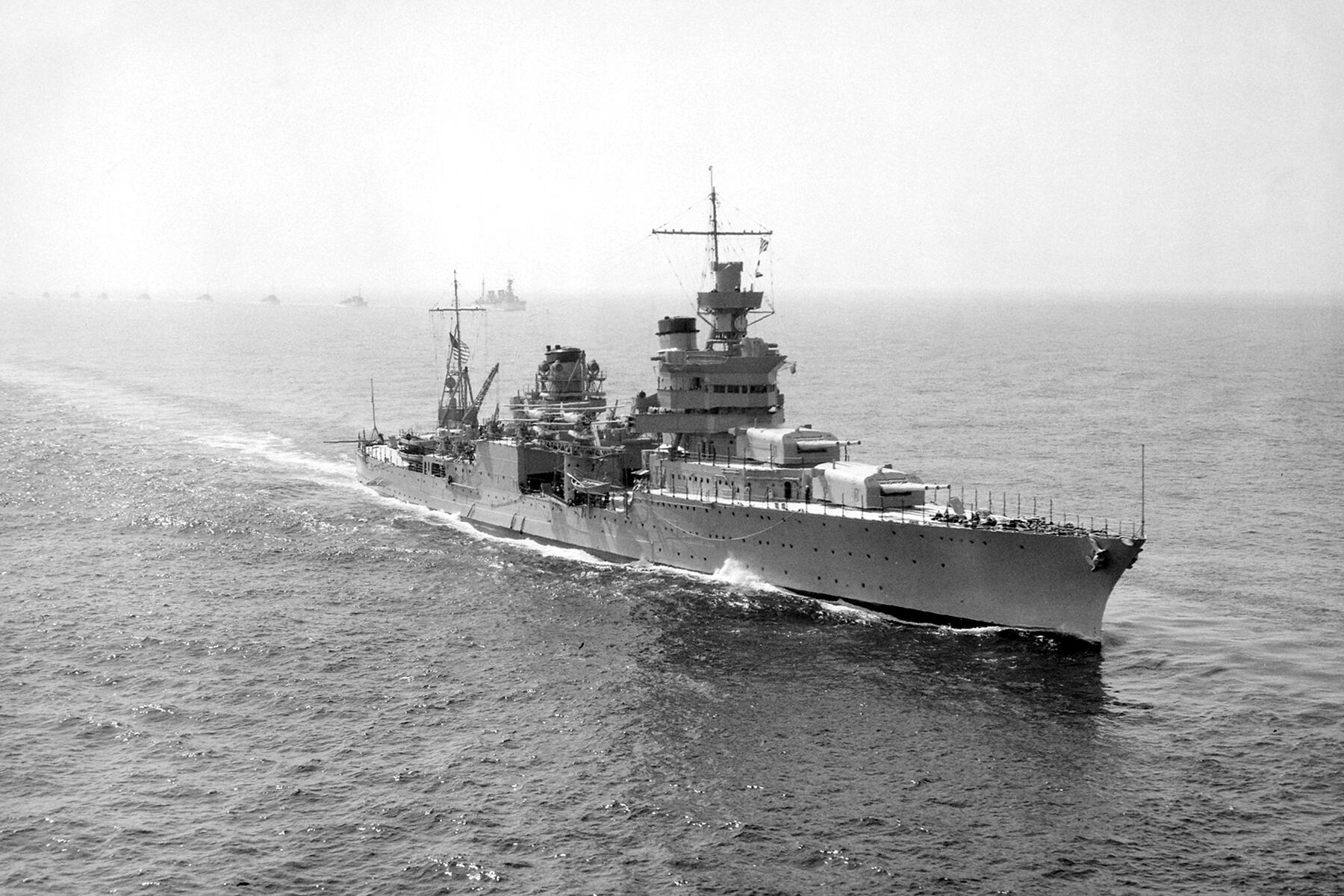 The Surviving Crew of the USS Indianapolis

WHERE: The Philippine Sea

“Eleven hundred men went into the water. Vessel went down in 12 minutes. Didn’t see the first shark for about a half an hour.” So begins the monologue Robert Shaw delivers in Jaws that would solidify the story of the USS Indianapolis in popular memory. On July 30, 1945, the heavy cruiser that had delivered the atomic bomb that was dropped on Hiroshima, was struck by two torpedoes. With only a few lifeboats and a delay in rescue being deployed, the situation was dire, to say the least. Men died of exposure, killed each other, or were attacked by sharks.

“We had a cargo net that had Styrofoam things attached to keep it afloat. There were about 15 sailors on this, and suddenly, 10 sharks hit it and there was nothing left,” said Eugene Morgan, one of the surviving crew. “This went on and on and on.”

Though three naval stations had received the Indianapolis’ distress signal, none reacted to it. It would take four days for rescue to finally come in the form of seven naval ships. Of the 900 men that survived the initial sinking, only 316 would make it out of the water. 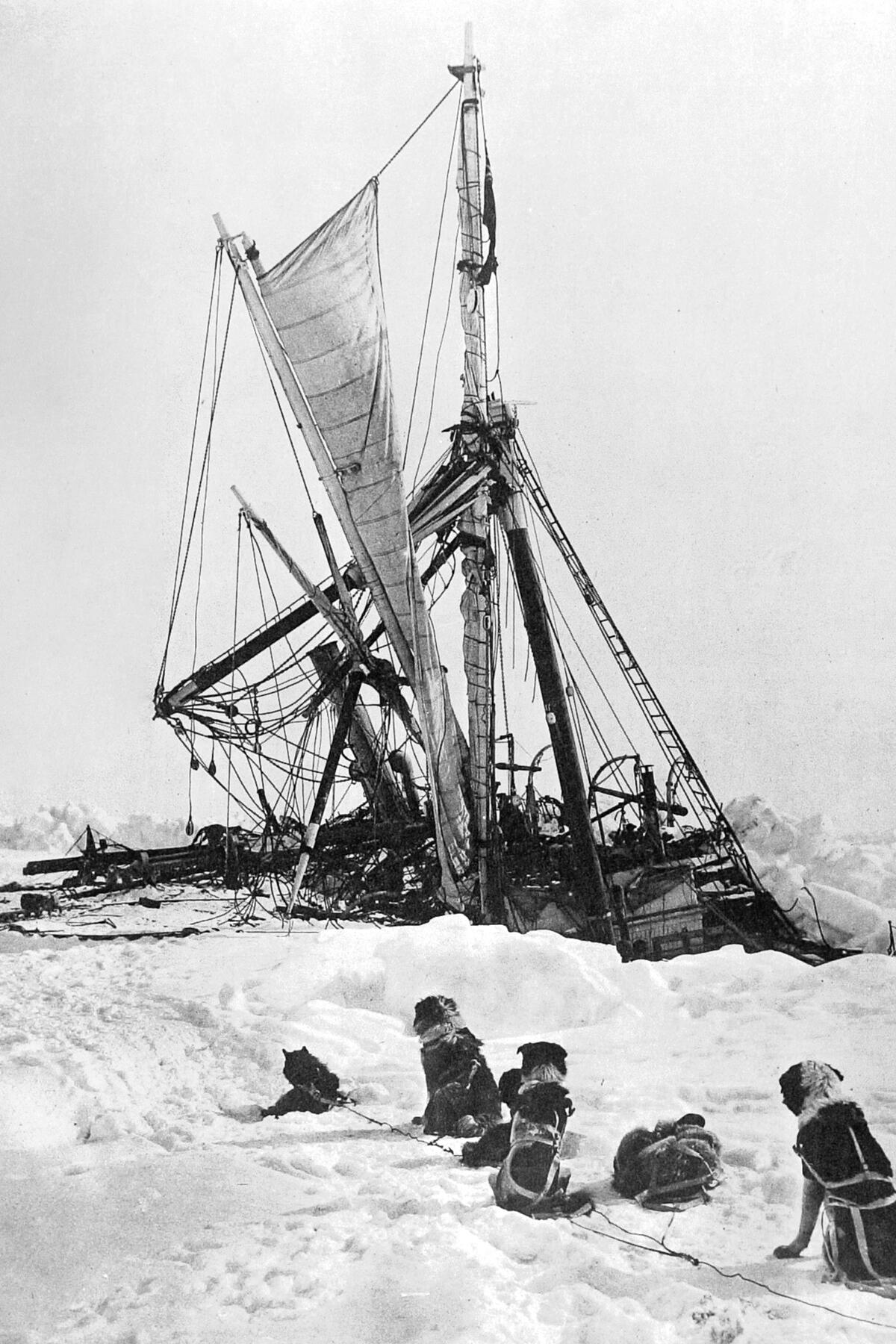 The Entire Crew of the Endurance Expedition

It was meant to be the first land crossing of Antarctica, but the Imperial Trans-Antarctic Expedition, conceived of by explorer Ernest Shackleton, was cut short when their ship, the Endurance, became trapped in an ice floe. Months later, the breaking up of the ice only worsened the ship’s condition. Shackleton ordered that the crew abandon the ship and make camp on the ice, and a month later the Endurance disappeared beneath the water completely. The crew made a treacherous journey across the open water to Elephant Island. The island, however, was remote—even by Antarctic standards—meaning it was basically impossible for a passing ship to discover them. Shackleton and five other men set out in a 20-foot lifeboat for the island of South Georgia with the intent of sending rescue back for the remaining men. Miraculously, after an incredibly perilous journey that included riding out hurricane-force winds and trekking 32 miles across dangerous terrain, they did exactly that. After surviving on the desolate island for four and a half months, all 22 men were rescued (with Shackleton himself aboard one of the rescue boats, of course). 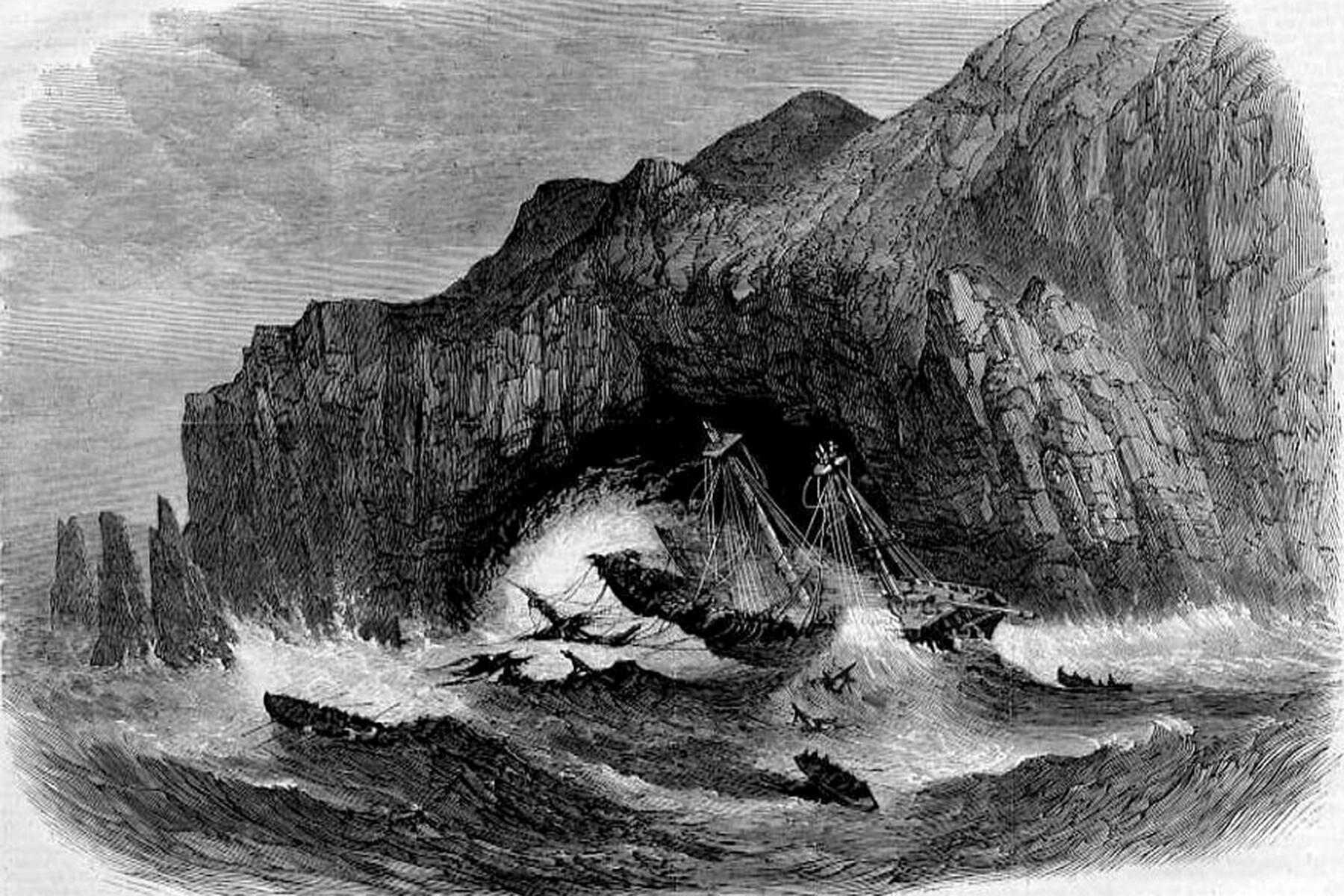 The Survivors of the General Grant

In 1866, the General Grant set sail from Melbourne en route to London. However, a little over two weeks into the voyage, the ship ran into cliffs on one of the Auckland Islands and then drifted into a cave where the mast slammed against the roof of the cave, driving a hole into the ship’s hull. Though there were boats that would have allowed for the passengers and crew to escape, the lack of a good place for a landing, rising swell, and the speed with which the ship was sinking made it incredibly difficult to get people off the ship. Of the 83 people on board, only 15 would make it off. The survivors made for Disappointment Island and then Port Ross. Four of the survivors attempted to reach New Zealand by setting off in one of the boats without any navigational equipment—they were never found. The remaining survivors moved to another one of the Auckland Islands where they survived until a passing ship that had seen their signals rescued them in November of 1867. 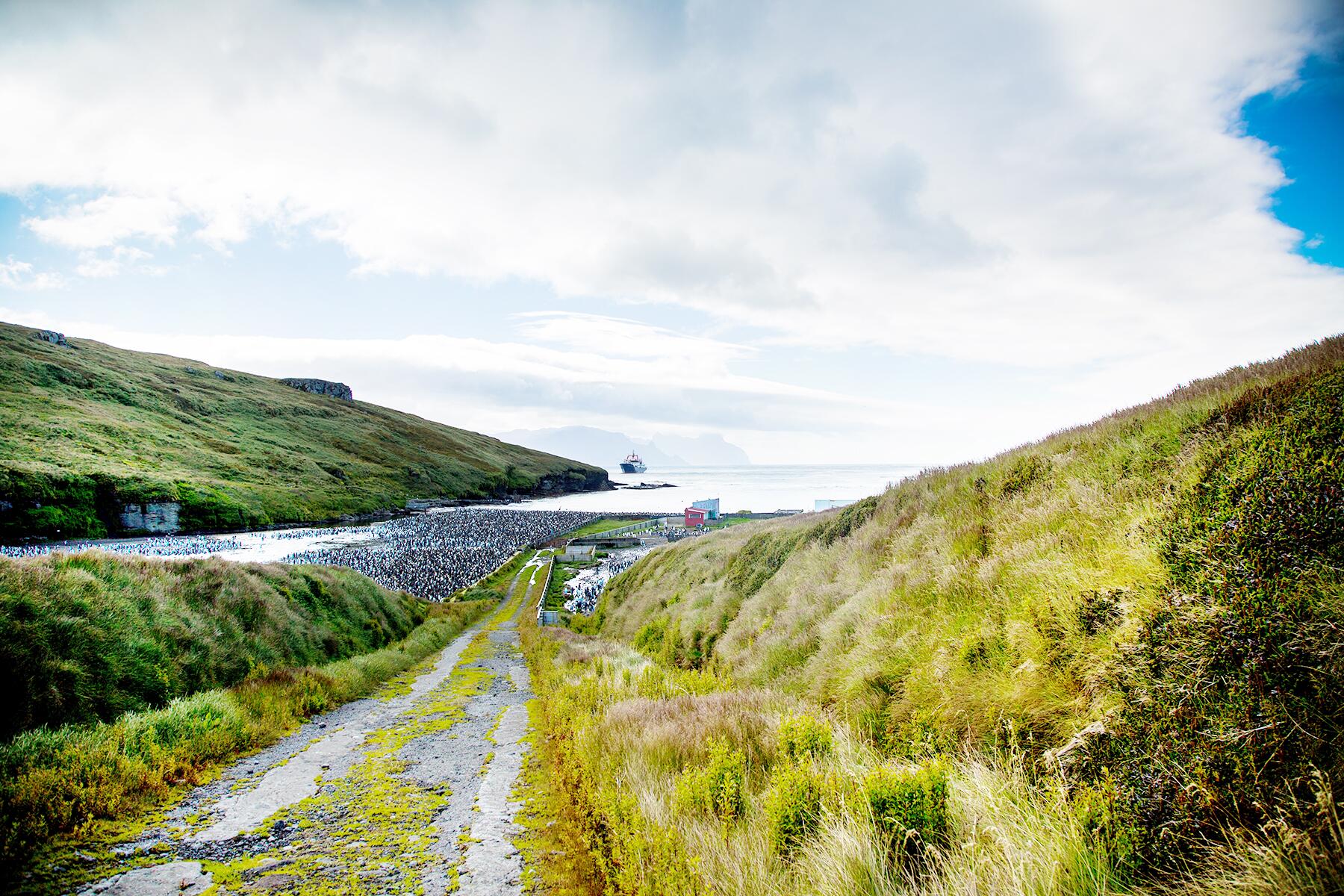 PHOTO: The Official CTBTO Photostream Follow(CC BY 2.0)/Flickr
9 OF 10

The Crew of the Princess of Wales 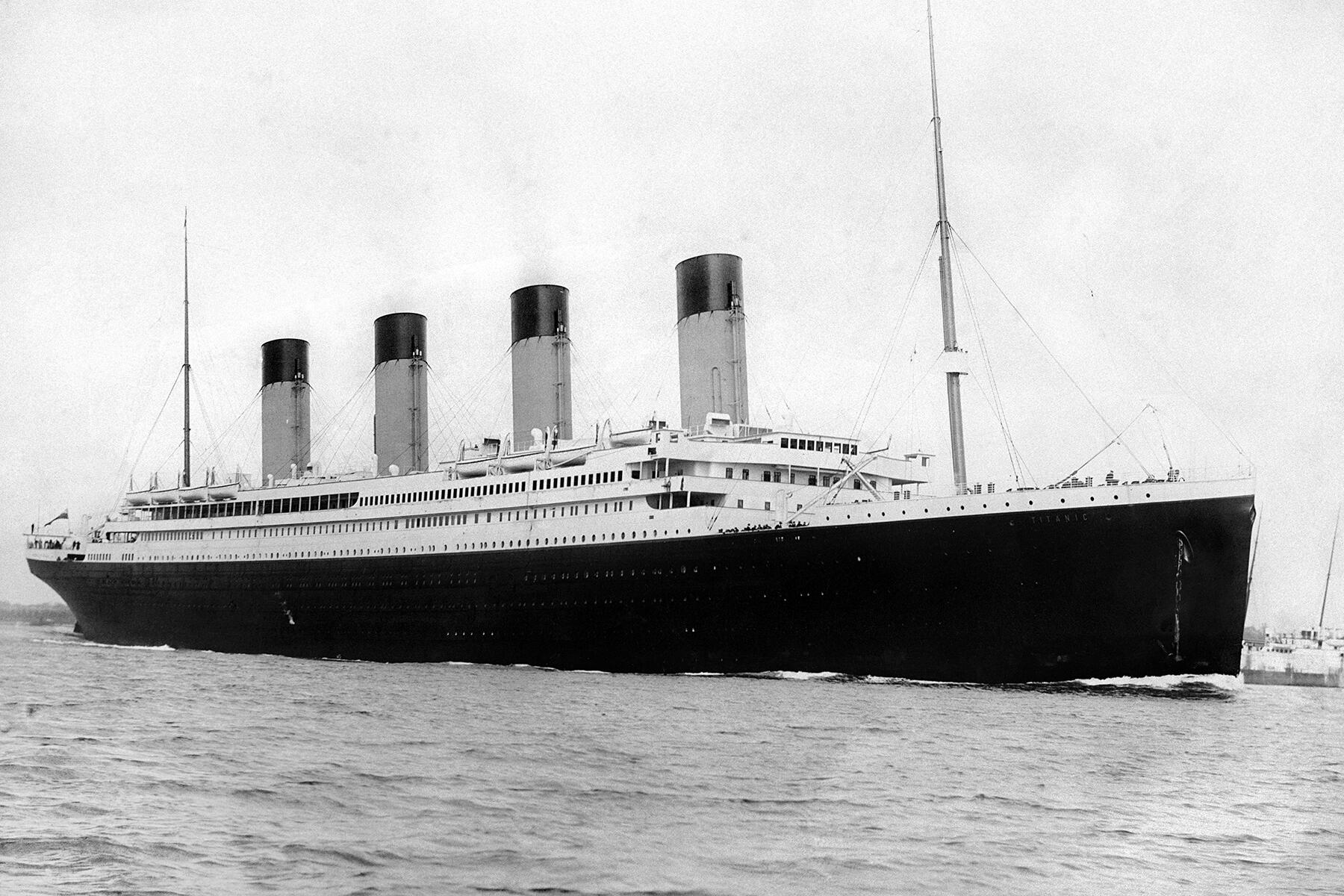 WHERE: Southampton, the North Atlantic, and the Aegean Sea

It’s one thing to survive the most notorious shipwreck of all time—let alone two more for good measure. In September 1911, Violet Jessop was working as a stewardess on the luxury ship the RMS Olympic when it collided with a British warship. Thankfully, the Olympic didn’t sink and everyone on board survived. But it turned out this was just a warm-up for what would come just half a year later. Jessop was once again working as a stewardess on a luxury liner. A magnificent ship that had been named the RMS Titanic. When the ship struck an iceberg on April 10, 1912, Jessop made it onto one of the lifeboats and was among the survivors rescued by the Carpathia. In 1916, she was working as a stewardess again, this time for the Red Cross on board the HMHS Britannic when the ship hit a mine and started to sink. Jessop survived by jumping out of her lifeboat when she saw that other boats were being drawn into the sinking ship’s propeller. Despite all this, she continued to work for various shipping lines throughout her life.