Ecuador’s famous archipelago isn’t the only place where you can experience unique wildlife and gorgeous beaches.

Ecuador’s Galápagos Islands are one of the world’s great wonders: an island archipelago teeming with distinct wildlife, unusual flora, and pristine beaches that are home to lazing sea lions and iguanas in shades of red, black, and green. But there are plenty of other islands that remain under-the-radar and less famous, but are also extremely biodiverse and remote. Check out these 10 unique spots. 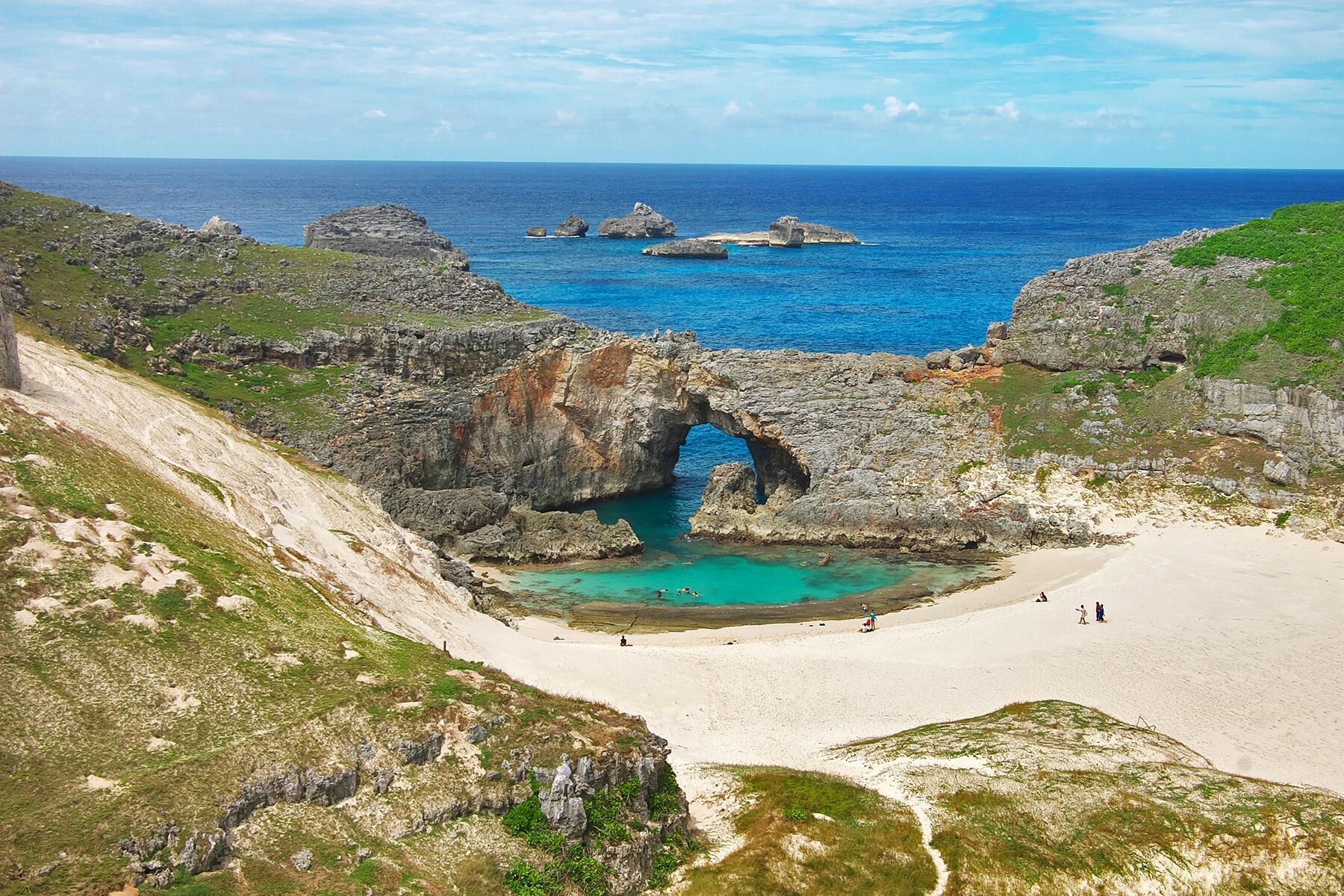 It takes a 24-hour ferry ride from Tokyo to reach this remote archipelago 620 miles south of Japan’s capital city, but you’ll be rewarded with unspoiled beaches, jungly hillsides, and a plethora of sea life that includes bottlenose dolphins and humpback whales. An elusive giant squid has even been spotted in the surrounding deep-sea waters. Only two of Ogasawara’s more than 30 volcanic islands are inhabited—Chichijima, the archipelago’s largest, and Hahajima, known for its Mt. Chibusayama, the islands’ tallest peak—but opportunities for snorkeling, trekking, and sea kayaking abound. 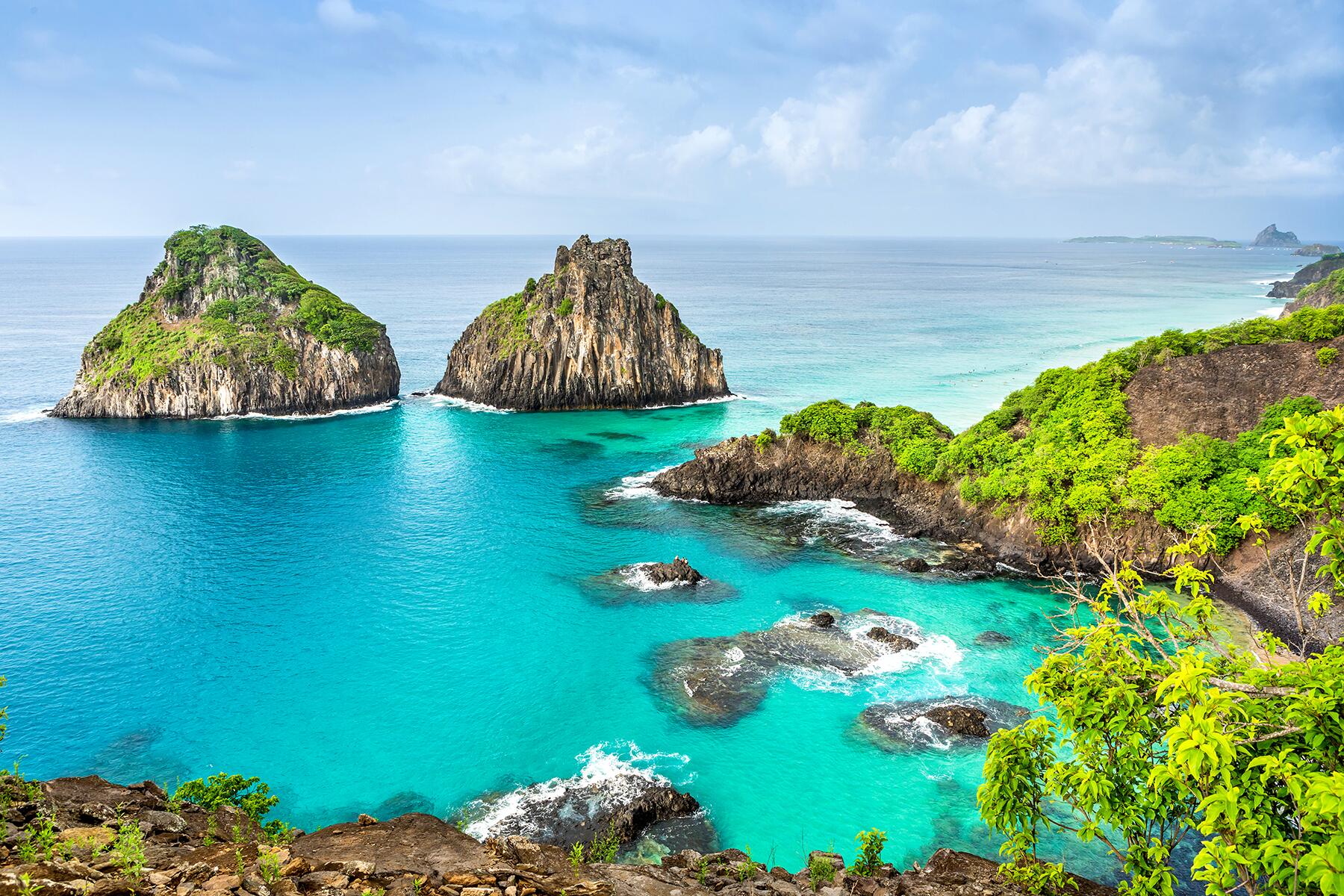 Situated about 217 miles off of Brazil’s northeast coast you’ll this stunning archipelago of 21 islands and islets perched among crystal clear waters filled with hundreds of fish species—including lemon, nurse, and Caribbean reef sharks, and a wealth of resident dolphins (more than anywhere else on the planet). Along with Brazil’s Atol das Rocas Reserves, the islands are home to the largest concentration of tropical seabirds in the Western Atlantic, and together they’re UNESCO-listed. Fernando de Noronha lures visitors willing to pay extra to enjoy its pristine beaches like Baia do Sancho, a protected cliff-lined cove accessible via a series of ladders that’s part of the larger Fernando de Noronha Marine National Park. Keep your eyes peeled for red-footed and masked boobies and white terns. 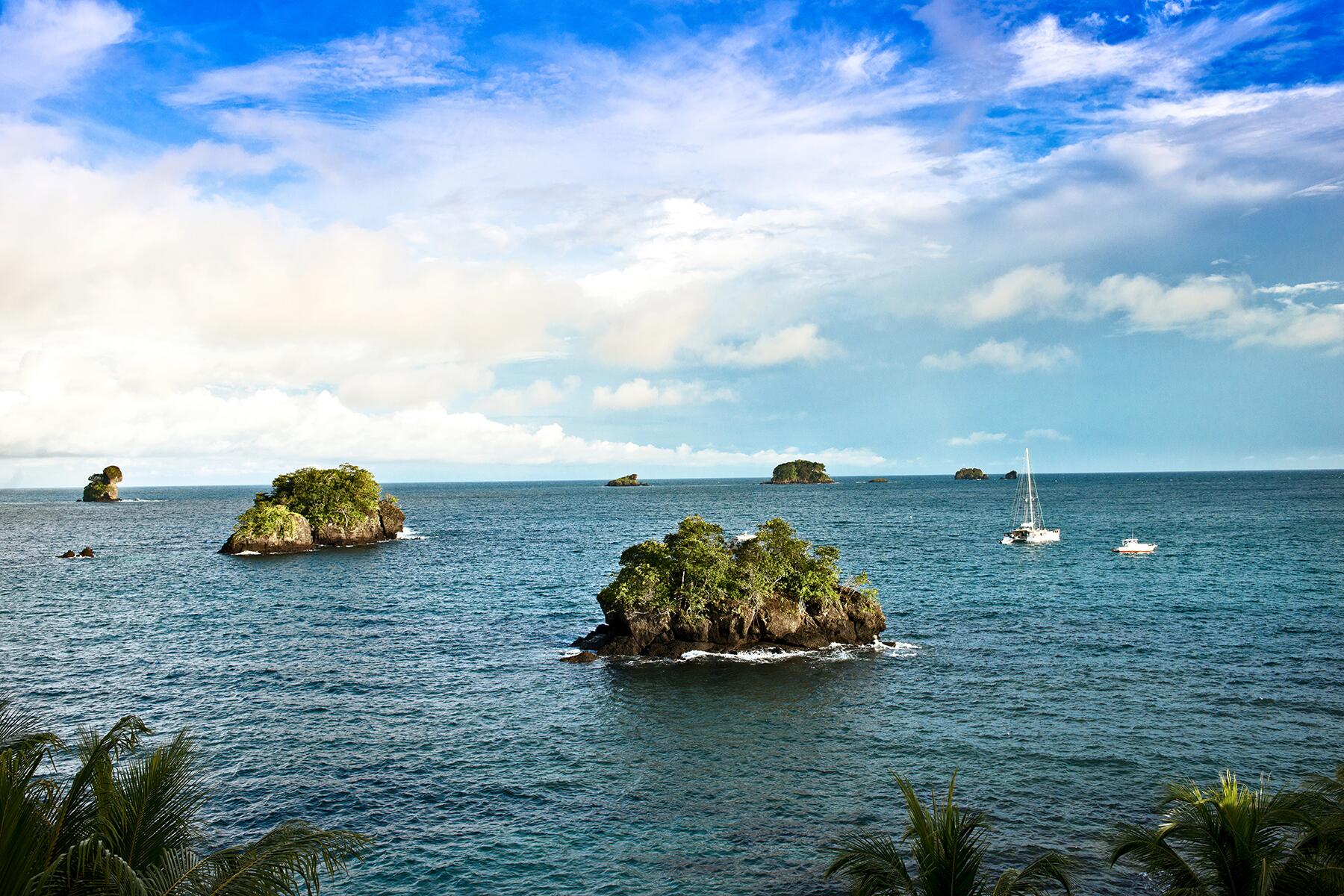 Approximately 250 (mostly uninhabited) islands and islets spanning more than 200 square miles, the Pearl Islands feel secluded and remote despite being only 30 miles off the coast of Panama. Most visitors stop at Contadora, the archipelago’s main resort island, but get away from the bustle and you’ll find nearly-deserted white sand beaches and islands like Chapera and Boyarena, with turquoise waters ripe for snorkeling. Sea turtles thrive here, and humpback whales migrate through the archipelago’s calm waters November through March, an ideal time to visit. The island’s rich biodiversity includes rainforests teeming with multi-colored parrots, green iguanas, and even the legendary blue-footed boobies. 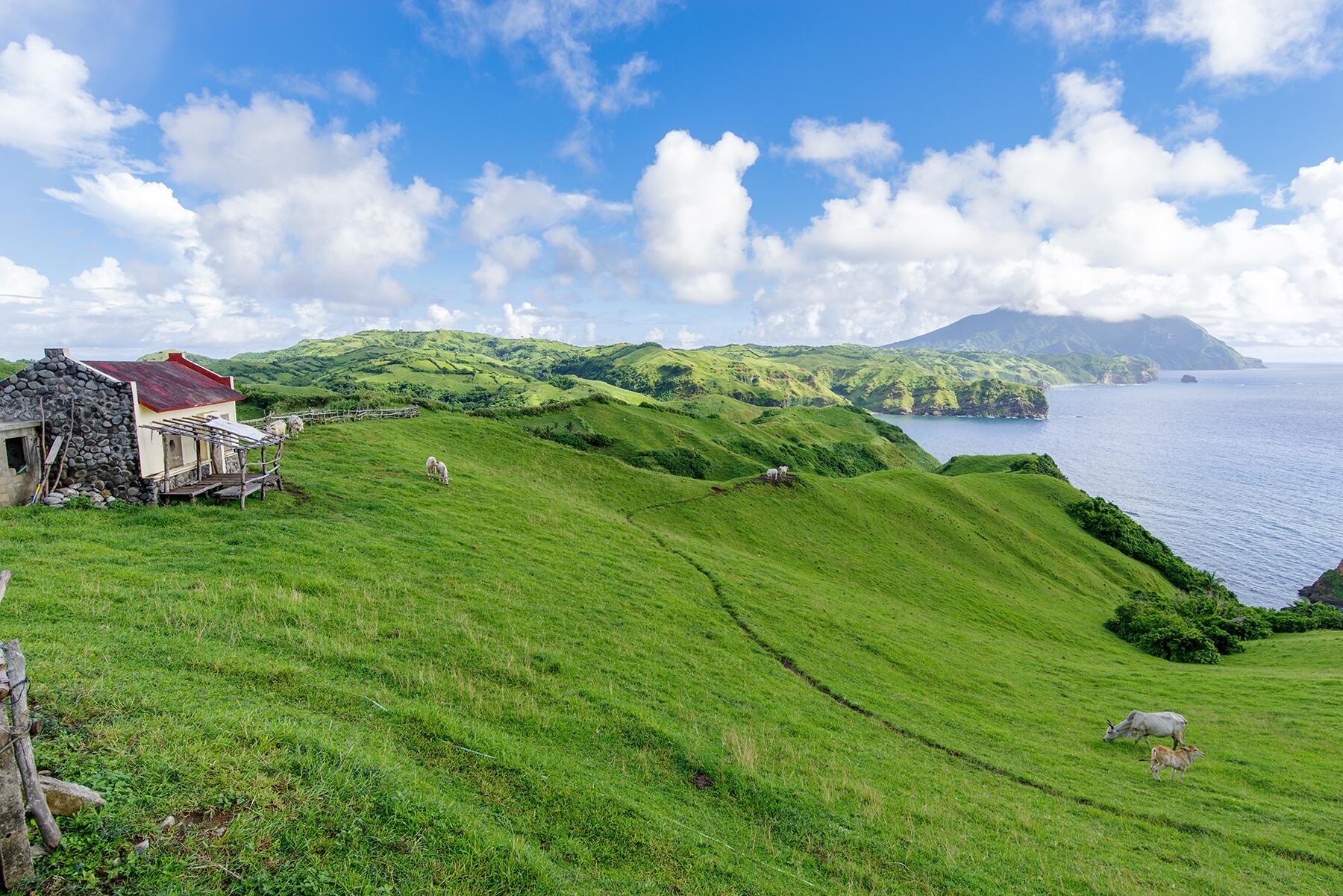 The Philippines are home to more than 7,000 islands, but it’s the Batanes Islands that are the most remote—a small archipelago of just 10 islands in the north, closer in distance to Taiwan than the Philippines’ main island of Luzon. Its far-off locale, one that sits in a major typhoon pathway, keeps the majority of both visitors residents at bay. It’s the least populated of all the Philippine provinces—in fact, only three of its islands are permanently inhabited: Batan, Sabtang, and Itbayat. This means if and when you visit, you’ll have the archipelago’s soaring cliffs, verdant hillsides, traditional stone architecture, and free-roaming wild horses–all which have drawn comparisons to countries like New Zealand and Ireland–much to yourself. 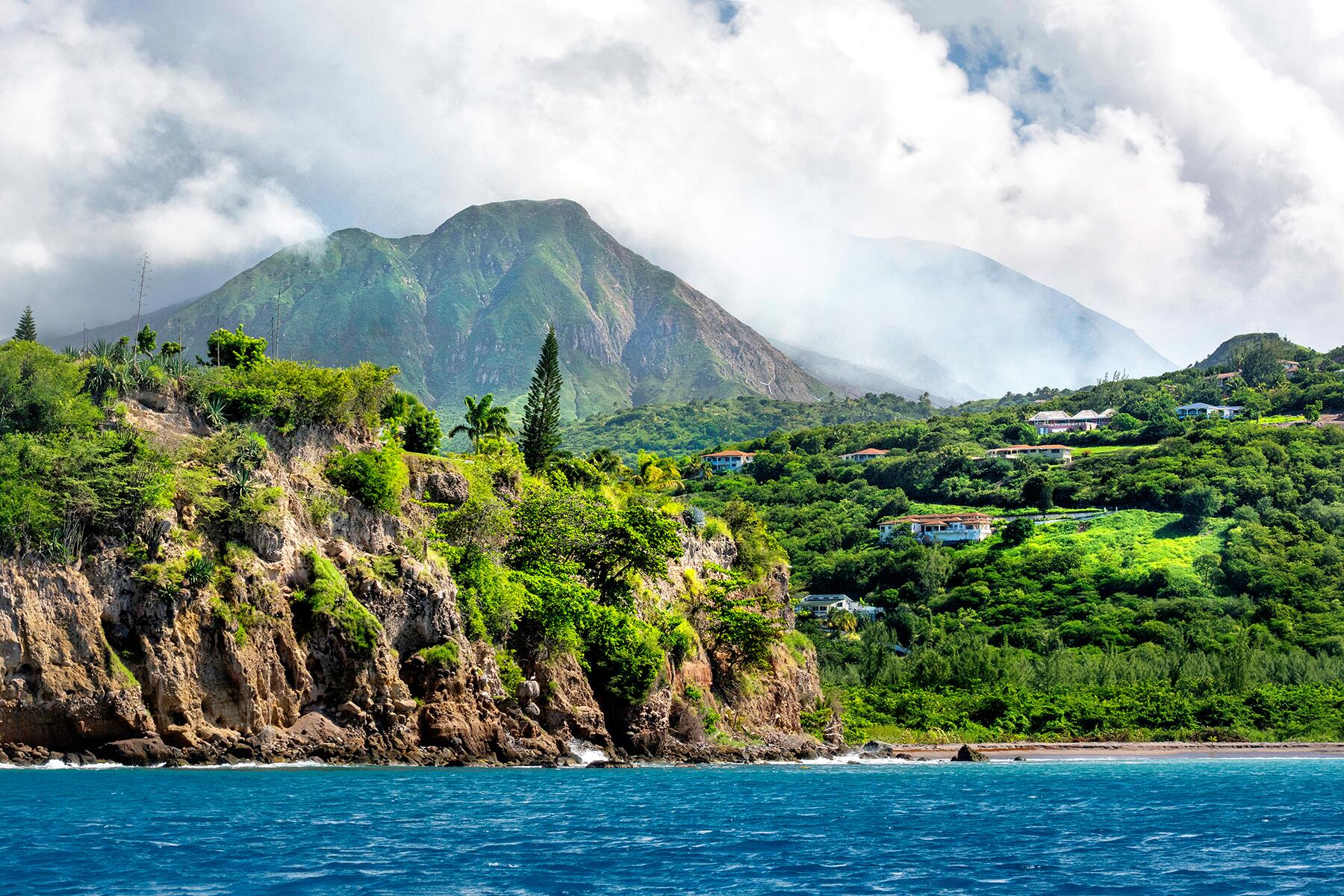 Located along the Caribbean’s Lesser Antilles chain, Montserrat is not as well-known as most of its island neighbors, in part because it’s whole southern half is now an exclusion zone. In 1995, Montserrat’s long-dormant volcano Soufrière Hills began erupting, driving out local residents and eventually burying most of its capital city, Plymouth. Still, its northern half remains an inviting landscape of mostly black-sand beaches, rugged cliff-sides where large green iguanas reside, and waters brimming with sea turtles. Montserrat’s Centre Hills are the island’s main hiking hub and where you’re most likely to spot endemic wildlife like the island’s national bird, the Montserrat Oriole, and giant ditch frogs, more locally known as “mountain chickens.” Jack Boy Hill provides the perfect perch for viewing the volcano and the damage its caused, including what remains of the island’s former airport. The island’s only white-sand beach, Rendevous, is also its most remote. 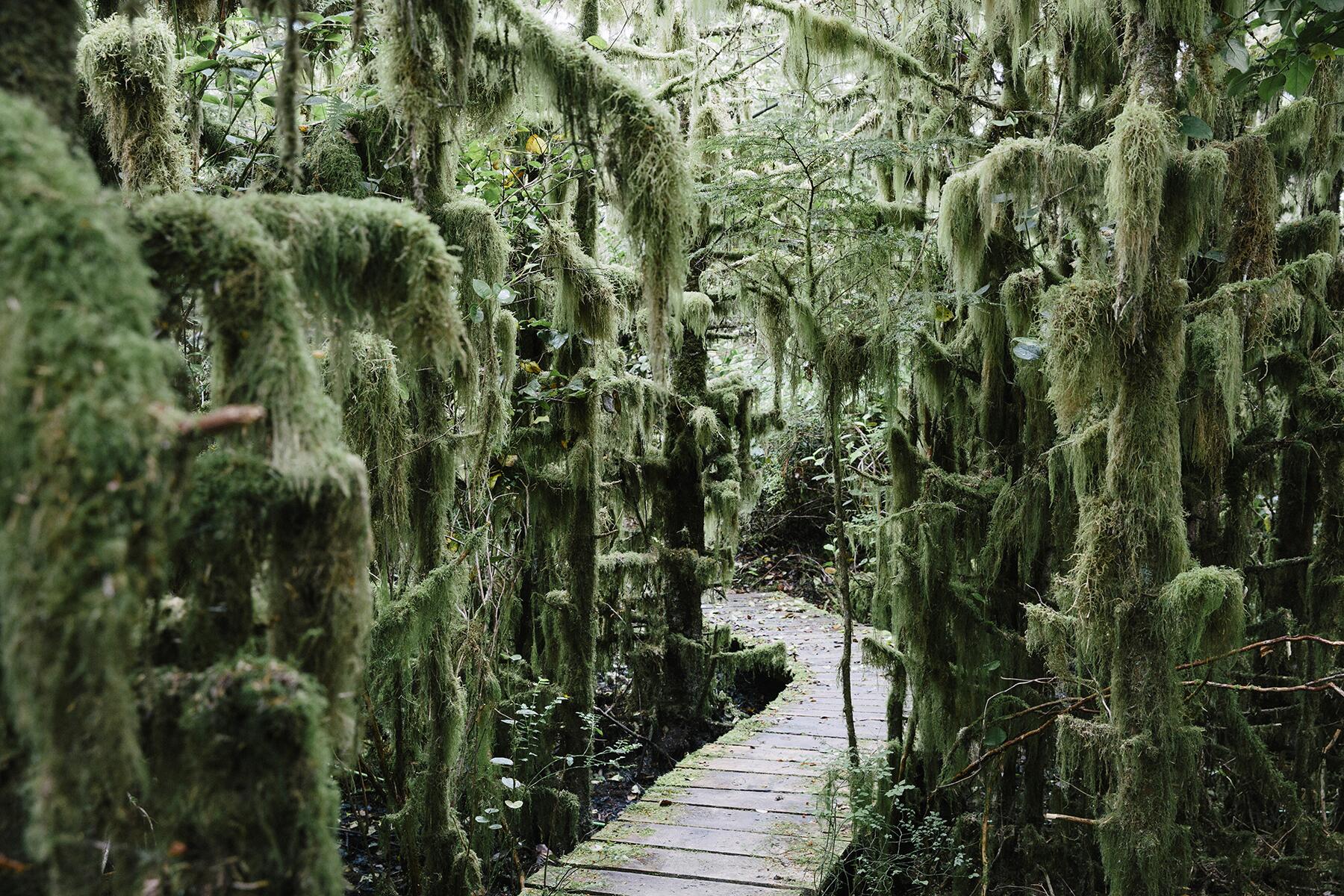 Formerly known as the Queen Charlotte Islands, Canada’s Haidi Gwaii consists of more than 150 islands off of British Columbia’s coast. Graham Island is the largest and most accessible of them, while Gwaii Haanas National Park Reserve and Haida Heritage Site—located on the archipelago’s southern islands—is more remote, and only reachable via sea or air. Once here, however, you’ll be treated to an amazing variety of flora and fauna, from ancient moss-covered forests filled with yellow cedar and shore pine trees to soaring bald eagles and peregrine falcons, not to mention the islands’ own subspecies of black bear—the Haida Gwaii black bear, distinguishable by its large eyes and cranium. Hundreds of thousands of seabirds like tufted puffins and fork-tailed storm petrels migrate through the area, and nearby ocean waters are overflowing with such sea-life as orca and minke whales, harbor seals, and Steller sea lions. The islands are the native home of Canada’s Haida people and boast hundreds of archaeological sites, including abandoned Haida villages. 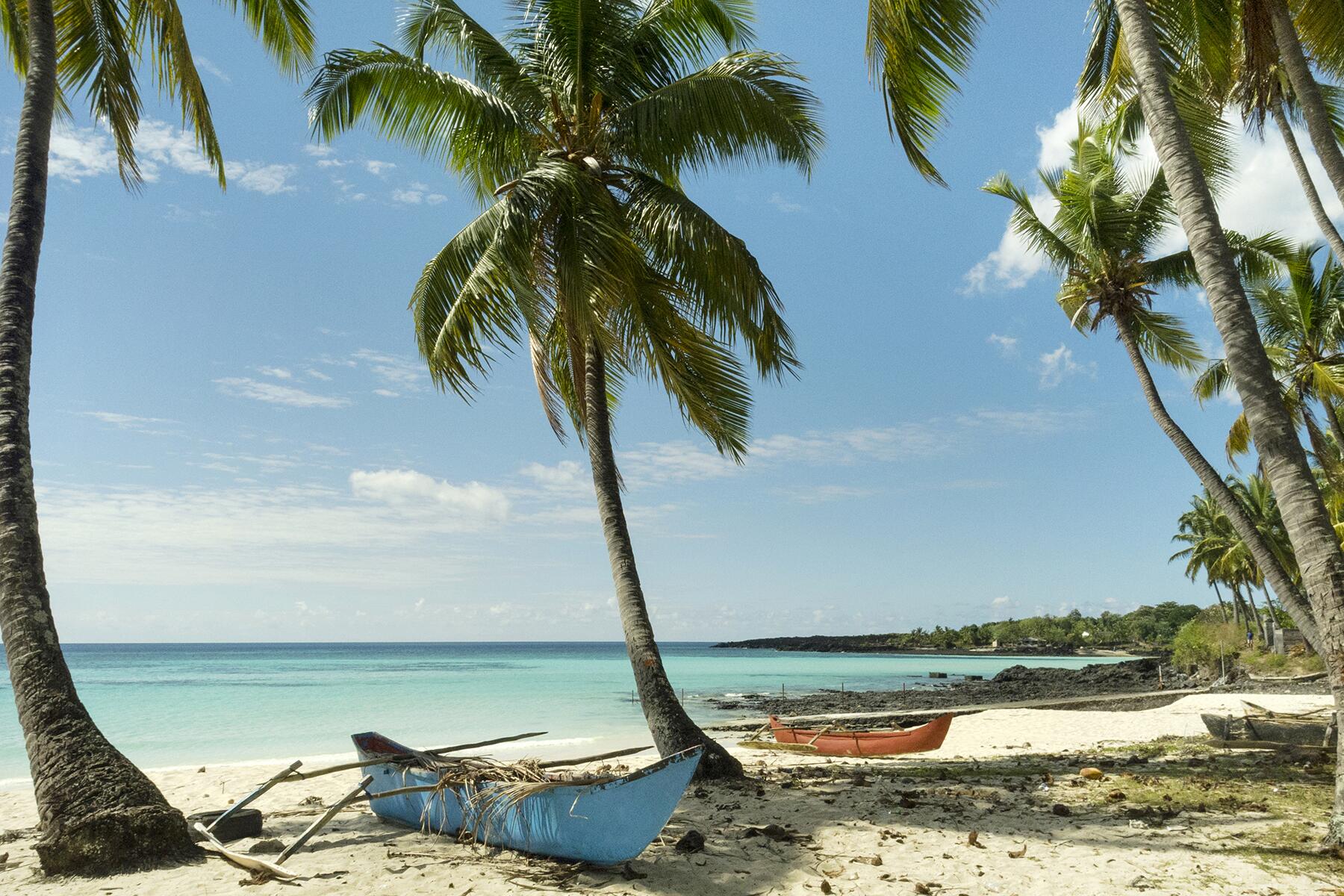 Somewhere between the mainland coast of Mozambique and the island of Madagascar lays this secluded group of volcanic islands. They include Ngazidja, Ndzuwani, and Mwali—the three main islands of the “Union of Comoros”—and Mayotte, which, despite being a French overseas department, has more in common with its Comoros neighbors than France. Nicknamed the “perfumed islands” for their scent-rich flora, including fragrant yang-ylang vines and aromatic cloves, the Comoros are known for their unspoiled beaches, nesting sea turtles, and unique wildlife such as common brown lemurs and endangered Livingstone fruit bats, which have a wingspan of nearly five feet. Mohéli is the smallest and least populated of the four, (though it’s also the one with the largest biodiversity), while Mayotte is home to one of the world’s largest lagoons, where you’ll find dugongs, humphead parrotfish, and more than 300 species of coral. 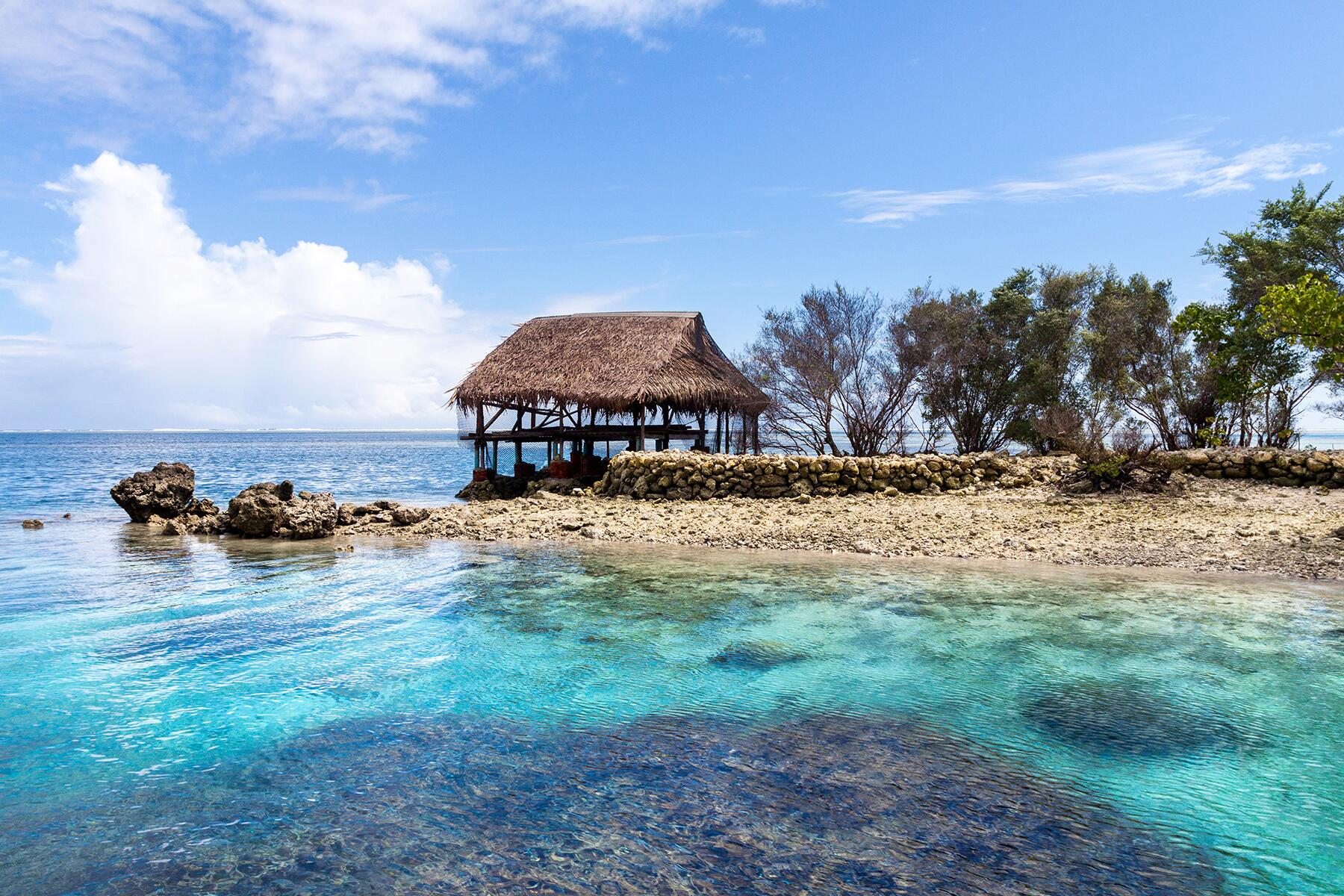 The Federated States of Micronesia

More than 600 islands spread across the western Pacific Ocean in a chain that’s approximately 1,678-miles long, the Federated States of Micronesia are a remote archipelago whose waters remain largely unexplored. The islands consist of four island states: Pohnpei, known for its stunning rainforests and waterfalls; Kosrae, home to a virgin reef and pristine waters; Chuuk, with its fantastic wreck diving; and Yap, where native culture abounds. Kosrae is the most undiscovered of the group; come here to wander among citrus trees and ancient mangrove forests, and discover a sea brimming with white tuna, schools of barracuda, and pristine coral reefs. 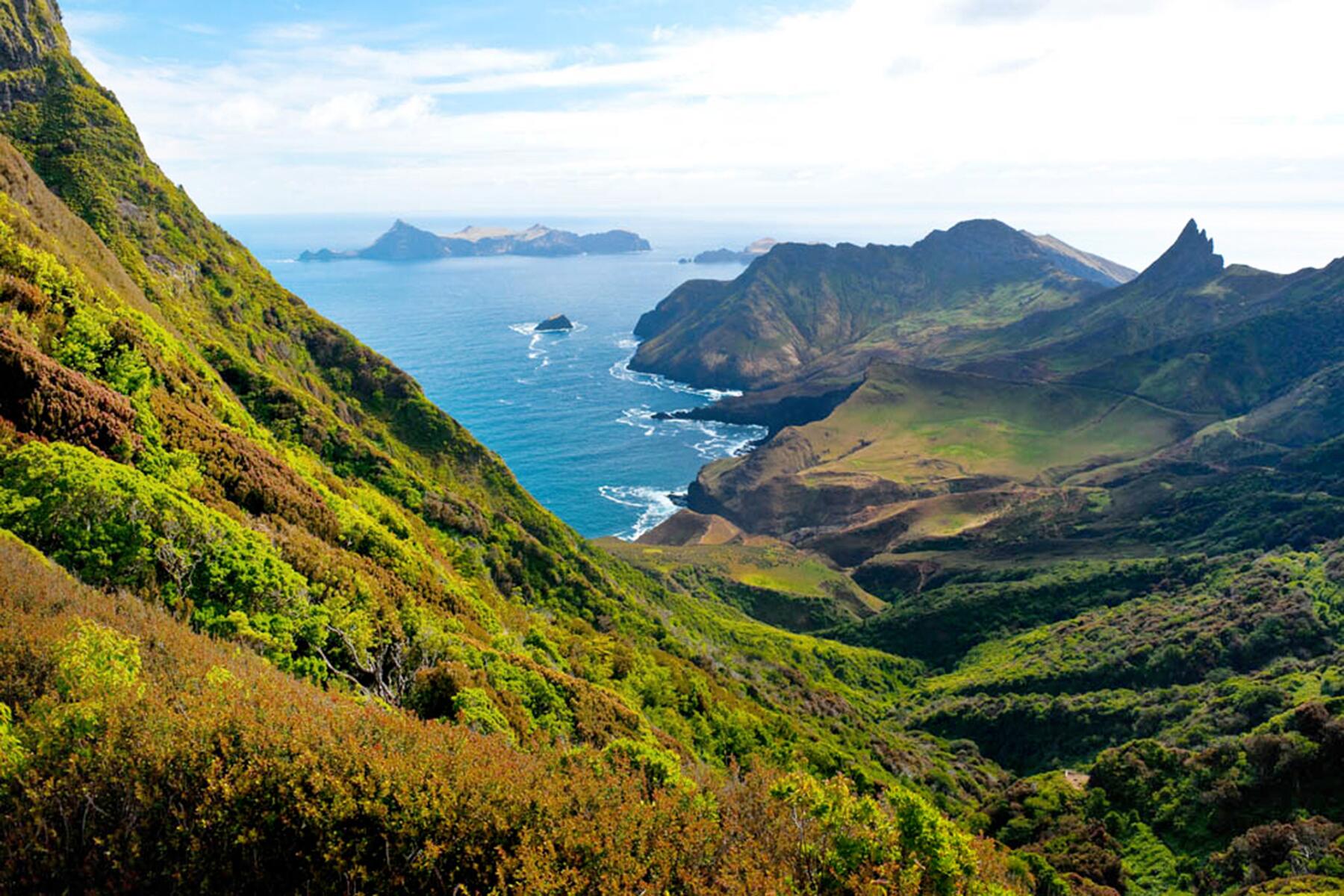 Some 400-plus miles off the coast of Chile’s famed Valparaíso port city is a volcanic archipelago believed to have inspired the legendary 18th-century novel, Robinson Crusoe. In fact, the archipelago’s largest island is named for the famed shipwrecked protagonist—but is better known these days for its Juan Fernández fur seals and spiny lobster, the main catch in San Juan Bautista—the islands’ main town. The entire archipelago is a UNESCO biosphere reserve and much of it’s a national park, with hikeable valleys, mountainous ridges, soaring coastal cliffs, and endemic-flora-filled forests, as well as towering 4,360-foot-tall Cerro de Los Inocentes—the Juan Fernández Islands’s tallest peak. 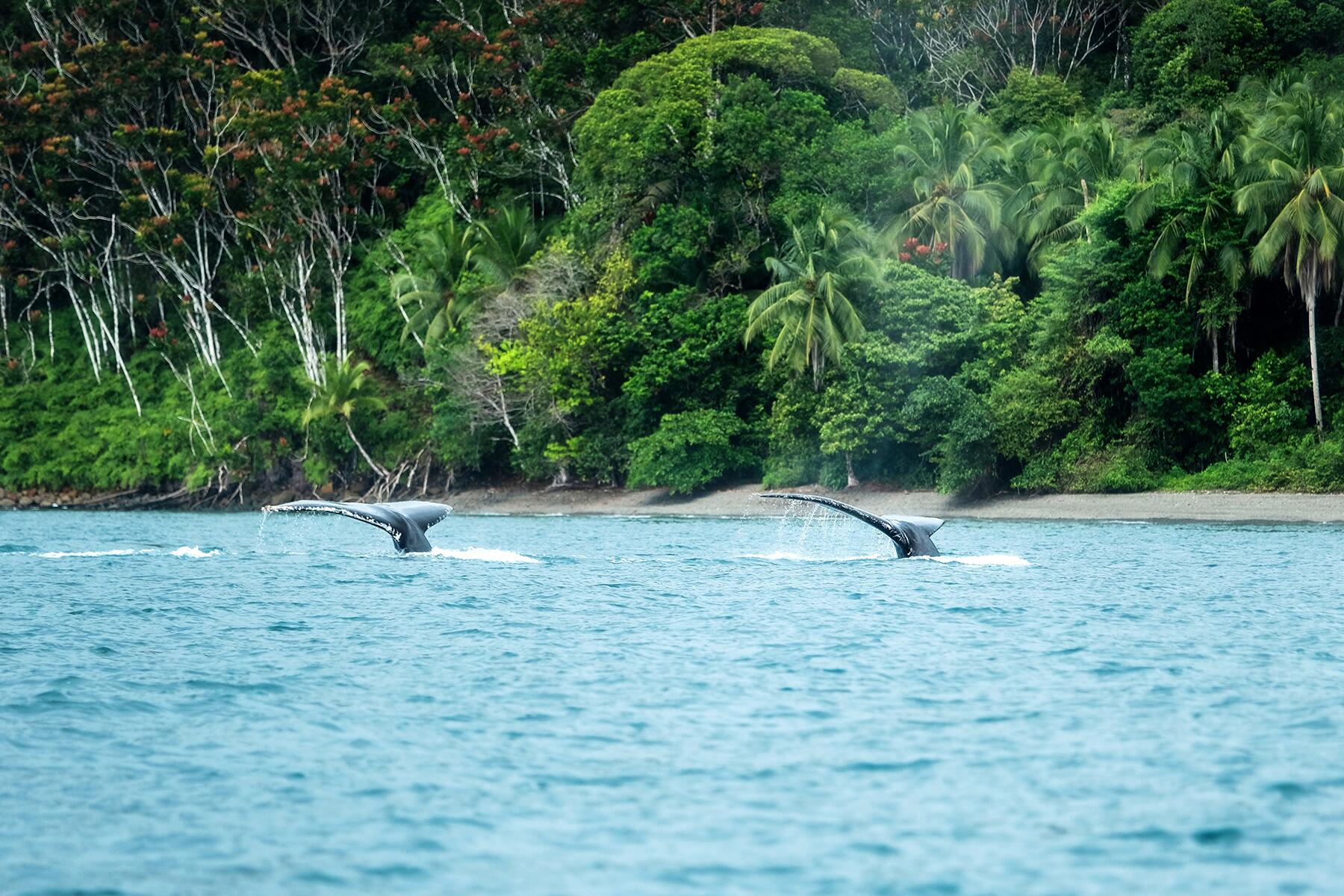 This isle that once housed a maximum-security prison is now a national park bursting with unique flora and fauna. Gorgona Island is located approximately 22 miles from the Colombian mainland but feels worlds away upon arrival. Dense tropical rainforest fills its center and is teeming with wildlife such as white-headed capuchin monkeys and slow-moving brown-throated sloths, as well as an abundance of snake species—including the venomous Bothrops asper—which means guided hiking is the norm. Gorgona is also home to the endemic blue anole, the only pure-blue lizard on the planet, as well as white sand beaches perfect for spotting hundreds of humpback whales that come to the island’s tropical waters for mating and calving July through October. Divers may also encounter hammerhead and whitetip reef sharks, whale sharks, and moray eels.