Setting plays a huge part in their work.

Some authors divide their time between the places that they have grown to cherish, while others are okay returning to those locales whenever they can. It could be the food, language, culture, climate, community, or pace of life. But for whatever reason, it simply feels like home. 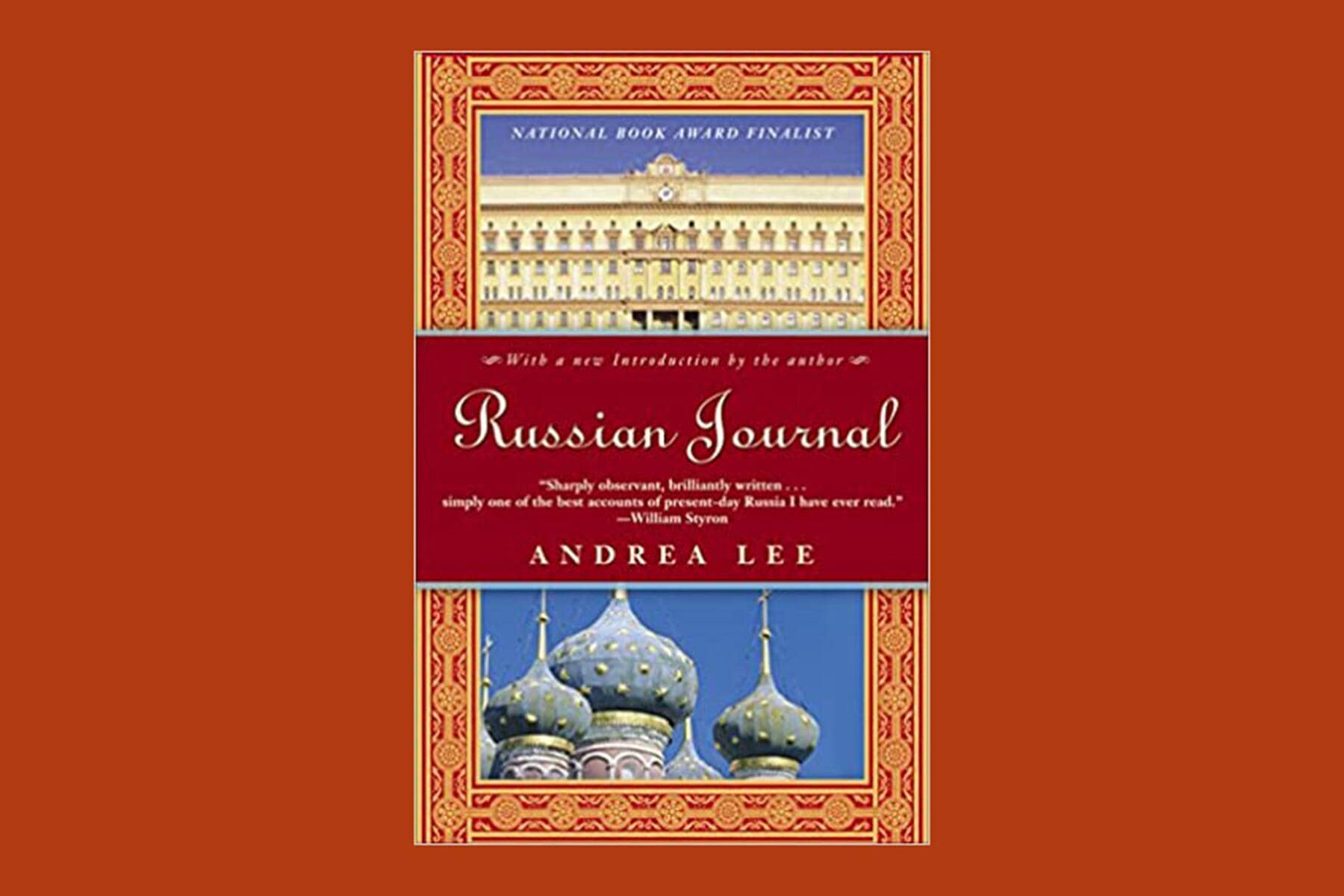 Born to middle-class parents in Philadelphia, Pennsylvania, the precocious Andrea Lee earned her bachelor’s and master’s degree from Harvard University. She then lived in Russia for a year (1978-79) with her first husband. She was so captivated by the people, literature, and culture that she published a vivid and poignant diary of her observations entitled  (1981), which was nominated for a National Book Award.

Now a staff writer for The New Yorker, Lee has broadened her travels considerably, and has written (among other books) Lost Hearts in Italy (2006) and Red Island House (2021), in which Shay, an adventurous Black American professor, marries an energetic Italian businessman and journeys to the beautiful African island of Madagascar, where Shay ominously says, “People do mysterious things when they think they have found paradise.”

Lee now lives in Turin, Italy, with her second husband. 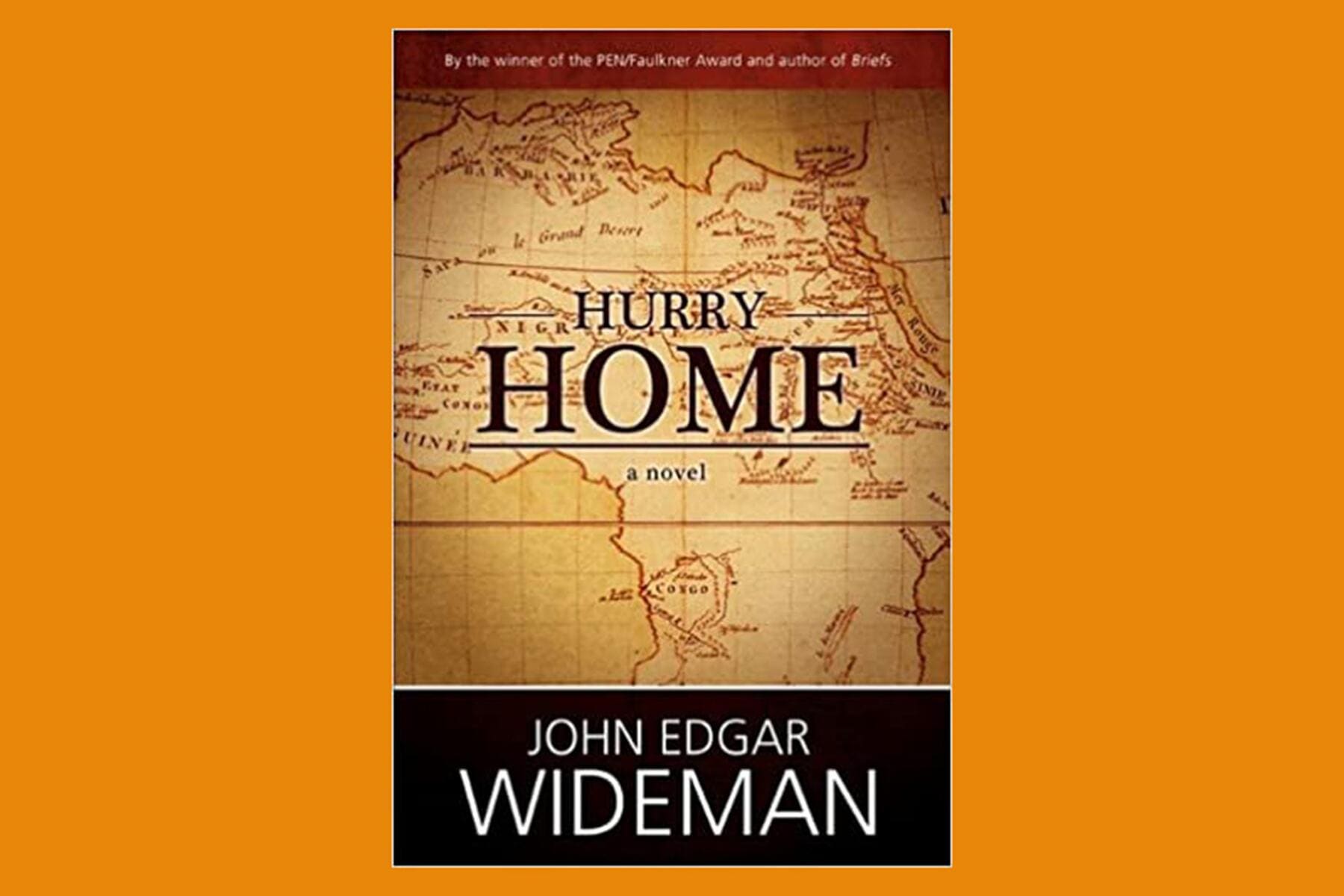 The prolific 80-year old author grew up in the notorious Homewood section of Pittsburgh. Yet Wideman managed not only to attend the University of Pennsylvania, but he also became the second African American to receive a prestigious Rhodes scholarship to Oxford University. Wideman has held several professorships, including at the University of Wyoming and Brown University, where he is now Professor Emeritus. After having married a French journalist, the author splits his time between New York City and France.

Though he’s published over 20 works of fiction and nonfiction, many find Wideman’s second novel, Hurry Home, to be the most captivating. In it, Cecil Braithwaite—a Black janitor who manages to earn a law degree—escapes from both a confining marriage and the feeling of alienation within his Black community by traveling to France and Spain. Wideman’s prose is by turns lyrical, streamlike, and evocative. Here is Braithewaite inside an old library: “[B]ooks and silent cubicles, alcoves stale with page dust and nervous, muffled breath as word kindled in dry heatless extinction.” 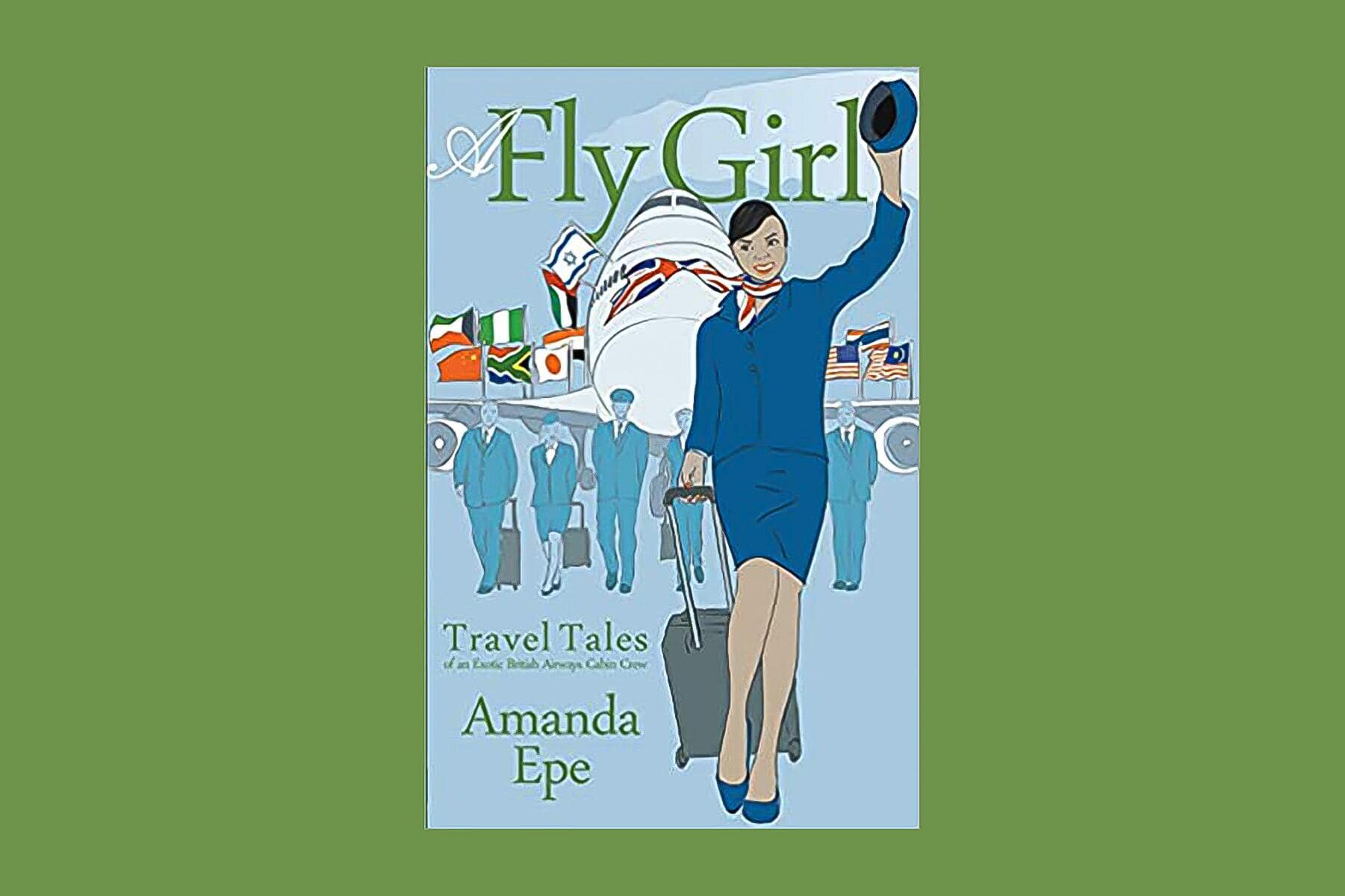 Born and raised in London to parents who immigrated from Ghana and Nigeria, Amanda Epe received a BA Honors and an MA in Education before becoming a British Airways flight attendant. She writes of that experience in her 2014 memoir, A Fly Girl: Travel Tales of an Exotic British Airways Cabin Crew.

Yes, the job had its highs and lows; and yes, Epe did occasionally experience inequity as a Black attendant—as well as issues with her self-esteem. But the book is largely a positive one, with Epe winningly detailing her adventures (and misadventures) in the U.K., Asia, the United States, and Africa. Epe particularly loves “sunny” Miami, with its wealth of food and entertainment options. 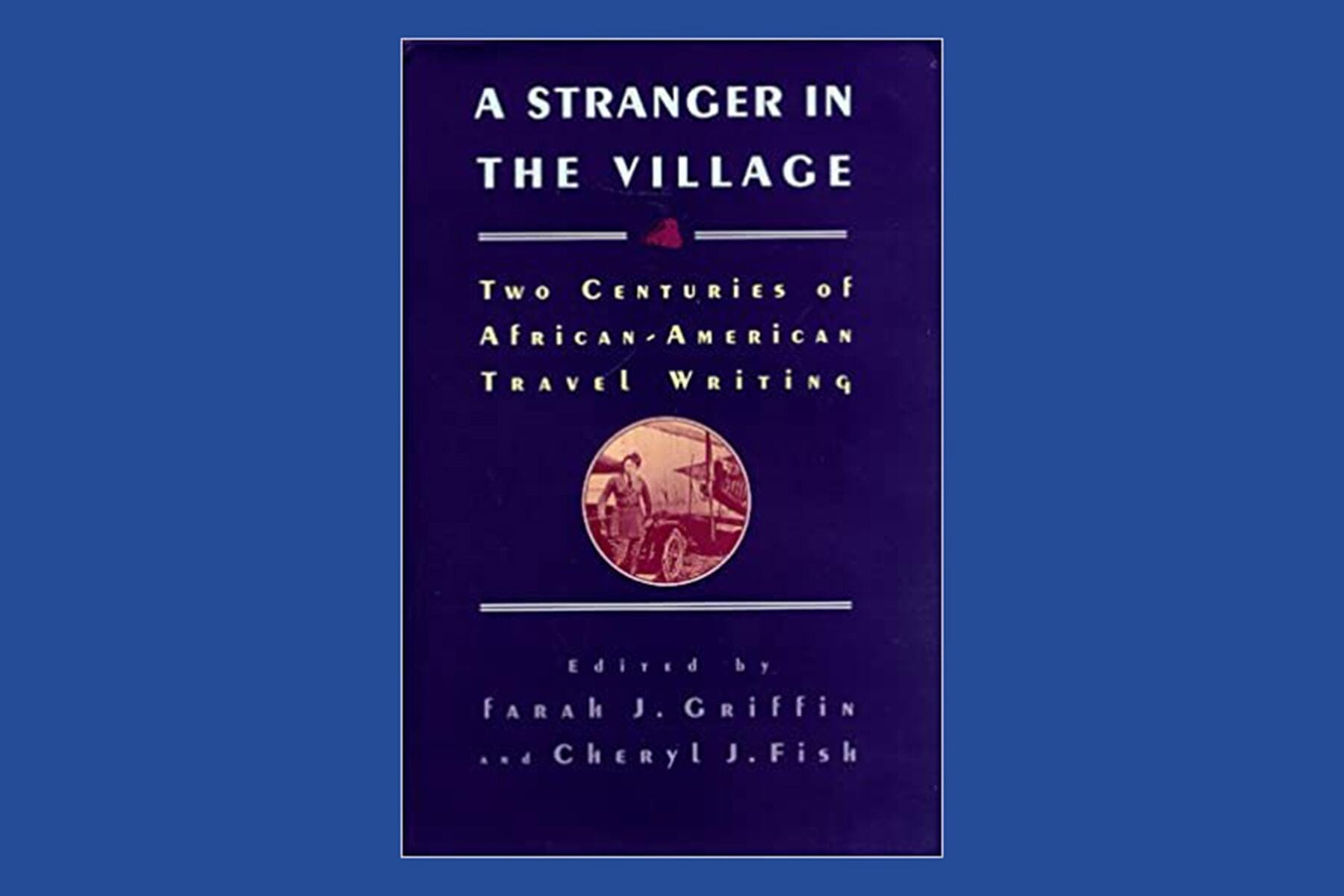 In addition to being the Chair at the Department of African American and African Diaspora Studies at Columbia University, Farah Jl Griffin is the William B. Ransford Professor of English and Comparative Literature and African-American Studies at the university. She is also an author and editor of many publications, including the laudable A Stranger in the Village: Two Centuries of African-American Travel Writing.

The volume, which was co-edited by Cheryl J. Fish, has over 45 entries. Particularly engaging entries include stories by Matthew Perry (A Negro Explorer at the North Pole), Martin Luther King, Jr. (My Trip to the Land of Gandhi), June Jordan (Report from the Bahamas), Audre Lorde (Notes From a Trip to Russia), James Baldwin (Encounter on the Seine), and Colleen McElroy (No Stop Until Darwin). 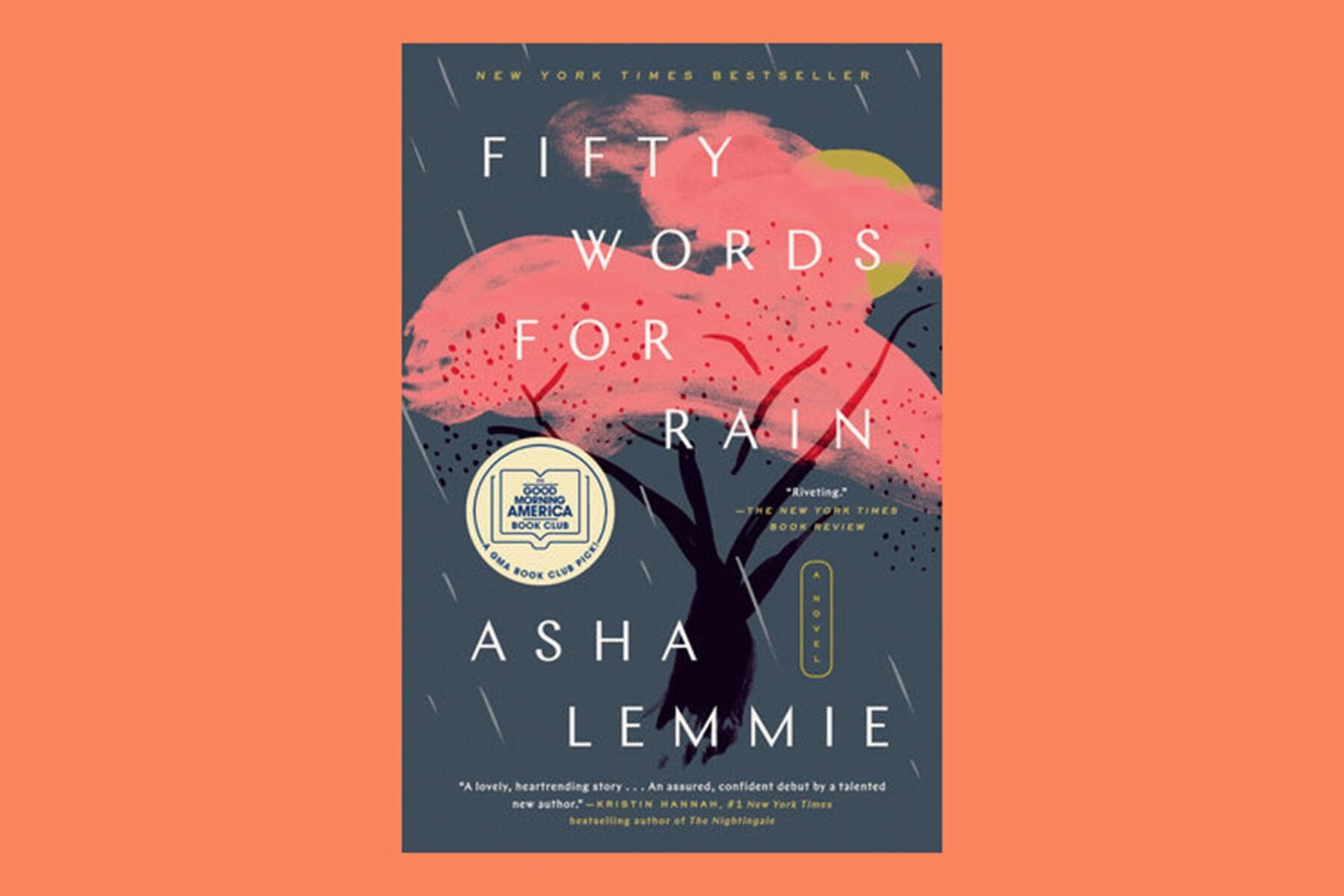 Following her graduation from Boston College with a degree in English Literature and Creative Writing, Asha Lemme moved to New York City and started working in publishing. She also feverishly began writing a book of historical fiction, which became the euphoniously titled Fifty Words for Rain.

This heart-tugging coming-of-age tale follows the life of Noriko, a biracial girl growing up in Japan after WWII. As the illegitimate daughter of a Japanese aristocrat and an African American, she’s largely confined to her grandparents’ imperial estate and treated harshly because of her race. The book can be bleak, but it also points to the power of love, resilience, and transformation.

Lemme is enjoying the fruits of her creative labor—dividing her time among New York, London, and Kyoto. 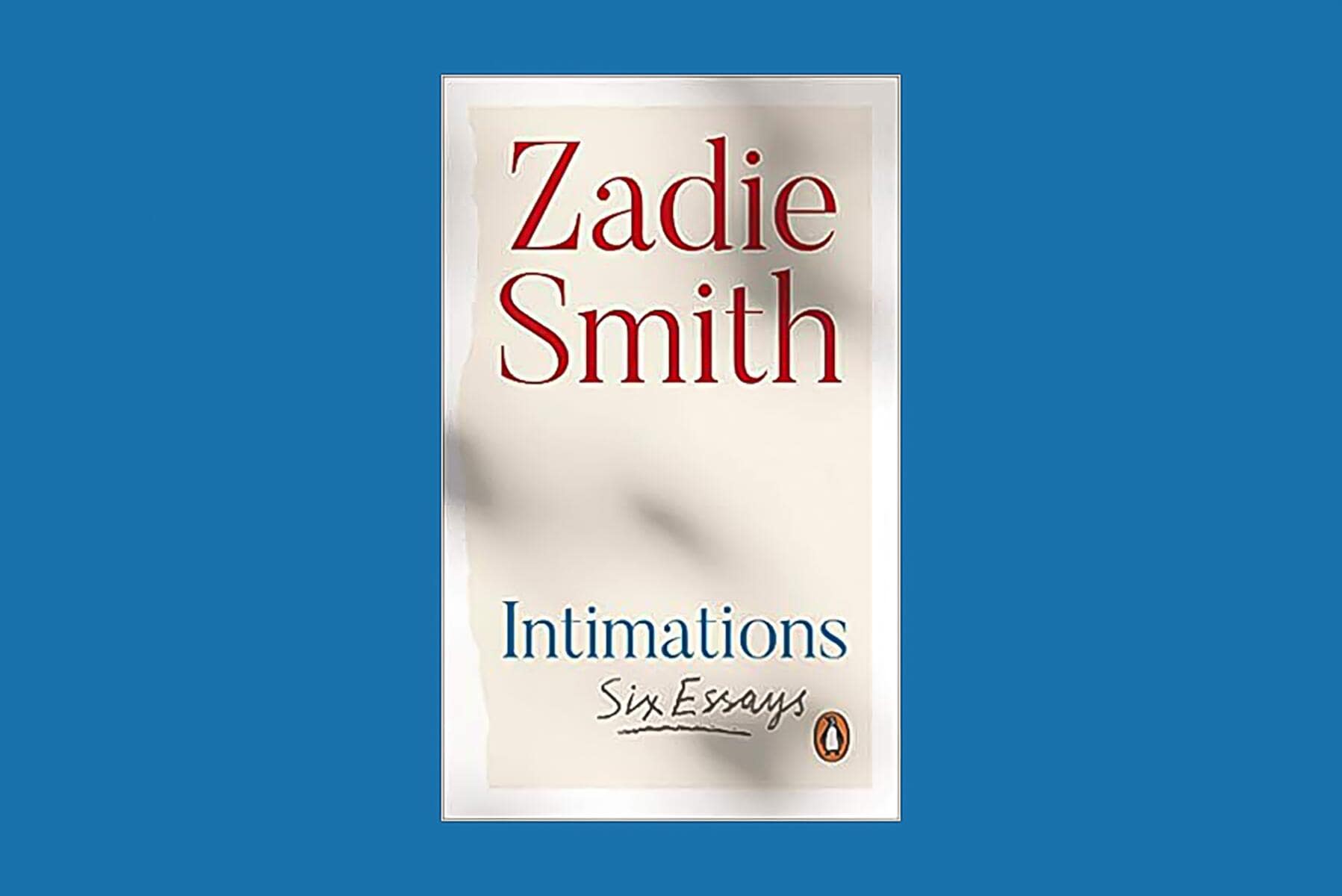 Zadie Smith is an English novelist, essayist, and short-story writer. Since September 2010, she has been a tenured professor in Creative Writing at New York University.

In her novel Swing Time, Smith admirably crafts the lives of Tracey and Aimee, two brown girls from London who dream of becoming dancers. Tracey has the gift; Aimee does not. As their lives and the decades proceed, Tracey’s dancing flourishes, but she struggles with adulthood. Aimee, however, travels the world as the personal assistant to a famous singer. I won’t reveal anything more, except to say the story takes us from London to West Africa.

Smith’s essays are particularly insightful. In Intimations, she’s penned six long pieces that were written during the start of the pandemic. She keenly reflects on, among other things, loneliness, what it means to adjust to a new reality, the death of George Floyd, and the loss of community. 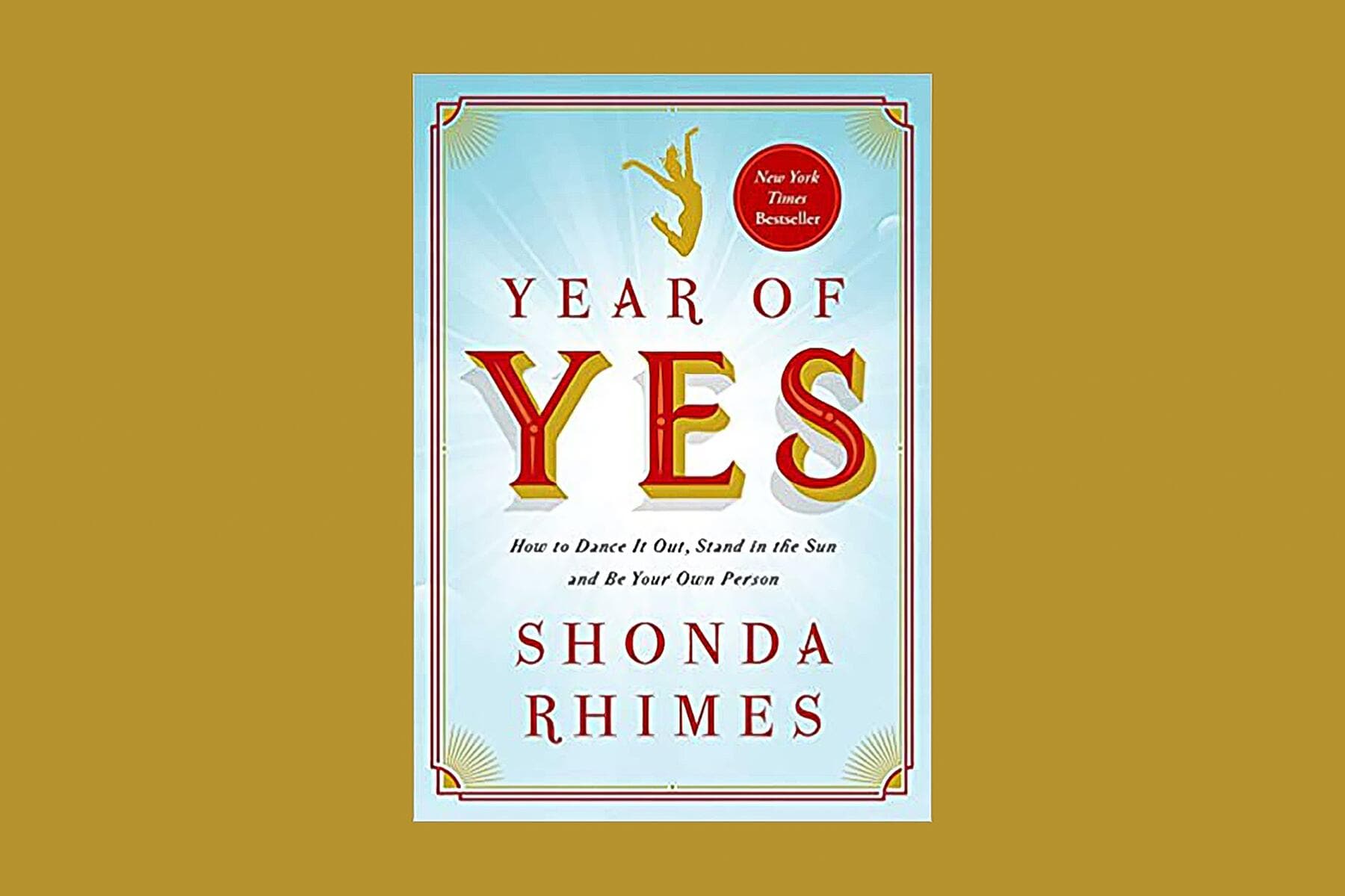 Shonda Rhimes is an immensely successful Chicago-born television screenwriter and producer. She is best known for being the creator, head writer, and executive producer of the medical drama Grey’s Anatomy, as well as its spinoff, Private Practice. And Bridgerton, her much-discussed London-based period series (with an interracial cast) debuted on Netflix in 2020.

Rhimes is also a memoirist and personal development author, having written Year of Yes: How to Dance It Out, Stand in Your Own Sun and Be Your Own Person. In addition to dispensing no-nonsense advice (“Ditch the dream. Be the doer.”), she buzzes about first-class trips to New York City, Martha’s Vineyard, and the Cal-a-Vie Health Spa in Vista, California. And on her Shondaland website, there’s the delightfully informative 18 Movies that Inspire the Love of Travel. Don’t miss it! A Haitian-American novelist and short-story writer, Edwidge Danticat‘s first work of fiction was Breath, Eyes, Memory. Published in 2003, it went on to become an international best-seller, as well as an Oprah’s Book Club selection.

But it’s the short-story collection, Everything Inside, that is her masterwork. In these eight expansive tales, her words resonate as we’re propelled to locales as varied as Miami, Brooklyn, Haiti, and an unnamed island in the Caribbean. In one story, lovers reconcile after a catastrophe. In another, a daughter meets her dying father for the first time. And in the final piece, a falling construction worker’s life is vividly and magically enlightened. Deservedly, the collection won the 2019 National Book Critics Award. 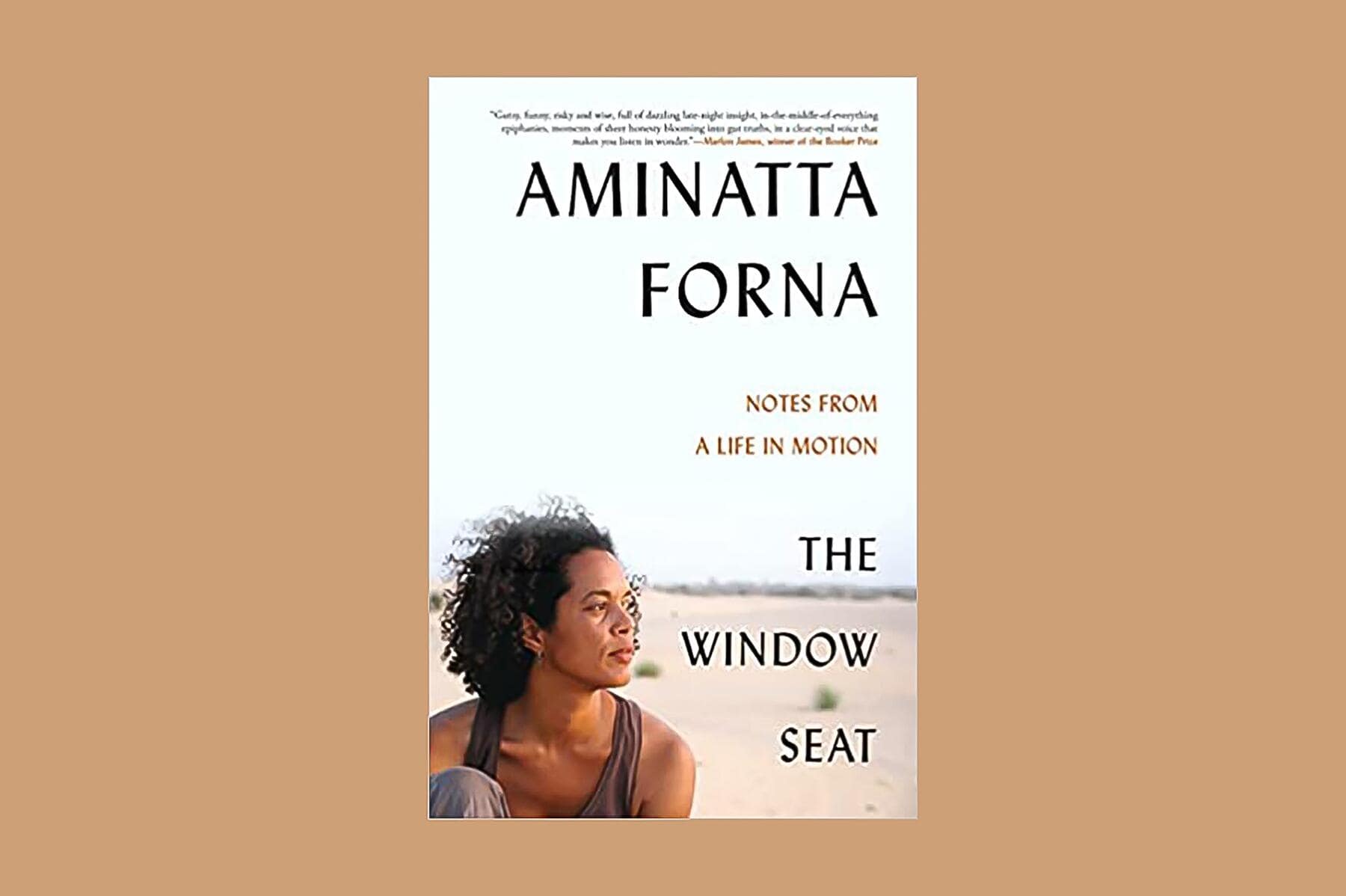 Born in Scotland and raised in Sierra Leone and Great Britain (as well as having passed childhood junctures in Iran, Thailand, and Zambia), the extraordinarily skilled Aminatta Forna truly has an amalgam of genetic and transnational roots. The author has written a half-dozen books, including the novel Happiness which engagingly explores the topics of love, happenstance, and marginalized communities, as two pedestrians collide at Waterloo Bridge in London.

In 2021, Forna published The Window Seat: Notes From a Life In Motion. This compassionate, perceptive compendium of 17 essays takes us from the UK and New Zealand to Sierra Leone and the U.S. Her love of animals is evident in several of the pieces. Particularly enjoyable are The Watch (about insomnia), Crossroads (she explores race in America from an African perspective), and Power Walking (which presents a nuanced examination of what it’s like to walk in the world in a Black woman’s body). 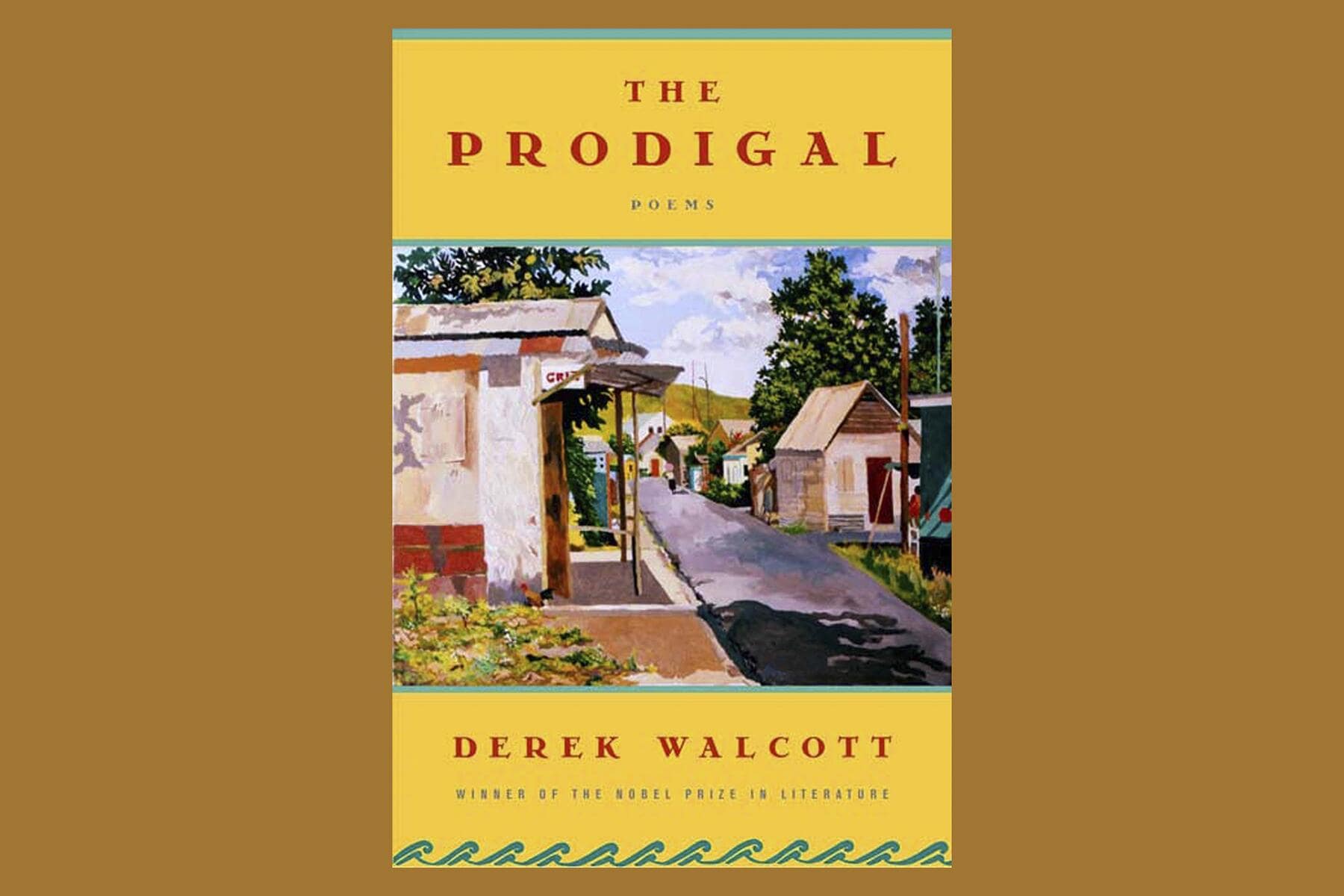 Born in Saint Lucia, the West Indies, in 1930, Derek Walcott became one of the most accomplished poets in the world. He wrote over 20 volumes of poetry, plays, and essays. In 1992, he received the Nobel Prize in Literature. He divided his time between living in the Caribbean and teaching primarily at Boston University. Walcott loved to travel. In The Arkansas Testament, he explores the Deep South, where we read such short, haunting lines as, “Dawn was fading the houses / to an even Confederate grey.”

Walcott particularly loved Europe and North America, which he radiantly captures in The Prodigal, a book-length poem in which he delves into the nature of identity and culture. Of Italy, he writes of the “Virgilian twilight on the hides of cattle / and the small turreted castles on the Tuscan slopes.” And of Zermatt, he pens, “I liked the precocious lamps in the evening. / I have never seen so much snow. It whitened night.”

Walcott died in March 2017, in his beloved Saint Lucia. He was 87 years old. He was loved and cared for over 30 years by his devoted German-born companion, Sigrid Nama.