What does it take to be the world’s capital of anything? Sometimes it’s simply a self-proclamation based on an age-old tradition, an abundance of amphibians, a shaggy beast sighting, or merely because no one out there was doing it. No matter how they came to become “capitals of the world,” here are some of the most authentic (if not downright weird). 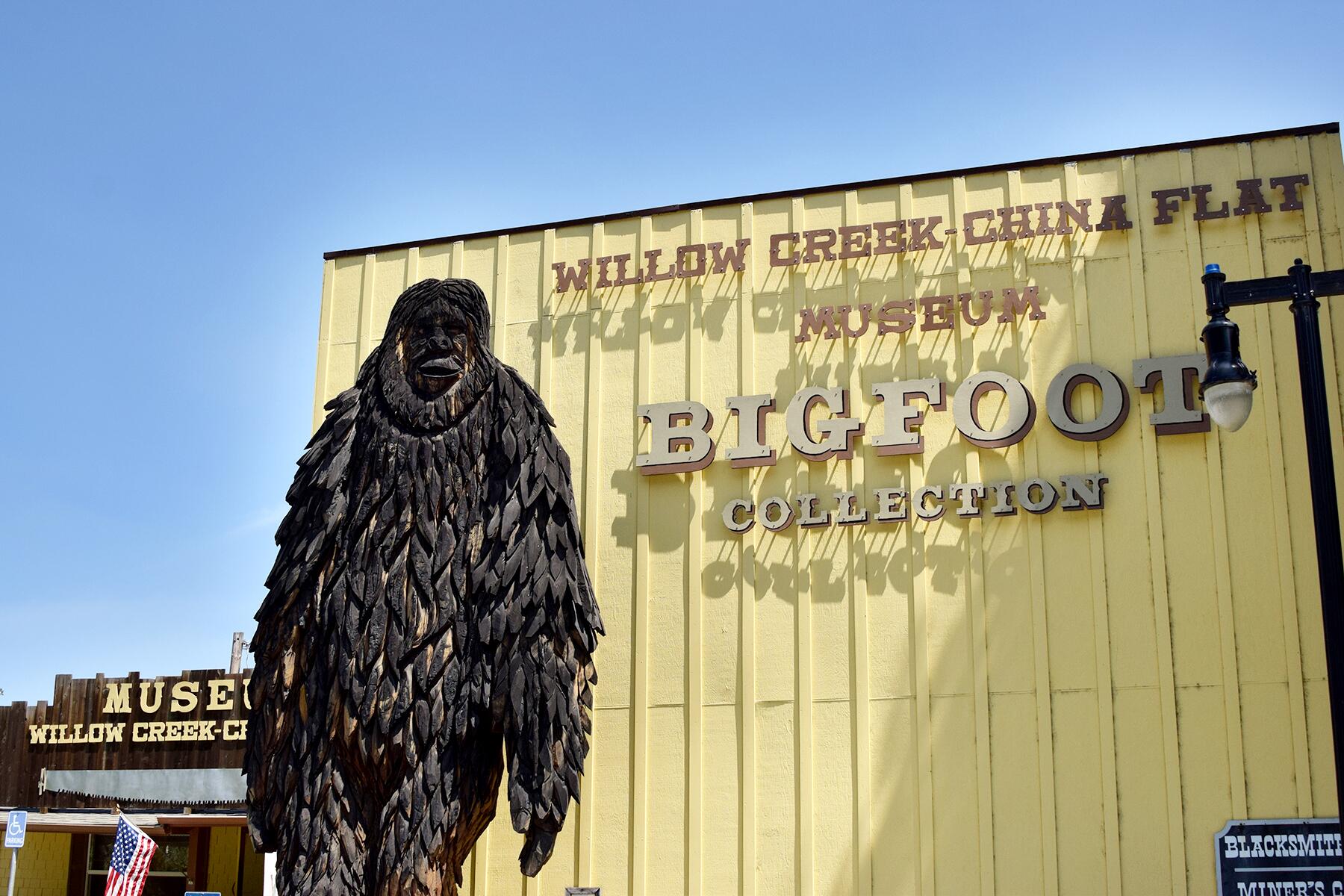 The Bigfoot Capital of the World

For years, locals whispered rumors of a wild shaggy beast wandering the forests of Northern California. And then in 1967, just 29 miles north of the quiet town of Willow Creek, the hairy hominid was captured on film. The news made national headlines, and ever since, hordes have flocked here in hopes of glimpsing Bigfoot—also known as Yeti, Sasquatch, and Skunk Ape. And even if they leave without capturing sight, they’re sated with a town that’s gone apey over the elusive creature—you can visit the extensive Bigfoot exhibit at Willow Creek China Flat Museum (including footprint casts, photos, and maps), stay in the Bigfoot Motel, eat a foot-shaped sandwich at Early Bird Burgers, and pose by multiple Bigfoot statues. To see it all in its over-the-top finest, the annual Bigfoot Daze Celebration takes place on the Saturday of Labor Day weekend, complete with a Bigfoot Calling Contest, when true believers of the biped come out en masse. 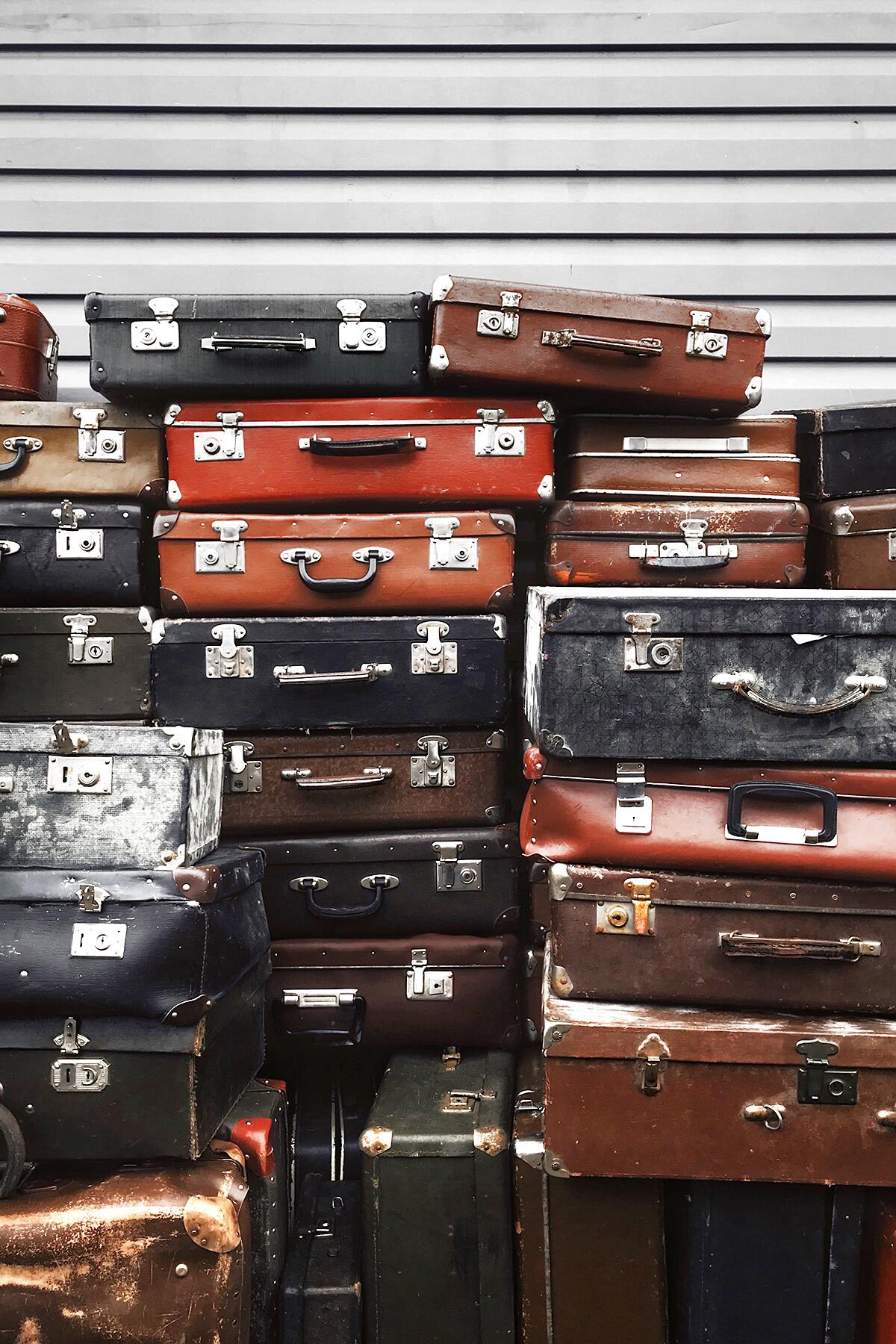 The Lost Luggage Capital of the World

What are the weirdest things that people pack in their suitcases? Find out—and even buy them—at the Unclaimed Baggage Center in Scottsboro, Alabama. That’s right. The Unclaimed Baggage Center buys lost luggage from airlines and sells the goods at rock-bottom prices—more than a million personal belongings, or 7,000 a day, end up here every year. The building takes up an entire city block and includes an espresso shop and a museum of unusual finds. Some of the oddest items that have been discovered include: a suitcase full of Egyptian artifacts (sold by Christie’s auction house), an 18th-century violin, and a 5.8-carat solitaire diamond ring tucked in a sock. But it’s also a good place to find low-priced clothing, cameras, computers, and wedding dresses. The one thing it doesn’t offer? Luggage, oddly enough. And no, if you’ve lost your suitcase, you probably won’t find it here.

Insider Tip There are now branches in Boaz, Alabama, and Decatur, Georgia. 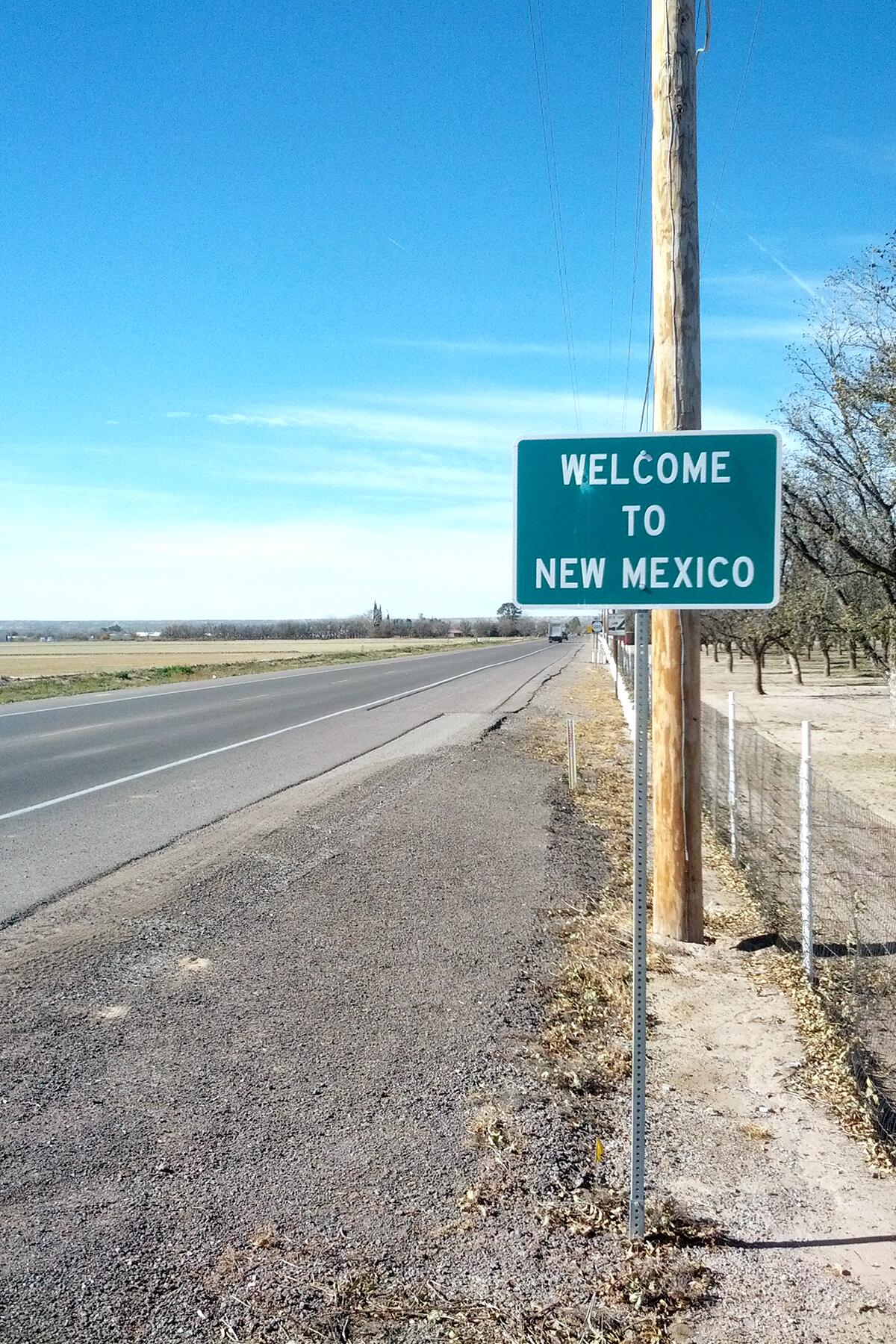 The Leap Year Capital of the World

Every four years, this little town straddling the New Mexico/Texas border holds a huge birthday party for leaplings (i.e., anyone born on February 29). Why here? Simply because no one else was doing it. In 1988 they declared that every four years they would hold the Worldwide Leap Year Birthday Club. So now, on every February 29, the world is invited to a four-day festival and parade in the world’s largest leapling birthday party. If you’re a leaper, you’ve found your peeps. 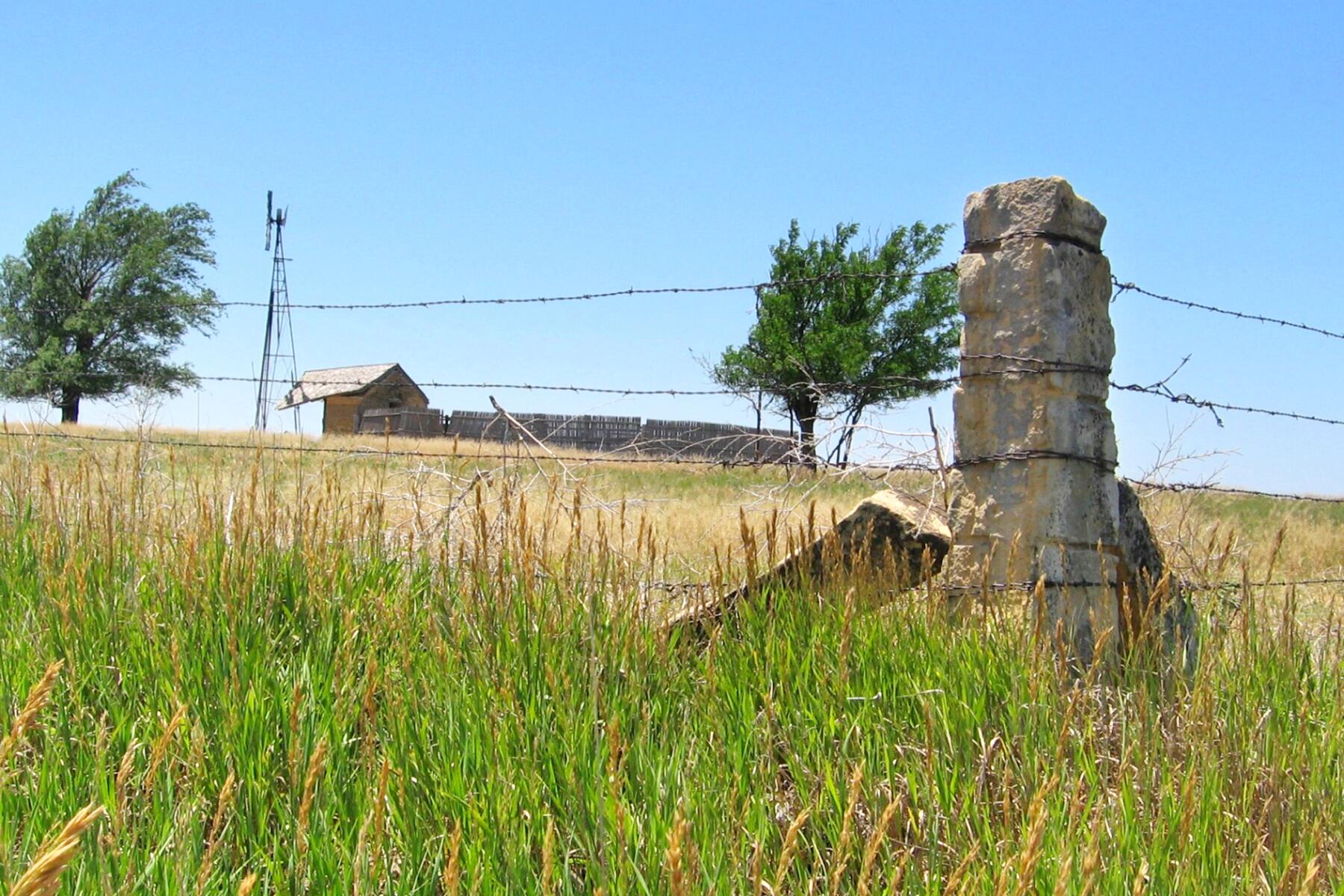 The Barbed Wire Capital of the World

How was the Wild West won? The Colt pistol, the railroad, and barbed wire! So maybe that explains why a little Kansas town embraces this so-called “devil’s rope.” Initially, you might think “it’s just twisted wire, right?” But if you do a little research, you’ll learn there are thousands of varieties. You can dig further into this and more at La Crosse’s Kansas Barbed Wire Museum, established in 1971. Here, too, there’s the annual Kansas Barbed Wire Collectors Association Swap and Sell, where you can actually buy vintage wire—as well as take in a wire-splicing contest that tests the repairing skills of contestants. If you’re hooked, then, by all means, join the museum’s Antique Barbed Wire Society, which even has its own magazine, “The Barbed Wire Collector.” 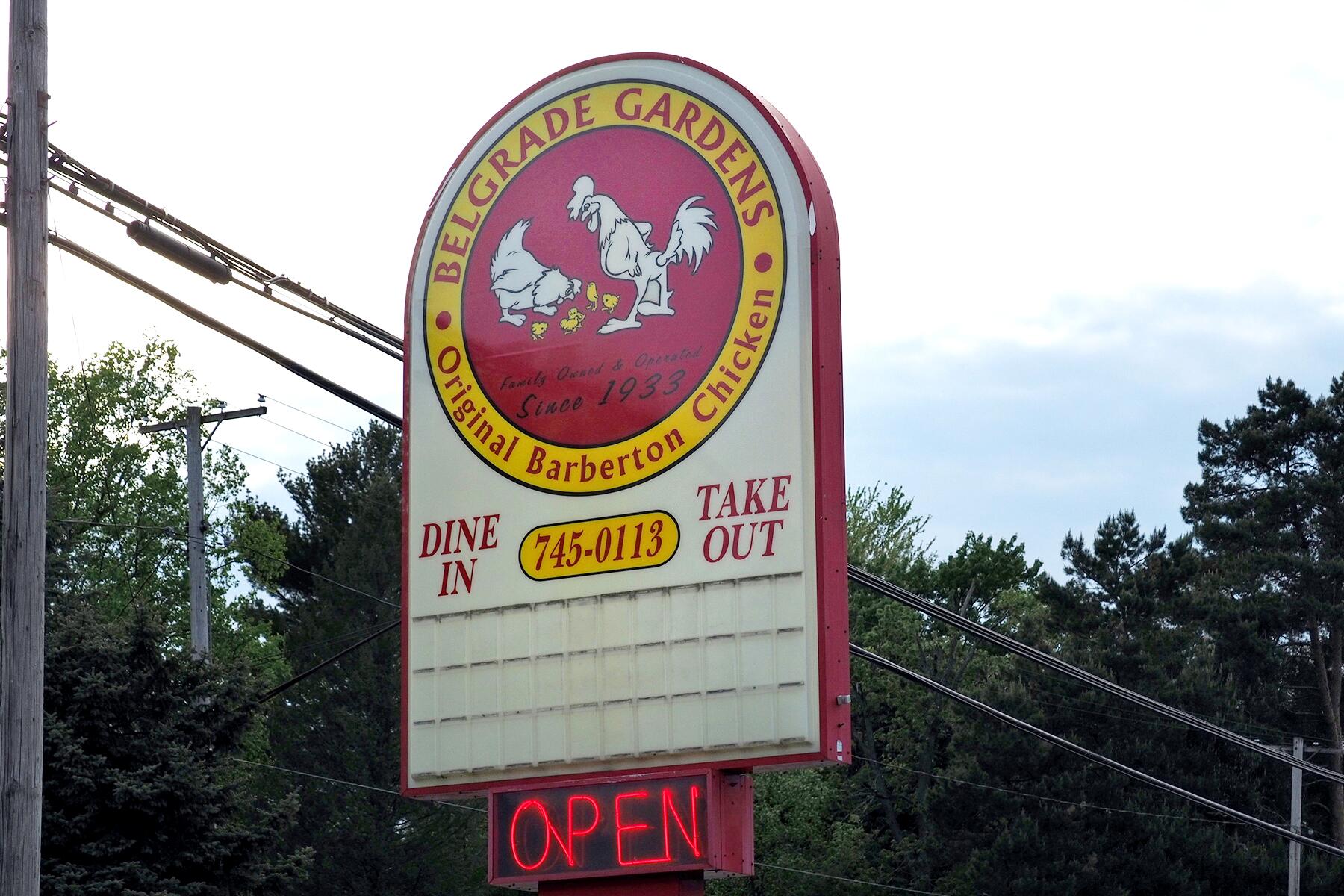 The Fried Chicken Capital of the World

The last place you might expect to find the “fried chicken capital of the world” is Ohio, but there you have it, the city of Barberton, about 40 miles south of Cleveland, has been famous for its fried chicken since the 1930s. The story goes that back during the Great Depression, Serbian immigrants Smiljka and Manojlo Topalsky lost their Ohio farm—but not their farmhouse. There, they started selling Serbian-style chicken, which spread like the proverbial wildfire. Over time, other restaurants joined in so that, by the 1960s, it’s said Barbertonians ate 30,000 chicken meals every week—dubbing the decade the “golden age of chicken.” In 1969, on Mother’s Day alone, 25,000 chickens were served. Serbian chicken hasn’t really spread beyond the town, but you can still get it here at several original restaurants, including Belgrade Gardens, where it all started. 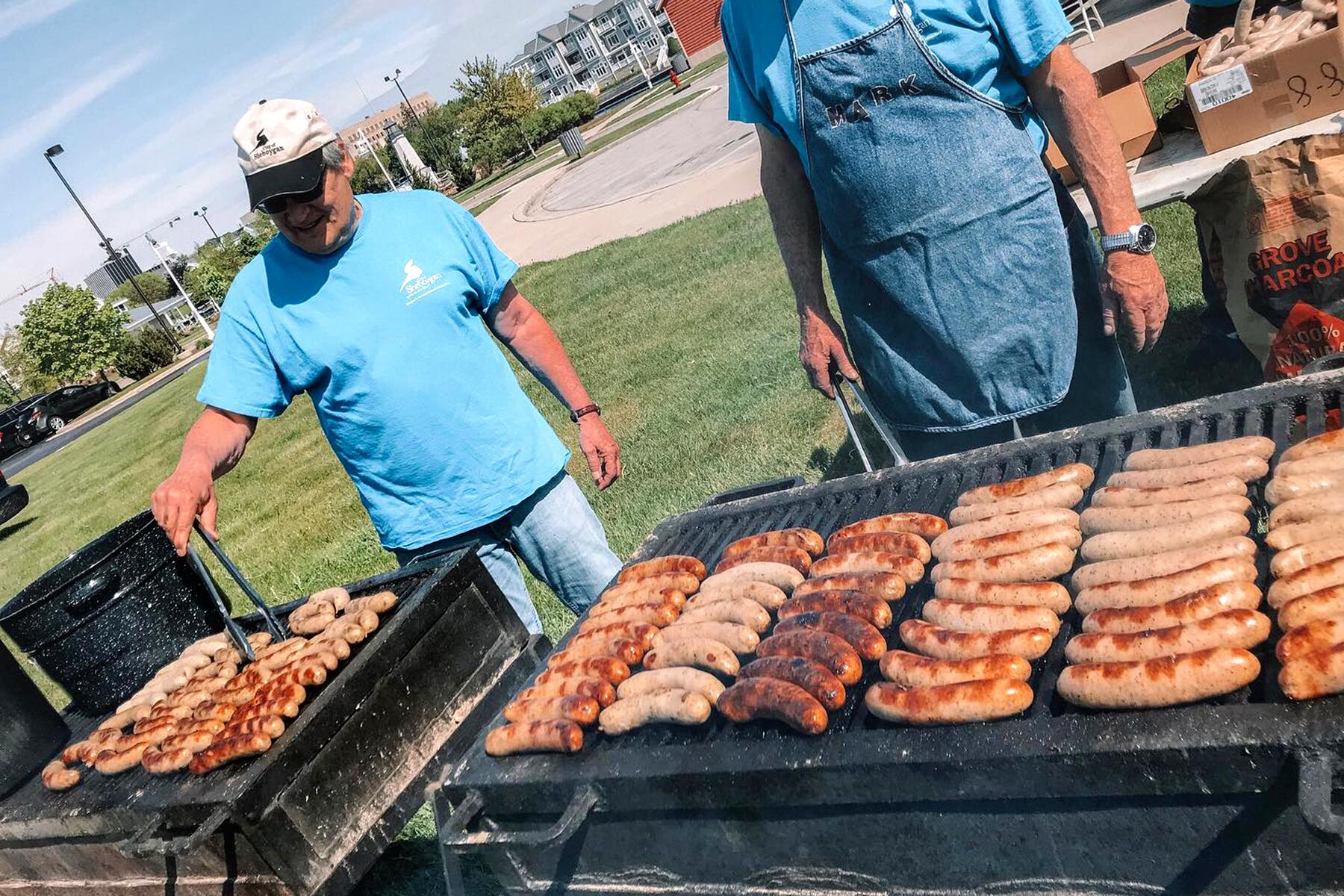 PHOTO: Courtesy of Visit Sheboygan
6 OF 10

The Bratwurst Capital of the World

The German immigrants who settled this länder brought with them their native bratwurst, or brat—a pork, beef, and/or veal sausage seasoned with caraway seeds, ginger, and/or nutmeg, preferably grilled and tucked inside a soft bun. You’ll find them throughout Wisconsin, but Sheboygan took it to the next level when, in 1953, upon the city’s 100th anniversary, it decided to fête the honorable brat on Brat Days. Streets were renamed Bratwurst Boulevard and Onion Oasis, locals danced polka in the streets, and, of course, a Bratwurst Queen was crowned. And the festivities just kept on getting bigger…and better. Today, it’s a two-day festival showcasing national acts, a parade, and the mandatory brat-eating contest. But you don’t need to visit the Bratwurst Capital of the World during the annual festival. Bratwursts are available year-round in a large number of restaurants—or find a local “brat-fry.” 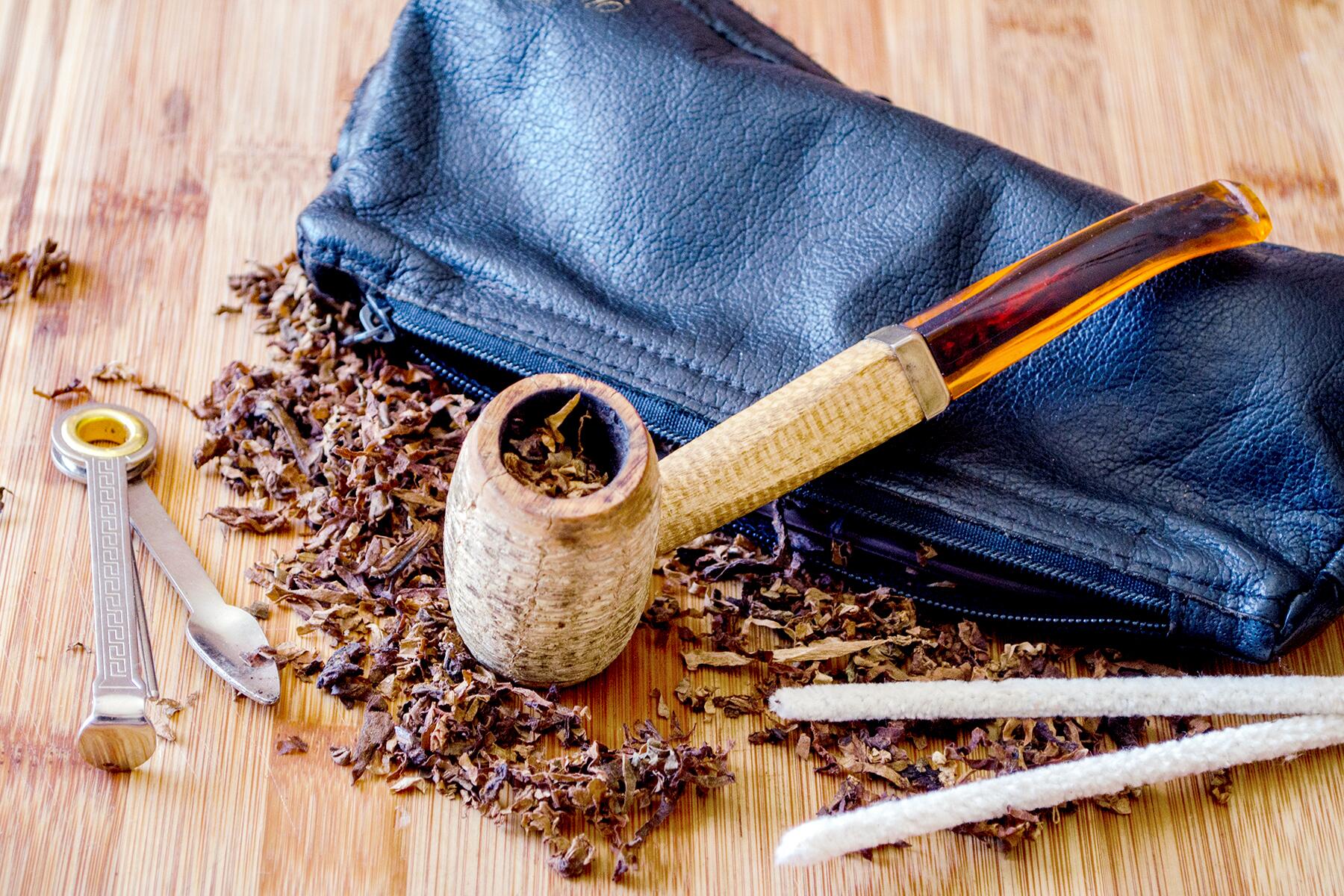 The Corn Cob Pipe Capital of the World

What do Gen. Douglas MacArthur, Mark Twain, and Norman Rockwell have in common? They smoked iconic corncob pipes, all of which came from a small factory in Washington, Missouri. It all started back in the 1860s, when Henry Tibbe, a Dutch woodworker, crafted a sweet-smoking pipe out of a corncob for a friend. By 1872, the H. Tibbe & Son Company had been born. Soon the company took up an entire block on West Front Street—the same buildings remaining today. Other corncob businesses opened up, and by the early 1900s, Washington was the world’s corncob-pipe go-to destination. Today, the company, which was rebranded in 1907 as Missouri Meerschaum, remains the only one in the world solely dedicated to corncob pipes, producing about 2,500 pipes a day. 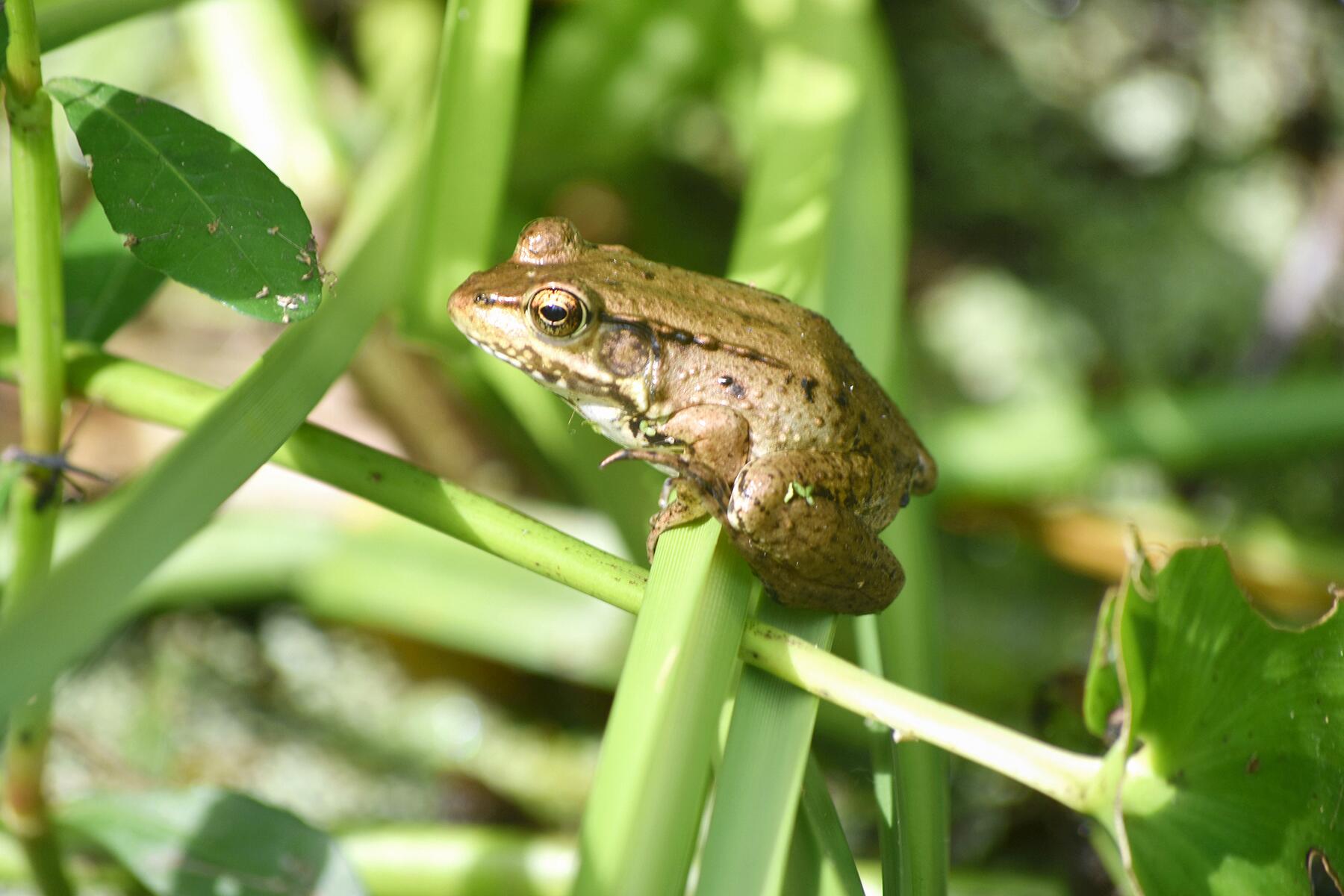 The Frog Capital of the World

You know you’re in Rayne when you see the frogs. They’re everywhere—in murals on the walls, three-foot-high concrete statues along Main Street, on frog-crossing signs. Why Rayne, you ask? Back in the 1880s, a chef started selling frog legs to New Orleans restaurants. The word spread, attracting the Weil brothers from France, who started an export business. Their invoices were stamped: “Rayne, Louisiana, frog capital of the world.” That did it. Business spiked, and Rayne’s reputation was made. These days, Rayne’s frogs are no longer exported, but its reputation remains alive and well with the annual Rayne Frog Festival, complete with beauty queens posing with frogs, frog racing, frog jumping, and a frog cookoff. You’ll also spot tons of real-life frogs in the local bayous and rice fields. 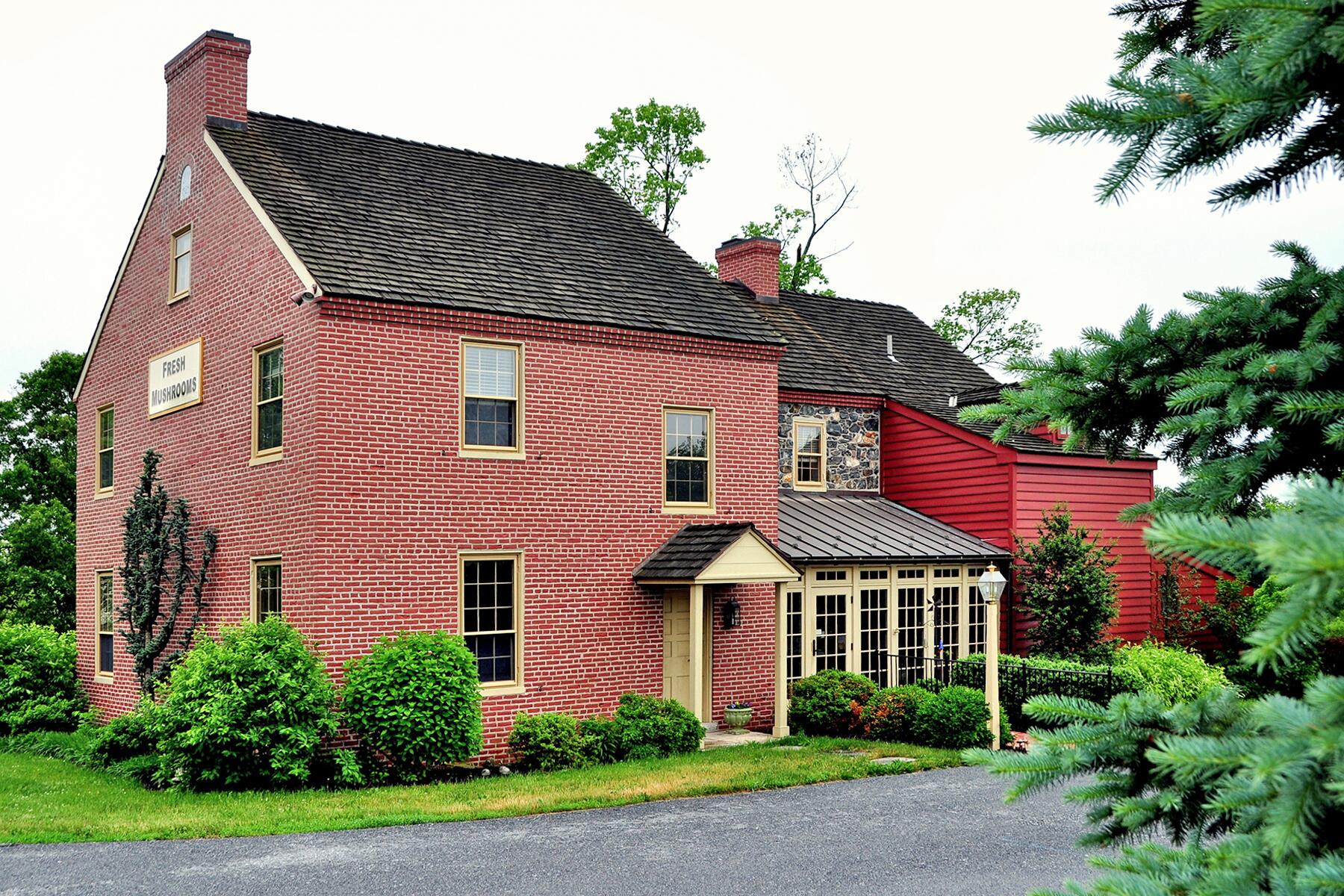 The Mushroom Capital of the World

It started by accident, really, since Pennsylvania isn’t mushroom-spawning terroir. But a couple of Quakers in the 1880s started growing mushrooms in the wasted space in their greenhouses. Others joined in the fun, and soon the little town of Kennett Square became famed for its ‘shrooms. And this is no joke: More than 50% of the country’s mushrooms are grown here—more than a million pounds a day, ranging from button to Portobello to shiitake. And this town is crazy over them. Shops sell dried mushrooms, fresh mushrooms, artwork mushrooms, and mushroom tchotchkes. A museum celebrates four generations of the mushroom-farming Phillips family (William Phillips in the 1920s was the first to use ice to grow them year-round). There’s the annual Mushroom Festival, including a parade, vendors, and mushrooms galore. And on New Year’s Eve, naturally, a giant mushroom drops. 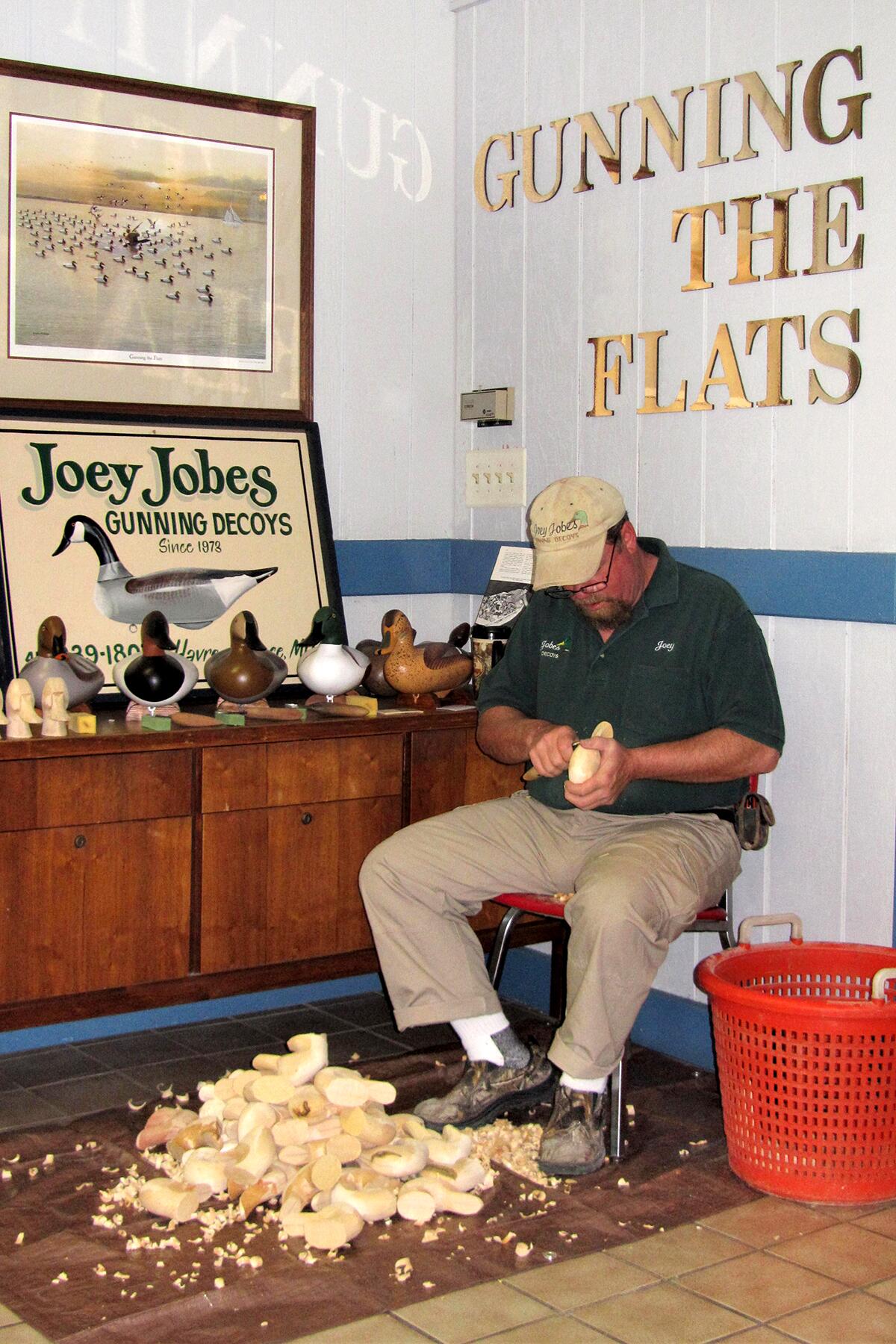 PHOTO: Maryland Office of Tourism
10 OF 10

The Decoy Capital of the World

Decoys once were simply something to toss in the water to attract ducks. Somewhere along the way, they became an artform, passed down through the generations, and the little town of Havre de Grace on the Chesapeake is ground zero. For years, more decoy carvers worked here than anywhere else, and even today, you’ll find them, carving away. Decoys perch on window sills and in restaurants—an egret here, a goose there. The Havre de Grace Decoy Museum speaks to this legacy, showcasing the country’s largest collection of wooden decoys, some of which cost thousands of dollars. Those you definitely would not be “simply tossing into the water.”

Patrick Vincenti is a legendary decoy carver who has been decoy carving for more than 50 years; check out his shop, Vincenti Decoys, in Havre de Grace.