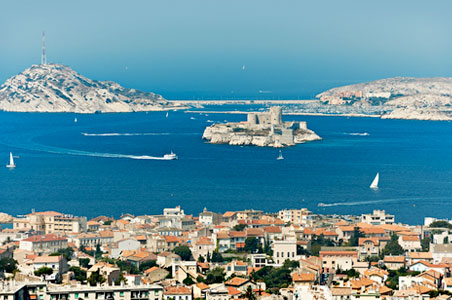 An undeniable expert on all things South of France, Peter Mayle has penned more than 10 books set in or around Provence, Marseille, and Cap Ferrat. The British-born author moved to France in the 1980s, which resulted in the life-changing first book, A Year in Provence and subsequently led to a lifetime of novels chronicling the lives (and food and drink) of both the locals that call the South of France home and the visitors who inevitably fall head over heels for it.

His latest novel, The Marseille Caper, is set in Marseille (duh), which just happens to be one of the destinations we called out in our Fodor’s 2013 Go List. So we checked in with the author to ask about what he loves most in the South of France, what he loved most about researching in Marseille, and what he’s working on next. Here’s to living vicariously through this prolific Provençal.

What was your favorite part of researching your latest book in Marseille?

I’d been to Marseille many times before writing the book, but always for pleasure. While preparing The Marseille Caper, I went for research rather than fun. While I didn’t discover anything new, it was great to revisit a few old favorites: the view from Notre Dame De La Garde, the beautiful architecture of La Vieille Charité, the salty language of the fish sellers in the market of the Vieux Port, the narrow, faintly sinister streets of Le Panier. As for food finds, I can recommend Le Bistrot d’Edouard for the marvelous tapas, Chez Peron for the magnificent sea views, and Le Boucher, a small annex to a butcher’s shop where the meat, as you might expect, is terrific.

What is it about the South of France that drew you in originally?

Like many English people who grew up in damp conditions under grey skies, I was first attracted to the South of France by the thought of 300 days of sunshine a year (the official figure). Over the years, I learned to appreciate the food, the local wines, olive oil, pastis, and the friendliness of the people. I’ve now been in Provence for more than twenty years, and I still think I’m lucky to live here.

What about the area inspires your writing most?

I suppose what inspires me to write more than anything else is the amusing and sometimes eccentric nature of the people. An hour or so spent eavesdropping and observing in one of the local cafes will usually provide me with a rich haul of material: characters, anecdotes, feuds, and dramas—they’re all there.

What advice would you give someone traveling to the South of France for the first time?

Don’t be in a hurry.

Where are some of your favorite places to eat and drink wine?

There are far too many to list in anything shorter than a book, but in general I tend to avoid fancy restaurants, where the waiters wear white gloves, and seek out something simpler, the kind of place where they can say ‘le patron mange ici’ (‘the boss eats here’). And I have found that I can drink wine almost anywhere, from the tasting room of a chateau to a truck-drivers’ bar.

What are you working on now and where is it set?

I’m working on a follow-up to The Marseille Caper. The climax takes place in Corsica and, not surprisingly, I’ve chosen The Corsican Caper as the title. And now I’d better get back to working on it.

Peter Mayle is the author of eleven previous books, five of them fiction. He has received the Légion d’Honneur from the French government for his cultural contributions. Mayle has been living in Provence with his wife, Jennie, for twenty years.