Some of California’s best beach cities for sun, surf, and summer fun stretch from LA to San Diego, and a road trip along the coast is the best way to see them. Most people think of driving along the Pacific Coast Highway as the 123-mile stretch between Northern California and Los Angeles, but we suggest detouring south, where you’ll find everything from beach volleyball games and live music concerts to art walks and chic boutiques. 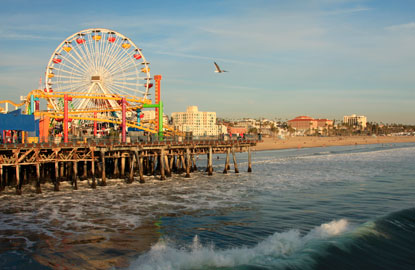 Whether you’re a kid or are simply still a kid at heart, there’s a little something for everyone on the Santa Monica pier. Despite being surrounded by Los Angeles on three sides, Santa Monica has a unique and vibrant energy that sets it apart from other neighboring beach towns. There is always something going on here but summer is an especially busy time. With evening film screenings, festivals, and gallery exhibitions, what begins as a quick bike ride along the pier could turn into an entire day of non-stop activities. Check their official events calendar for a complete list of summer entertainment.

Insider Tip: Make a slight detour into Venice to find one of LA’s hippest neighborhoods. Stop for lunch at Gjelina and stroll down Abbot Kinney, popping into unique shops. Of course, Muscle Beach isn’t too far of a walk, either. 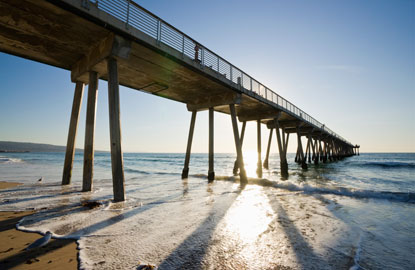 Whoever named Hermosa was clearly looking for a literal translation. Meaning "beautiful" in Spanish, Hermosa certainly lives up to its name. A short drive from Santa Monica, Hermosa Beach is family- and frat boy-friendly destination that also happens to be the Beach Volleyball Capital of the World. Or if you’re looking to show off your muscles on America’s birthday, the Hermosa Ironman competition takes place every July 4th and includes running one mile, paddling on a surfboard for another mile, and finishing the race by slamming back a six-pack of beer.

Insider Tip: One of LA’s most suddenly-ubiquitous burger chains, Umami Burger, finally opened up shop in Hermosa Beach last December. You can always pick up an In-N-Out Burger in nearby Redondo Beach and have the ultimate burger taste-off. 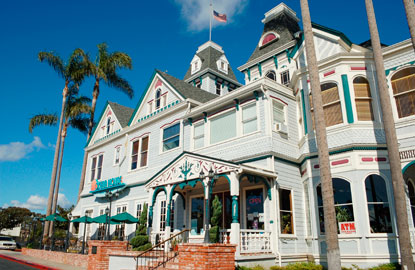 Stop Over in Carlsbad

A long-loved family destination, Carlsbad lies almost half way between Los Angeles and San Diego along the coast. The small town caters to art lovers who can browse through many galleries. For a fun, outdoor adventure, LEGOLAND amusement park is a stone’s throw. Jazz in the Park kicks off in late June and continues every Friday night during the summer. The Carlsbad Village art walk, coined "The Experience" is another popular pastime, taking place the last Thursday of every month.

Insider Tip: Walk down to the sea walk and stroll until you find one of the many sets of stairs that lead down to the beach, or park it for a while on an ocean-facing bench. This town used to be much quieter (pre-LEGOLAND), but it still retains much of its calm, laidback charm. 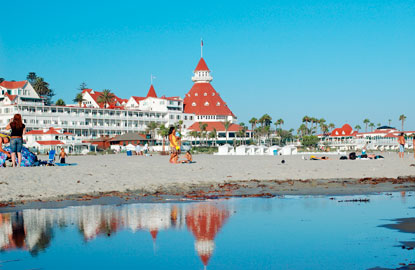 Spend the Night in Coronado

Coronado Island is the perfect spot to spend a night or two. Daily ferries depart from San Diego, making this an ideal day trip. Especially renowned for the architecturally stunning Hotel Del Coronado, the picturesque island resembles that of a postcard. Considered one of the best beaches in the country, Coronado also offers a wide range of restaurants and theatres, and their annual July 4th Independence Day parade is the perfect time to visit.

Insider Tip: The best way to get around is by bike. In the Coronado Ferry Landing, Bikes and Beyond offers rentals on cruisers, hybrids, and tandem bikes starting from $7/hour. 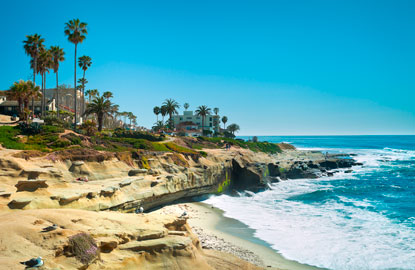 One Last Stop in La Jolla

Just a quick drive from downtown San Diego, La Jolla is one of the most serene California beach resort towns. One won’t necessarily find a buzzing nightlife scene here, but that’s a big part of the community’s charm. Before hitting the beach, browse the various art galleries and designer boutiques that complete the shopping area. La Jolla is more upscale, so keep this in mind before making any purchase you might regret later. Instead, take advantage of their weekly Sunday afternoon concerts beginning July 15th and running through Labor Day Weekend.

Insider Tip: Spend an afternoon kayaking with Hike Bike Kayak. They’ll take you on a tour of the sea caves and ecological reserves, on a sunset kayak trip, or on a combined kayak and snorkel trip where you’ll get to see sea lions, dolphin, seals, and more.