News Apeksha Bhateja What Are the Chances You'll Get Monkeypox at a Hotel?
NewsA Perfect Day in Seattle by Author Jim Lynch

A Perfect Day in Seattle by Author Jim Lynch 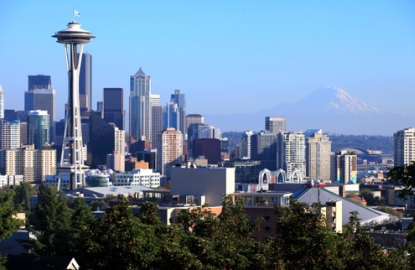 Your perfect Seattle day starts with breakfast at Lowell’s Restaurant & Bar at the popular, open-air Pike Place Market, which you can then explore before all the tourists show up. Then you walk down the steps to Alaskan Way and stroll south along the bustling waterfront until you get to the Coleman Ferry Dock, where you take a boat across Puget Sound to Bainbridge Island and have lunch at one of Winslow’s waterfront restaurants. Then you head back on the ferry in the early afternoon so that you can see the city from the West, its most photogenic angle.

Afterwards, take the ferry back to Seattle and drive north a few miles to Gasworks Park to take in the skyline yet again and watch boats putter through the Lake Washington Ship Canal. Or, if you need a little exercise or want some people watching, you head twenty blocks further north to Green Lake, and walk or jog around the city’s outdoor exercise hub. After all that, you’re hungry again, so it’s time to pop up the Space Needle for a tasty (though pricey) dinner 500 feet above downtown while the dining room—amazingly—slowly spins clockwise (it takes 47 minutes for a complete revolution) and you begin to finally fully grasp the varied geography of this hilly, sprawling city.

Once you return to the darkening streets, you head up Capitol Hill, the liveliest of Seattle’s neighborhoods these days, and you pop into the browsing confines of Elliott Bay Books. Then you roll downhill into Pioneer Square, the brick heart of this city, and you grab a drink at the J&M Cafe or some other bar that’s been around since the 19th century. Afterwards, you roam the square, listening to the music thumping through the night club walls, until you find the sound that best suits you. Then you step inside and finish off your memorable day.

Jim Lynch, author of the newly released novel Truth Like the Sun, which is set in Seattle, has received the H. L. Mencken Award and a Livingston Award for Young Journalists, among other national honors. His previous novel, Border Songs, won the Washington State Book Award and is currently being adapted for television.