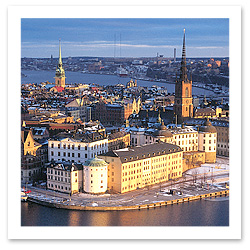 Why: On this side of the Atlantic, Sweden is largely known for four exports: Abba, Absolut, Ikea, and those ubiquitous meatballs. Yet its cosmopolitan, canal-laced capital has a lot more to offer. Though it has fewer than two million residents, Stockholm boasts 72 theatres, 38 parks, loads of cutting-edge stores, and more restaurants per capita than Paris.

Don’t Miss: Today Stockholm covers 14 islands at the intersection of Lake Mälaren and the Baltic Sea, but it originally occupied only one: Gamla Stan. And many of the city’s architectural treasures, including the Royal Palace and a stunning Gothic cathedral, are still found there. Gamla Stan’s greatest assets, however, are twisting lanes, enticing alleys, and medieval townhouses: many of which have been converted into boutiques. Souvenir hunters can stick to the main thoroughfare, Vasterlanggatan. For antiques and quality crafts (such as Lappish knits or coveted local glassware), you’re better off browsing the side streets.

Also Worth Doing: Swedes pioneered the clean lines and funky functionalism that are synonymous with modern design, and you can trace its evolution at the Design 19002000 exhibit in the National Museum, across from Gamla Stan on Blasieholmen. Afterwards carry on to Djurgården: a park-like island that is home to top attractions like Skansen and Vasamuseet. The former, Europe’s oldest open-air folk museum, consists of some 150 historic buildings that were moved (contents and all) from different parts of Sweden. 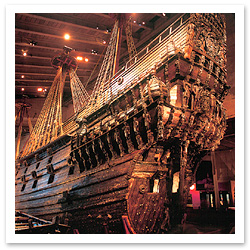 The latter is dedicated to a ship named Vasa. She failed miserably as a sailing vessel — the man-of-war sank in Stockholm Harbor 20 minutes after being launched in 1628. But as a relic, she is a resounding success. Raised from the harbor in 1961, the richly-decorated Vasa is now the centerpiece of Scandinavia’s most visited museum. Tiered viewing areas give visitors an up-close look at the exterior (no small feat considering its seven stories high), while full-scale models re-create key interiors.

Where to Eat: Each December 1,300 guests gather at City Hall for a banquet honoring the year’s Nobel Prize winners. If your invitation got lost in the mail, you can still enjoy an en-Nobel-ing experience downstairs at Stadshuskällaren. Tables are set with the same gold-trimmed Rörstrand porcelain and Orrefors glassware used at Nobel banquets, and the same haute cuisine is served. Last year’s three-course menu, complete with vintage wines, can be duplicated for two or more diners on a day’s notice. Cuisine includes such wonders as mountain grouse baked in black-trumpet mushrooms, fennel-baked Arctic char, and Norway lobster. The $185 (per person) price (1350 kronors) includes a souvenir menu and chocolate “medal.” Looking for something more affordable? Fish — whether smoked, fried, poached or pickled — is a staple at the city’s many smorgasbords. 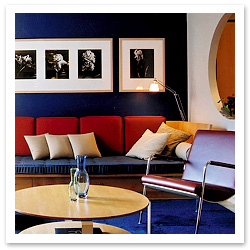 Where to Stay: Stockholm features many unique accommodation options, among them a converted prison, a design-oriented lodging with “signature” rooms outfitted by top decorators, and a boutique hotel co-owned by ABBA’s Benny Andersson. For more conventional digs, try Scandic Hasselbacken, Djurgården’s only hotel. This fall and winter, double room rates there (including an impressive breakfast smorgasbord) run from $140 to $330 (1020 to 2390 kronors).

Best Bargain: The Stockholm à la Carte program throws in a free sightseeing pass when you book into participating hotels. Good for the length of your stay, it provides unlimited public transportation within Stockholm, seven different boat tours (remember, a quarter of the city is covered with water), plus admission to 50 attractions. Rates start at $55 per adult (399 kronors) and there’s no added charge for children.

When to Go: Most visitors come in summer when temperatures are warmest (71 degrees F. is the normal monthly high for July) and days are longest (the sun sets around 10 p.m. early to mid July). As business travelers have left the city, hotel rates are lowest, sometimes 50% off rates in other seasons. But even in winter, when the light is ethereal and temperatures low, Stockholm can be appealing. 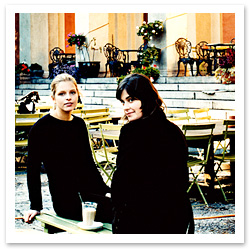 How to Get There: You can fly non-stop from select U.S. cities on United, Continental or SAS. Once you’re there, getting around is easy thanks to an efficient bus, tram, and subway network (a ticket costs 20 kronors — about $2.76 U.S.). If you get lost, don’t worry. Many locals speak English as fluently as their native Swedish.

Click here for more information on Stockholm and Sweden.

Check out airfares to Stockholm on SAS