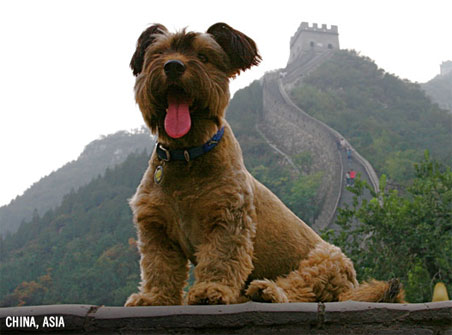 One of the world’s most traveled creatures had shaggy brown hair, a wide grin, and four legs. Oscar the dog was rescued from a kill shelter in Cape Town, South Africa, in by Joanne Lefson, and in 2009 commenced several years of the kind of adventures most of us only dream about, all while bringing attention to rescue adoptions and getting hundreds of pups into new homes as a result!. In doing so, Oscar the mutt became the first dog to go around the world. 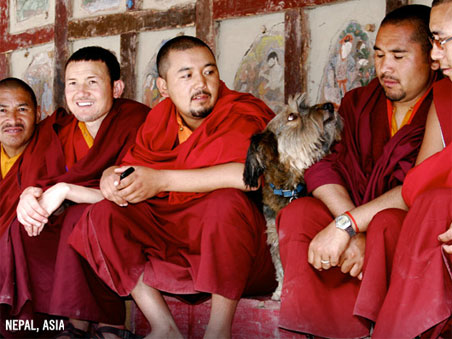 In his first nine months of travel, as part of his World Woof Tour, Oscar made his way through 31 countries and 150,000 kilometers, visiting shelters and homeless pups as he went. Of course, between doing good deeds for his fellow furry brethren, Oscar took in a few sights, like the Trevi Fountain in Rome (where he was arrested for aquatic frolicking), the Sphinx, the Great Wall of China, and Rio, over which he hanglided. That’s right, hanglided. What were YOU doing in 2009? Other adventures took him to from the Amazon to the Masai Mara Reserve. Many of his antics have been captured for time immemorial in his book, Ahound the World. Yes, Oscar loved a good pun. 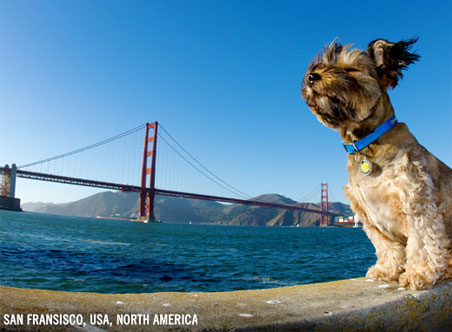 In 2010, Oscar kept it closer to home, touring South Africa to raise awareness about homeless dogs, 300 of which were adopted as a result of his work. 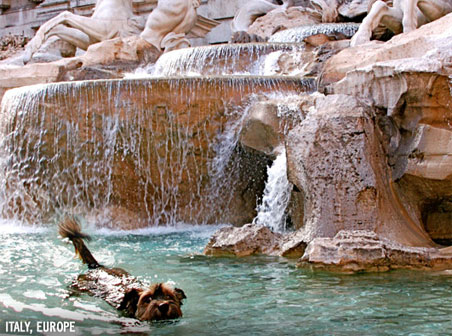 Tragically, Oscar died suddenly in January of this year, before he was able to start out on his latest adventure, Expedition Mutt Everest. Oscar’s mission was to bring his hopes for the world’s estimated 475 million homeless dogs to the prayer flags of the Himalayas in a trip to Mt. Everest. The good people of Oscar’s World Woof Tour will be taking the journey in his memory, starting in Kathmandu and trekking for 11 days to the Everest base camp—all of which, we are sure, will be completed under Oscar’s wise and watchful eye. 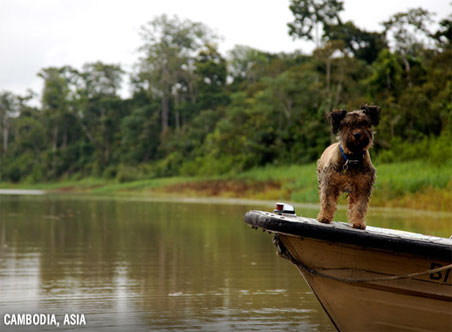 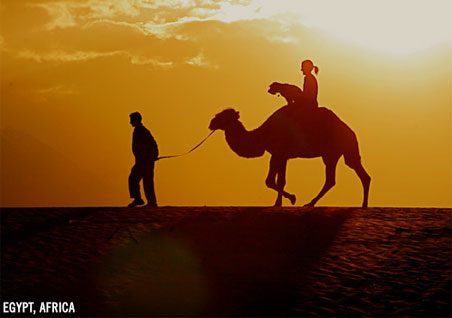 Deanna Cioppa is a freelance writer and editor based in New York City. When not in the air or on the road, she can be found bellied up to a raw bar, martini in hand, or in the mountains, martini in pack. She’s a regular contributor and guest editor of Fodors.com, and has written for Gadling, BudgetTravel.com, ShermansTravel.com, GO Magazine, and others. Check out www.deannacioppa.com or @likeitsmyjob