When Hollywood came calling, these 10 hotels were ready for their close-up—and ended up on the big screen in films that were nominated for Academy Awards. Appearing as the backdrop for key scenes, and in a few cases entire movies, these distinctive properties enjoyed star turns that became cinematic history. As this year’s Oscar ceremony approaches (tune in Sunday, Feb. 24), here’s a look at some of the world’s top hotels that held their own against Tinseltown’s most acclaimed leading ladies and men. And the Oscar goes to… 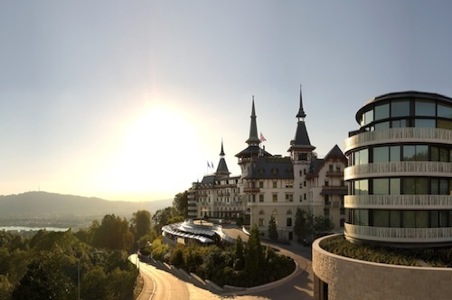 The Dolder Grand in "The Girl With the Dragon Tattoo" (2011)

Nominations: Rooney Mara for Best Actress; Film Editing (it won), and three others

Oscar-worthy room: The exclusive 1,830-square-foot Masina Suite, located on the top floor of the Spa Wing and inspired by 1950s Italian glamour. 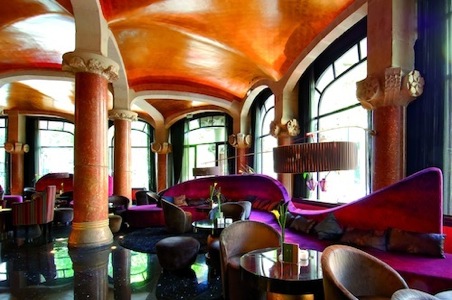 Strikingly modernist (circa 1908) Hotel Casa Fuster, located on Barcelona‘s Passeig de Gràcia, has long been a favorite of director Woody Allen, who has played jazz clarinet in its Café Vienes. The 105-room hotel was a natural for a supporting role in this film starring Scarlett Johansson, Javier Bardem and Penelope Cruz.

Big onscreen moment: The hotel’s name is clearly visible in an exterior shot, Vicky (Rebecca Hall) and Judy (Patricia Clarkson) have a scene in the lobby, and Café Vienes also got a bit of screen time.

Oscar-worthy room: One of the 614-square-foot Suites with circular balcony, king-sized bed and hydro-massage shower. 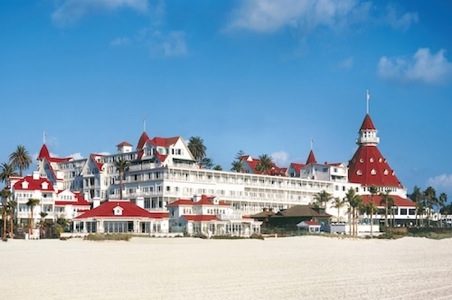 Circa-1888 Hotel Del Coronado on San Diego‘s Coronado Island has such star quality it almost gave leading lady Marilyn Monroe some on-screen competition in this Billy Wilder-directed screwball comedy set in 1929. The film actually had three leading ladies—Jack Lemmon and Tony Curtis spent most of it in drag.

Big onscreen moment: Sugar Kane (Monroe) cavorting on the hotel’s beach—but since all exterior scenes were filmed there, The Del is a certified cinematic icon. 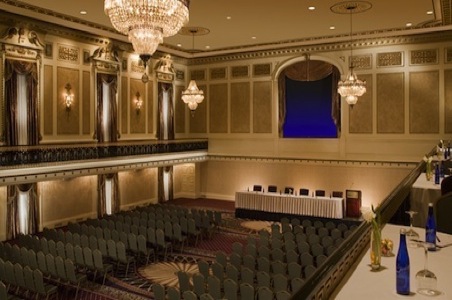 Located on New York‘s Madison Avenue near Grand Central Terminal, The Roosevelt Hotel dates to 1924, has 1,015 rooms, and in addition to this Oliver Stone-directed drama, can also be spotted in "Quiz Show," "Maid in Manhattan" and "Presumed Innocent." 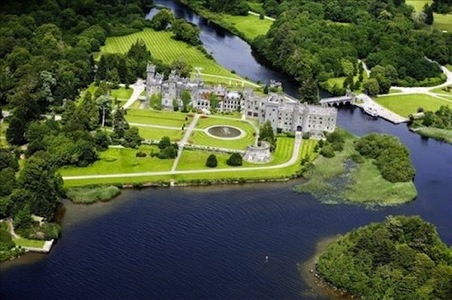 John Wayne had a huge screen presence, and in this John Ford-directed drama set in Ireland and co-starring Maureen O’Hara, the sprawling grounds of Ashford Castle provide him with a grand backdrop. The castle, an 83-room luxury hotel near Cong in County Mayo, Ireland, dates to the 13th century, and while the building itself doesn’t appear onscreen, the cast stayed there.

Big onscreen moment: The famous fight sequence between Sean Thornton (Wayne) and "Red" Will Danaher (Victor McLaglen) was filmed on Ashford’s grounds, and the stone bridge that leads to the hotel can be seen in the opening. 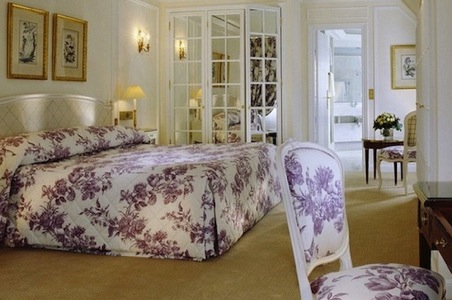 Big onscreen moment: The hotel’s Panoramic Suite is where Allen shot all the in-room scenes, like when Inez (McAdams) confronts Gil (Wilson) about his midnight wanderings, while its lobby and restaurant are also frequent settings. 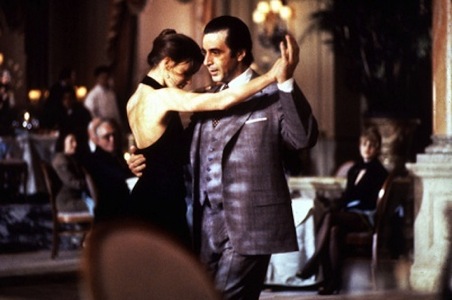 Big onscreen moment: Frank (Pacino) does his famous tango dance with Donna (Gabrielle Anwar) in the hotel’s balconied Cotillion Room after it was transformed by Hollywood into a restaurant. Booyah!

Nominations: Al Pacino for Best Actor (he won), Best Picture and two others.

Oscar-worthy room: Any of the individually designed 10 Luxury Grand Suites, such as the Tata, Getty or Hutton, which feature luxurious fabrics, Murano chandeliers and skyline views. 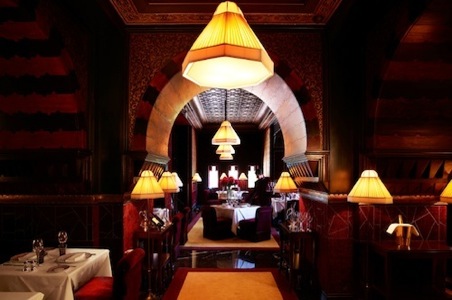 This Alfred Hitchcock-directed thriller is set amid the intrigue of Marrakech as Dr. Ben McKenna (Jimmy Stewart), his wife Jo (Doris Day), and their young son check into La Mamounia. Opened in 1923, the hotel was extensively renovated in 2009 and features 207 elaborate rooms and four restaurants.

Big onscreen moment: Ben and Jo join a British couple for a dinner in the hotel’s mosaic-filled La Marocain restaurant, and a room is featured when Ben sedates his wife before telling her their son has been kidnapped.

Oscar-worthy room: One of the six spacious Signature Suites, each decorated in different palettes but all featuring stunning Moroccan décor and furnishings. 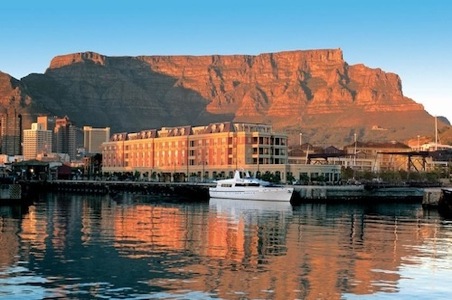 Big onscreen moment: Cape Grace wouldn’t have earned its SAG card for its "extra" role in the climactic scene that cuts back and forth between wounded ex-mercenary Danny (DiCaprio) as he talks on the phone to journalist Maddy (Connelly)—but the salmon-pink hotel can be seen behind Maddy the entire time. 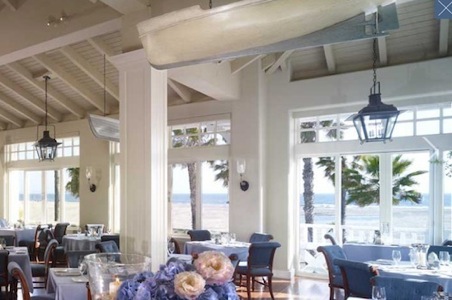 While this Jack Nicholson-Diane Keaton romantic comedy was set in the Hamptons on New York’s Long Island, some filming was done around Los Angeles, including at the 198-room beachfront Shutters on the Beach in Santa Monica.

Big onscreen moment: Erica (Keaton) goes on her first date with young Dr. Julian (Keanu Reeves) at Shutter’s One Pico restaurant, which appeared to be an eatery in the Hamptons.