Coronavirus David Silverberg Are Your Kids Heading Back to Summer Camp? Here's What You Need to Know
Home  >  News   >   Orient-Express Launches Second River Cruiser in Burma 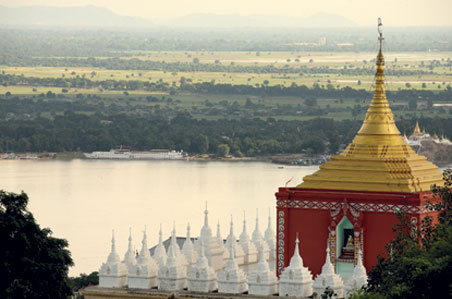 Orient-Express is one of the few hoteliers that have kept a long-term presence in Burma (also known as Myanmar). Travelers to this region have long known that the place to stay when in Yangon is The Governor’s Residence in Embassy Quarter. This 1920s teak mansion clearly illustrates what it was like in Burma under British rule from 1824–1948.

For the past 17 years, Orient-Express has also sailed its 82-passenger Road to Mandalay luxury river cruiser along the Irrawaddy River. The route between Mandalay and Bagan is a fascinating one and is dotted with 2,500 pagodas, beautiful forested gorges, and rustic villages. Three-, four-, seven-, and 11-night itineraries are offered.

In past years, few Americans visited Burma because of clashing political ideologies. Now that the country is heading toward a more democratic government structure, travel experts and government officials within Burma are encouraging exploration of this mystical destination in Southeast Asia.

To that end, Orient-Express is re-committing itself to providing luxury experiences in country and announced the construction of a second river cruiser, which will be deployed along the Irrawaddy and Chindwin rivers.

Their Orcaella will accommodate 50 guests and will operate between January to April and July to December. Seven- and 11-night voyages between Yangon and Bhamo will be offered. Orcaella will travel the Irrawaddy as well as the Chindwin River, passing impressive mountain ranges and exploring western Burma as far north as Homalin, less than 30 miles from the Indian border.

The experience onboard will be akin to the high-end service encountered at any Orient-Express property. A staff of 40 will cater to a maximum of 50 passengers. All cabins will feature river views via floor-to-ceiling sliding glass doors and Juliette balconies. The four-deck river cruise will feature two Balcony Suites at the bow on the Main Deck. Orcaella will also be outfitted with a swimming pool, gym, and spa.

Cruise fares start at $5,400 per person for a seven-night cruise and include all meals onboard, excursions, transfers, and domestic flights.