Coronavirus David Silverberg Are Your Kids Heading Back to Summer Camp? Here's What You Need to Know
Home  >  News   >   Oracle CEO Buys 98% of Hawaiian Island Lanai 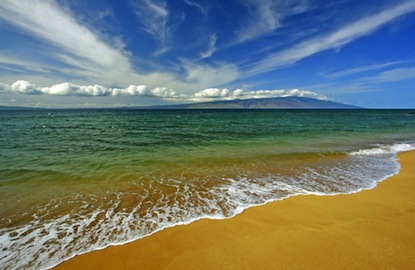 In travel fantasy news, Hawaii’s governor Neil Abercrombie told the Associated Press that Larry Ellison, CEO of Oracle Corp. has made a deal to purchase a huge parcel of land (98% to be exact) on the Hawaiian island of Lanai from billionaire David Murdock’s Castle and Cooke Inc. Which begs the question, why not that last two percent?

Actually, the remaining two percent will be retained by Murdock for his residence and the right to build a wind farm, as well as land owned by the state, county, and private residents. Ellison will take over 88,000 acres, as well as two resorts, two golf courses, residential and commercial buildings, and a stable on the tiny island, which has only about 3,200 residents.

A transfer application to Hawaii’s public utilities commission by Castle and Cooke claimed that the purchase will boost tourism on Lanai and create jobs. Lanai had over 26,000 visitors between January and April of this year according to the AP, a six per decline from the same period in 2011.

Interim approval by the public utilities commission may be completed by as early as June 26. Resident Sol Kahoohalahala told the AP that he hopes the sale will result in more jobs to combat the high unemployment rate on the island, and not only in the tourism sector.

"I look at this as a potential opportunity for us to get the new owner to look at Lanai in terms of an island that needs to work at sustaining itself," Kahoohalahala said. "Tourism cannot be the only economic engine on Lanai."

Initial reports put the price for the land at $500-$600 million, a pittance compared to Ellison’s net $36 billion worth (the billionaire ranks as the sixth-richest person in the world, according to Forbes) though the sales agreement signed on May 2 was later redacted for alleged confidentiality purposes.