News Apeksha Bhateja Europe's Airports Are Chaos This Summer. And Now There's Another Problem
Home  >  News   >   Traveler’s Meditation: A Journey to Discover the Cheeses of Spain

Traveler’s Meditation: A Journey to Discover the Cheeses of Spain

From his early grad school days in Michigan, writer Michael Paterniti was enamored by the artisanal delights of the local, unassuming deli, Zingerman’s. Of special interest was a decadent Spanish cheese, the most expensive the deli sold. Little did Paterniti know, the olive oil-soaked cheese’s history went far beyond its years spent aging in a cave—and the story behind it was just as dramatic as its unique flavor.

In his new novel, The Telling Room: A Tale of Love, Betrayal, Revenge, and the World’s Greatest Piece of Cheese (Dial Press, 2013), Paterniti recounts his gastronomical pilgrimage from Ann Arbor, Michigan to Castile, in search of the cheese that transfixed him, and the enigmatic cheesemonger behind it. Here’s a taste of the inspiration behind his thirteen year, cheese-fueled journey.

Bonus! Enter to win a copy of the book AND a cheese-and-treats-filled gift basket from Zingerman’s below!

It’s rare that you find your book idea at a deli, but that’s exactly how I found mine, more than twenty years ago now at a place called Zingerman’s, in Ann Arbor, Michigan. At the time I was a broke grad student, and even before the deli did $44 million in annual sales and could claim a half million customers, Zingerman’s was a fabled arcade of fantastic food, a classic, slightly cramped New York–style deli in the Midwest where the shelves sagged with bottles of Italian lemonade, exotic marmalade spreads, and tapenades. On Saturday mornings, before University of Michigan football games, people thronged, forming a line down Kingsley Street, waiting to buy yummy sandwiches with names like "Gemini Rocks the House" and "Who’s Greenberg Anyway?" 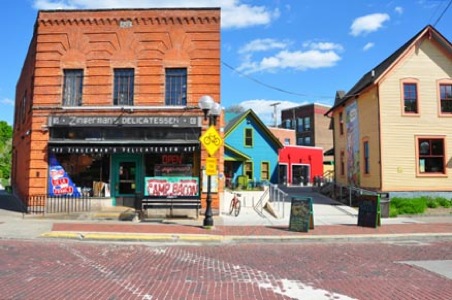 Back then, before this age of culinary enlightenment, Zingerman’s preached a new way of thinking about food: eat the best and eat homemade. Why choke down over-salted, processed chicken soup when you might slurp Zingerman’s rich stock, with its tender carrots and hint of rosemary? Why suffer any old chocolate when you might indulge in handcrafted, chocolate-covered clementines from some picturesque village in northern Italy, treats that exploded in your mouth, the citrus flooding in tingles across the tongue with the melted cocoa spreading beneath it, lifting and wrapping the clementine once again, but differently now, in the sweetest chocolate-orange cradle of sensory pleasure?

As popular as Zingerman’s was—and still is—for its food, it was also famous for its monthly newsletter. Part foodie bible, part travelogue, the monthly newsletter was written by one of the owners, Ari Weinzweig, who brought to life his global search for goodies as he played out the thrilling Indiana Jones lead. As it happened, my part-time job at the deli was to proofread his newsletter, and the October edition of that year promised a culinary ramble through Spain. Ari sang the praises of Andulsian olives and Riaxes wine, Salamancan ham and a host of cheeses that included Manchegos, Cabrales, Majoreros.

But the entry that really caught my eye was about a very special cheese indeed, called Parámo de Guzmán. 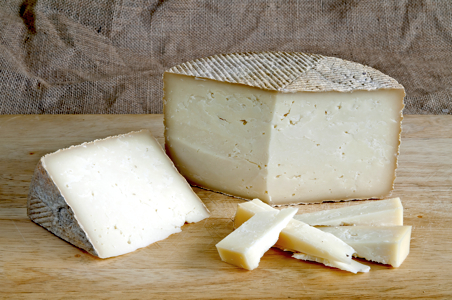 In it, Ari described how this "sublime" cheese, made in a little village (pop. 80) in the north-central highlands of Castile, was the most expensive the deli had ever sold. When Ari had visited the cheesemaker himself, a man named Ambrosio, the Spaniard had shared vivid memories of his grandmother making the very same sheep’s milk cheese, imploring him to keep the tradition alive. So, Ambrosio had bought a hundred Churra sheep, grazed them on the páramo, and made cheese from their milk, which he aged in the family cave. After a year, the cheese was soaked in olive oil and sold in an idiosyncratic white tin. The result was "rich, dense, intense," sang Ari, "a bit like Manchego, but with its own distinct set of flavors and character."

At the time, there was something about this underdog cheese, and its triumph, that I immediately latched on to—and made mythic—toiling in obscurity as a would-be writer. I remember ripping that entry from the finished newsletter, keeping it in a folder through a dozen ensuing moves across the country, and carrying it to Spain nearly a decade later, when I went to Barcelona on a magazine assignment to profile the great chef Ferran Adria. 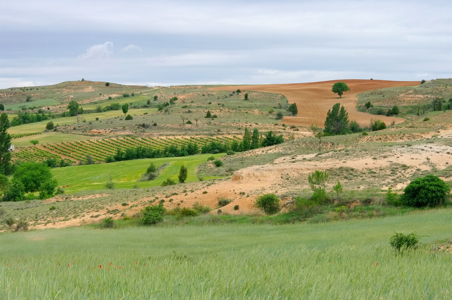 On an off-day, I drove to Ambrosio’s little Castilian village to try his famous cheese, on my own version of a pilgrimage. Of course, I couldn’t have imagined what I’d find there, a slow-food tale gone horribly awry. At its height, Páramo de Guzmán had been beloved, served to the Spanish and British royal families, to Ronald Reagan and Frank Sinatra. Julio Iglesias was a fan. Fidel Castro tried to buy the whole stock. But then, as the business grew, the cheesemaker claimed to have been bamboozled, by his best friend, unwittingly signing away ownership of the cheese and its ancient recipe.

So, there was none of the original cheese left to eat—and this Ambrosio, this salt-of-the-earth maker-of-cheese, was plotting to murder his best friend. By amputation.

What happened next consumed the next thirteen years of my life, and resulted in a book that tells the rest of the story. But when I went back to Zingerman’s recently as a much older man, I was again mesmerized by the amazing products lining the shelf, the olive oils and profiteroles. There was this very special tin of sardines from Cantabria. Handing it to me, Ari said it was the best in the world, perfectly salty and sweet. Except for one other sardine producer. From the same town—from across the street, actually. The families were bitter rivals in that little town.

Mouth watering, I pulled out my notebook, and began to scribble.