News Robin Catalano Horses Run Wild on This Puerto Rican Island⁠—but for How Much Longer?
NewsOn Etiquette in Japan

On Etiquette in Japan

I was a young Southern girl when I first went to Japan, and so polite (by training) that my students said I must be "part Japanese." Yet I made many blunders in etiquette during that year, and on subsequent journeys. Here are ten suggestions to help you save face in this fascinating, complicated society. – By Angela Davis-Gardner, author of Butterfly’s Child (Dial Press).

1. First of all, know that you will be forgiven many sins because you’re a gaijin, a foreigner, and therefore don’t know any better. And you’ll be doubly forgiven if you show a genuine interest in Japan.

2. Learn some Japanese phrases before you go: thank you, good morning, I don’t understand, etc. A very helpful word to know is sumimasen, which can mean excuse me or I’m sorry, and is used for causing someone even the slightest inconvenience—summoning a waiter or a clerk—or when you jostle against someone in the street.

3. When you’re speaking to a Japanese person, he or she may say, "Hai, hai" &quoteeh" or &quotah so desuka?" This sounds like agreement, but it is not; it means the person is listening.

4. Be aware that Japanese people don’t like to say "no," but instead may incline their head to the side, with a "Perhaps, I am not sure." That is not a maybe! 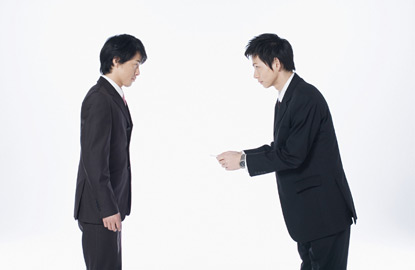 5. If you’re doing business in Japan, you should have a calling card—meishi—to present during introductions. Hold the card on outstretched palms and make a slight bow. A card will be presented to you in the same way.

6. Correct modes of address are also important. If the person’s name is written in proper Japanese order, the family name will be first, then the given name. Unless you know someone very well, use the last name, along with the honorific –san. (A girl might be addressed by her first name, followed by -chan; a boy by -kun.) A teacher or doctor is addressed as Sensei.

7. Japan has ritualized the art of giving and receiving gifts. When presenting a gift of money, place it in a money envelope (available at stationers’ shops and kiosks) and always use crisp bills. No matter how expensive or gorgeous, a Japanese gift might be offered with the words, "I’m afraid this is not very good." (You should quietly demur, of course). They’re usually wrapped quite beautifully and ripping into them is considered rude. Japanese often don’t open their gifts right away, but allow some time to admire the package and the sentiment, and then at some point may ask, "May I open this now? " (Don’t blurt out, as I once did, "Well, of course!") 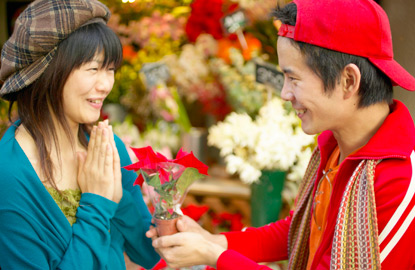 8. A good hostess gift is flowers, but don’t present—my first infelicity—a large bouquet. That’s considered aesthetically unpleasing, and a waste. Give three or five (or seven at most) blossoms, perhaps one or two of them still in bud, with a stalk or two of nice greenery.

9. Never give four flowers, or four of anything: four and nine are unlucky numbers in Japan.

10. Beware of admiring someone else’s personal possessions too ardently. I was once so interested in a friend’s necklace, that before I knew it, she had removed it and given it to me, and in such a way that it would have been rude for me to insist on giving it back. All I could say was Domo arigato gozaimasu, thank you thank you thank you—with great feeling.

Angela Davis-Gardner is the author of the internationally acclaimed novels Felice, Forms of Shelter, and Plum Wine, which was inspired by the time she spent teaching Tsuda College in Tokyo, Japan. An Alumni Distinguished Professor at North Carolina State University in Raleigh, Angela has won nearly thirty awards for writing and teaching. She lives in Raleigh, North Carolina, where she is recently completed her latest novel, Butterfly’s Child.

Thinking of a trip to Japan?

For up-to-the-minute hotel and restaurant recommendations, as well as the best planning advice, check out our Japan Travel Guide.