News Samantha Linnett Is This Budget Travel Hack Worth the Risk?
NewsOktoberfest: Munich Planning Plus Best of the U.S.

Oktoberfest: Munich Planning Plus Best of the U.S.

By Ben Knight
Can’t make it to Munich this year? Whether you are planning to attend Oktoberfest next year or want to make the most of Oktoberfest stateside, we have the skinny on Oktoberfest for you. So tap a barrel, grab a beer, and join the party with the immortal cry: O’zapft is! It’s tapped! 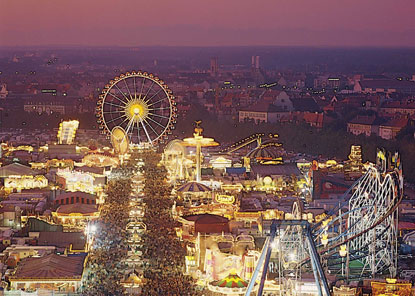 Oktoberfests can be found around the world, but the original Munich Oktoberfest has never been equaled. From September 17 to October 3, 2011 six million people will pour into Munich for the glorious celebration of beer, Bavarian culture, beer, folk traditions, and still more beer.

The Oktoberfest is one of Germany’s biggest tourist events—it’s estimated to contribute one billion euros ($1.4 billion) to Munich’s economy—so if you’re planning a trip you should plan everything at least six months in advance, but ideally by December. The next two years’ Oktoberfests occur September 22–October 7, 2012 and September 21–October 6, 2013.

Booking in advance is advisable for hotels, though you’re unlikely to get a cheap deal anywhere in the immediate vicinity of Oktoberfest. Munich is a small city with a very efficient public transport system, so traveling from the outskirts is relatively easy.

All the tents are free to enter, but if you want to sit and carouse into the evening, you need to reserve a seat. The reservations are free, but the beer tents require you to buy food and drink vouchers with the reservation. Two liters of beer and half a chicken per seat is the usual standard minimum, and the cost of these vouchers ranges from €20 to €80 per person, depending on the tent and the time of day (evenings and weekends are more expensive). The vouchers can either be sent to you by mail, or picked up from special offices in Munich up to two weeks in advance. Reservations can only be made through the individual beer tents, not through the Oktoberfest organizers. You can find the websites of the tents, plus addresses of the ticket offices on www.oktoberfest.de.

Start planning with Fodor’s Munich Travel Guide. The official Oktoberfest website includes a useful English guide to the event. The free “Oktoberfest.de” iPhone app offers guides to the tents, news on upcoming events, webcam pictures from around the Wiesn, a location feature in case you get lost, and a blood alcohol calculator. 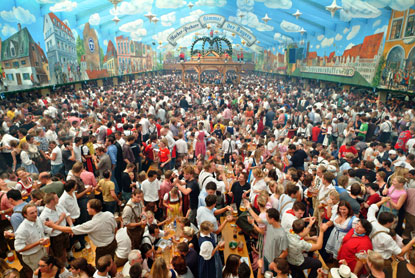 Oktoberfests in the U.S.

If you’re not in Munich for the fest, you can still listen to ompah bands, chow down on wursts and pretzels, and drink liters of bier at these stateside events. 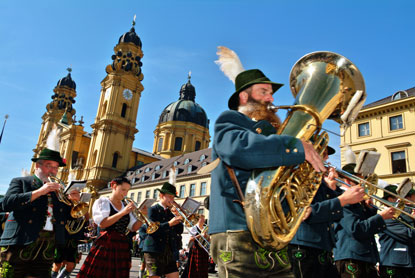 What is Oktoberfest Anyway? A Brief History

The original Oktoberfest was a royal wedding party conceived in 1810 by Major Andreas Michael Dall’Armi, an officer in the Bavarian national guard. In those days, Bavaria was a picturesque, rural, independent monarchy. The major suggested a horse race to celebrate the wedding of Crown Prince Ludwig I (the future king) and Princess Therese of Saxony-Hildburghausen. The sports event proved popular, and so was repeated every year, but it was not as popular as the barrels of beer and wagons of roasted meat that came from the countryside to feed the onlookers. Out of these catering departments, the Oktoberfest was born.

Oktoberfest by the Numbers: