Unless you genuinely enjoy paying more for your European vacation, traveling outside of peak season is a no-brainer. In most destinations, costs drop — as do the crowds — when temperatures go down. Yet must-see attractions remain open and calendars are filled with events, many of them aimed primarily at locals, which adds a welcome level of authenticity. Ready to see the continent in a whole new light? Try these three cities first. 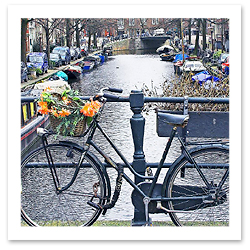 Amsterdam remains a colorful place, and not only because of its red-light district and brown cafes. The painted sunflowers in Van Gogh’s eponymous museum are just as brilliant off season, the Stedelijk Museum’s pop art is just as eye-poppingly bright, and at the Rijksmuseum, works evoking Amsterdam’s Golden Age still seem, well, golden. Better yet, you can actually see them. The Rijksmuseum, in particular is notorious for summertime crowds, and with its on-going renovation the crowds have been worse than ever because the “greatest hits” are housed in a single wing. However, with high-season hordes dispersed, art aficionados can linger in front of Rembrandt’s “Night Watch.” Other museums also shine off season, especially the Anne Frank House. After all, it is designed for quiet reflection, something hard to pull off when the place is packed.

Year-round, the best way to take in all the museums is to purchase a €17 pass for the Museumboat, a hop on-hop off canal service (complete with cruise-style commentary) that provides transportation to and admission discounts at major sites.

The Fahrenheit 411: The average high for mid-November is 49 degrees; the average low 40 degrees.

Bargain Beds: Off season, two can spend the night on a cozy self-catering houseboat for €90, courtesy of Homelidays. Other times the price balloons to €130.

Food to Warm Up With: Reflect on Holland’s colonial forays into Southeast Asia while gorging on a hot and spicy Rijsttafel, the Indonesian equivalent of a smorgasbord.

Don’t Miss This: On November 3, Amsterdam museums remain open until 2 a.m. for the annual Museum Night. 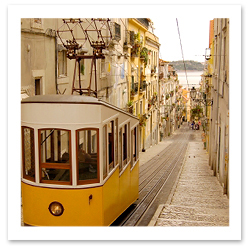 Lisbon
Like so many other European centers, Lisbon kicks off its new arts season in the fall with special shows at museums (notable among the latter is an exhibit devoted to Greek Art that opened at Museu Calouste Gulbenkian in September). But when the weather is mild it seems a shame to stay indoors. Once the summer heat dissipates you can comfortably hike Lisbon’s hilly neighborhoods (the civic tourism site has detailed itineraries with companion maps for self-guided sightseeing) or do like the locals and get yourself tickets for a Superliga football match. Those interested in venturing beyond the city limits may also make do-able daytrips to grape-growing towns like Colares, Bucelas and Carcavelos.

Rather swing than swig? Consider heading 15 miles west or northwest of Lisbon to the so-called “Golf Coast.” Portugal is a top golf destination and the eight championship courses clustered around Estoril and Sintra are open for play all year. Amateurs from around the world link up there for tournament play during International Golf Week in early November.

Promotional Airfares: Brussels to Lisbon, €49.99 on Brussels Airlines; Manchester to Lisbon from £27.97 on Thomson Fly.

Bargain Beds: That budget-friendly room you book for €45 at the Ibis Liberdade in November will cost you an extra €30 come July.

Food to Warm Up With: Mid-October through early November, sample Portugal’s culinary highlights at the National Gastronomy Festival in Santarém (40 miles northeast of Lisbon).

Don’t Miss This: If you’re not a golf or soccer fan, just be patient. The Lisbon Marathon is run in December and the Lisbon-Dakar Rally gets off to a roaring start in January. 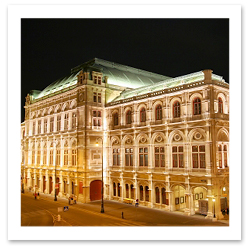 Vienna
You might not think of Vienna as an off-season hot spot, but in-the-know culture vultures do. That’s because choirs, orchestras, and other performing arts groups return to the stage each autumn after a prolonged summer break, making low season high season for music lovers. You can, for example, catch a noteworthy performance at the glittering Staatsoper (one of the world’s great opera houses) almost any night from mid-September through June. During the same period, the angelic Vienna Boys’ Choir sings Sunday morning mass in the Hofburgkapelle. Vacationers who equate music with dancing can also get into the swing of things off season. The Viennese ball season begins November 11; then comes to its dizzying climax in January and February.

Prefer to make your move in the great outdoors? Fresh air fans can exercise their options with a brisk fall walk on the Stadtwanderwege. Two marked trails bisect the city and 11 more wind around the outskirts, giving free access to vineyards, farmlands, and the fabled Vienna Woods.

The Fahrenheit 411: The average high for mid-November is 47 degrees; the average low 37 degrees.

Promotional Airfares: Munich to Vienna, €29 on Air Berlin; London to Vienna, £20.99 on EasyJet.

Bargain Beds: Through Orbitz you can score a double room at the stylish Das Tyrol, a boutique hotel close to the MuseumsQuartier, for $147.50 in mid-November. Book a night in mid-July and you’ll pay $198.

Food to Warm Up With: Gutbürgerlich (Austria’s hearty home cooking) is best appreciated in cool weather. Anyone for bacon-stuffed dumplings and a warm cabbage salad?

Don’t Miss This: Get a head start on your holiday shopping. The Vienna Christmas Market sets up in front of City Hall November 17.