News Apeksha Bhateja What Are the Chances You'll Get Monkeypox at a Hotel?
NewsOceania Cruises to Offer Summer World Cruise in 2015 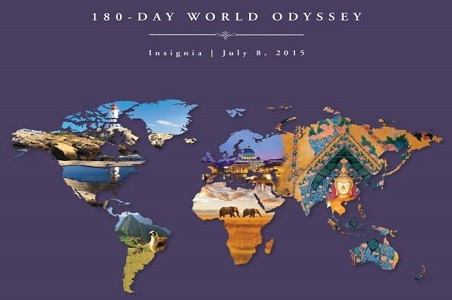 If you’ve been researching world cruises, you’ve realized by now that they generally embark in January. Oceania Cruises has turned the concept of world voyages on its head and just unveiled its second 180-day World Odyssey, which sets sail on July 8, 2015.

This unconventional itinerary starts (and ends) in Miami and takes the 684-passenger Insignia—one of Oceania’s popular R-class ships— north to call upon ports in New England and Canada before heading across the Atlantic for a week exploring Greenland and Iceland. Then, the ship traverses the Norwegian Sea to spend the first few weeks of August visiting the fjords of Norway before heading south through Germany, the Netherlands, Belgium, and England.

Insignia then calls on ports in France, Spain, and Portugal, before squeezing through the Strait of Gibraltar on her way to the most beautiful ports of the Mediterranean, like Barcelona, Livorno (in Tuscany), and Rome. By September, the ship will visit Greece, Cyprus, and Israel before transiting the Suez Canal to cruise the Red Sea in search of Middle Eastern ports. 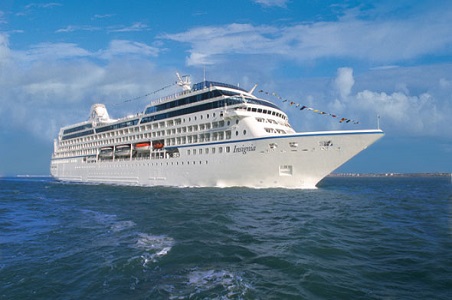 After three months onboard, guests will look forward to the next segment that explores India and Southeast Asian countries from Myanmar to Thailand to Malaysia. Bucket list stops in the Maldives and the Seychelles are highlights before Insignia visits Africa, where the ship will spend Thanksgiving through mid-December. The world odyssey comes to an end with an Atlantic Ocean crossing followed up by Christmas and New Year’s in the Caribbean before returning to Miami.

This cruise promises to be something out of the ordinary. The voyage—with fares starting at a deep-pocketed $44,999/person—is on sale now and Oceania is offering two-for-one cruise fares, complimentary first-class round-trip airfare, prepaid gratuities, free luggage delivery and laundry services, unlimited Internet, a one-night pre-cruise stay at a luxury hotel, and more.