What’s the best musical on Broadway? It depends on who you ask. Just because a show has received three Tony’s doesn’t mean it’s best for your son’s youth group or your 89-year-old aunt. If you’ve been saddled with the daunting task of picking the perfect play for your respective gang’s NYC trip, you’ll need to do a little research. The six shows below are consistently recommended by savvy theatregoers in Fodors.com’s Talk forums. 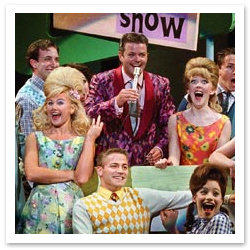 Teens too old for Disney are not too cool for this flat-out fun musical based on the 1988 film of the same name. It’s campy and clever. Neil Simon Theatre, 250 West 52nd Street. 212/307-4100. www.hairspraythemusical.com

Playbill Notes: There are several teen-friendly plays — Rent, The Wedding Singer, and Wicked, among others.

If you’re set on dragging your partner, an anti-theatre type, to a Broadway play, don’t drag him to a somber classic and hope for the best. Witty silliness might be a better idea, and you couldn’t do better in this regard than Spamalot. Rolling one’s eyes at this show is a sign of approval. Shubert Theatre, 225 West 44th Street. 800/432-7780.www.montypythonsspamalot.com. 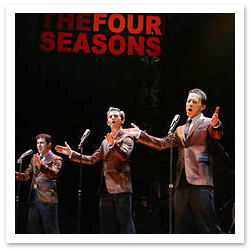 After winning a Tony for Best Musical, the show that’s sure to immortalize Frankie Valli and the Four Seasons is one of the city’s hottest tickets. Mezzanine and Orchestra Partial View seats are sold out through November; closer seats aren’t available before January 2007. But if money is no object, premium seats are often available, even when a show is declared sold out. Expect to pay $250-$350 for the best seats. August Wilson Theatre. 245 West 52nd Street. 800/432-7780. www.jerseyboysbroadway.com.

Playbill Notes: Another music icon’s hits will be brought to the stage starting September 25 when the Bob Dylan-inspired The Times They Are A-Changin’ debuts at the Brooks Atkinson Theater.

This colorful Disney musical is a good pick for parents searching for a family show that won’t scare their youngest or bore their eldest. The familiar story and elaborate, colorful sets will make for a memorable introduction to the world of theatre. Minskoff Theatre, 1515 Broadway. 212/869-0550. www.ticketmaster.com 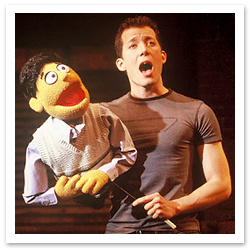 If you’re cutting loose in the big city with three of your closest girlfriends, you certainly have plenty of shows to choose from. Light, humorous, and a little sexy, Avenue Q fits the bill. While this creative musical incorporates puppets, it’s not ideal for young people. Golden Theater, 252 West 45th Street. 800/432-7250. www.avenueq.com.

Playbill Notes: If you’re in the mood for a darker coming-of-age tale that doesn’t utilize puppets, you might enjoy Rent.

While not a totally fool-proof choice, innuendo-laden Dirty Rotten Scoundrels draws audiences of all ages. If you’re trying to satisfy multiple generations, like your grownup kids and their grandparents, this show might be the ticket. Imperial Theatre, 249 West 45th Street. 800/432-7250. www.dirtyrottenscoundrelsthemusical.com.

Written and compiled by Katie Hamlin