News Sorrel Moseley-Williams The New President of Chile Has Chosen a Very Unusual Place to Live
NewsNova Scotia: 5 Reasons to Go this Summer

Devotees know that Nova Scotia is a four-season destination, but July and August are undoubtedly the best months to visit Canada’s southernmost Atlantic province. Temperatures are ideal (Halifax, the capital, has average summertime highs of 72 degrees), the festival calendar is full, and service providers—from outfitters to seasonal inn operators—are all geared up. Here are five more reasons why you should start packing now. 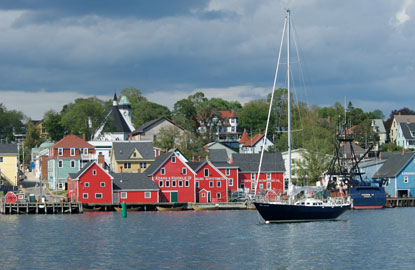 The South Shore’s Lighthouse Route has more than 20 beautiful beacons—including those at Peggy’s Cove and Cape Forchu. Yet this storied stretch is equally famous for postcard-perfect towns. Lunenburg, 70 minutes below Halifax, is Exhibit A. Founded in 1753, it ranks among Canada’s prettiest towns thanks to an eye-popping assortment of heritage buildings that range from grand churches and gracious homes to brightly-painted boutiques, hundreds of which are protected by a UNESCO World Heritage designation. The town’s top attraction is the Fisheries Museum of the Atlantic: formerly a fish processing plant, this candy-apple edifice now dominates the waterfront.

Don’t Miss: Lunenburg wharves will be especially busy July 25 to 29 when they host the Tall Ships Festival followed by the Classic Wooden Boat Reunion showcasing schooners and other vintage craft. 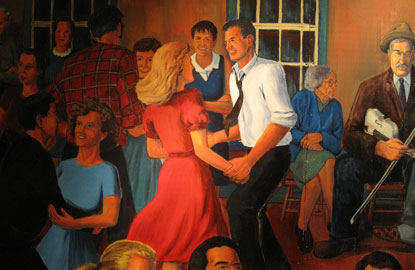 Nova Scotia means “New Scotland” and the connection is clearest in Cape Breton. Not only does its landscape have a distinct highland feel, the hills are alive with the sound of music… Gaelic–inflected fiddle music, that is. In Inverness County, on the Western Shore, you can learn about the who-what-why at Judique’s artifact-filled Celtic Music Interpretive Centre; then make a pilgrimage to Mabou’s Red Shoe Pub, which is owned by the Rankins (the first family of Cape Breton music). Both feature live acts daily in summer. Afterwards, attend a traditional ceilidh (KAY-lee): fun fiddling and step dancing parties held in community halls county-wide.

Don’t Miss: For a floor-shaking, rafter-rattlin’ island experience, take in the exuberant concert-ceilidh-square dance combo staged in The Barn at the Normaway Inn Wednesdays nights in July and August. 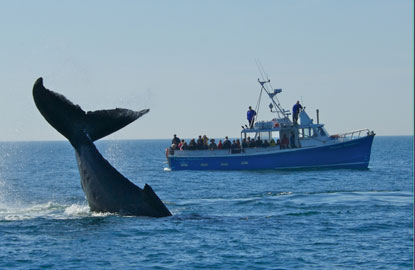 Plankton and assorted other edibles churned up by the world’s highest tides (water levels rise a whopping 52 feet at peak times) make the Bay of Fundy a veritable smorgasbord for whales. Hence humpbacks, finbacks, minkes plus a dozen other species swim through to gorge on their dietary staples from late spring until early fall. To see them breech and blow, take a naturalist-led whale-watching cruise from Long Island or Brier Island. Many operators guarantee sightings and the possibility of spying dolphins, seals, porpoises, and puffins en route is an added incentive. If you’re exploring Cape Breton rather than the Fundy region, book an excursion out of Pleasant Bay near the island’s northern tip instead.

Don’t Miss: Whales aren’t the only creatures that feed in Fundy. Each summer, hundreds of thousands of migrating shorebirds flock to Evangeline Beach by Grand Pre to feast off the exposed ocean floor. 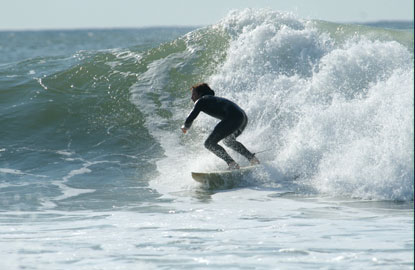 Nova Scotia is rightly nicknamed “Canada’s Ocean Playground” since locals and visitors alike love to splash out along its 4750-mile coast. Kayaking, sailing, canoeing, deep-sea fishing, scuba diving: take your pick. There are, however, unexpected choices too—most notably surfing. The province isn’t on par with California or Hawaii, but surfers undaunted by cold water are being increasingly drawn to the big waves that break on the Eastern Shore above Halifax. Join them at Happy Dudes Surf Emporium where you can rent equipment and take lessons near both Martinique Beach and Lawrencetown Beach. Short, all-inclusive surf camps are also available.

Don’t Miss: The collision between Fundy’s ebbing and incoming tides produces 12-foot waves, and you can raft the white water that results on Nova Scotia’s longest river with Shubenacadie River Runners. 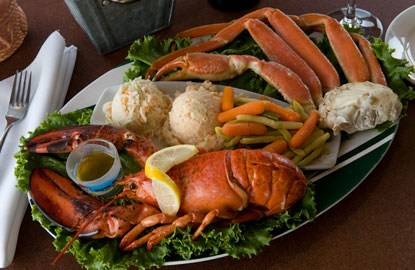 It seems fitting that a province shaped like a lobster claw would provide plenty of opportunities to dine on the King of Crustaceans. Fans can sample it every which way (lobster benedict, anyone?) almost everywhere from splurge-worthy temples of gastronomy to the local McDonald’s outlets (yep, they serve a surprisingly tasty McLobster Roll). When authenticity counts, try a dockside diner or, better still, an old-school community supper. The latter, sometimes held in conjunction with festivals like Pictou’s Lobster Carnival, sometimes as fundraisers for churches or charities, promises long tables, low prices, and plastic bibs to catch the dripping lobster juice.

For more on the area, check out our Starter Kit to Nova Scotia.

Having completed a trip around the world last year, frequent Fodor’s contributor Susan MacCallum-Whitcomb can now say with some certainty that there’s no place like home. When not on the road, she lives happily in Halifax with her husband and two children.