News Apeksha Bhateja What Are the Chances You'll Get Monkeypox at a Hotel?
NewsWe Need to Talk About Overhead Bins

We Need to Talk About Overhead Bins 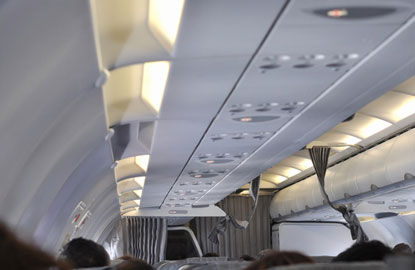 Ask any flight attendant and they will tell you: The best time they had flying started in August 2006 and lasted for about a month.

That’s when British authorities uncovered a plot to blow up transatlantic airliners using explosive liquids in carry-on bags. (Stay with me.) Overnight, authorities around the world banned all liquids but baby formula on tens of thousands of flights.

At first, we were all freaked out about what could have happened. I certainly eyed a few ketchup packets with suspicion.

But the net effect of the liquid ban was glorious. Suddenly, all passengers had to check their bags. The overhead bins were empty. The boarding process went from a 40-minute wrestling match to a five-minute meet-and-greet.

Nobody argued. No one got hit in the head. People stayed seated when the seatbelt sign was illuminated.

But like any dream, it had to end. In September, the Transportation Security Administration amended the liquid law to the current "3-1-1" policy. And the roll-aboards slowly rolled back on board.

Then, in 2008, skyrocketing fuel prices "forced" airlines to start charging for checked bags, and cabins have resembled Christina Aguilera ever since: squeezed in tight and with lots of attitude.

After years of lifting, yanking, squishing, hanging, swapping, gate-checking, and occasionally breaking up a fight, I have a few tips for navigating that begrudgingly shared space.

But before I start lecturing, I want to invite you over to my side of things. And since I can’t offer you a free cocktail from this vantage point, here, for your reading pleasure, is a list of the craziest things my colleagues and I have ever seen in an overhead bin.

1. A wooden horse wearing a hoodie

3. A fish tank, complete with water and fish, which promptly tipped over and drenched passengers on takeoff

7. Mother’s ashes (also not that uncommon—and it’s always a mother)

8. Dishes, so many dishes

9. An old rotary phone duct-taped into a wok

10. A small rolling suitcase filled with 57 pounds of frozen quail

Please, I beg you. Check your bag. It won’t get lost and it’s so much easier, I swear.

Not going for it? Didn’t think so. Okay, here goes:

Place your bag with the wheels facing out. I have no idea why this works. I only know that it does. It doesn’t make sense—a rectangular bag should fit the same no matter how you approach it! But have you ever given up getting your bag to fit in the bin, only to have a flight attendant easily manage to do so? I bet you anything she turned it with the wheels facing out. These days, most luggage designers have added a handle to the bottom of their rolling suitcases for this exact purpose.

Don’t even think about putting your bag in the first bin and then walking to the back. If you’re a savvy traveler, then you probably already know that we close the forward bins to reserve them for the people in bulkhead rows, since they’re required to put everything up for takeoff and landing. But why should you care? Well, first off, you’re causing a delay while I search around for an empty spot for the bulkhead bags. Second, if I say "Who’s bag is this?" and nobody answers, that’s a security risk and I may remove it from the aircraft. Now do you care?

Hold your coat until the end. Again, I’m not just saying this because it’s easier for me to fit more bags. (Although it is.) It also prevents your coat from being damaged. Did you ever hear about the flight where the overhead bin caught on fire? A member of the paparazzi, on his way to cover a celebrity overdose, put his huge video camera (which he left turned on, tsk tsk) in the overhead bin, right on top of a fur coat—the perfect kindling. Thankfully, the flight attendants extinguished the blaze and the plane landed safely. Believe me, I would rather put your coat up for you at the end of boarding than have you toss it up there willy-nilly. Same goes for that sombrero you picked up in Puerto Vallarta. Squish.

Closing the bin without slamming it—it IS possible! Here’s what you do: Hold the latch open with one hand. Raise your other hand over the bin lid and gently guide it closed. Now here’s the secret: Reach around the back of the lid and slowly pull it toward you. Fshh. That’s the soft sound of a bin closing quietly. It’s a beautiful thing.

Photo credits: Interior of an airplane via Shutterstock