On Tuesday, we all lost a much-loved though understated legend. Nora Ephron passed away at the age of 71, leaving behind family, friends, and a legacy of iconic films. The writer/director/producer left her touch on some of the most recognizable scenes in with movies like When Harry Met Sally and Sleepless in Seattle. Recent films like Julie and Julia, which Ephron wrote, directed and produced, demonstrated the enduring quality of her work, especially in the way she cast the nuances of relationships between men and women.

But more than her character details and endearing dialogue, Ephron left us with a love of location, infusing her characters with a sense of place. New York City in particular served as the setting, and in many ways, a thematic catalyst, in some of her most famous films. Here is a by-no-means-complete list of some of Ephron’s most iconic New York spots. 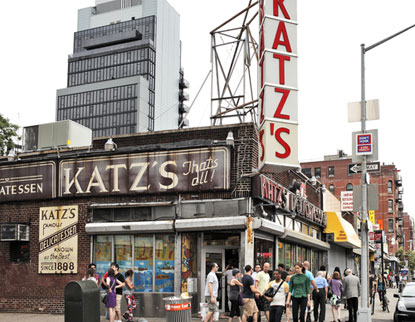 Since 1888, Katz’s Delicatessen on Houston Street has been a New York City culinary landmark, serving up sky-high corned beef and pastrami sandwiches, egg creams, and hot dogs to gratified patrons. Ephron added another glittering layer of fame when she set the most recognizable scene from 1989’s When Harry Met Sally there.

In the legendary (and oft-referenced) scene, Harry (Billy Crystal) and Sally (Meg Ryan) discuss the, er, finer points of male and female under-the-sheets action over lunch. Sally becomes, ahem, vocal as she demonstrates just how convincing women can be when it comes to "faking it." As her cries of mock ecstasy finish echoing through the deli, an older woman at a nearby table utters the undying line, "I’ll have what she’s having." It was as much a play on the been-there, seen-it attitude of New Yorkers as it was a hilarious moment in movie history. 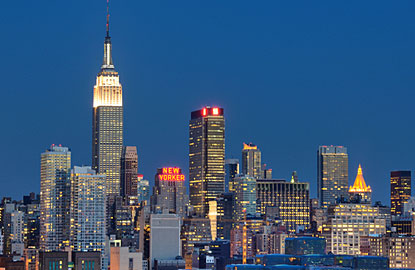 Okay, so 99% of the action in Sleepless in Seattle takes place outside of New York City. Tom Hanks’ character Sam lives in, yes, Seattle and Meg Ryan’s character, Annie, in Baltimore. But when you think of the most romantic and satisfying scene in the movie, it has to be the last, on the observation deck of the Empire State Building. Sam’s young son, Jonah, has flown by himself to New York City (ah, the devil-may-care days of the early 90s) to meet the woman he’s convinced should be his new mom and Sam’s new wife.

On the deck, overlooking the rest of the city, Sam and Annie’s final meet-cute, witnessed by only Jonah and an elevator operator, is a little bit of movie-writing kismet. The stars align, the music starts, and love sparks, ready to ignite. Yes, the Empire State Building is inherently romantic, but Ephron made it magical. 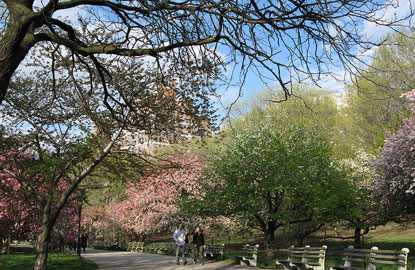 Ephron wrote, directed, and produced You’ve Got Mail (1998), a look at love in the digital age (which seems funny and archaic now). But more than that, the film was a love letter to New York City. There are many recognizable spots in the film, but perhaps the most important is Riverside Park where in the last scene Meg Ryan’s character and Tom Hanks’s character (those two again!) finally make their virtual love a reality.

Since 1875, Riverside Park, a four mile stretch of park along the Hudson River on the Upper West Side, has provided New Yorkers with an urban oasis. Designed by the Frederick Law Olmsted, who also brought us Central and Prospect Parks, it is one of eight designated scenic landmarks in New York City.

So, thank you, Nora, for letting us see the sometimes silly, often-nuanced, and very human side of this golden, glittering city, and of ourselves.