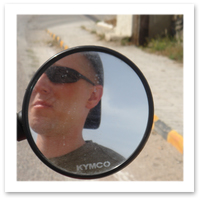 The first (and most important) piece of advice that I can give anyone about tipping is that you absolutely have to do your homework. So many people just set off on a trip without learning anything about the place. Why would you not want to know what people expect in terms of tipping? Just remember to do your homework and it will all become less stressful.

Five Simple Rules to Help You Be a Better Tipper

1. The magic number is 15. One simple number that will get you far almost anywhere in the world: 15, as in 15%. In almost any situation, if there’s no service charge, a tip of 15% will work. It might also be considered exceedingly generous, so check on the norm in your destination. True, in major cities in the U.S. that number is edging up, so 18% is considered the baseline in New York for a reasonable tip, but almost anywhere in the world you won’t be spat upon or called dirty words if you tip simply 15% (assuming there’s no service charge).

2. The other magic number is 1. That’s $1, or rather the equivalent to $1 in the country where you are traveling. This is the amount you give when someone does something for you. So if you are in India, 50 rupees will work for a bellman; in Europe, 1 euro will work; in Britain, it’s a pound (remember that everything in Britain costs 1.5 times as much as in the U.S.); in Thailand, it’s 50 baht; in Egypt, it’s about 5 Egyptian pounds Round up where necessary and where it helps you find a suitable coin or bill for the task.

3. A service charge does not mean a tip is not expected. In most other parts of the world outside the U.S. (except perhaps the UK), you’ll often find a service charge on your bill at a restaurant. However, this doesn’t mean that you shouldn’t still tip a little something. In Germany, it’s usually just the change (you round up); in other places (Paris, for example), you might tip as much as 3 or even 4 euros in a fairly nice restaurant if you order a full meal; and in a place like Hong Kong, where the service charge rarely finds its way into the hands of the server, you might tip as much as 10%. The trick is that you tip in cash, even if you pay by credit card or charge something to your room in a hotel. Once you do your homework and know the standard practice, this part is easy.

4. Don’t forget to tip the hotel maid each morning. The least-paid person in the hotel can do the most for you on a daily basis, especially if you leave a euro or two on your pillow every morning when you leave for the day. Want some extra shampoo or conditioner? Want some extra towels? Want your room cleaned earlier? Leave a little something every day, and you’ll probably get more attentive service. Just one rule of thumb here: leave the money every day since the maid may get a day off (you hope), and leave it in a prominent place (such as on your pillow) so that the maid knows it is a tip.

5. They don’t want your dollars. You shouldn’t feel strange tipping reasonably well, especially in less-developed countries. People take service jobs to earn money to put their kids (or sometimes themselves) through college and to live a decent life. And to think that the staff will appreciate a “little gift” of something you want to dump is a little condescending. Nor do they want your dollars. Except in a few specific places where the U.S. dollar is still particularly highly prized (the Philippines, most Caribbean countries, the touristy parts of Mexico, on a big American cruise ship), you aren’t doing anyone a favor by giving them your home currency. They are going to have to change that money (at a loss) into their local currency to spend it. Every time money is exchanged, it loses a little value.

1. Don’t stiff the staff on your cruise ship. Cruise staff depend on tips for their livelihood. Even if you think the head waiter didn’t do anything for you, it’s not ok to strike his or her tip from the roster. That person might have a family back home; he or she certainly needs to live. It’s kosher to add but not subtract from the suggested amounts.

2. Don’t stiff your server, even if the food is bad. Whether you are in a diner in Missouri or a restaurant in Istanbul, the quality of the food should not affect your tip. Your server is the one who brings the food to you, not the one who makes it. It’s important that you don’t confuse the two things. The only time it is appropriate to stiff a waiter is when he/she is being rude or ignoring you, and even then I’d probably tip 15%.

3.Don’t refuse to tip on principle. Yes, it’s probably wrong that most of the service personnel in the world aren’t paid a living wage. That doesn’t make it ok for you to withhold your tip. Where tipping is the norm, do it. Argue the principles when you get home.

4. Don’t be miserly. Yes, in some countries, the average daily wage is a dollar or less, but for you, that dollar is just a dollar. I know there are people who think Americans are ruining the world by tipping too much, but if you can afford it, why hold back. (There, I just contributed to tip inflation all over the world, and I’m not sorry.)

Have a travel challenge that you want to see Doug tackle in a future column? Have a comment about this blog post? Write to Doug at [email protected]