Google has already made life easier for travelers in recent years with its advanced search tools for flights and hotel rooms, but the company recently released two new search features and one app update that will make traveling more efficient and maybe even a bit more educational.

In addition, some tweaks were made to the Google Translate app to allow for faster translation via microphone in 40 languages. Together, these features make the app incredibly useful, whether you want to translate menu items on a foreign menu or give directions to a driver in his native tongue. 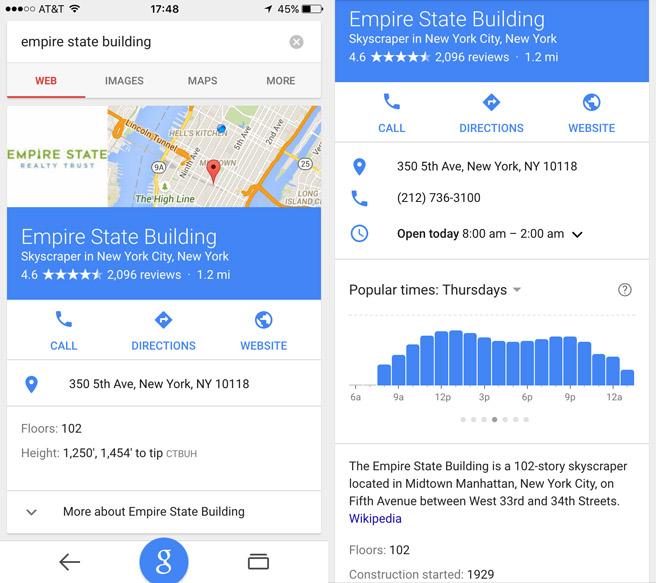 Google Now is an intelligent personal assistant similar to Siri and Cortana. It is available within Google Search, the Google app, and if you're an Android user, through the quick search bar at the top of the screen. To access, simply tap the microphone icon or say “OK Google” and ask a question.

With the latest addition, Google uses the location of your mobile phone to add context to your searches. For example, if you are taking a stroll in Central Park and ask, “What is that castle?”, you'll get a response with information about Belvedere Castle. Asking, “How tall is it?” while walking in Midtown will result in information about the Empire State Building.

This can be especially useful in new places where you might not know what's around you and want information. It's also useful if you are outside a restaurant with a very long or unpronounceable name—just ask, “Is this place good?” and you'll receive reviews and the ability to make a reservation. 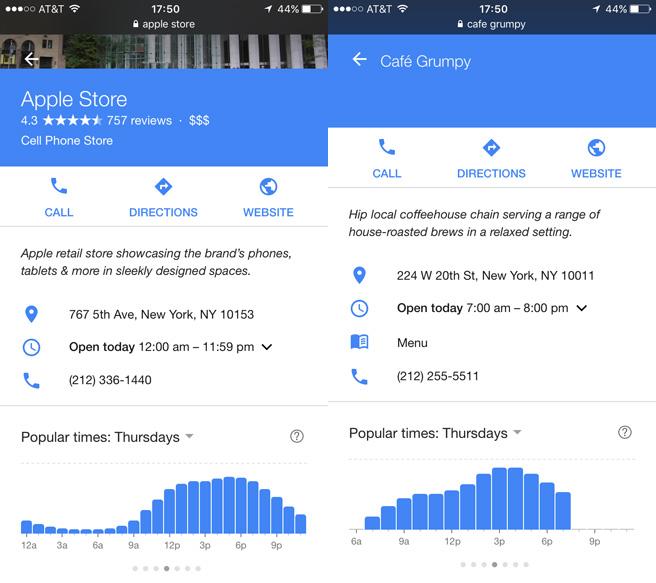 If you hate crowds, this feature is for you. When searching for a location on a mobile device, the Places listing now provides information on foot traffic in a chart called “popular times.”

To access this chart, search for your destination and tap “More about [search topic],” and more information will drop down, including popular times. Swipe left and right to scroll through all the days of the week. Use it to avoid lines at the Empire State Building, get your iPhone fixed quickly, or grab an espresso at Café Grumpy in less than ten minutes.

So how do they get this information? According to an earlier blog post from Google, when a user enables My Location within Google Maps, anonymous bits of data are sent back to Google describing how fast they're moving (useful for traffic data) and of course, where they are. By compiling this data, it can approximate the busiest times at millions of locations across the globe.