National Parks Alex Schnee You Can Visit the 'Into the Wild' Bus. But Should You?
PHOTO: ThroughLensPhotosNVideos/Shutterstock

The National Parks are a treasure shared by the American people…for now.

Few things are as indisputably sacrosanct as National Parks. They represent the best the country has to offer. They provide us with the opportunity to unearth the qualities that make up our best selves. They protect and preserve our greatest natural treasures in a modern world actively looking to annihilate our rarest resources all in the name of short term profit.

But, instead of protecting this noble tradition, the Trump administration is currently considering changes to the National Parks that can be described, in the kindest possible terms, as brazenly crass.

The changes were suggested in a memo from the Interior Department’s “Made in America” Outdoor Recreation Advisory Committee. It proposes that parks should expand Wi-Fi service, have food trucks, and allow for Amazon deliveries at campsites. Additionally, they’re considering a change that would do away with senior discounts at park campgrounds during peak season periods.

The memo states that “There is also broad consensus that the current national park campground system, largely operated by Federal employees, combines inadequate and outmoded visitor infrastructure with a need for both capital and operating subsidies with appropriated funds.” And that campgrounds’ infrastructure “with few exceptions, fails to meet expectations of the contemporary camping market.” It bemoans that “the challenges facing campgrounds make the system an underperforming asset.”

If grossly capitalistic phrases like “underperforming asset” and “contemporary camping market” being thrown around in reference to our National Parks doesn’t fill you with a deep, existential despair about the priorities of the people who are supposed to have the parks’ best interest in mind, then you’re probably someone that stands to make money off the further privatization of National Parks.

Well, it turns out, those people who are supposed to have the parks’ best interest at heart—the leaders of the “Made in America” Outdoor Recreation Advisory Committee—are the same people that stand to profit off of the parks’ privatization. 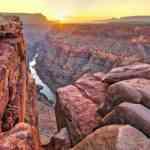 RELATED STORY
National Parks Will Change Your Life–So Go, Before It’s Too Late

The committee was set up in 2017 by then Secretary of the Interior, Ryan Zinke, whose environmentally detrimental policies included (but were by no means limited to) rolling back a ban on lead bullets for hunters, reducing the boundaries of National Monuments, and lifting an import ban on elephant and other big-game “trophies.” The Washington Post reported that the committee came to fruition after outdoor recreation “industry representatives urged Zinke to establish the new recreation panel to provide their clients a greater voice in shaping Interior Department policies.” And that during the selection process for establishing who would serve on the panel, three people were flagged as having a potential conflict of interest because they either advocate on behalf of or represent National Park Service concessioners or were themselves “current concessionaires with the NPS.” All three were appointed to the committee anyway.

This all falls in line with the Trump administration’s track record of pushing the National Parks Service toward privatization. If the interests of third party money grubbers are allowed to continue to encroach on our parks, we’ll be looking at a dystopian future where you’ll be lucky if you can spot El Capitan through the haze of holographic billboards.