News Apeksha Bhateja Europe's Airports Are Chaos This Summer. And Now There's Another Problem
All Photos Courtesy Of @thebrownvanlife

Since Kartik Vasan and Smriti Bhadoria started their journey in 2020, they’ve clocked more than 12,400 miles and don’t intend to stop anytime soon.

While the idea of vanlife–the term for living out of a van–has quickly gained popularity in the past few years, the decision to embark on the journey isn’t so simple for many people of color. Kartik Vasan and Smriti Bhadoria, who goes by the nickname Sim, of @thebrownvanlife experienced these hurdles firsthand. Their hope is to serve as a blueprint for others who are inspired to step into vanlife, normalizing diversity in the nomadic community and in the outdoors, both of which are dominated by a white majority.

When the couple first told both sets of parents about their plan to downsize and live out of a van that they–with no previous experience—planned to build into a camper van, their families didn’t take it seriously.

“They just thought we would be using it on the weekends, like camping,” said Sim. “They didn’t realize it was a long-term lifestyle. When we actually had that conversation in 2019, that’s when everyone was like oh god, this is happening!” 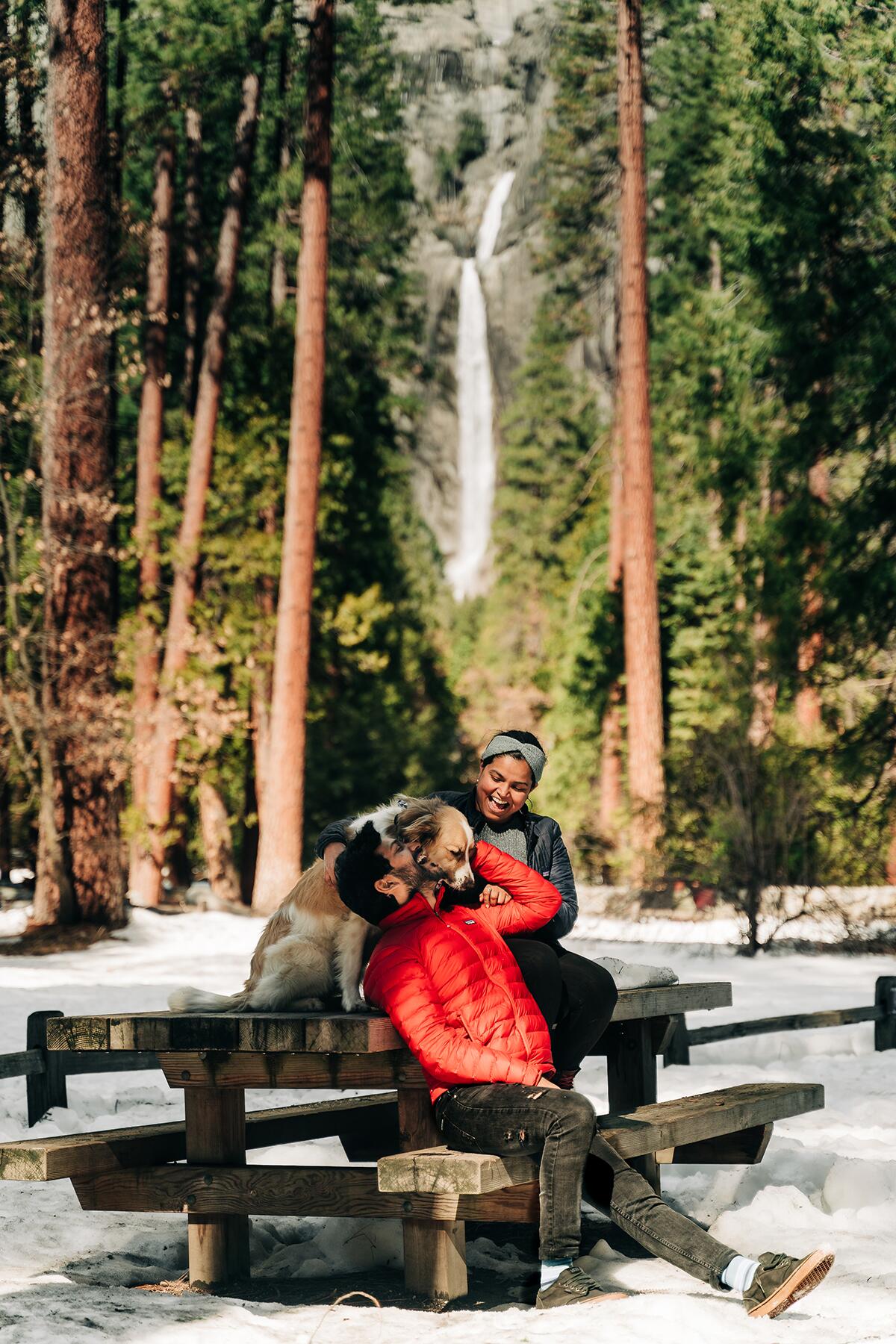 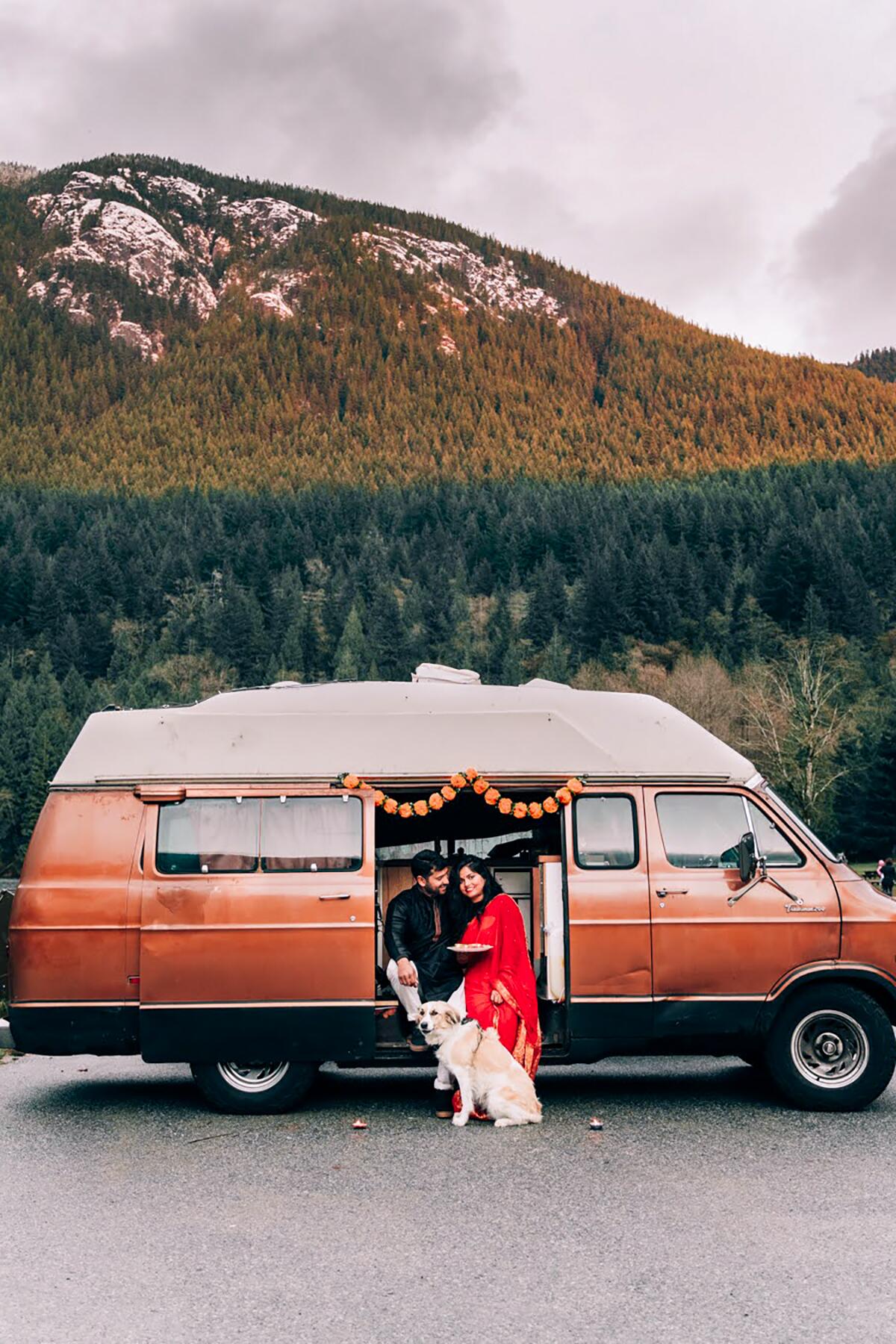 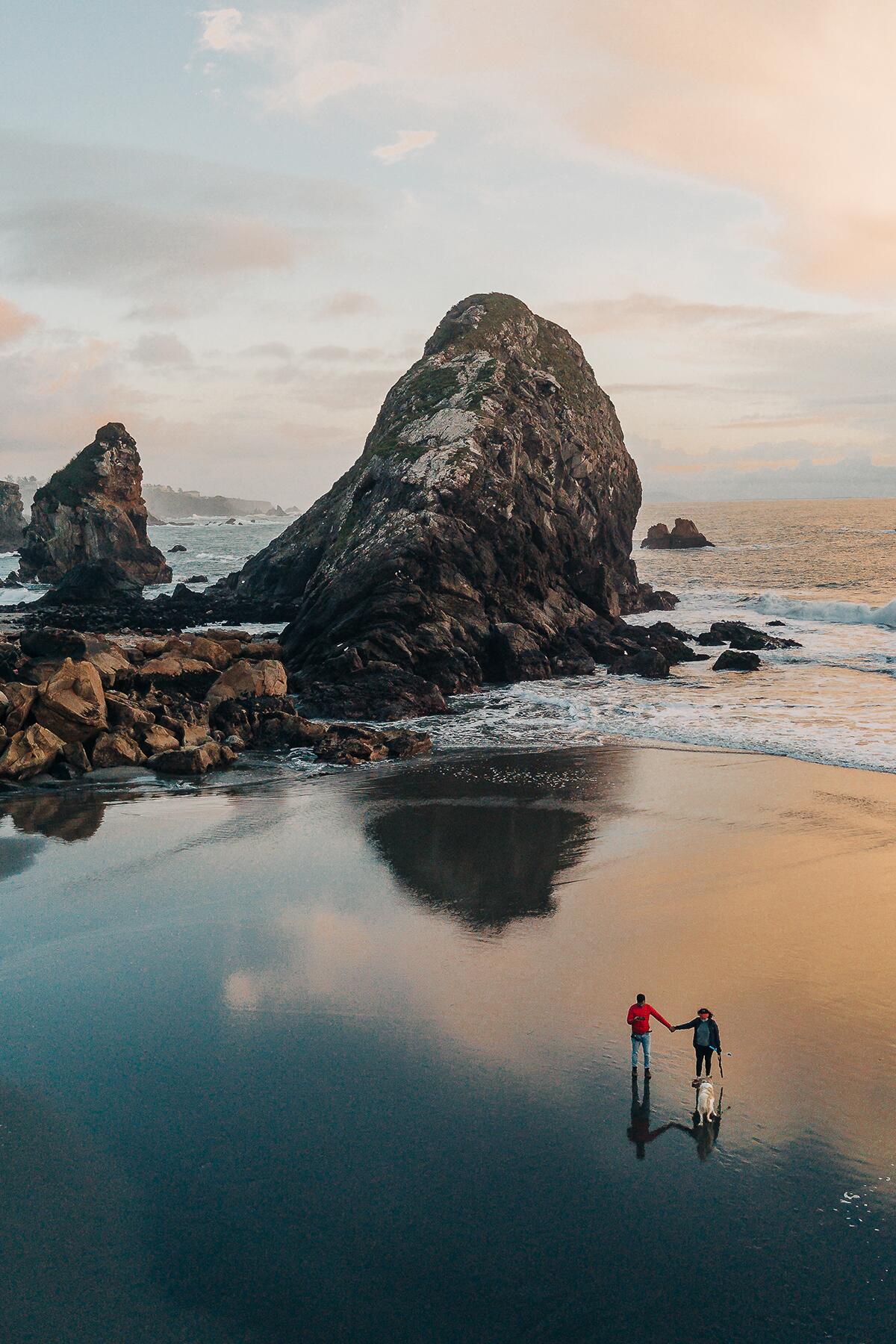 This wasn’t the first time the couple introduced unusual ideas to their families. When the now-avid campers first began camping, their parents were flummoxed.

“They didn’t understand why we would go out in the wilderness and live in a tent when we had a proper home,” said Kartik. “We kept showing them pictures and videos, and eventually they understood why we like camping.”

Ironically, Sim’s first encounter with vanlife was in the Bollywood movie Swades where the main character lives out of his van while visiting his hometown in India.

As their parents took in the idea, one major issue emerged: Sim and Kartik weren’t married. Since marriage was already in discussion, the couple decided to get married before they started off. 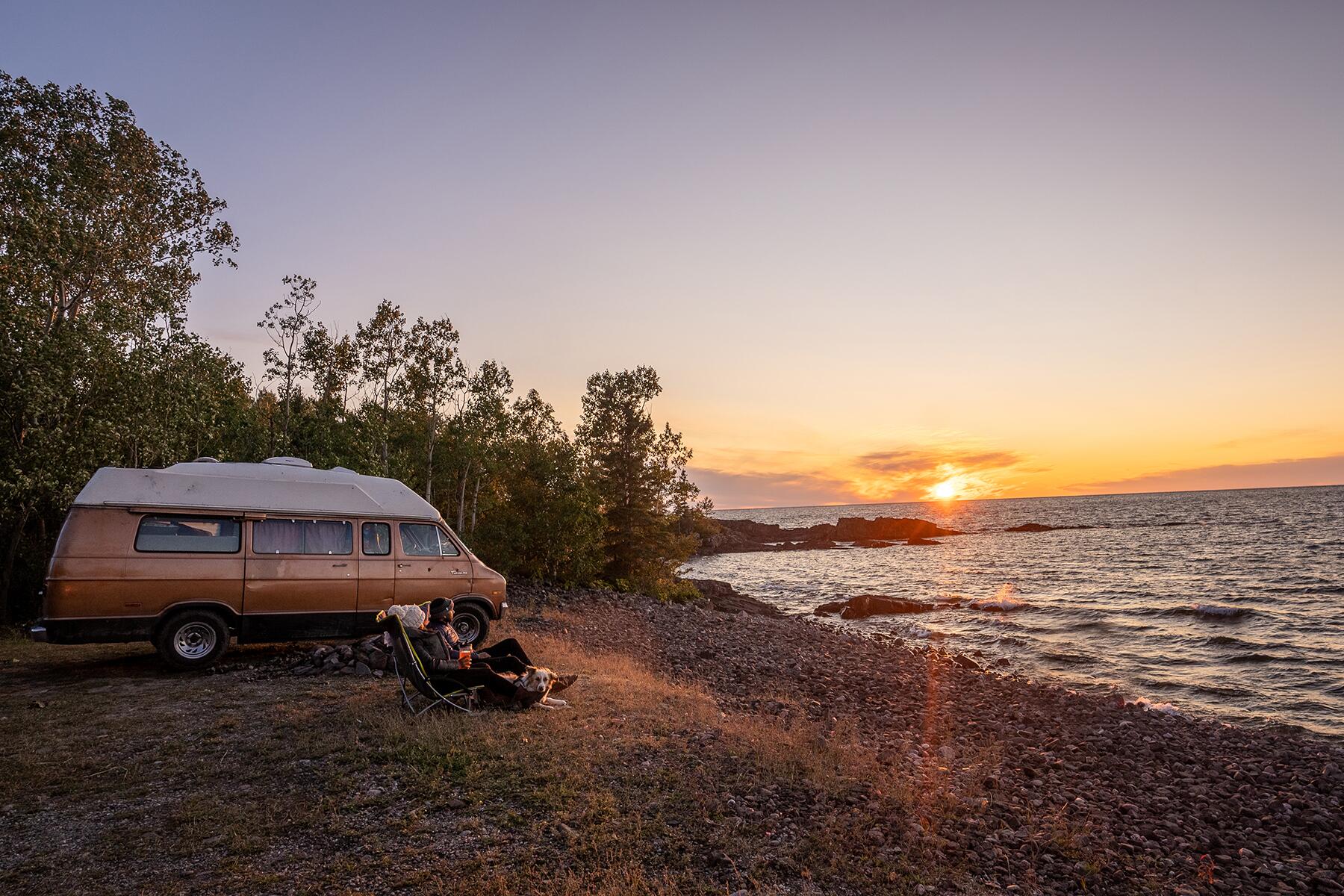 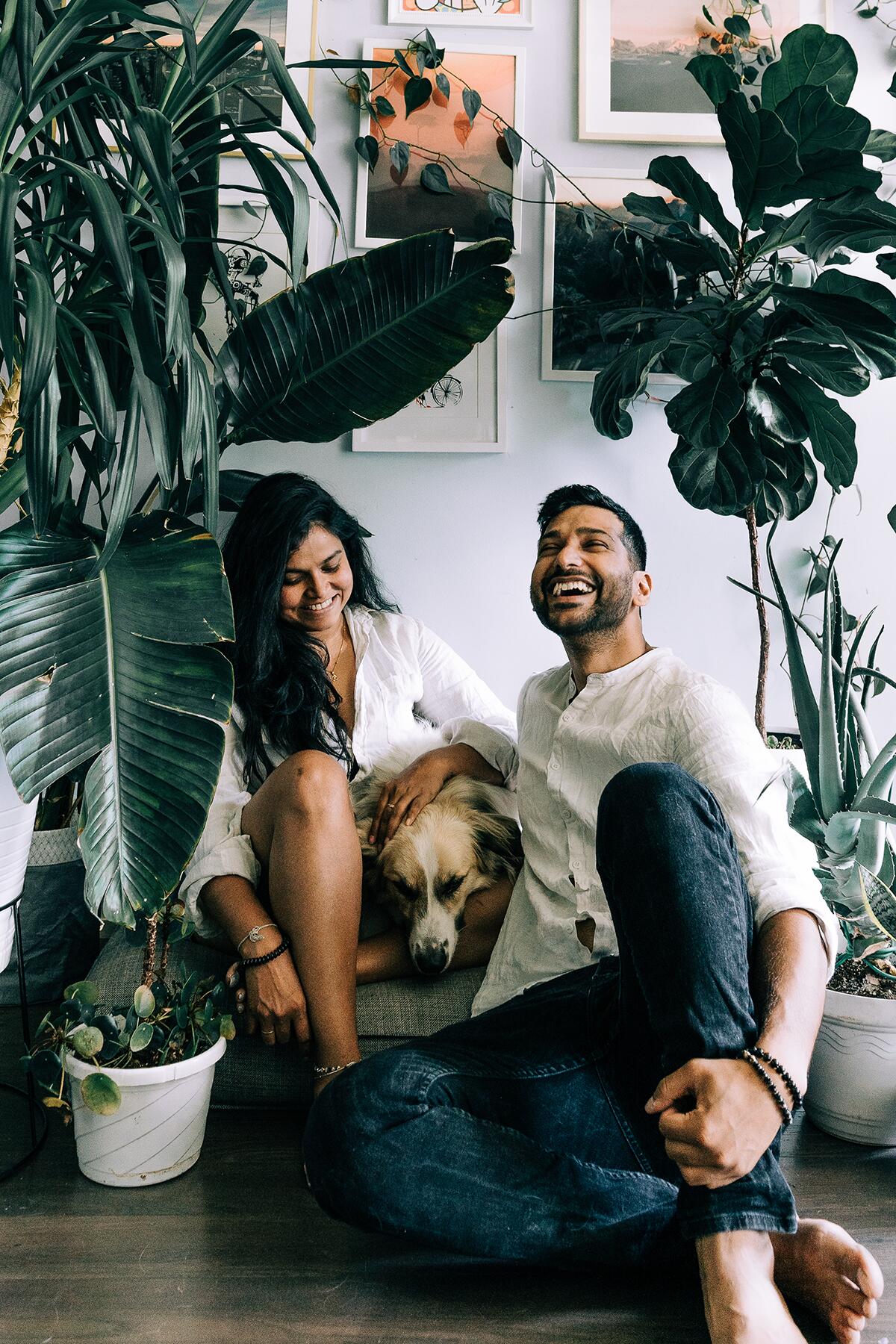 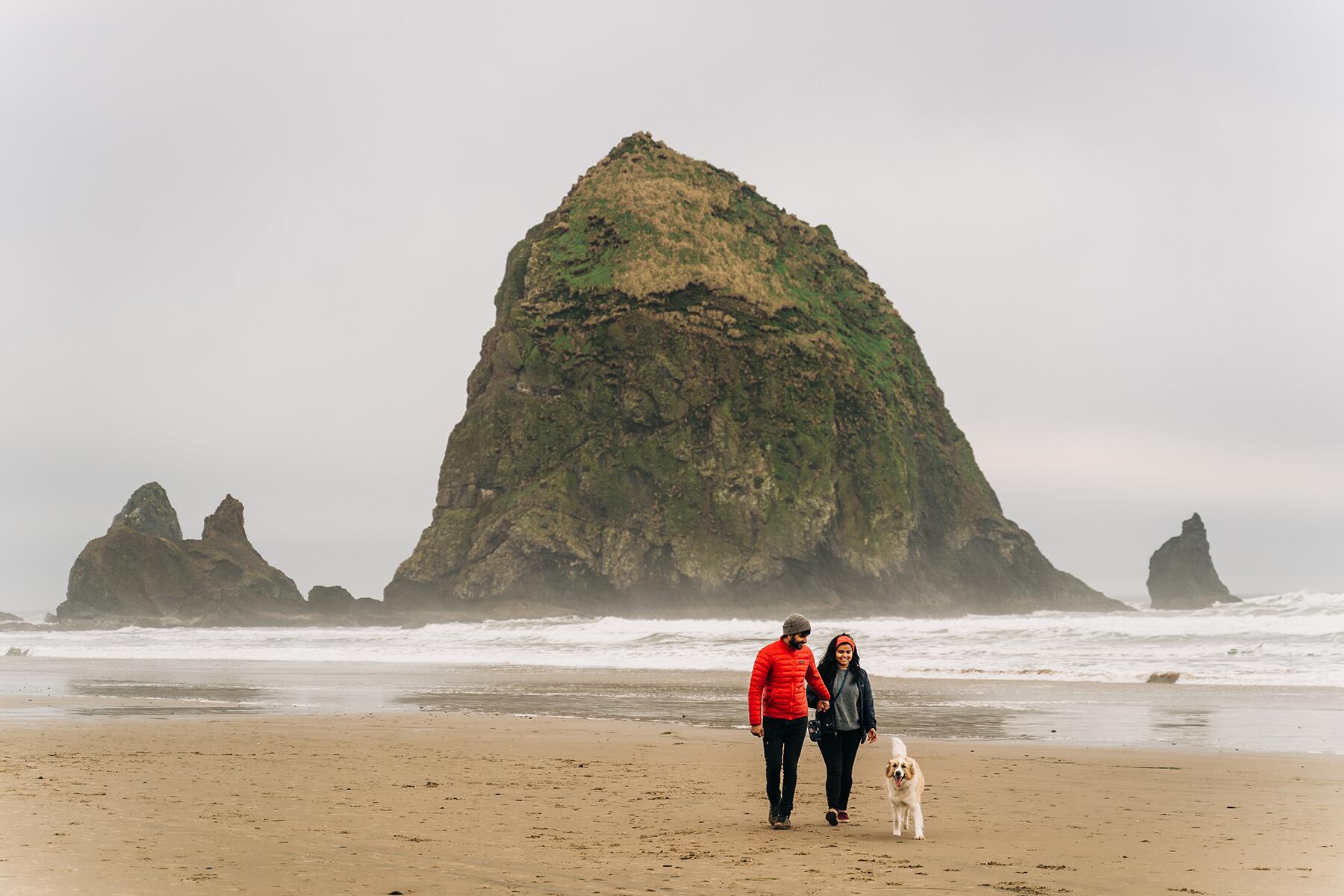 “Now that I think about it, I understand where they’re coming from because word has been getting around to our relatives and people in their society who will genuinely not understand this lifestyle,” says Kartik. “Imagine them trying to explain that their son and their daughter [for Sim’s parents] are just living together as a couple, roaming around the world in a camper van. With the added aspect of not getting married, it would have just been mind-boggling to explain. Even if we had made our parents understand, they would never have been able to explain it to their society.”

Sim and Kartik’s experience is common for many immigrant children or children of immigrant parents. The conflict of priorities isn’t easy in cultures where parents have sacrificed so much for their children. Parental blessings mean a lot.

“It’s kind of just in our DNA at this point to think that way,” says Kartik. Sim agrees, mentioning a prayer in Sanskrit that she would recite every morning:

The prayer is one example of how venerated parents are in Indian culture, even looked up to as gods. While Sim and Kartik didn’t want to alienate their parents, they also didn’t want to give up on their dreams, so they worked hard to help their parents understand the appeal.

“We just started involving them in every step, giving them updates throughout the van build,” says Kartik. “Our parents just got really stoked and very curious.” 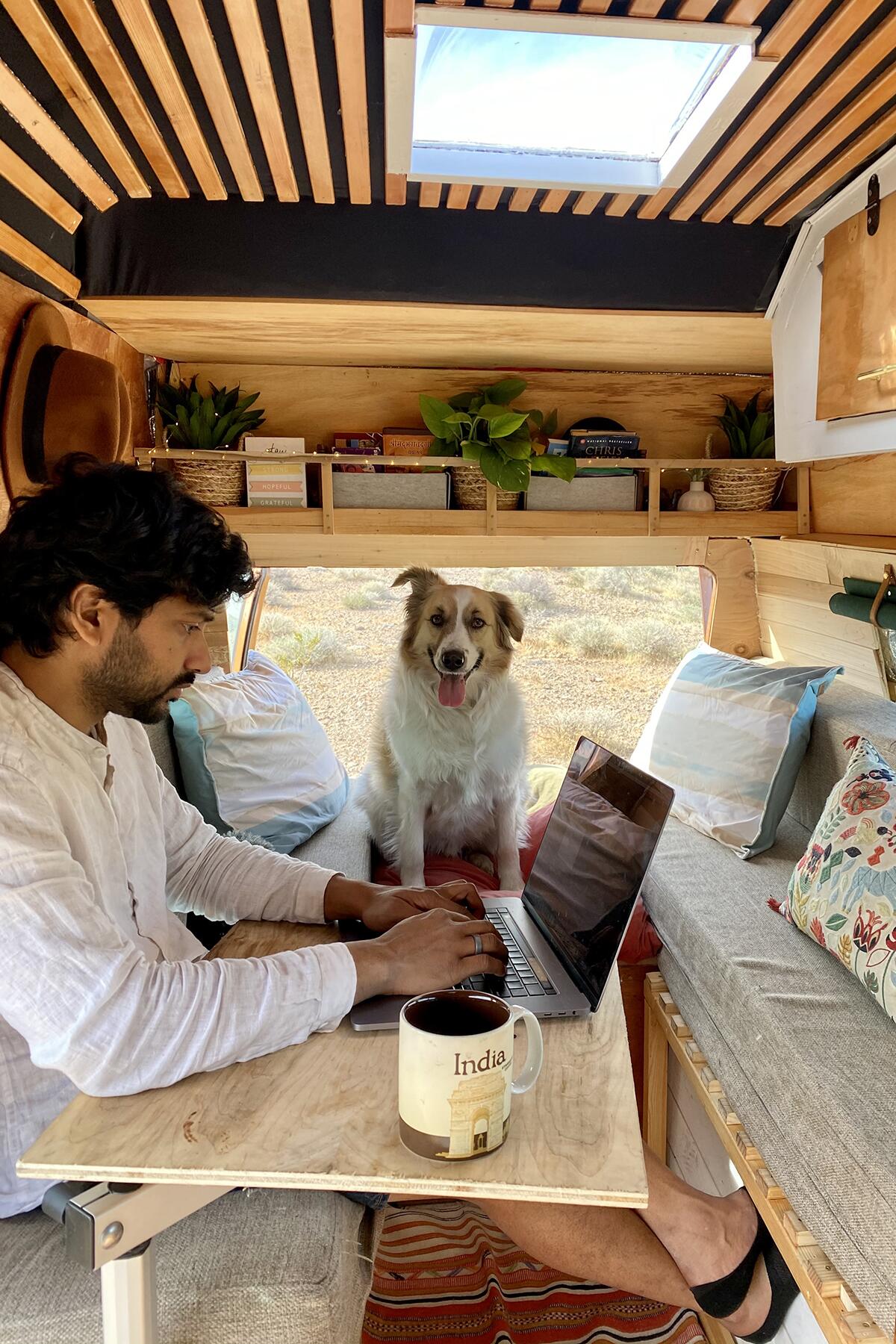 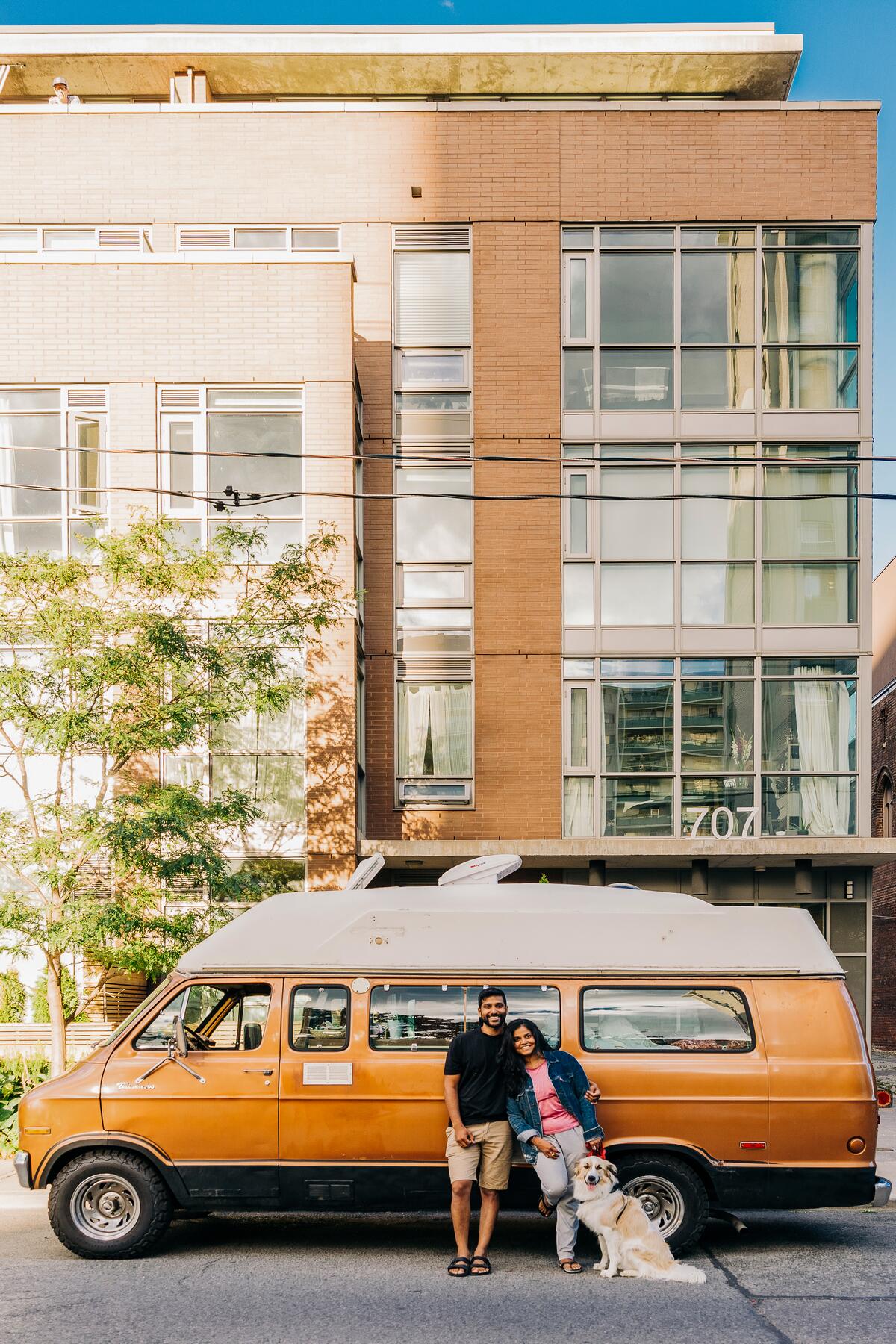 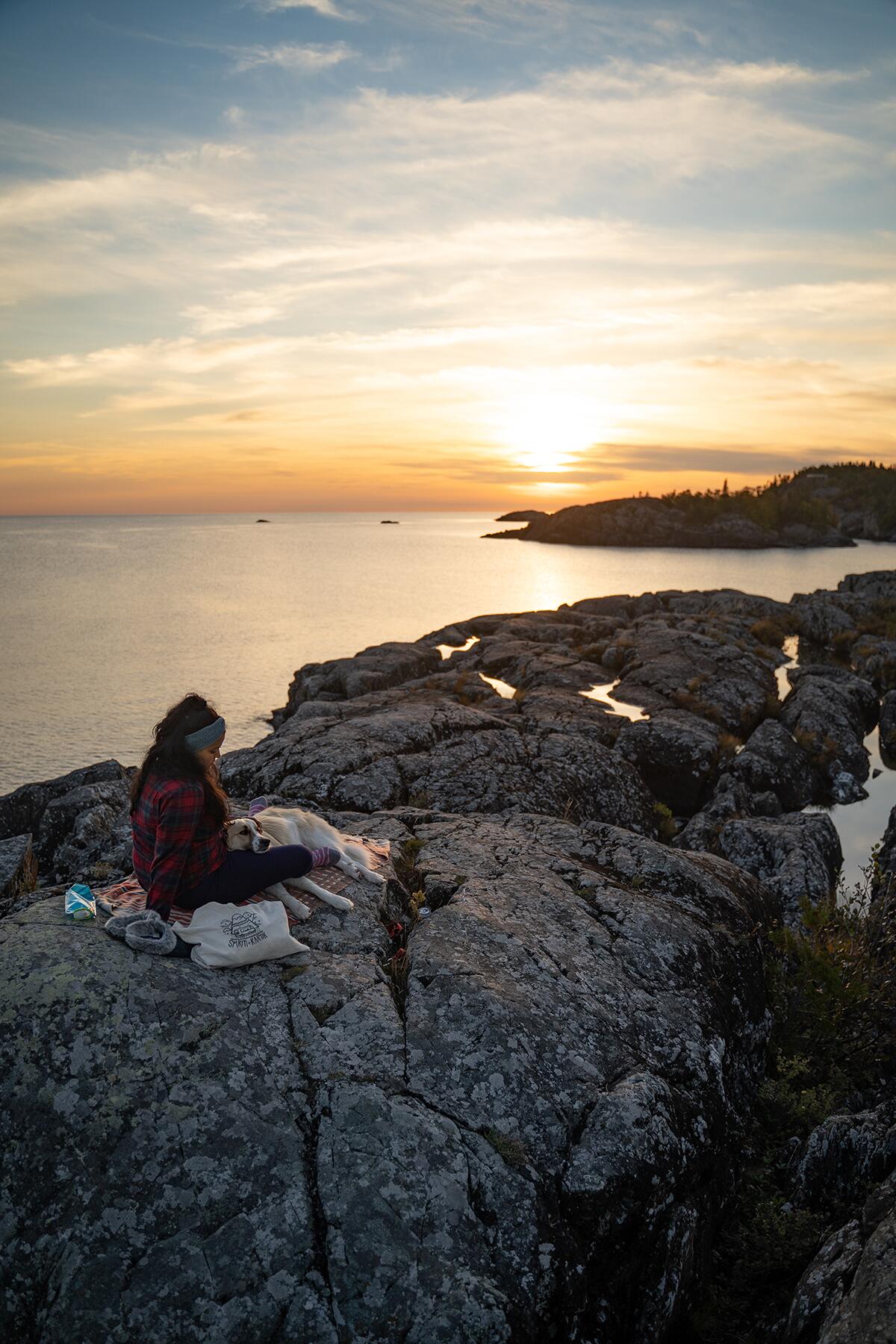 Another surreal moment was when a university reached out to Kartik to license a photo that he had taken on the road.

“I told my parents, and that immediately got my dad so pumped,” said Kartik. “This was really cool validation to them that maybe we were on the right path.”

The process with their parents is one of the reasons that Kartik and Sim share their journey through social media. They want to be an example for other South Asians who want to lead an unconventional life.

“Parents live for examples. Good examples, bad examples. That’s literally one of the biggest factors for them,” says Kartik. “They don’t want to see you fail, so if they see that there are other people who are doing it and are successful, they’ll be more open to it.”

For @thebrownvanlife, their tagline is to bring flavor into the outdoors, metaphorically and physically. For them, the perspective of diversity isn’t just in the way they look. It’s also in the things they cook and what they prioritize. Sim says that, because there aren’t many examples of immigrant food being cooked on the road, it’s easy to assume that those foods aren’t supposed to be cooked on the road or in the backcountry. But Sim and Kartik make sure that’s not the case.

Those lucky enough to share a campsite with the couple have a high chance of being fed homemade Indian food. “It’s a very cultural thing, feeding people, in India,” says Sim. “People on the road by default assume that the quick and easy foods don’t have a lot of flavor, and that’s where we come in. I whip up my whole spices and pressure cookers, and there’s aromas everywhere and it blows their mind that they could do it too.”

It’s not all incredible views and wonderful memories of channa masala with other campers over a fire though. There are also times when Sim and Kartik are painfully aware of how much they stand out as South Asians in white-majority areas. Like the time when Sim was straight up ignored by a grocery store clerk. Or, more dangerous moments, like when they went to take pictures of a church and were met by a pastor wielding a gun.

“Those moments give you a reality check, and honestly as dramatic as that gunman was, it was a reality check,” says Sim. “It was our first day in America. You hear these stories in newspapers, but nothing hits home until something happens to you.”

Discouraging and harrowing experiences are equally as important for them to share, as it gives others a realistic look into their brown vanlife experience.

While it could be difficult for some to forge their own path despite not having many others to see as examples, Sim and Kartik haven’t felt the pressure to hide their culture to be more palatable or fit into the vanlife subculture.

“When we started out, we were desperately looking for other vanlifers who were like us to see what their experience has been, but we couldn’t find anyone so we’ve tried to define our own path and our own routine and the conversations we have,” says Sim. “We’ve kept it very real in the sense that we understand what the fears of the brown community could be, and we’re navigating it. If we’re doing it, they can do it too.”

Since Sim and Kartik started their journey in 2020, they’ve clocked more than 12,400 miles and don’t intend to stop anytime soon. To see more of Sim and Kartik’s story, you can follow them at @thebrownvanlife on TikTok and Instagram.