If you book a trip to Sweden with Off the Map Travel, they’ll throw in a sauna experience you aren’t likely to forget – a hot sit inside a giant golden egg. Part art installation, part solar-powered sauna, the golden Sauna Egg will be moved around Kiruna, Northern Sweden in order to capture views of the best scenery nearby. 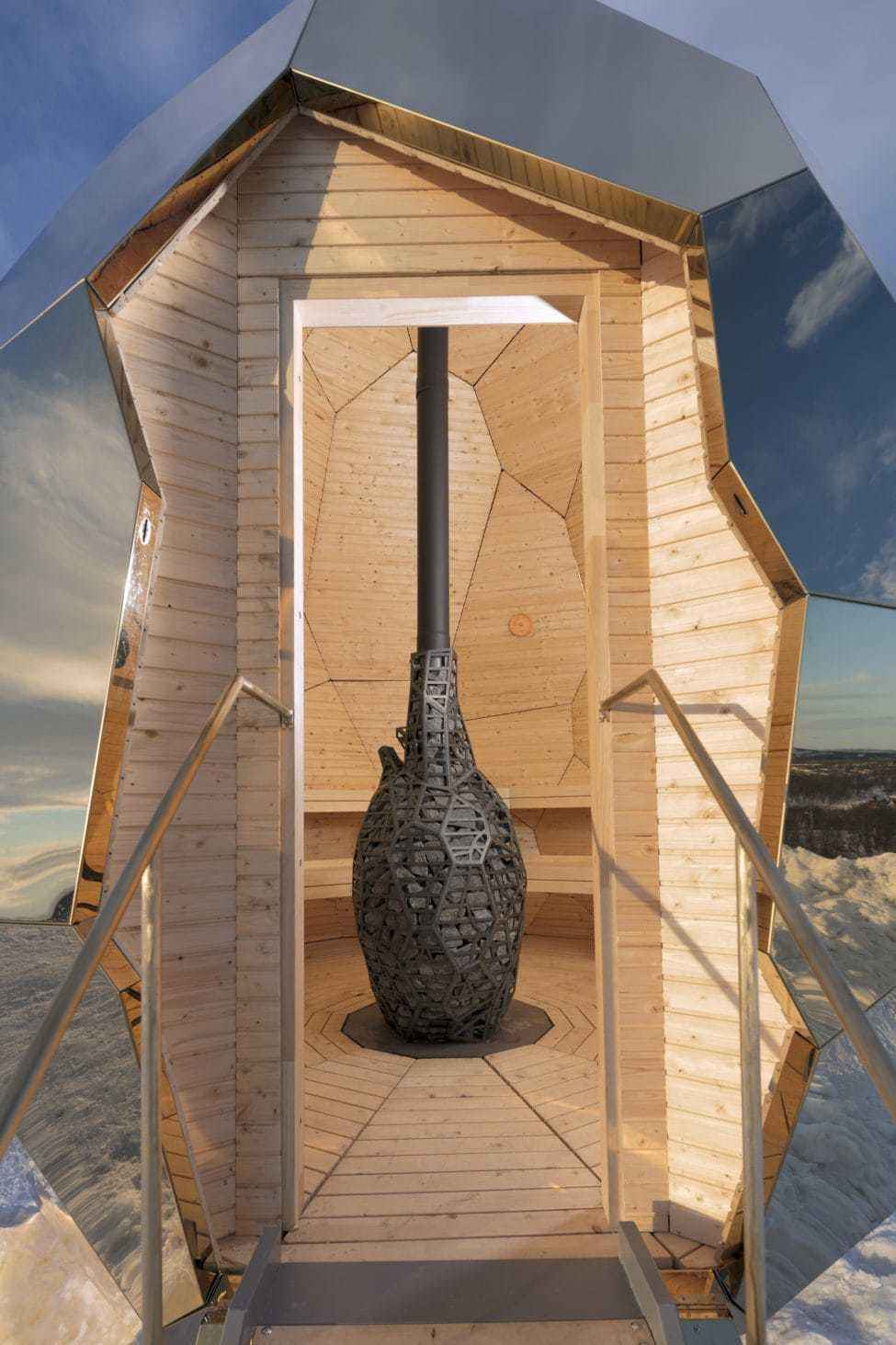 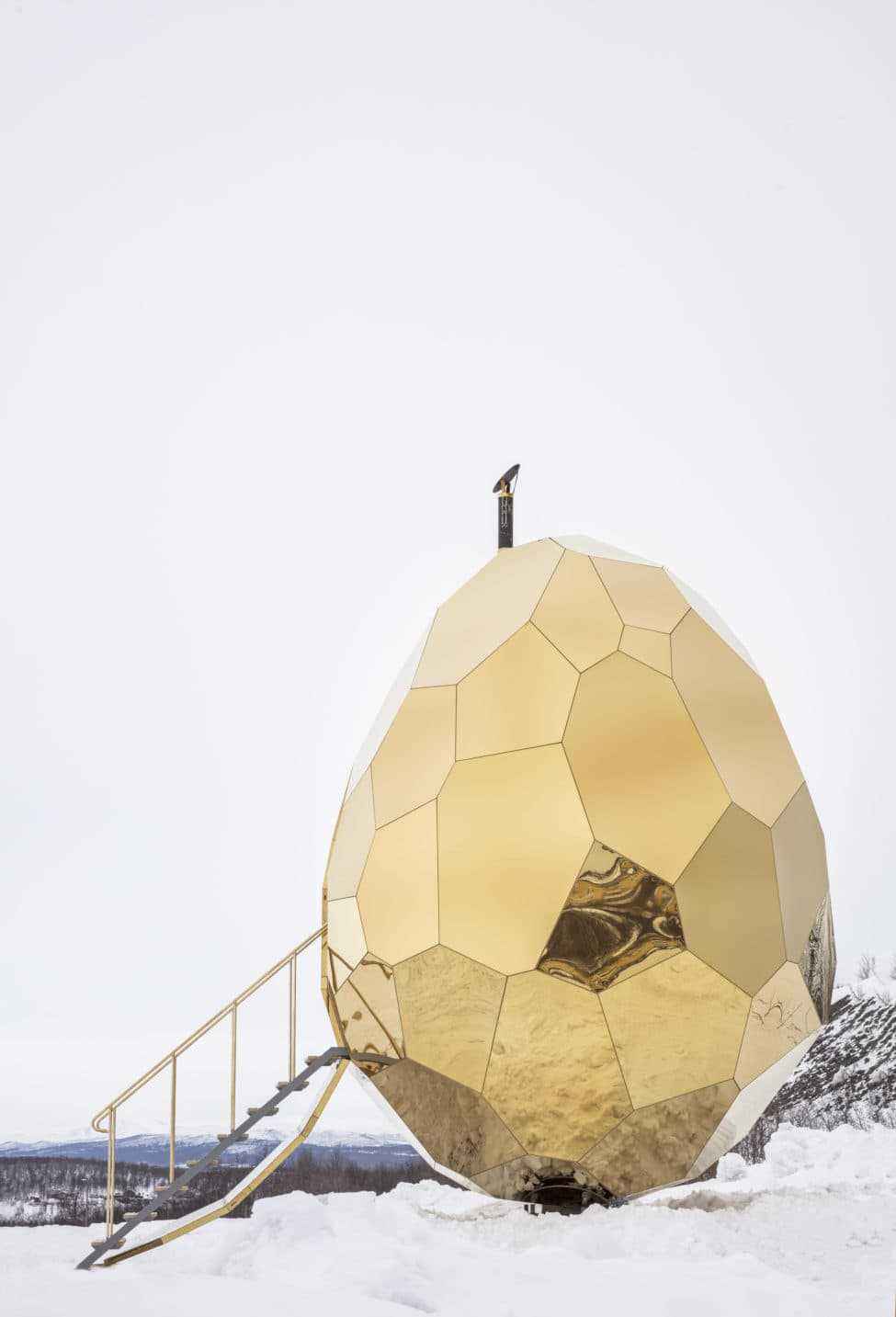 Up to eight people can sit and sweat inside the egg thanks to the heart-shaped wood burning stove at its center. Sixty-nine gold-plated stainless-steel panels outfit the exterior and reflect the city of Kiruna and its surrounding countryside. 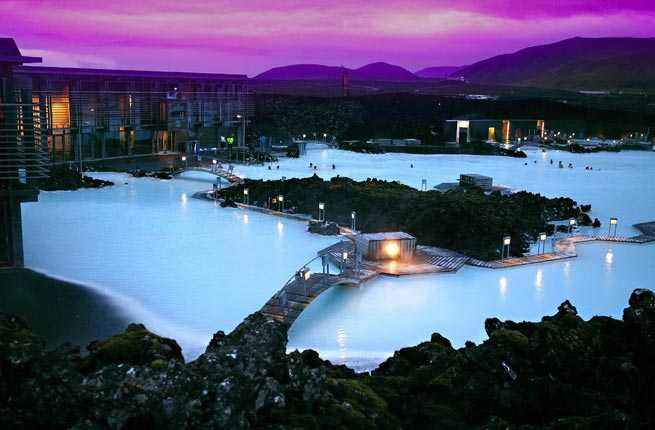 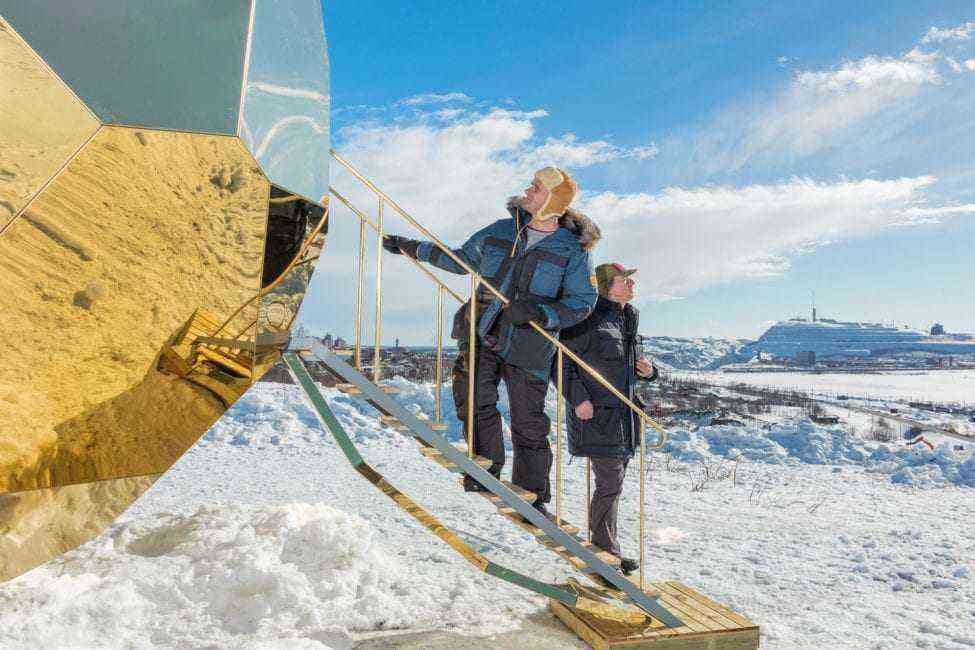 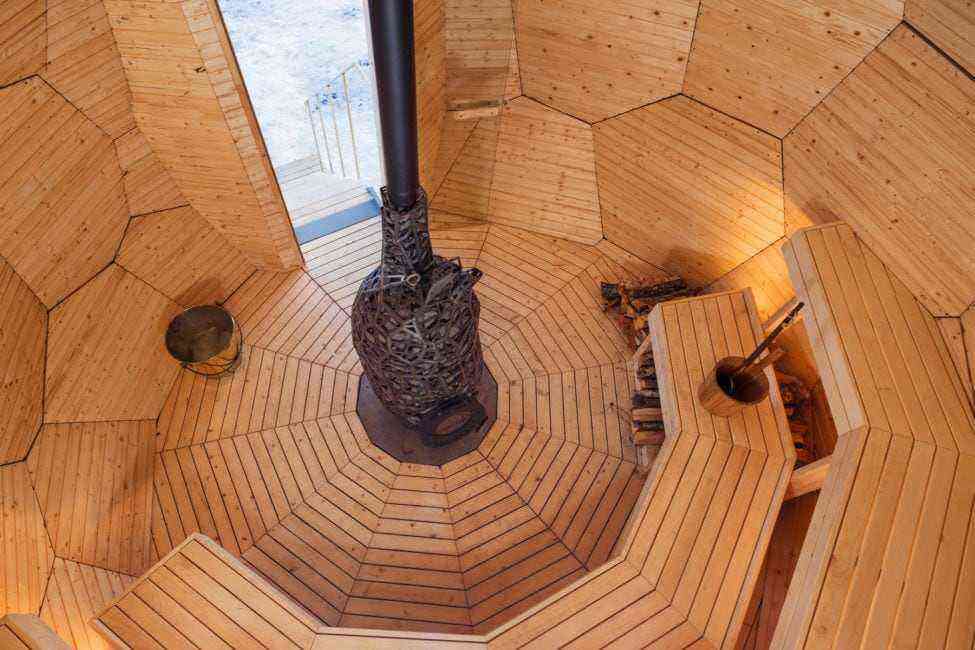 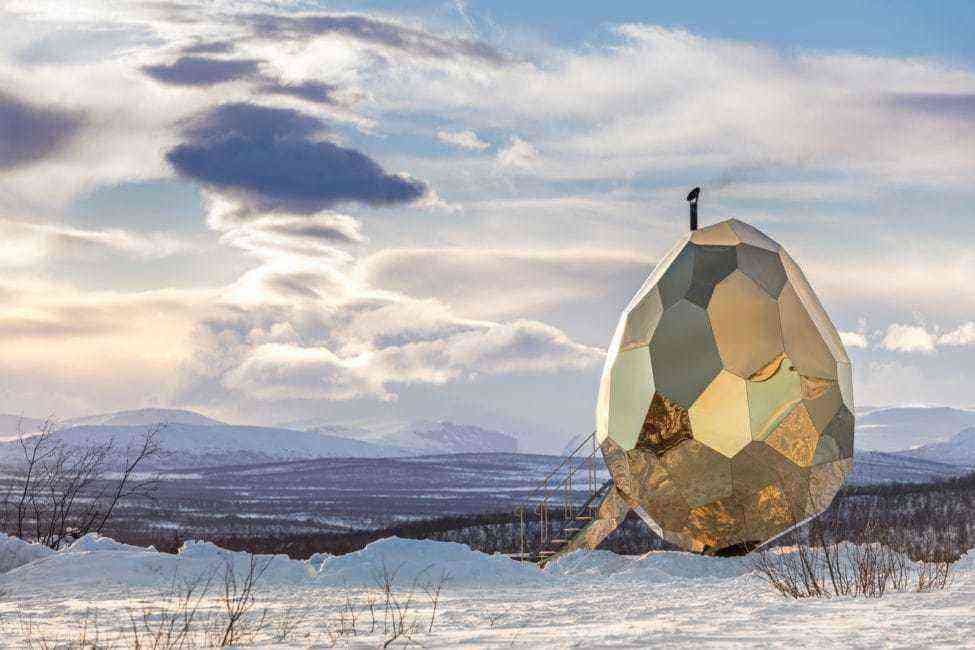 Kiruna, undergoing an urban transformation project, chose to commemorate its rebirth with the symbolic design by Swedish award-winning artistic duo Mats Biger and Lars Bergström. Due to foundational complications that have arisen from mining expansion beneath the city, mining company Loussavaara-Kiirunavaara AB has dedicated over a billion dollars to move Kiruna’s residents two miles east. The egg, a symbol of birth and opportunity, combined with the sauna, a longstanding communal tradition in Sweden, create a representation of the city’s creativity and community in the face of literal undermining.