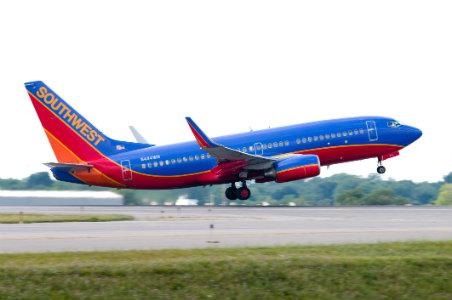 After nearly two years of planning, negotiations, and integration efforts, Southwest Airlines is ready to expand its service to include international markets. The carrier announced the first three destinations—Montego Bay, Jamaica; Nassau, Bahamas; and Aruba—which will see flights under the Southwest banner starting on July 1, 2014. All of the routes are currently operated by Southwest’s AirTran subsidiary; those operations will cease as Southwest takes over the flights.

CEO Gary Kelly addressed media and employees to announce the new service, noting that, “Beginning July 1, 2014, Bags Fly Free® beyond U.S. borders to Aruba, the Bahamas, and Jamaica.” Not surprisingly, Southwest is focused on their free checked bag policy—two per passenger—as they look to draw more leisure/vacation traffic on to their planes in the international space.

Southwest will fly four daily trips from their hub at Baltimore/Washington International Airport (BWI), two daily from Atlanta (ATL), and two Saturday-only flights from Orlando (MCO). The 44 weekly flights will eventually grow to include more AirTran routes, with full deployment expected by the end of 2014. The AirTran subsidiary will continue to operate those other routes in the meantime, including service between Atlanta and Nassau, Chicago Midway and Montego Bay, and flights to and from Cancún, Los Cabos, Mexico City, and Punta Cana. Once fully integrated the airline will serve 96 destinations in six countries.

The new routes are available for booking on southwest.com today.

Seth Miller is an aerophile and a wanderlust. No trip is too short or too long and no destination too near or too far. In addition to closely following the travel loyalty program industry, Seth works to help educate others on the opportunities these programs offer through online travel communities and writes about his travels in his blog, The Wandering Aramean. You can also follow Seth on Google+, Facebook and Twitter.