For many of us, it’s been a year since we’ve been able to travel internationally. While dreaming of the day we can travel again, we’ve read stories about nature bouncing back and wildlife returning to areas previously overwhelmed by human activities. But has this break been positive for vulnerable ecosystems? And, if so, should we be concerned about the impending return of tourism? The answer, as you might expect, is complex.

A recent study from the Maldives Whale Shark Research Programme (MWSRP) highlights the issue of tourism-related pressures on megafauna. Researchers found the number of whale sharks with major injuries (from incidents such as boat strikes) increased from 24% in 2006 to 45% in 2019. Seemingly, this link between tourism pressure and injured megafauna should mean less travel must be beneficial.

However, for MWSRP Director Richard Rees, the pandemic’s impact on the marine environment is “a big question” because so many factors must be considered. While acknowledging there is some impact from tourism in the Maldives, he says issues usually arise from unregulated tourism and can be fixed through “common sense management” and strict enforcement of guidelines.

Simon Hilbourne, Digital Media & Communications Manager at The Manta Trust, agrees that it’s complicated. Initial data from the Manta Trust’s research base—also in the Maldives—indicates that 2020 may have been a particularly good year for manta ray sightings. However, he stresses it’s almost impossible to know whether this is a result of there being fewer tourists: “It would be nice to think the reduction in human pressures allowed these mantas to spring back and have a huge season but we get fluctuations from season to season…It’s very hard to say that [reduced tourism] is definitely the cause.” 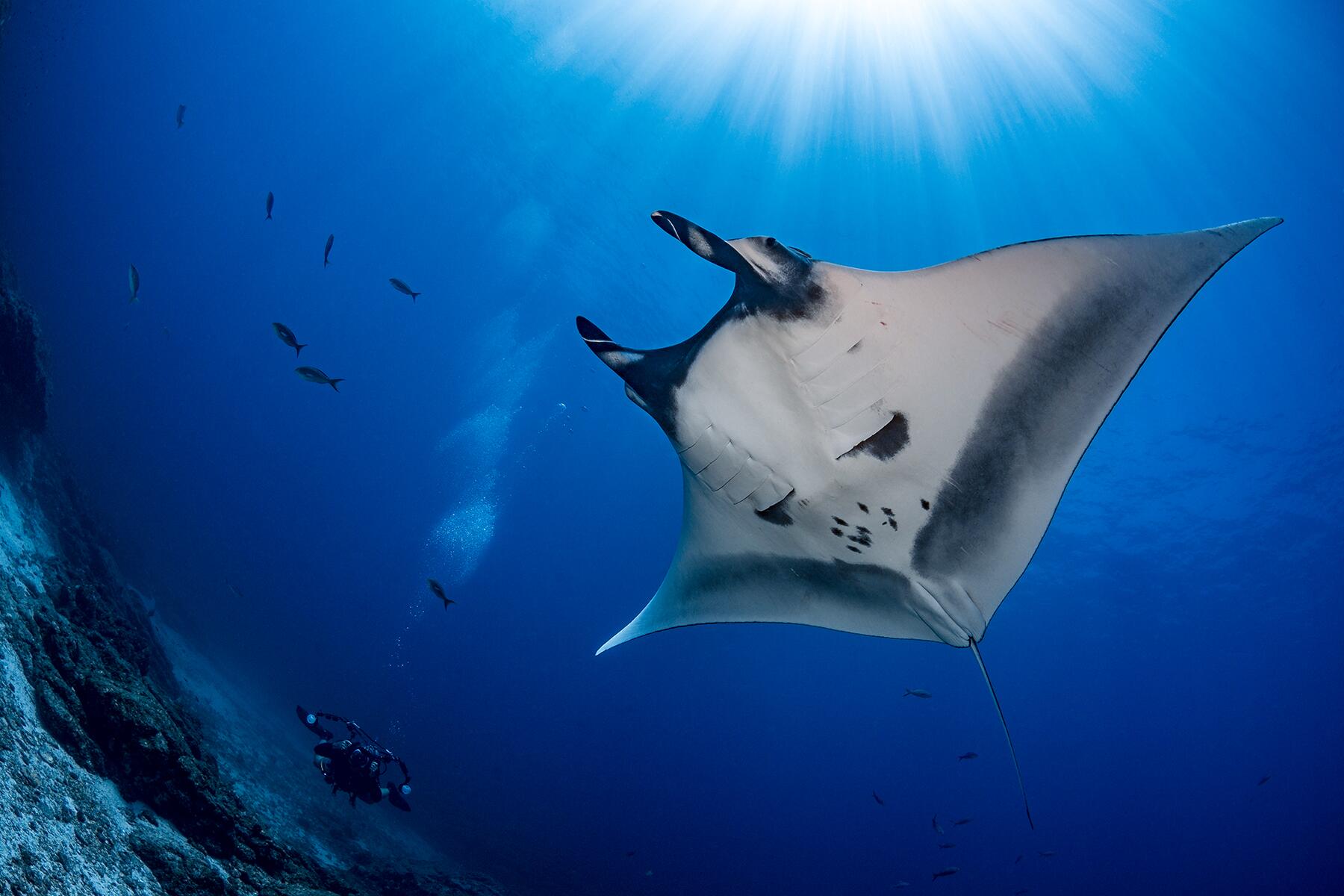 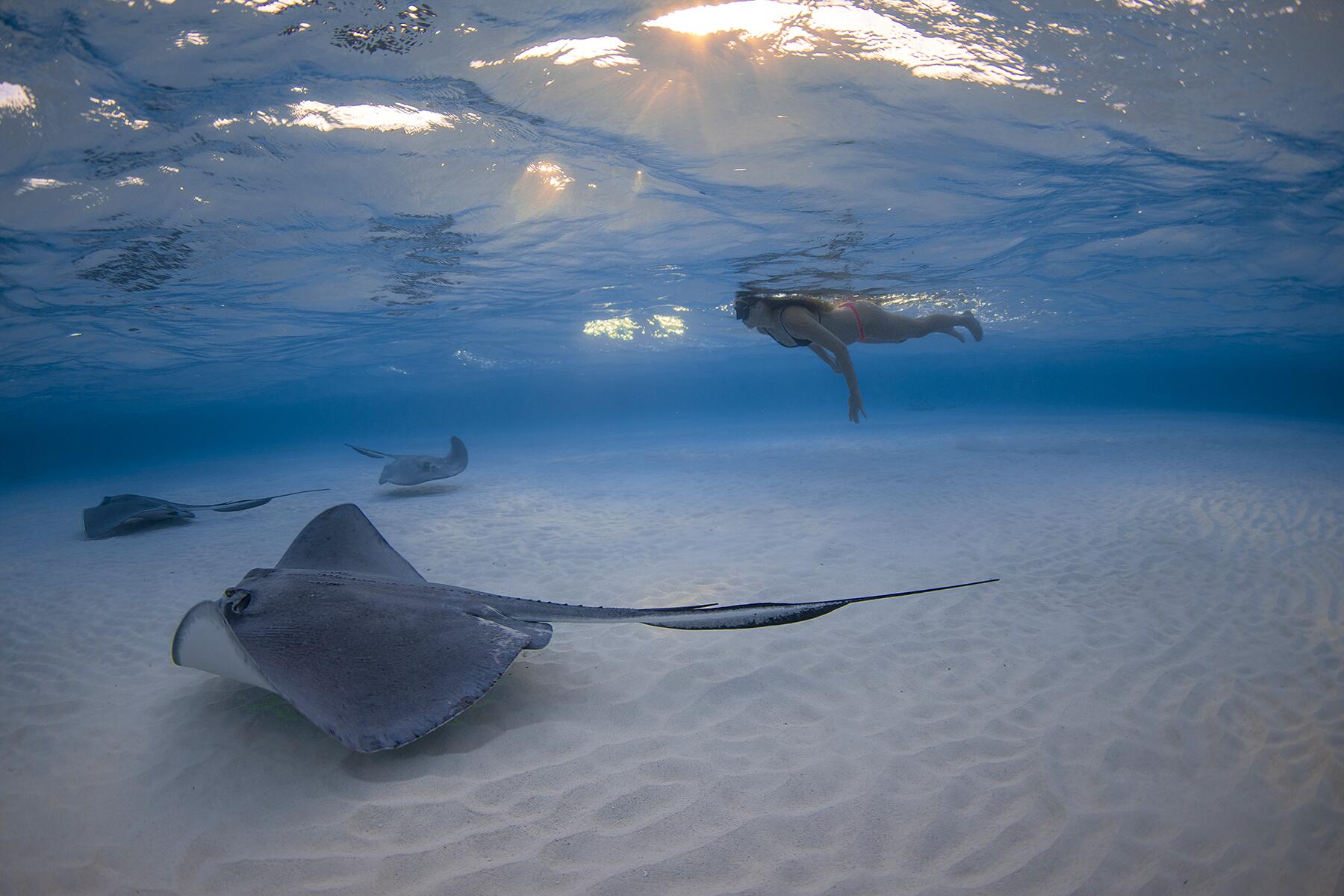 What’s more, tourism plays a vital part in conservation: “Enabling people to get in the water and see what’s going on under the sea and to appreciate it and to fall in love with it inspires them to want to actually protect it and do something about it,” Hilbourne adds. “So, it is really important that we bring people face to face with these animals underwater but also show them the realities of it and that the ocean isn’t in the pristine state that some people might want it to be.”

Because of the positive impacts of responsible tourism for conservation efforts, Dr. Simon Pierce, co-Founder of the Marine Megafauna Foundation (MMF), is cautiously optimistic about tourism returning. As well as inspiring people to prioritize and providing funding streams for conservation, ancillary benefits include additional monitoring from ecotourism operators. Pierce gives the Galapagos Islands as an example: “You’ve got a really large area and limited enforcement resources: people can only be in one place at once. Having additional tourism vessels traveling around [provides] more eyes on the water in terms of identifying things like illegal fishing activities.”

Hilbourne agrees, saying the presence of dive boats, dolphin watching tours, and liveaboards is “a deterrent in itself for illegal fisheries.” Without them, there’s a worrying opportunity for illegal fishers to take what they can in areas without sufficient resources for marine patrols. He explains: “As soon as all those liveaboard boats had to cancel their trips, there’s nobody on the lookout.” This opportunity for illegal fisheries to ramp up activities is a concern for the conservation community but it remains unclear whether or not that has happened. 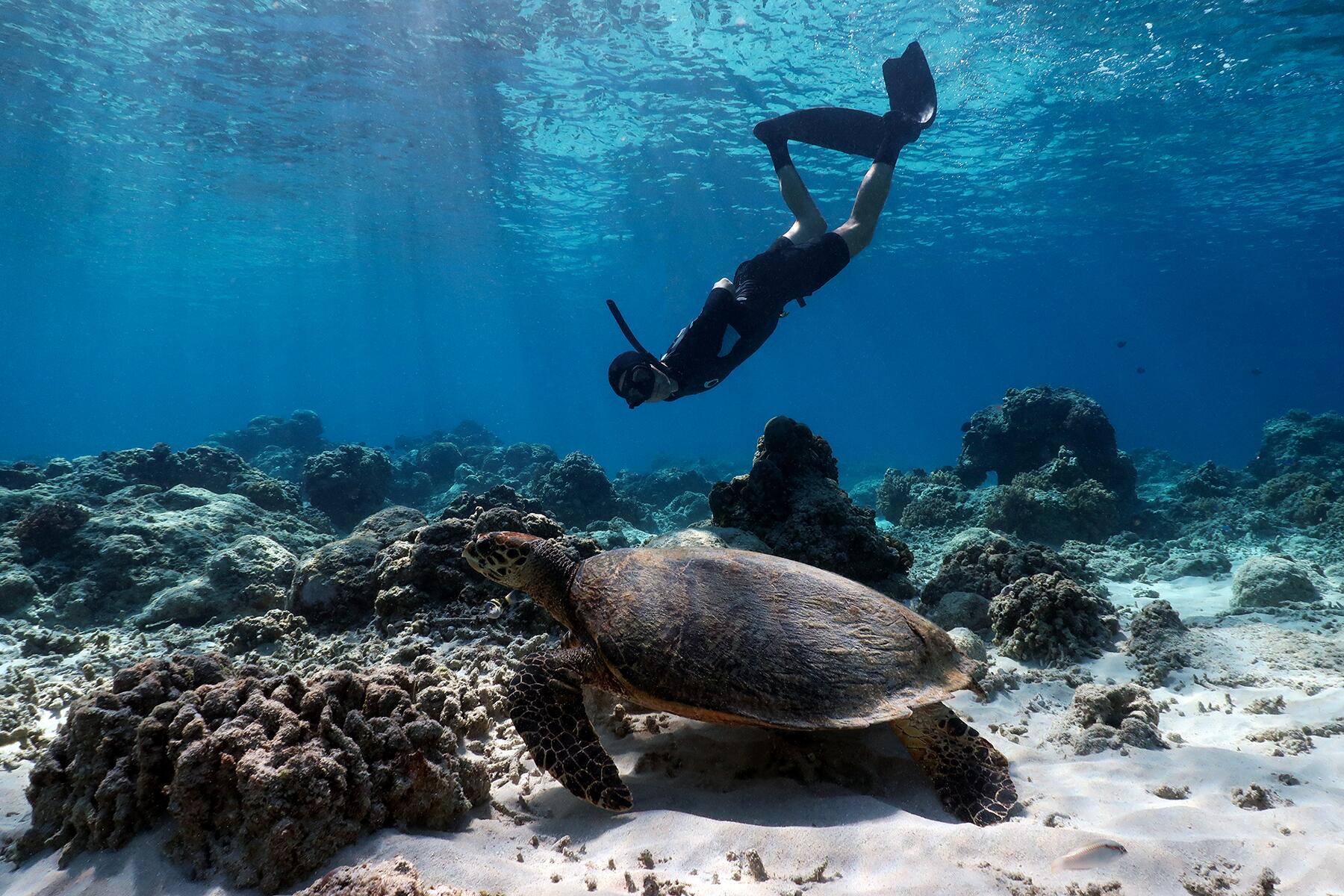 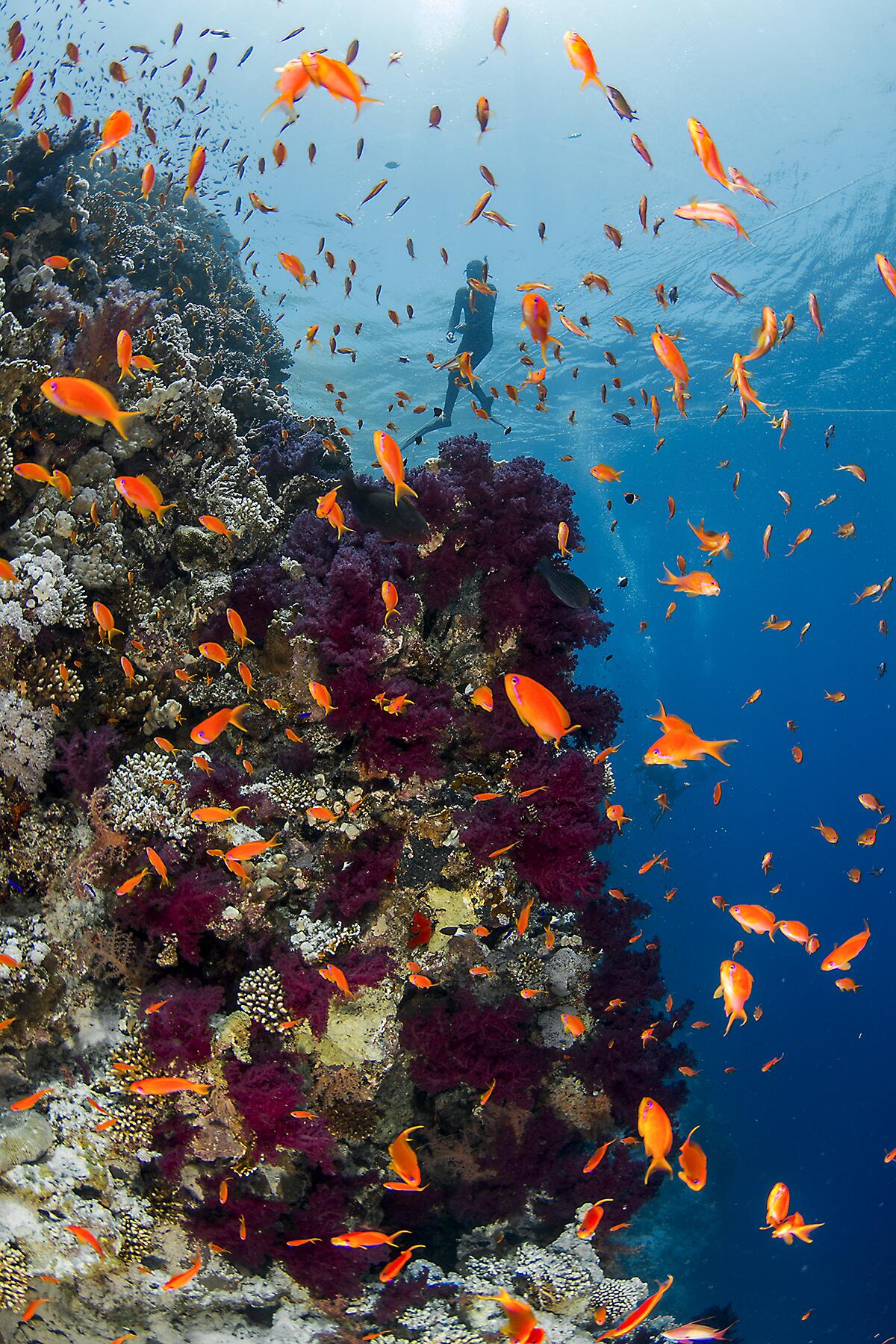 As well as keeping travelers away, restrictions have prevented conservationists from conducting fieldwork. Positive steps that had been taken can be quickly undone. Pierce explains that “a lot of communities have had a really delicate balance between tourism and fisheries.” Over the past year, communities that were moving towards generating livelihoods from sustainable tourism rather than fishing, for example, have been hit hard by tourism being taken away. Pierce is worried about the amount of work it will take to get back on track: “I think we’re going to be more than a year behind in some places,” he said.

[W]hile lockdowns may have felt like they’ve lasted an eternity, a year isn’t that long when it comes to nature. While humans can devastate habitats very quickly, it takes much longer to restore the balance.

What’s more, while lockdowns may have felt like they’ve lasted an eternity, a year isn’t that long when it comes to nature. While humans can devastate habitats very quickly, it takes much longer to restore the balance. Dr. Tim McClanahan, the Wildlife Conservation Society’s lead coral reef scientist, describes our current experience as “a little glitch in a big system that needs to change more.” If we go back to where we were, this break won’t have helped nature at all. When it comes to reducing our movements and creating more energy efficiency: “it has to persist,” he says. “It can’t just be a one-year thing.”

While there are many positives to travel, unsustainable tourism is concerning. So, what should the future of travel look like? And we’re not talking about masks, gloves, and hand sanitizer. This global pause in, well…everything, has highlighted the importance of changing the way we travel; particularly when it comes to protecting vulnerable ecosystems. Travel restrictions have given governments, operators, and individuals the opportunity to reset and consider what tourism should look like going forward. So, what should travelers be aware of when it comes to having a positive impact?

[L]ook for destinations and operators that are looking after, rather than exploiting, local habitats and communities.

For Pierce, it’s about finding “that balance between tourism as a really valuable funding mechanism for conservation without becoming a problem in itself.” He hopes people will book holidays that can do the most good; giving South Africa’s Kruger National Park as an example of a fantastic travel experience that funds positive conservation outputs. His advice is to “think about where you want your money to go and what kind of tourist do you want to be” and to look for destinations and operators that are looking after, rather than exploiting, local habitats and communities. For example, in Mozambique, where MMF has its head office, legislation was recently passed to protect threatened species such as whale sharks and manta rays. This will enable the country to continue to benefit from its eco-tourism industry, which boosts its economy by over $16 million every year. 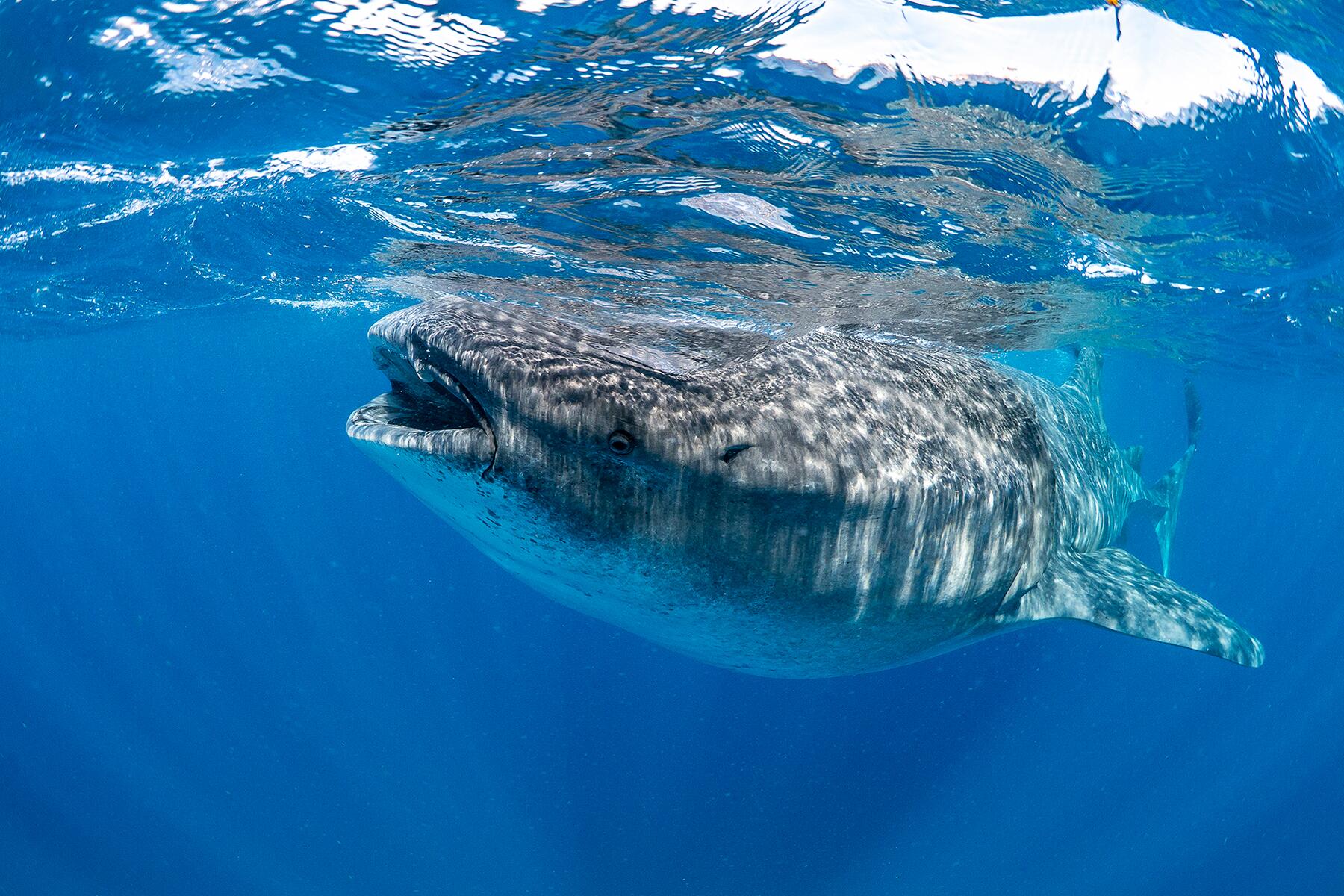 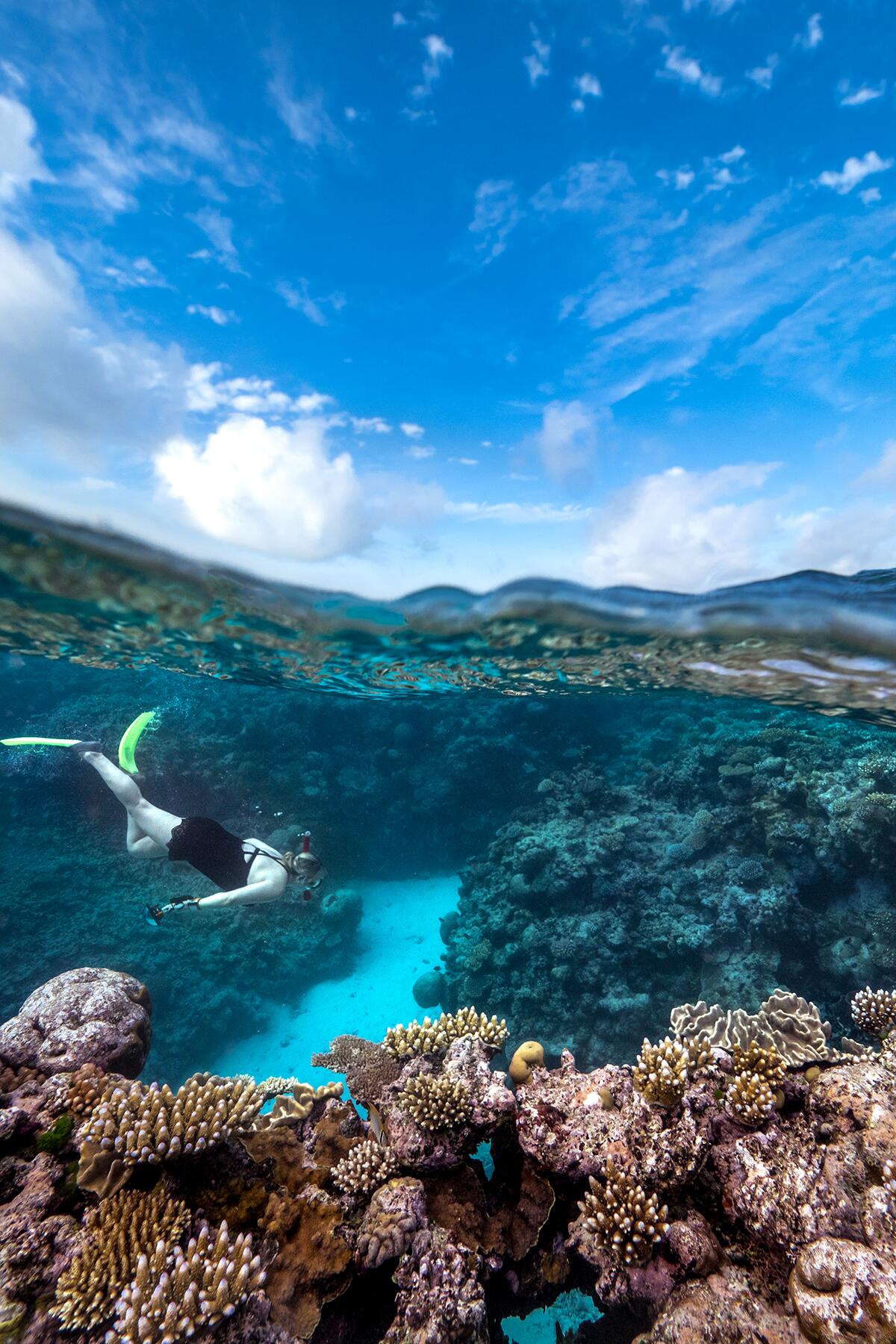 In an industry that strives to always give guests what they want, tourist demand is incredibly powerful. With people likely to be fairly desperate to travel abroad, Rees wants travelers to “take stock and be responsible in terms of how we go about that.” We must remember our own impact and “treat the areas with reverence” rather than just “hand[ing] responsibility over to the operators.” He recommends asking questions—such as do you follow a code of conduct (such as the Manta Trust’s guide for responsible encounters) and do you submit encounter data to scientific organizations? Before booking. This helps to demonstrate consumer demand for responsible tourism and encourage operators not to bend sustainability rules; particularly in destinations where livelihoods have been hit hard by the pandemic and operators are even more eager to please their customers. Individuals pushing for sustainability “can have the biggest effect on the industry,” he says, so we must all play our part.