It happened to me. Will you be next?

It’s no secret Los Angeles International Airport (LAX) is a hot mess. In fact, it took the top spot as “The Worst Airport in the World” when we released our 2019 travel awards earlier this year. On Monday, LAX launched an effort that’s been maligned since its announcement on October 4: ending curbside pickups for (most) rideshares and taxis that will last until 2023 because of construction. As such, passengers have to pile into conservatively-sized green buses to shuttle to what is essentially a giant parking lot near Terminal 1 in order to get a Lyft, Uber, or taxi.

I got to experience this change firsthand and let me tell you, it wasn’t smooth. In fact, it was a fiasco. My flight landed at around 6:50 pm, and I didn’t leave the airport until close to 10 pm. This is my story.

Some Personal and Exciting News: I Lived It

After arriving at LAX’s Tom Bradly International Terminal yesterday following a trip to London (and passing through customs, which was a nightmare in and of itself—once I was cleared after waiting in line for more than 45 minutes, I stood in another 30-minute line only to have an agent simply take my clearance pass without even checking it), I proceeded to order a Lyft but was then reminded of the recent change. I ran for and hopped aboard a green shuttle that’s said to come every five minutes (though I didn’t wait to find out). I should mention that directions to the shuttle via a single banner on the wall were unclear, and I had to ask and follow an airport employee. Confusingly, the bus was only 75% full when the employees standing by facilitating our seating proceeded to act like it was packed and insisted we better situate ourselves, at which point they stopped letting people on. The doors closed and their intense insistence made a little more sense as we stopped again to allow another slew of people to pile in.

“This is not good,” a man sitting beside me muttered. “It’s pretty bad,” another man retorted. Somewhere, a woman boomed, “We need a soccer mom in charge of this thing.” Once we de-boarded, the lines were a sight to behold. 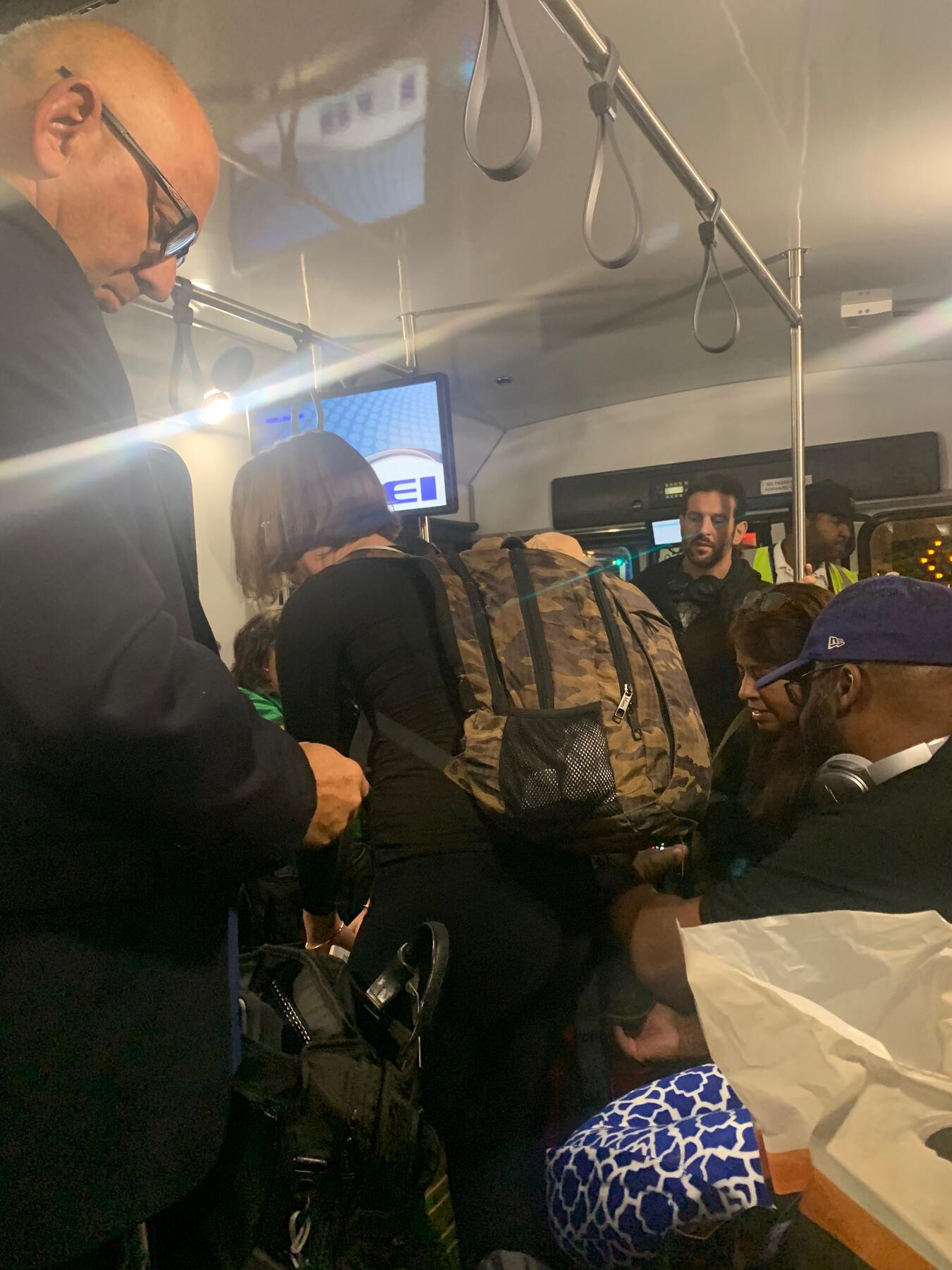 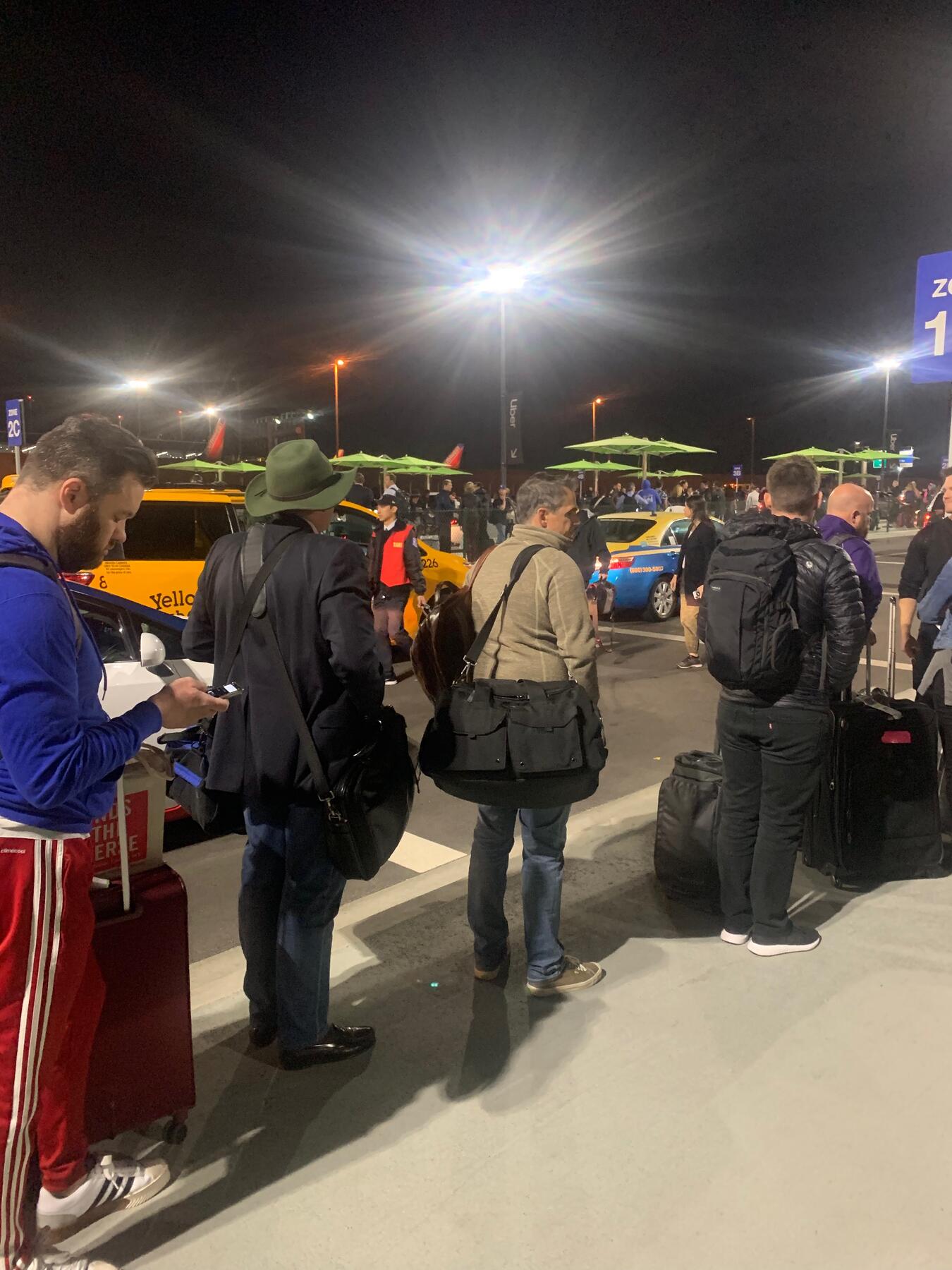 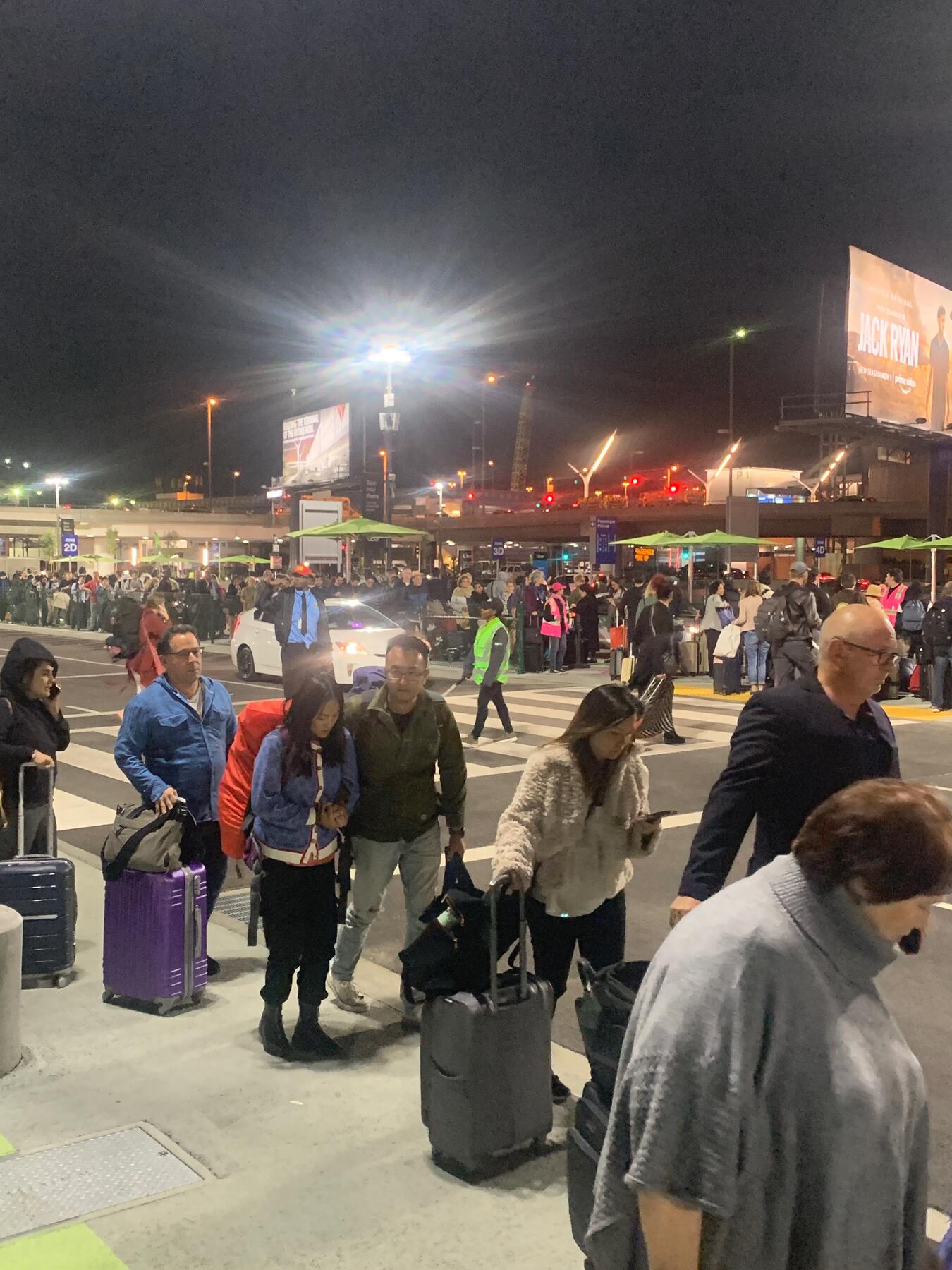 I tried to open my app to call a Lyft several times on the approximately 12-minute shuttle ride, but I had no luck. The lines to call Ubers and Lyfts seemed to stretch on for days, so I decided to hop in the queue to get a taxi. I reached the front of the line after another solid 20 minutes, and an airport employee hailed me a cab. I put my bag in the car’s trunk, and I gave my address—which was pretty close to the airport—to the driver. “Oh, uh, it’s a $20-minimum,” he said. I had not been aware of this rule and before we could settle on a plan, we were loudly ushered to leave the zone by the traffic cops. It was a more-than-complicated situation, and I felt bad for the misunderstanding on my part (I’ve never heard of this minimum fee and saw no physical sign for this rule in the area!), reassuring the driver that I would pay a flat fee of $20 (at least) when we reached our destination (I did).

Look, I can understand that this is a new change and that there will be kinks that will need to ironed out, but when I tell you that this whole thing was a debacle, I truly mean it. Truth be told, the entire setup just seemed more like a series of kinks.

What Does the Future Hold?

As the plan is to stick with this setup until renovations are completed in four years, I’m not sure. After the move’s debut this week, however, it’s safe to say some alterations will be—need to be—made to streamline the hectic experience of calling a rideshare or getting a taxi. My experience took place at around 9 pm on a weeknight—I don’t even want to think about dealing with this around the holidays.

However, Uber users will still be able to take Uber Black or Uber Black SUV and Lyft users will still be able to take Lux Black and Lux Black XL rides curbside on the arrivals (lower level)—options that aren’t exactly, let’s be honest, friendly to those who are on a budget. The airport did issue an apology, citing driver confusion as one of the reasons for congestion. If this is indeed the case, I can’t help but wonder: even if drivers do get used to the change, will it make that much of a difference?