As a solo woman, I traveled to Afghanistan’s most patriarchal and dangerous region, where I broke the rules of feminism to survive the journey.

Long, serpentine roads snaking through the Hindu Kush mountain ranges look ominous and dangerous. Even without the moniker of “The World’s Most Dangerous Road,” the Kabul-Jalalabad Highway looks uninviting. There was a time when the locals dreaded traversing these highways for the fear of being caught in the Taliban crosshairs. Afghanistan is not a traditional choice as a travel destination and for a good reason. The stakes are just too high. But to my ignorant mind, it was supposed to be a journey that would give me bragging rights for life.

Afghanistan is a man’s world and a society of many paradoxes. While the hospitality is one-of-kind, the rules can change dramatically if you are a woman. As a solo woman traveler, I felt exhausted to be looking over my shoulder, scared to attract unnecessary attention. I was never once without a chaperone. The men took care of me, kept me safe, spoke on my behalf (much to my chagrin), and told me what to do and where to go. As a feminist, all of this was anathema to my sensibilities. But taking the backseat just this once gave me an experience I will not forget in my lifetime. 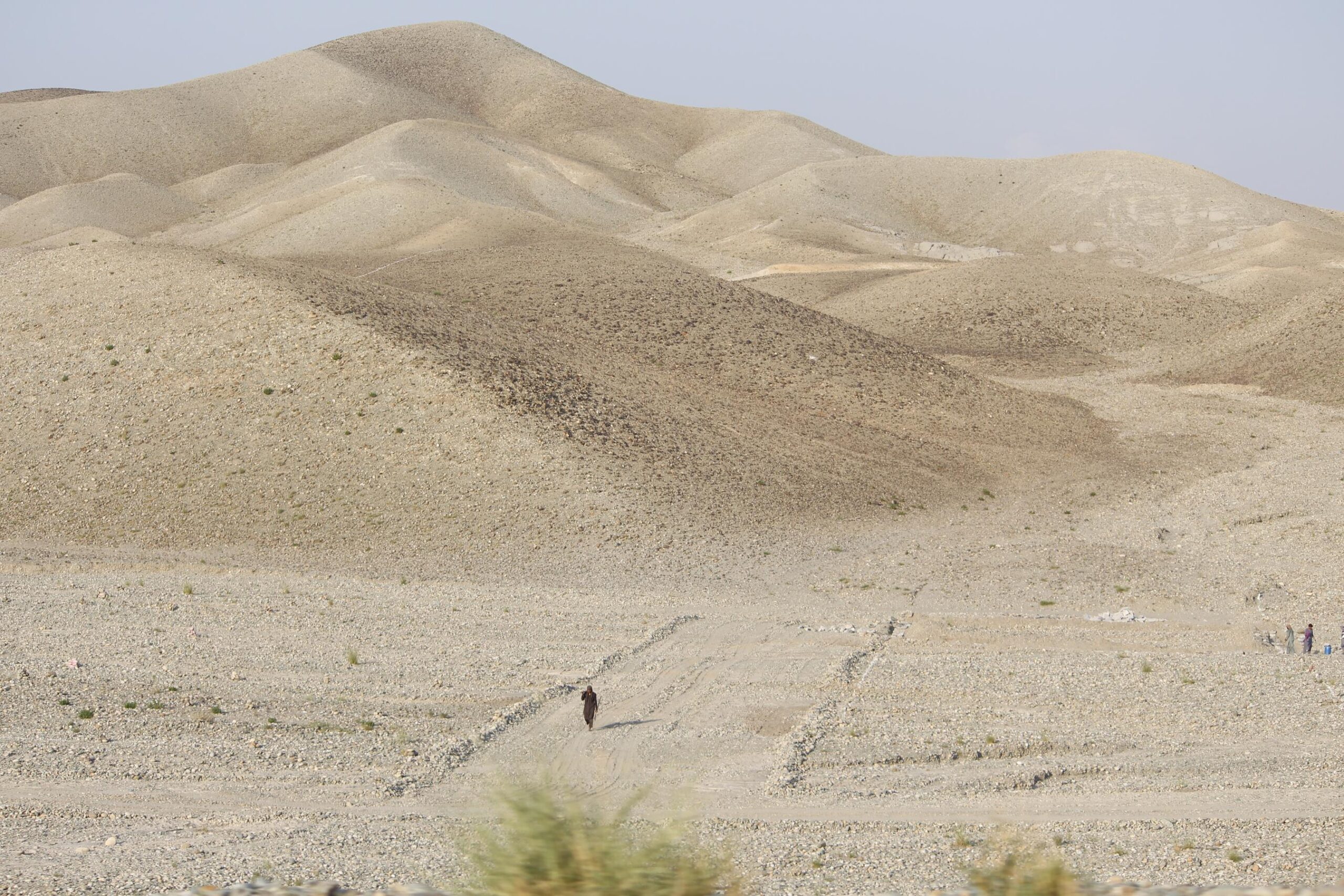 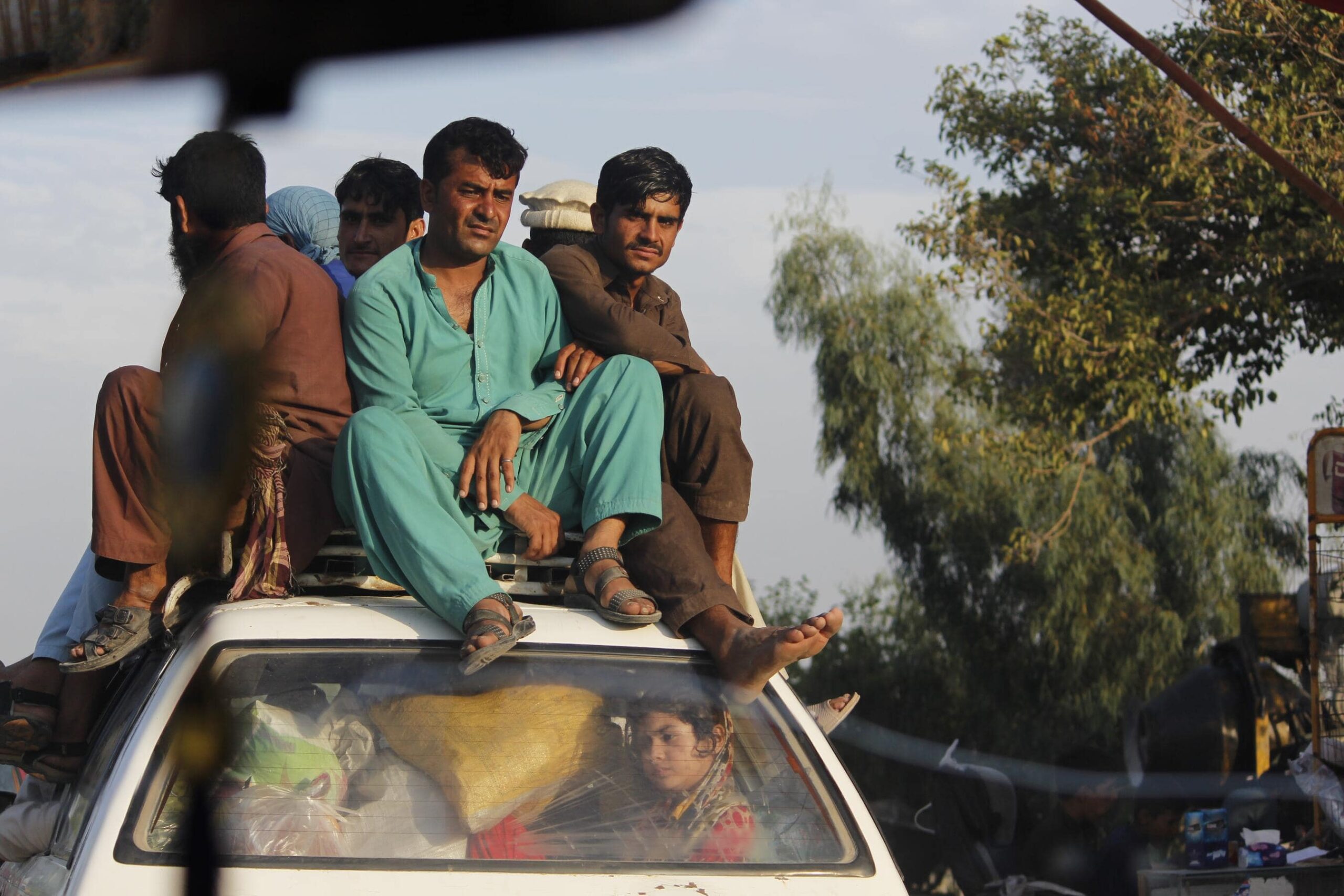 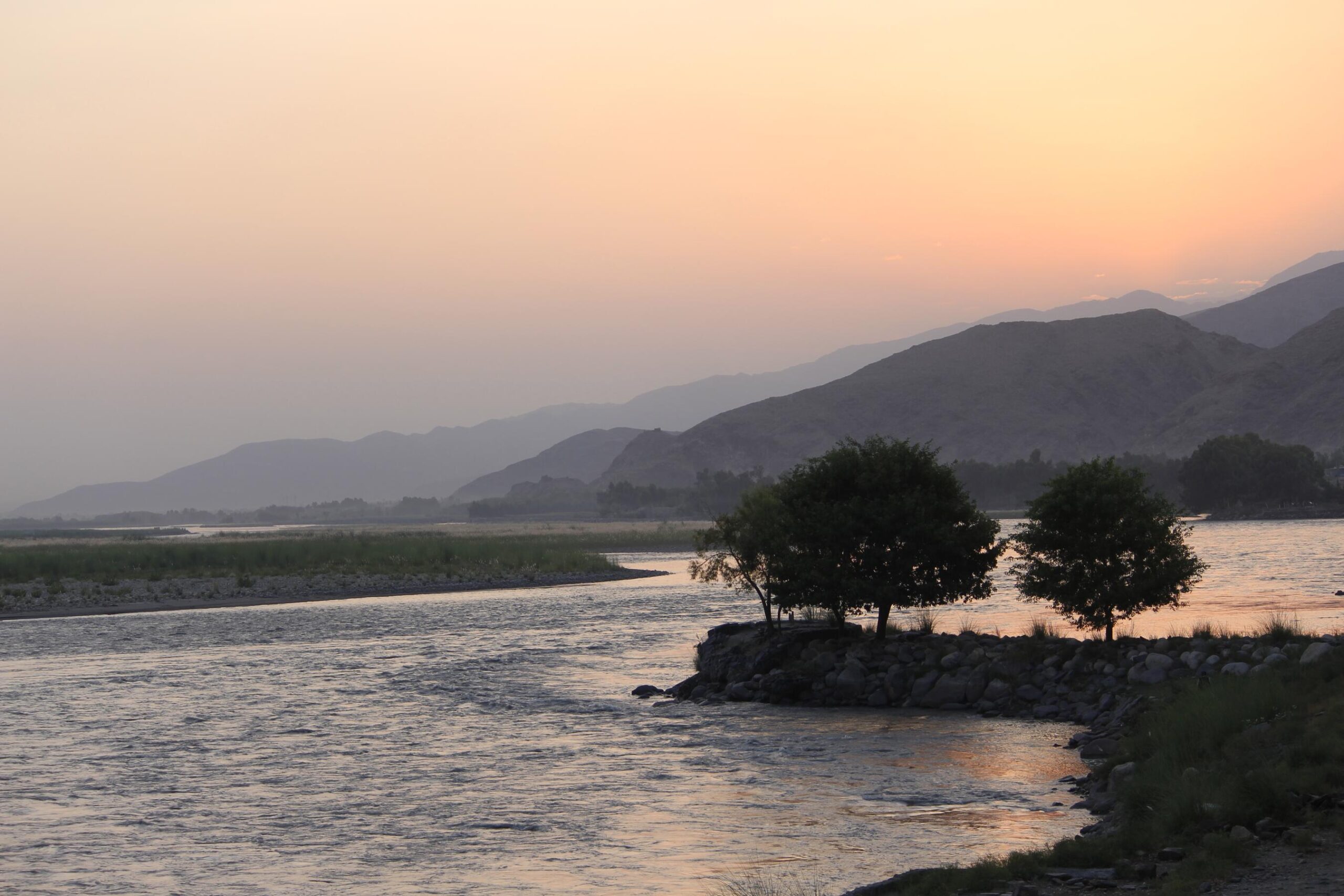 When I was asked to join on a road trip from Kabul to Kunar via this highway, little did I know that the locals referred to the region I was traveling through as the “Valley of Death.” From falling hundreds of feet into a gorge to being hit by a reckless Afghan driver to driving over an IED, the risks are ever-present and unpredictable. So as I accompanied four burly Afghan men on this adventure, I did not expect my journey to be uneventful–and it wasn’t. They warned me of the dangers, but I had already stopped hyperventilating about the magnitude of risks.

Taking the road into a Taliban stronghold comes with multiple caveats. My host launched a lengthy diatribe the day we were to leave. I was apprised of all the do’s and don’ts on the road, especially to stay quiet at all the checkpoints and cover up with a chador (dupatta shawl), which needed to be long enough to cover every inch of me.

But then the journey began, and I was mesmerized by the landscape. For a country that has been ravaged by decades of war, the roads and the highway infrastructure were surprisingly impressive. In fact, I even forgot for a brief moment that I was inching closer to a world that feels like another era. The country’s women rarely leave their houses, and if they do it is never without the ubiquitous blue burqa that has become a permanent fixture of the Afghan culture. One of my favorite things to do on the road was to hide behind my own veil and look men dead in the eye, challenging their authority. It was oddly satisfying to watch them lower their gaze when I refused to lower mine. It was a small act of rebellion to keep myself sane through this adventure.

Our final destination at the end of this road trip was Kunar province, on the eastern edge of the country. It’s an orthodox region where people work hard every day to survive. This infamous red zone has a long history of being at the heart of ISIS and Taliban conflict and the ongoing war and insurgency has left a deep chasm in the hearts and minds of its people. As such, outsiders are not welcome here, let alone a woman traveler.

As we entered deeper into the Taliban territory, I was asked to look modest–as if there was any room for even more modesty. I was already covered in layers of fabric, sweating profusely through my salwar-kameez–the blistering heat and humidity outside did very little to assuage my discomfort. I thought it was an odd request, but I found the next one even stranger: “Don’t tell them you are an Indian.” 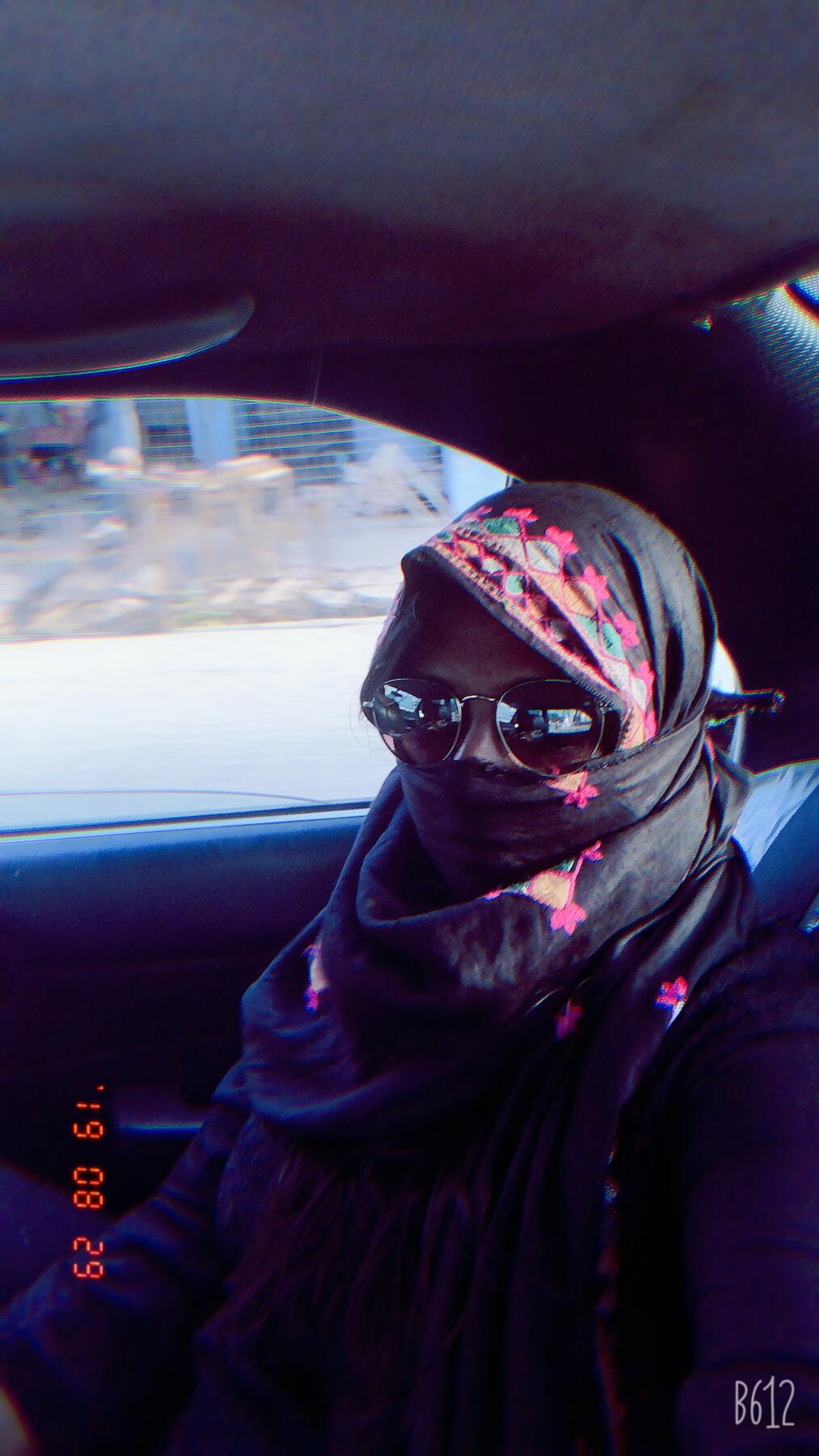 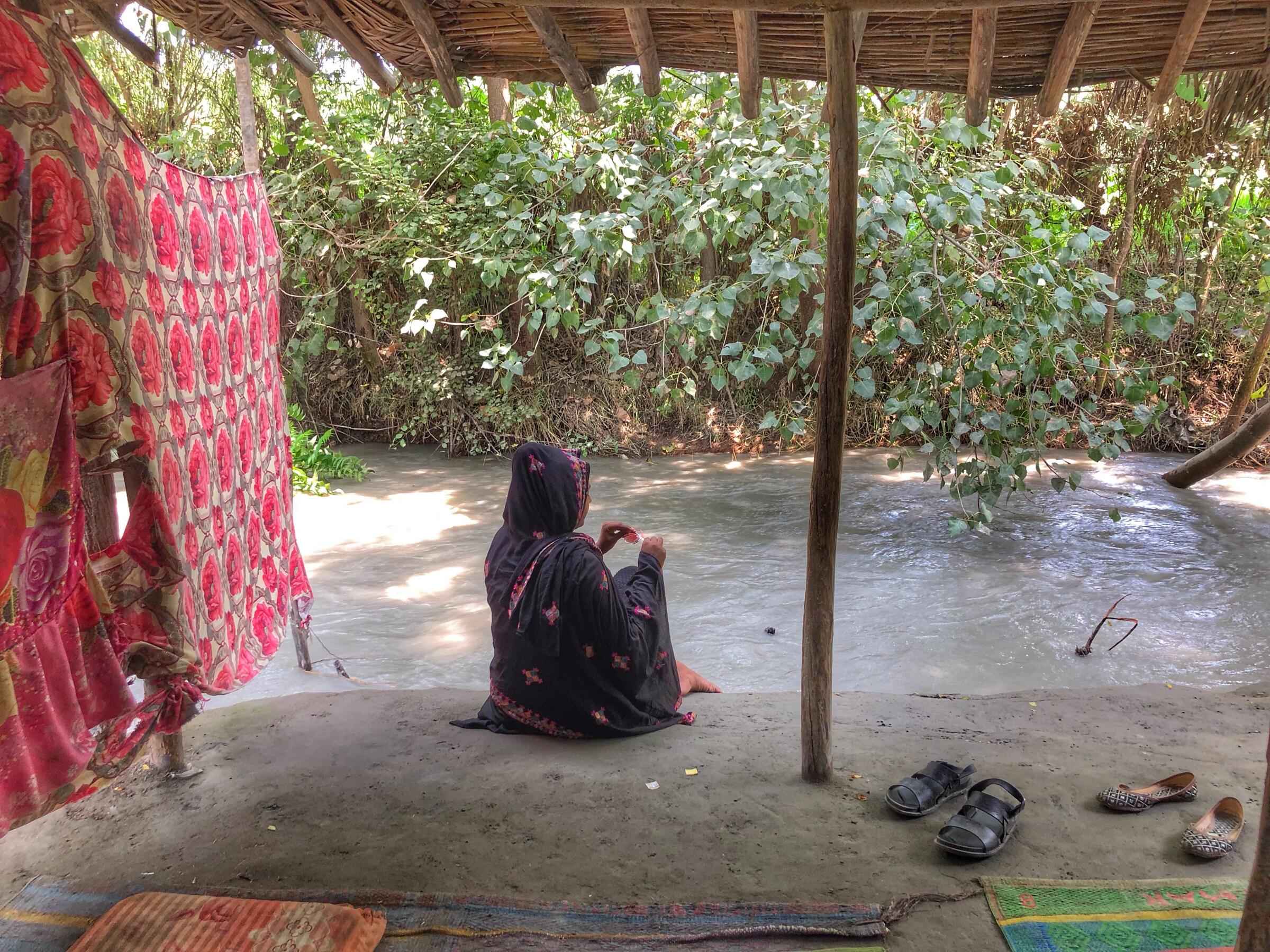 I was confused. Back in Kabul, people instantly took a liking to me when I told them I was from India. Our countries, after all, share good diplomatic relations. Then why was I being asked to hide my identity?

“We are far away from home,” my Afghan friend and host patiently said, “and Indians are at risk of being kidnapped because you are closer to the Pakistan border.” He used a different ruse at different checkpoints, sometimes introducing me as his wife and other times a cousin from Pakistan, but never an Indian.

This explanation made no sense to me, but what other choice did I have but to acquiesce? So for the one-hour stop outside Kunar, I became Zakia from Peshawar, Pakistan.

We reached Kunar at night in the thick of darkness. The accommodations were in the middle of nowhere, an abandoned structure housing a caretaker and his family. As my friends parked their cars, I was asked to stay seated inside while they took stock of the situation outside.

In a quick glimpse, I saw gun-wielding men seated on a charpoy engaged in serious banter. But they were not the only ones with weapons. We too had our own stash of semi-automatics to keep us “safe.”

“You never know. In Kunar, things can get very ugly, very quickly. This is for our safety,” my host added, sensing my unease at the guns. Everything about this place was unnerving, not only the guns, but the ghostly shadows cast by tall trees and the need to maintain a low decibel when talking. I even had to have a gun-toting man accompany me when I went to the toilet.

Until this point, I was enjoying the thrill of being in Afghanistan, driving through its heavily-mined regions, observing its people from a reasonable distance. But then I met a suicide blast victim and the reality of it hit me like a bullet in the face.

The next morning I had more questions than answers. Kunar was shrouded in mystery and its expressionless people made me crave the relative safety of Kabul. On our way back, I took the time to reflect upon this experience and realize how I dodged the proverbial bullet. I was fortunate to have been accompanied by reliable men who went above and beyond their call of duty to keep me safe, with or without the dupatta.

The rebel in me, however, wasn’t happy with the purdah covering. It didn’t seem natural to hide behind something. But I chose modesty and followed the law of the land, first reluctantly and then willingly. Regardless, it was interesting to see how women behind the veil earned a certain kind of respect that not even the staunchest hardliner could violate.