Several Caribbean islands are facing a mosquito-borne virus outbreak, with more than 480 cases reported in the region as of January 20th. Fortunately, there's no need to cancel your winter getaway yet—but be sure to keep track of the latest news on the virus and take any necessary precautions before traveling there. 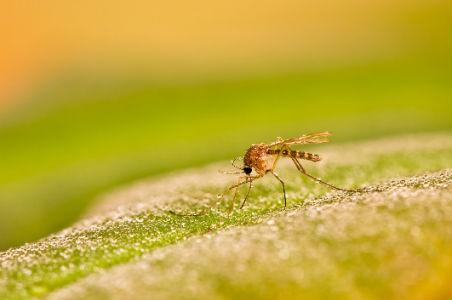 First, the facts: The chikungunya virus is spread by bites from an infected female Aedes aegypti mosquito, and this is the first time the virus has appeared in the Caribbean. Since the disease was first recorded in 1952, it has affected millions of people in Africa and Asia. In December 2013, there were only 10 confirmed cases in St. Martin. Now, according to a January 20th report from the Caribbean Public Health Agency (CARPHA), “confirmed/probable” chikungunya virus cases are present in the following islands: St. Martin with the highest number of 294 cases and the death of an elderly man who contracted the virus but was already severely ill; Martinique, 127; St. Barthelemy, 31; Guadeloupe, 27; Sint Maarten, three; British Virgin Islands, three; Dominica, one; and French Guiana, one.

The most common symptoms, which can take up to seven days to appear, include high fever and joint pain in the wrists and ankles. Although symptoms often last three to 10 days, joint pain can last longer and be more debilitating, but severe hospitalization cases are rare. Because there is no vaccine to prevent or cure the virus, treatment focuses on allieviating the symptoms.

“The fact that it is a new virus to the region, that is why this is such a concern,” a medical entomologist who works for CARPHA said. She noted that there are high populations of the Aedes aegypti mosquito in all of the Caribbean islands. People also frequently travel between the islands, which helps spread the virus. CARPHA, the World Health Organization, and other key organizations are working to reduce the outbreak by eliminating the mosquitoes' potential breeding sites.

The good news? “There is no need to cancel plans,” the CARPHA medical entomologist said. “We're not at that point. None of our borders have been closed.”

Regardless, as a traveler to the Caribbean right now, you're at risk for infection according to the CDC. The mosquitoes can bite indoors and outdoors, and they're most active in late morning and early evening.