Here’s how the new law will affect how you fly.

The FAA Reauthorization was signed by President Trump last Friday afternoon. The new law addresses complaints travelers have been raisings for years (shrinking seats) as well as some that have recently been in the headlines (involuntarily bumping passengers). But there’s one important change the new law doesn’t make that’ll cost you big time … and make airlines a fortune.

It Puts an End to the Incredible Shrinking Economy Seat

You don’t exactly have to be Shaquille O’Neal to notice that the back of the seat in front of you is creeping slowly but steadily ever closer to your knees. The issue isn’t just one of comfort, it’s one of safety. The reauthorization act gives the FAA a year to set a minimum for the width of seats as well as the pitch (distance between the back of your seat and the seat in front of you). So while there’s virtually no chance this will result in restored wiggle room (it’s likely the smallest seats that already exist will set the minimum standard) you at least won’t have to get any more acquainted with the outside of your neighbor’s thighs or the back of their ponytail.

No More Bumping of Boarded Passengers

The forcible removal of Dr. David Dao from an overbooked United flight was perhaps the biggest travel story of the previous year. Footage of the passenger being violently dragged down the aisle of the plane for simply refusing to give up his seat garnered 6.8 million views in less than a day. The outrage was instantaneous but effective protections for travelers failed to materialize. Indeed, people who might otherwise be inclined to reasonably demand they keep the seat they’d purchased might be cowed into compliance, or face being unfairly brutalized. Which might be par for the course if you’re the mafia but isn’t acceptable conduct for legitimate businesses.

The new law would have prevented the United incident, as it makes it so that passengers who have boarded a plane can’t be involuntarily bumped from their flight in favor of other passengers.

Stricter Rules for What Is and Isn’t a Service Animal

Flying is stressful, so who wouldn’t want a beloved pup or, uh, peacock alongside them to put them at ease? But in order to prohibit travelers from passing off their pets as service animals the Department of Transportation has been instructed to set down specific rules regarding service and emotional support animals. 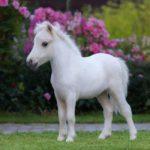 In reaction to a story earlier this year when a French bulldog puppy suffocated after it was placed in an overhead bin at the direction of a United flight attendant, the law also forbids the transporting of animals in overhead compartments.

Since the use of drones has grown in popularity so too have incidents of these unmanned aircrafts causing disruptions when they fly into the airspace around airports. So, no, you can’t go camp out and start taking potshots, but this new law does allow for tighter drone regulations, including giving the government permission to “shoot down” unauthorized drones that have been determined to be “high-risk and a potential target for unlawful unmanned aircraft activity.

Much Needed R and R for Flight Attendants

Despite what early 2000s Gwyneth Paltrow rom-coms would have you believe, being a flight attendant is a job like any other. In fact, considering the high levels of stress, the pressure to show up while sick or face termination, the toll taken on relationships by constantly being on the road, and an epidemic of suicide, it’s an exceptionally challenging profession. The new law takes a step toward improving working conditions by raising the required minimum of resting time between flights from 8 hours to 10.

For many travelers experiencing complaints with airlines, their only recourse has been to face the indifferent mercy of an Escher-esque maze of buck-passing customer service lines which have a tendency to leave customers back where they started, issue unsolved. The new law requires that the FAA establish an “aviation consumer advocate,” making it so customers will have some recourse beyond publicly shaming unhelpful airlines on Twitter.

An earlier version of the law had a proposal that would regulate unreasonably high fees for baggage (checked and carry-on) and making reservation changes. Indeed, paying $200 to make a change to a ticket that costs nearly as much in the first place doesn’t fall under any person’s definition of “reasonable.” You can thank airlines’ aggressive lobbying against the proposal for its removal. After all, they’d be remiss to be so easily parted from their $4.6 billion in tax-free change-fee related profit each year. Might we suggest logging a complaint with a customer service advocate?