Home  >  News   >   New York’s Most Expensive Neighborhoods to Stay In

New York’s Most Expensive Neighborhoods to Stay In 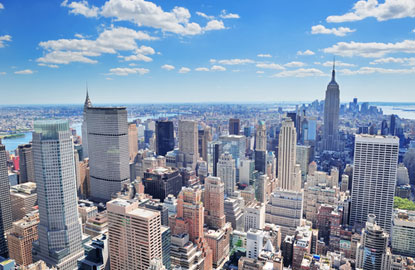 Looking to book a hotel room in NYC anytime soon? If you have your heart set on the Garment District, plan to save your pennies first.

A recent survey conducted by NewYorkHotels.org set out to rank neighborhoods in the Big Apple according to their cost of lodging. The list was compiled by finding the cheapest available double room in a minimum 3-star hotel and stacking them up against hotels throughout the city.

The city’s fashion center, located between 5th and 9th Avenues and running 34th to 42nd Street, proved to be the most costly at $276 per night. The Lower Manhattan neighborhood of SoHo came in at a close second, at $270 per night. Third most expensive was the West Side’s Chelsea neighborhood, at an average rate of $261 nightly.

Looking for something a little easier on the wallet? Try staying in Midtown East or the Upper East Side, where a night in the cheapest 3-star hotel will set you back about $200. And if you’re really looking to save, and a minimum 3-star rating doesn’t matter, head to Murray Hill, where you’ll spend $182 for a double room in a 2-star property.

The survey was conducted from May into June 2012 and focused on cost of bookings from the June through August 2012 timeframe.

Want to see how other neighborhoods compare? Check out the full results at NewYorkHotels.org.