Coronavirus David Silverberg Are Your Kids Heading Back to Summer Camp? Here's What You Need to Know
Home  >  News   >   4 Perfect NYC Itineraries

New York City has so much to offer it’s hard to see and do it all over a long weekend. Here’s how to get into a New York state of mind that matches your interests—food, history, theater or fitness—paired with hotels that are new or recently renovated. 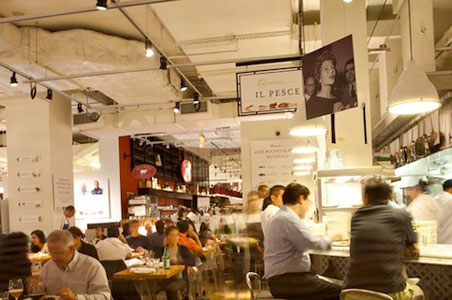 Loosen your belts as you nosh and nibble your way through everything from classic NYC street food to dishes by some of the world’s top chefs (just reserve well ahead).

Friday: Kick things off with fun, flavorful food at David Chang’s Momofuku Noodle Bar in the East Village, April Bloomfield’s The Spotted Pig in the Village, or Marcus Samuelsson’s Red Rooster in Harlem.

Saturday: Hit the Union Square Greenmarket to peruse locally grown fruits and veggies and other fresh goodness. For lunch, follow your nose to Eataly for wine sipping, cheese and salami nibbling, gelato licking, or beer tasting (on the rooftop Birreria). Walk off your overindulgence with a scenic stroll on the High Line, before choosing from a who’s who of famous chefs’ eateries: Daniel Boulud’s Cafe Boulud; Mario Battali’s Babbo; and Jean-Georges Vongerichten’s ABC Kitchen are some of our favorites.

Sunday: Savor brunch in Manhattan at Cookshop in Chelsea or Hundred Acres in SoHo, or venture by subway to one of Brooklyn’s foodie hotspots, like Roman’s in Fort Greene or Egg in Williamsburg.

Stay at: The NoMad Hotel, a stylish Jacques Garcia-designed Flat Iron district property that opened in 2012 and has an atmospheric restaurant helmed by Chef Daniel Humm, from $335/night. 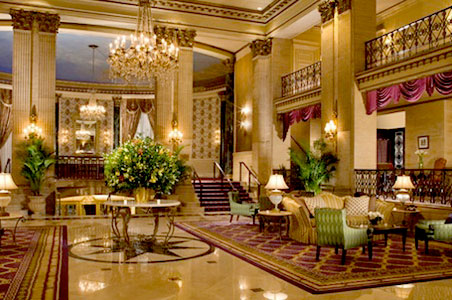 Fans of all things historic will find plenty of neighborhoods and buildings to captivate them in this city that was founded in 1626 as New Amsterdam.

Friday: At the tail end of rush hour, head to 100-year-old Grand Central Terminal and ogle the splendid Beaux Arts architecture, and then hit the subterranean Grand Central Oyster Bar as you throw back a dozen fresh bivalves, followed by a visit to the stealthily located Campbell Apartment for chic 1920s-era vibe and cocktails.

Saturday: Stroll through the living history of Central Park, designed by Frederick Law Olmsted and Calvert Vaux and opened in 1859, with photo-ops at the splendid Bow Bridge and splashing Bethesda Fountain and an alfresco snack at the Central Park Boathouse. Emerge on Central Park West and visit the newly renovated New York Historical Society, before heading to Fifth Avenue, with stops at Rockefeller Center and St. Patrick’s Cathedral. Dine at Keens Steakhouse (it dates to 1885) and then ascend to the circa-1931 Empire State Building’s Observation Deck.

Sunday: Explore downtown to see the fascinating Lower East Side Tenement Museum and Trinity Church and its haunting burial ground, before having brunch at Faunces Tavern (it dates to 1762). Next, stroll across the 130-year-old Brooklyn Bridge as you make your way to the New York Transit Museum (located in a 1930s subway station). Or detour to Coney Island to ride the 1920s-era Cyclone and eat a Nathan’s Famous hotdog—and support the area’s post-Hurricane Sandy recovery.

Stay at: The Roosevelt Hotel, which is about to turn 90 and has been spruced up by a recent renovation—the lobby is especially nostalgic while the 1,015 rooms have classic yet comfortable décor, from $289/night.

Adventures in the Big City 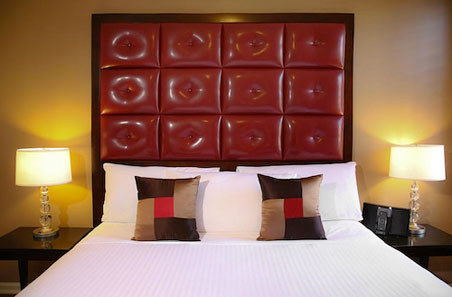 You already know you’ll be walking a lot in New York, but if you are more inclined to run, bike, or play tennis, the city can be your active playground, too. And the best neighborhood for don’t-sit-still types is without a doubt the Upper West Side.

Friday: Lace up and go for a run in Central Park (the entire loop is 10K or 6.2 miles), and then refuel with healthy Mediterranean fare at Fishtag (try a variety of appetizers but the kale salad and octopus are especially delicious).

Saturday: Carbo-load with an everything bagel at 72nd Street Bagel before you rent a bike (from $20 for four hours) at Master Bike Shop NYC and hit the 11-mile (one-way) Hudson River portion of the Manhattan Waterfront Greenway, from the George Washington Bridge to Battery Park. Reward yourself with a farm-fresh four-course tasting menu ($69 per person) at sophisticated yet cozy Telepan.

Sunday: Call ahead and reserve a single play tennis permit ($15 for one hour) for a court at the Central Park Tennis Center, or test your spinning style at Soul Cycle $34/class) before enjoying an egg-white frittata at Nice Matin. Then relax with an afternoon hike in Central Park’s scenic Ramble or a rowboat excursion on the lake.

Stay at: Hotel Belleclaire, recently renovated yet quirky and historic—it opened in 1903 and Mark Twain stayed here—where you’ll feel like a neighborhood local (but do request a room not located on noisy Broadway), from $209/night. 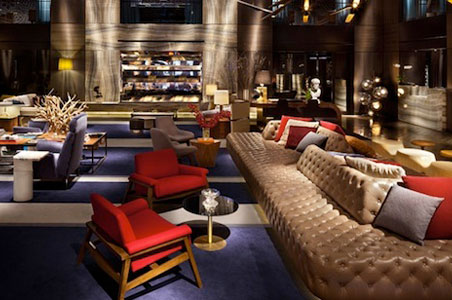 Whether you want to catch one Broadway show or cram in three or four, the play’s the thing for anyone who loves musical or dramatic theater.

Friday: Treat yourself to an early dinner at The Lamb’s Club, Geoffrey Zakarian’s eatery housed the building designed in 1905 as America’s first professional theatrical club, before checking out the 30-50-percent discount offerings at TKTS (47th and Broadway) for a wild-card show choice tonight. Then head to homey West Bank Cafe post-show for delicious nibbles and cocktails—and maybe a star sighting.

Saturday: Take a behind-the-scenes tour of legendary Radio City Music Hall and peruse the scripts for sale at The Drama Book Shop. Later, enjoy a special pre-theater three-course prix-fixe menu at banquette-lined Paramount Bar & Grill before walking to a nearby theater for your pre-booked show, and then return for half-price post-show signature cocktails after 11 pm.

Sunday: Enjoy a nostalgic pre-theater brunch at legendary Joe Allen (check out the “flop wall”), before heading to your matinee performance.

Stay at: The Paramount Hotel, located in the Theater District and newly renovated with a two-story “living room” lobby and elegantly pared down room décor, from $259/night.

Insider Tip: If you plan to visit at least three museums or attractions, consider purchasing a New York Explorer Pass, valid for your choice of 55 sights and activities, from $79-$209 per person for 3-10 activities.