Two years after the shock of Hurricane Katrina, New Orleans is on a bumpy road to recovery. While some crimes have been reported recently in traditionally safe tourist areas like the Garden District and the French Quarter, you shouldn’t be discouraged from planning a visit. “We’re dealing primarily with a perception problem,” Capt. Kevin Anderson, the French Quarter’s police commander, told the Associated Press this week. “When someone gets shot in the French Quarter, it’s not just national news, it’s international news.”

Anderson said 45 more officers are patrolling the French Quarter than before Katrina. He also told the AP that crime is down from 2004 in almost every category. That’s good news for the Big Easy, which has struggled to regain its luster as a leisure destination. This year should prove decisive for the city’s tourism industry, which was buoyed recently by news that New Orleans had its busiest month ever for cruise-ship calls, welcoming 95,000 cruise passengers in December. 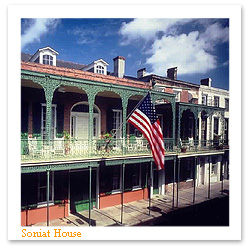 With Mardi Gras coming up next month, it’s high-time to make your hotel arrangements for a trip to New Orleans. Here are some of our favorite properties.

Omni Royal Orleans Hotel
$150 to Over $275, French Quarter
The Omni Royal, an elegant white-marble hotel built in 1960, is a replica of the grand St. Louis Hotel of the 1800s. Sconce-enhanced columns, gilt mirrors, fan windows, and three magnificent chandeliers re-create the atmosphere of old New Orleans. Some rooms have marble baths and marble-top dressers and tables; others have balconies. On the lobby level the recently renovated Rib Room has been one of the city’s culinary showpieces for more than 40 years. The rooftop pool has the best overhead view of the French Quarter in the city. www.omnihotels.com.

Chimes Bed & Breakfast
$100 to $200, Uptown
Chimes Bed & Breakfast has rooms in the main house and a converted carriage house with hardwood or slate floors. A homey environment prevails, with all the conveniences found in large hotels: hair dryers, irons, stereos, coffeemakers, and private entrances. Continental breakfast is served in the airy dining room; afterward you can relax in the butterfly garden in the courtyard. English, French, Arabic, and Spanish are spoken in the house, and children are welcome. All rooms have private entrances onto the courtyard. 5 rooms. In-hotel: no-smoking rooms, some pets allowed. 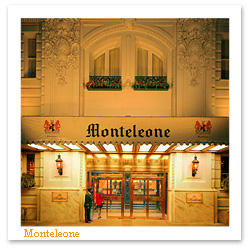 Monteleone Hotel
$150 to Over $275, French Quarter
The Monteleone Hotel is the grande dame of French Quarter hotels, with its ornate baroque facade, liveried doormen, and shimmering lobby chandeliers, was built in 1886 and renovated in 2004. A stellar addition is the full-service Spa Aria. Rooms are extra large and luxurious, with rich fabrics and a mix of four-poster beds, brass beds, and beds with traditional headboards. Junior suites are spacious and sumptuous VIP suites come with extra pampering. The slowly revolving Carousel Piano Bar in the lobby is a local landmark. www.hotelmonteleone.com.

Windsor Court Hotel
$150 to Over $275, CBD
Exquisite, gracious, elegant, eminently civilized — these words are frequently used to describe Windsor Court, but all fail to capture the wonderful quality of this hotel. From Le Salon’s delightful afternoon tea, served daily in the lobby, to the unbelievably large rooms, this is one of the best places to stay in New Orleans. Plush carpeting, canopy and four-poster beds, stocked wet bars, marble vanities, oversize mirrors, and dressing areas are just a few of the many fine pampering touches. The smoke-free New Orleans Grill is here, and the Polo Lounge has one of the best martini presentations to be found. The hotel is four blocks from the French Quarter. www.windsorcourthotel.com.