Coronavirus David Silverberg Are Your Kids Heading Back to Summer Camp? Here's What You Need to Know
Home  >  News   >   5 Cool Things About Pinnacles, Our Newest National Park 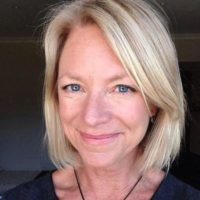 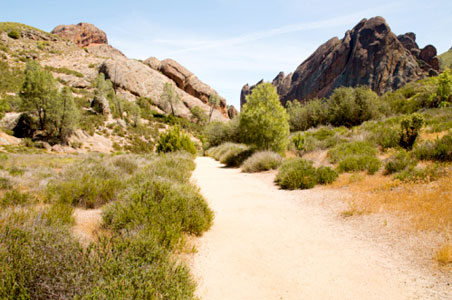 Pinnacles National Park, sprawling across 26,000 acres of ancient volcanic remnants in the Gabilan Mountains about 135 miles southeast of San Francisco, had been a national monument since Teddy Roosevelt set it aside for preservation in 1908. But now its talus caves, rocky spires, and rolling hills enjoy the same official status as iconic Yellowstone, Yosemite, and Grand Canyon parks. (It’s also California’s 9th national park, breaking a tie for the most—at eight—with Alaska.)

Nearly 3.5 million tourists pour into Yosemite each year; in 2012, Pinnacles saw one-tenth that number, despite being a popular destination for rock climbers and hikers, and one of the few places in North America to see endangered California condors flying free. In other words, relatively few people outside of the Golden State are probably familiar with Pinnacles.

So to acquaint you with our newest national park, here are five cool things to know:

It’s for the birds. If you’re ever lucky enough to spot a rare California condor in its natural habitat, your jaw will drop. These prehistoric-looking raptors (they are, in fact, vultures) can have a wingspan approaching 10 feet, and are known to live to 60 years. Only 25 years ago, due to poaching, habitat destruction, and lead poisoning (they’re carrion eaters, and absorb lead from bullets), the California condor was all but extinct, with fewer than two dozen left in the wild. Thanks to a plan that captured all of the remaining 22 wild condors and implemented captive breeding, the numbers have risen to 405 known condors in the world, with 179 in captivity and 226 in the wild. Of those 226, Pinnacles—one of five release sites—is home to 32 of them.

Because these magnificent are birds free-flying and will roam a hundred miles or more, it’s never guaranteed you’ll see one in Pinnacles. (They regularly mingle with a group of condors that inhabit the Big Sur coastline.) But there are a couple of places within the park that they are known to favor.

In addition to condors, prairie falcons have had huge success breeding in the park, as have peregrine falcons, to a lesser extent. Other wildlife includes coyotes, mountain lions, bobcats, wild turkey, and California quail.

And the bees: Pinnacles has the largest number of bee species “per unit area” of anyplace ever studied, with around 400 species. The bees arrive in the springtime to feed from wildflowers, which put on a spectacular vernal display at the park. (It’s not just popular with bees; it’s also the most crowded time of year for tourists.) Unlike the familiar honeybees, most of these species are solitary: They don’t live in hives.

It’s got star power: Pinnacles’ somewhat remote location—far from night sky-obscuring city lights—makes it an excellent base for stargazing.

It’s got caves: The caves found at Pinnacles are talus caves, meaning they were formed when huge boulders toppled into narrow canyons. The two main cave areas are the Balconies Cave on the west side of the park, and the Bear Gulch Cave on the east side. (Pinnacles has an east and west entrance, but no road that connects the two.) Both are popular with hikers—flashlights or headlamps are required!

The Bear Gulch Cave is home to a large colony of Townsend’s big-eared bats, which rest there in winter and raise their young in the late spring and summer. From about mid-May through mid-July the cave is closed while the bats raise their young. (Pinnacles is home to 14 of the 24 native bat species in California.)

It goes to extremes: Pinnacles lies just east of John Steinbeck’s Salinas Valley (between Highway 101 and I-5), 50 miles to the Pacific Coast. The Mediterranean climate means winters are somewhat mild, but a little snow typically falls at higher elevations during December and January. In the summer, however, large temperature swings are common: Days can easily reach 100 degrees or more, and then dip to 50 degrees at night.