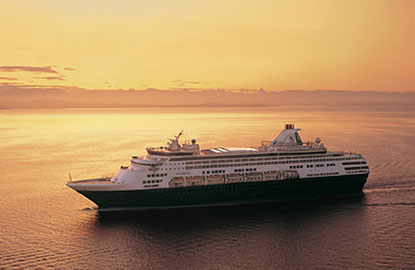 Each September, a contingent of cruise ships head to the coast of New England and eastern Canada for a series of fall leaf-peeping itineraries. Lines from Crystal Cruises to the Disney Cruise Line descend on ports in the United States and Canada like Boston, New York, Quebec City, Montreal, Halifax, and Saint John.

Shore-side excursions include everything from cultural tours, museum exploration, fishing expeditions, coastal drives, hikes in national parks, and lobster bakes on the beach. Back on the ship, the emphasis is on guest lectures and food and wine presentations pegged to the New England region.

New England cruises are a favorite with regional travelers that prefer to drive and park at the port instead of adding the expense of an airline flight. Five years ago, only a handful of ships sailed these routes. Today, more than two-dozen ships ply the northeast coast each fall. There are luxury ships as well as value cruises.

This year, New England cruisers get an extra treat onboard: local Maine lobsters, fresh from the source. Maine fisherman pulled an unprecedented number of these delicious crustaceans from the sea this year—thus dropping prices. Cruise lines like Holland America and Celebrity are buying thousands of pounds of lobsters for their guests while in ports like Portland and Bar Harbor, Maine.

If you’ve never sailed the New England and Canadian coasts, now may be the perfect time to consider adding this itinerary to your vacation agenda.

Ports of Call: Montreal to Boston with calls on Quebec City and Halifax in Canada and Bar Harbor, Maine