News Tina Antwi 'Regenerative Travel' Is the New Buzz Phrase, but What Does It Mean?
Home  >  News   >   New Cruise Ships for 2011 and Beyond

New Cruise Ships for 2011 and Beyond

With the end of hurricane season rapidly approaching, it’s time to start thinking about Caribbean cruises. We’ve got the latest in cruising news with some ships launching as soon as the new year, from mega-Magic to the rebranded small-port pathfinder Adonia.

While some European-bound ships scheduled for launch in 2011 and beyond are new vessels that are almost identical to existing ships (Carnival Cruise Lines’ Carnival Breeze, a Dream-class ship) or brand-new designs (Norwegian Cruise Line and Princess Cruises each have two unnamed ships on the drawing board), at least one "new" ship is actually a refurbished older ship. P&O Cruises’ Adonia, launched originally as an R-class ship by the now defunct Renaissance Cruises, most recently sailed as Princess Cruises’ Royal Princess. 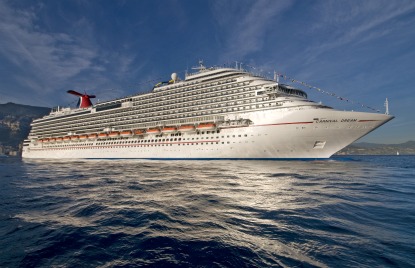 Carnival Magic, Carnival Breeze
The second and third ships in the Dream-class—set to launch in 2011 and 2012 at 112,000 tons and 3,006 passenger capacity—both vessels incorporate the new layout and distinctive profile introduced on Carnival Dream. Features include Ocean Plaza, an indoor/outdoor café and live music venue featuring a large circular dance floor, a half-mile, open-air promenade encircling the ship where four "scenic" whirlpools are cantilevered out over the sea, a two-level Serenity adults-only retreat, and a huge Carnival WaterWorks aqua park.
See our Review of Carnival Cruise Lines»


Celebrity Silhouette, Celebrity Reflection
The fourth of five planned Solstice-class ships is scheduled to enter the Celebrity Cruises fleet in 2011. At 118,000 tons, Celebrity Silhouette will be a 2,850-guest vessel. Of the larger than usual standard staterooms, 90% will be outside and 85% of those will feature balconies. Expect an exceptional range of guest-inspired services and amenities and look for all the trademark elements of Solstice-class ships, with a few surprises as well. The fifth ship, Celebrity Reflection, will launch in the fall of 2012.
See our Review of Celebrity Cruise Lines»

Costa Fascinosa
A sister-ship to Costa Favolosa, Costa Fascinosa will join the Concordia-class in spring 2012. Among the largest ships built for Costa, at 114,500 tons and capable of carrying 3,000 passengers, she will launch with a 20,500 square foot spa, spa accommodations, and a dedicated spa restaurant, along with two swimming pools (each to have a retractable roof—the largest such pools at sea), a huge outdoor movie screen, and a Grand Prix racing simulator.
See our Review of Costa Cruise Lines»

MSC Fantastica
Although a Fantasia-class ship, MSC Fantastica is MSC Cruises’ largest to date. At 140,000 tons, MSC Fantastica will have 3,502 lower berths and will feature MSC’s Yacht Club concept that offers a concierge, private swimming pool, solarium, lounge, butler service, and a dedicated spa entrance for nearly 100 balcony cabins. We understand there will be numerous as yet unnamed features and two more elevators than other Fantasia-class ships when she launches in summer 2012.
See our Review of MSC Cruise Lines»

Norwegian Cruise Line
Details are scarce in NCL’s announcement that they plans to build two new 143,500 ton Freestyle Cruising ships for delivery in spring 2013 and 2014. Each will have approximately 4,000 passenger berths and a rich mix of cabin categories.
See our Review of Norwegian Cruise Lines»

Princess Cruises
Two new Princess Ships are scheduled to launch in 2013 and 2014. While details about the new design are sketchy at this writing, they will be the largest ships in the fleet at 139,000 tons and will carry 3,600 passengers in double occupancy.
See our Review of Princess Cruise Lines»

Adonia
P&O Cruises’ Adonia, the smallest ship in the fleet, carries only 710 all-adult passengers and is considered by the line a pathfinder ship, able to explore ports that larger ships are unable to visit. Originally launched by Renaissance Cruises in 2001, the 30,277 ton ship most recently sailed for Princess Cruises as Royal Princess. Specifics are scarce, but it is expected that Adonia will receive a makeover to appeal to British tastes before entering service in 2011.
See our Review of P&O Cruise Lines»