Coronavirus Leila Najafi Want to Stay in Costa Rica for Over a Year? A New Law Might Help You
Home  >  News   >   New Apple PassBook to Make Travel Easier

The new iOS is coming, and flying will get just a bit easier.

With the impending release of the newest iOS version this week, there has been much speculation about a couple specific features that seem to be targeting the travel world. PassBook—an in-device digital wallet—will be part of the new platform and for travelers it may be the most significant change. Apple is taking the mobile boarding pass and super-charging it, adding functionality that tightly integrates with other iPhone features. And the best part is that the airlines are on board. 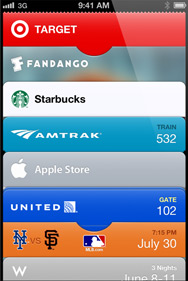 A PassBook boarding pass isn’t functionally different from a boarding pass you would receive via a dedicated app or even a URL linking to a web page on a mobile device. There is a barcode and some flight information available. The magic comes in the way the data integrates to other features on the device. Are you nearing the boarding time for your flight? PassBook can automatically refresh the boarding pass and pop up a reminder so you won’t miss your flight sitting at the bar. And if there is a gate change, the system can alert you, making sure you’re not standing in the wrong terminal when the flight is ready to leave. The system works with both time and location triggers meaning the odds of missing your flight should decrease quite nicely. 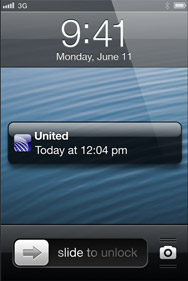 These features are great, but unless the airlines are willing to play along there isn’t much value. And several airlines have invested resources in building up their own iOS apps to handle some of these features. So will they adopt the PassBook platform? All indications say yes.

American Airlines has confirmed that they will support the platform and there are strong indications that Delta will be supporting it as well. United Airlines has also signed on to support PassBook. Leading the pack (though possibly by accident) would seem to be Virgin Australia. A passenger flying the carrier last week happened to be running a beta version of iOS6 and when checking in for his flight was prompted to store the data in PassBook. Following that disclosure Virgin Australia confirmed that they will be supporting the platform. It seems likely that other carriers will quickly follow suit.

Given Apple’s constant drive to build a consistent user experience on their hardware, it isn’t much of a surprise that they are somewhat hijacking the functionality of individual vendor apps to make one which works the same no matter who you’re flying with. And the additional features they are offering are compelling for customers. Seems like a win-win.