Beaches Kaila Yu Do You Enjoy Visiting Hawaii? You Should Pay a Fee
Home  >  News   >   Tips for the Nervous Flier

Tips for the Nervous Flier 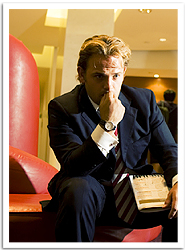 We’ve all seen the cheery statistics that insist we’re far more likely to be attacked by killer bees in our own bathrooms than be involved in an airplane accident. But those figures somehow don’t soothe the jangled nerves and sour stomach that accompany many of us to the airport. If you’re a nervous flier, these tips may help.

Know Your Fear: As soon as the airplane doors close, nervous fliers start noticing things — and every single sound and sensation is often built up into an irrefutable sign of an impending disaster. Classes for people who hate to fly, like the ones offered by Flying Without Fear or Soar, focus on getting you familiar with the normal happenings in-flight. Understanding how planes are engineered and how pilots and aviation systems work is calming. The courses also teach coping techniques to use when you start feeling stressed.

Potholes in the Sky: The tiniest bit of turbulence can send a semi-calm nervous flier into absolute hysterics. It’s hard not to believe that an airplane that’s suddenly morphed into an amusement park ride isn’t going to plummet to the earth at any second. But turbulence really isn’t going to break the plane or fling it from the sky. Keep your seat belt snugly fastened when you’re seated so you don’t get bounced around too badly during sudden, strong turbulence. If you do experience choppy conditions, breathe deep and think of the turbulence as potholes in the road. You don’t assume your life is in imminent danger when you’re driving along on a bumpy road, do you?

Barf Bag Routes: Turbulence can happen on any flight, but is most likely to occur when flying over certain locations due to atmospheric conditions. In the U.S., you may have a rough ride if you’re flying over or near the Rocky Mountains, or over or during takeoff or descent into desert cities like Las Vegas. Arrival and departure at airports situated near mountains (Reno and Denver, for instance), can also produce an interesting ride. Flights to Hawaii can be a bit rough as you near the Islands during the winter months, and inter-island short flights anywhere can get bouncy. Elsewhere: flights over or near the Bay of Bengal, near and over Japan, near the equator in the Pacific, and the flight from Los Angeles to Sydney are all known for roller coaster moments.

Smooth Rides: In general, early morning or late-night flights are smoothest (less low-level hot air meeting the chilly upper atmosphere air). Larger planes handle the sensations of turbulence better than smaller ones, and larger planes also often fly at higher altitudes where they are less likely to hit turbulence. Seats towards the front of the plane will deliver a less bumpy ride than those towards the back. Seats at the rear of the airplane and over the wings tend to be noisier as well, which may disturb nervous fliers. So if you need to fly one of the typically rougher routes, or if you just want the least bumps for your buck, book an early or late flight, and remember to choose a seat towards the front of the plane.

Avoid Self-Created Insanity: Some nervous fliers so dread the whole idea of flying that they avoid packing their suitcases until the last minute and leave for the airport as late as they can. These delaying tactics may take your mind off your fear of flying, but in the long run manufacturing things to be anxious about just makes you more jittery and produces adrenalin that further feeds your fear. It’s far better to get to the airport early and find something to distract yourself with there than to rush around like a lunatic at the last minute.

Boggle your Brain: Include some amusements in your carry on bag that entertain the parts of your brain that are most likely to start manufacturing disaster scenarios if left to its own devices. Crossword puzzles, magazines with lots of photos, a book with good plot twists and plenty of characters will occupy the creative/worrywart segment of your brain better than a newspaper. If you need to work, visual activities like making PowerPoint presentations are more calming than reviewing paperwork (the latter doesn’t engage the more imaginative part of your brain). Try to save the less-scintillating work for your hotel room.

Treat Yourself Kindly: Sometimes having something to look forward to in the near future can help get you through a flight. Consider mailing the makings of a nice relaxing bubble bath to your hotel (since you still can’t carry on a decent amount of liquids at the moment), or plan a wonderful soon-after-arrival activity. When you start to get nervous, take a few deep breaths and think about the joys that are waiting for you at your destination.

Have a few tips of your own? Share your experience overcoming a fear of flying.
Community Forums: Tips for Nervous Fliers